Avert your eyes! My Sunday morning look at incompetency, corruption and policy failure:

• Susan Collins Engineered the USPS Disaster She’s Now Protesting: Trump may be trying to sabotage the election, but the war against the Postal Service goes back decades. (Washington Monthly)
• Final Report on Russian Interference and Ties to Trump Is Released by GOP-Led Senate Panel: A nearly 1,000-page report confirmed the special counsel’s findings at a moment when President Trump’s allies have sought to undermine that inquiry. (New York Times)
• LGBTQ Progress Is Being Reversed in Plain Sight: Donald Trump promised he would fight for LGBTQ people. Instead, his administration has systematically undone recent gains in their rights and protections. Here are 31 examples. (ProPublica)
• Stocks Are Soaring. So Is Misery. Optimism about Apple’s future profits won’t pay this month’s rent. (New York Times)
• White House comes up empty when pressed for evidence of election fraud in court:  The Trump campaign’s 524-page response to a discovery demand turned up precisely zero instances of mail-in vote fraud. (Intercept) see also DeJoy Earned Millions From Company With Financial Ties to Postal Service: The postmaster general, under fire for his business ties and his cost-cutting measures, will testify before the House next week. (New York Times)
• “Hannity Has Said to Me More Than Once, ‘He’s Crazy’”: Fox News Staffers Feel Trapped in the Trump Cult: Inside the network staffers are cringing, and even Trump’s “shadow chief of staff” has his doubts. “If you were hearing what I’m hearing, you’d be vaping too,” Sean Hannity told a colleague during Trump’s early days.  (Vanity Fair)
• At Homeland Security, I saw firsthand how dangerous Trump is for America: Miles Taylor served at the Department of Homeland Security from 2017 to 2019, including as chief of staff. After serving for more than two years in the Department of Homeland Security’s leadership during the Trump administration, I can attest that the country is less secure as a direct result of the president’s actions.  (Washington Post)
• QAnon groups hit by Facebook crack down: Facebook also took down thousands of accounts, pages and groups as part en effort to limit violent rhetoric tied to QAnon, political militias and protest groups. (NBC News)
• Co-opt & Corrupt: How Trump Bent and Broke the GOP: While some authoritarians have political parties of their own creation at their disposal, Trump had no ready-made vehicle for his political ambitions before 2016. He had to win over the Grand Old Party to gain credibility and access to its machine and gain the collaboration of its elites. (New York Review of Books)
• The Most Tremendous Reelection Campaign in American History Ever: Inside the chaotic, desperate, last-minute Trump 2020 reboot (New York Magazine)   see also American carnage: In 2017, Trump promised to end “this American carnage.” Four years later, carnage defines his presidency. (Vox) 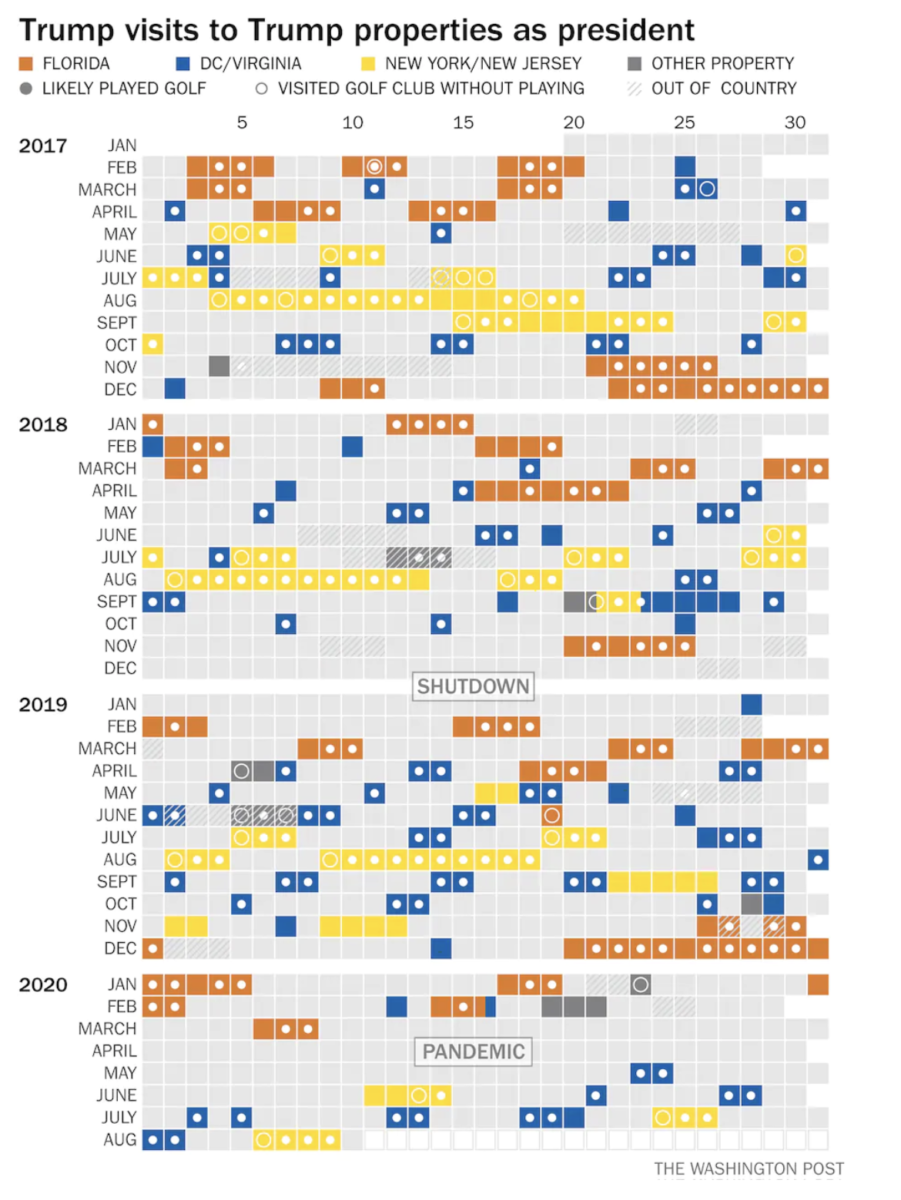 COVID-19 is a marathon, and NM is making good time

COVID-19 is a marathon, and NM is making good time