Avert your eyes! My Sunday morning look at incompetency, corruption and policy failures:

• DeJoy Has a Plan for the USPS, and the Election Got In the Way: If Trump wins, his new postmaster general wants to fundamentally reshape the service. Heads up, Alaska. (Businessweek)
• Capturing the Police: Collective action against police violence has itself led to police violence. In many US cities, law enforcement’s response to peaceful protests was harassment, assault, and tear gas. Smartphones continued to be the best defense against an aggressive, militarized police force (The Verge)
•  The Inside Story of the 25-Year, $8 Million Heist From the Carnegie Library: Precious maps, books and artworks vanished from the Pittsburgh archive over the course of 25 years  (Smithsonian Magazine)
• A Saudi Prince’s Attempt to Silence Critics on Twitter: An ongoing investigation reveals how Mohammed bin Salman’s team allegedly infiltrated the platform—and got away with it. (Wired)
• How Trump Sowed Covid Supply Chaos. ‘Try Getting it Yourselves.’ A landmark White House move left states to secure medical equipment themselves, causing problems that still haven’t abated  (Wall Street Journal)
• The QAnon conspiracy theory is absurd but dangerous. Politicians must confront it: Conspiracy theories are a symptom of a failed status quo – the left must offer progressive alternatives.  (New Statesman) see also Qanon is an Enormous Alternate Reality Game (ARG) Run by Malevolent Puppetmasters: The cast of characters includes Chanel Rion, a racist pig farmer named Jim Watkins aka ‘Q’, and yes, the Russians (Medium)
• Targeted: Pasco’s sheriff created a futuristic program to stop crime before it happens. It monitors and harasses families across the county.  (Tampa Bay Times)
• Larry Flynt: My Final Farewell to the Falwells: The Hustler publisher, who won a landmark First Amendment legal battle against Jerry Falwell Sr., writes about Jerry Falwell Jr.’s fall from grace—and the Trump of it all. (Daily Beast)
• DHS withheld July intelligence bulletin calling out Russian attack on Biden’s mental health: In early July the Department of Homeland Security withheld publication of an intelligence bulletin warning law enforcement agencies of a Russian scheme to promote “allegations about the poor mental health” of former Vice President Joe Biden. (ABC News)
• Donald Trump Has Never Explained a Mysterious $50 Million Loan. Is It Evidence of Tax Fraud? An investigation has uncovered new information about a puzzling Chicago deal (MoJo) 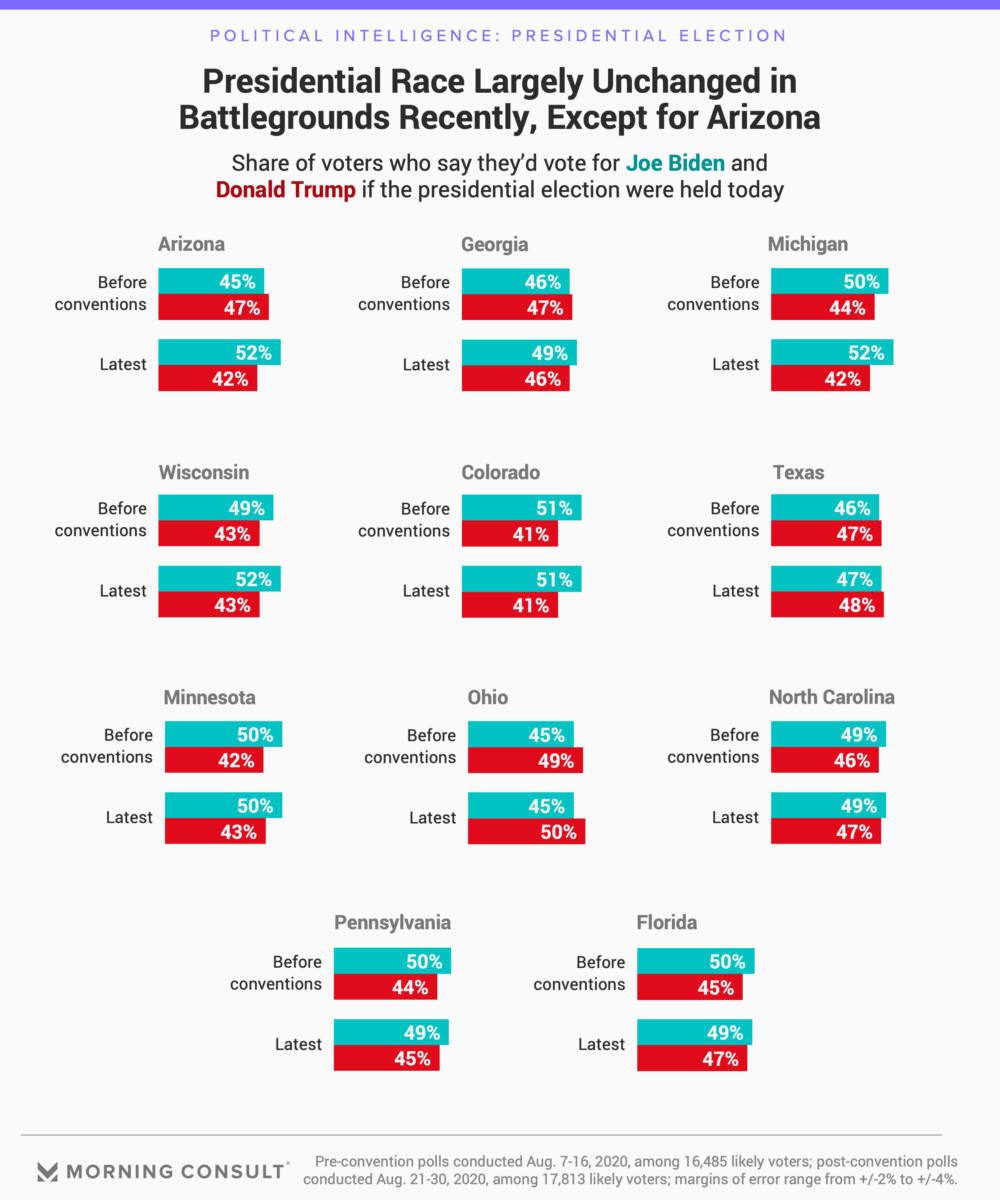 A timeline of unfulfilled promises Trump made about his border wall, a cornerstone of his 2016 campaign which has faded from view in 2020

A timeline of unfulfilled promises Trump made about his border wall, a cornerstone of his 2016 campaign which has faded from view in 2020