Avert your eyes! My Sunday morning look at incompetency, corruption and policy failures:

• Trump’s refusal to wear a face mask is a catastrophe: A face mask might have protected Trump — and the people around him — from the coronavirus. (Vox) see also White House, Petri Dish What I saw inside 1600 Pennsylvania Avenue today is cause for alarm. “I was struck by the lack of safety protocols in place. The most famous address in America now feels like a coronavirus breeding ground.” (The Atlantic)
• Trump Just Lost Control of the Game: His tax returns dispel all his pretensions to wealth and sacrifice, and his reelection campaign is running out of time. (The Atlantic)
• Inside eBay’s Cockroach Cult: The Ghastly Story of a Stalking Scandal “People are basically good” was eBay’s founding principle. But in the deranged summer of 2019, prosecutors say, a campaign to terrorize a blogger crawled out of a dark place in the corporate soul. (New York Times)
• How the IRS Was Gutted: An eight-year campaign to slash the agency’s budget has left it understaffed, hamstrung and operating with archaic equipment. The result: billions less to fund the government. That’s good news for corporations and the wealthy. (ProPublica)
• How President Trump’s false claim of voter fraud is being used to disenfranchise Americans. As the 2020 presidential election nears, it is becoming clear that the Trump administration and the Republican Party are not just looking at but heavily investing in the largely nonexistent problem of voter fraud (NYT) see also Trump’s Losing the Election — So He’s Declaring War on Democracy When a Head of State is Legitimizing Political Violence and Delegitimizing Democracy, You Should Be Very Worried (Eudaimonia)
• Elderly and Homeless: America’s Next Housing Crisis: Over the next decade, the number of elderly homeless Americans is projected to triple — and that was before Covid-19 hit. In Phoenix, the crisis has already arrived. (New York Times)
• A Pro-Trump Militant Group Has Recruited Thousands of Police, Soldiers, and Veterans An Atlantic investigation reveals who they are and what they might do on Election Day. (The Atlantic)
• The Secret History of Kimberly Guilfoyle’s Departure from Fox: A forty-two-page draft complaint that accused Guilfoyle of repeated sexual harassment, and demanded monetary relief. The document, which resulted in a multimillion-dollar out-of-court settlement, raises serious questions about Guilfoyle’s fitness as a character witness for Trump, let alone as a top campaign official. (New Yorker)
• We Reviewed Police Tactics Seen in Nearly 400 Protest Videos. Here’s What We Found. We asked experts to watch videos showing officers using tear gas, pepper balls and explosives on protesters. Police actions often escalated confrontations. (ProPublica)
• Postal Service workers quietly resist DeJoy’s changes with eye on election Many USPS employees see recent cost-cutting changes that have slowed mail delivery as violating the spirit, if not the letter, of the law. (Washington Post)   see also A federal judge just said USPS delays were an “intentional effort” to undermine fair elections: Louis DeJoy must reverse changes leading to widespread mail delays. (Mother Jones)

2021 will set off an avalanche of business insolvencies 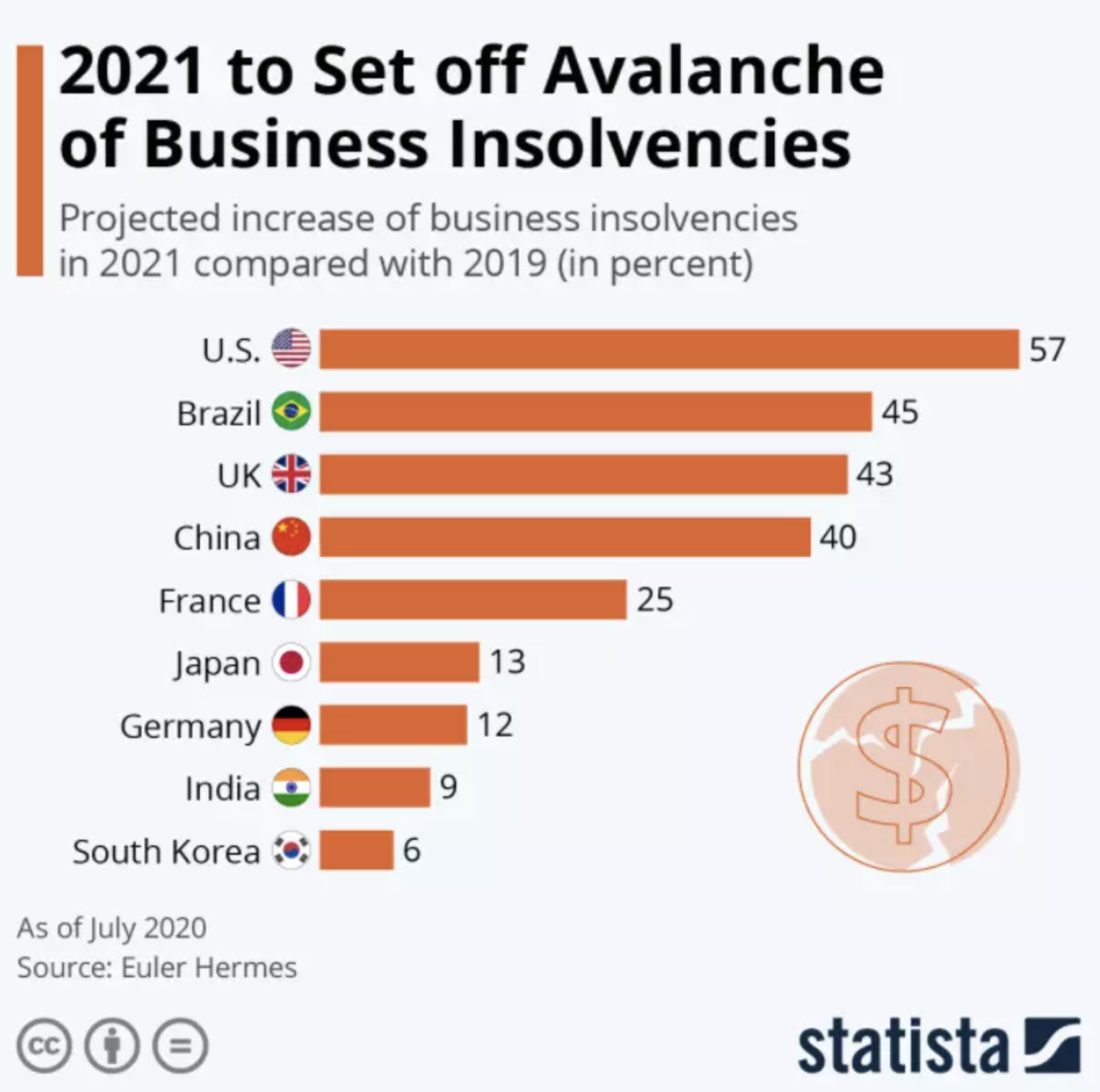 This one-off, record-holding boat has a Ferrari race engine and a $12 million price tag — see the 1952 Arno XI

This one-off, record-holding boat has a Ferrari race engine and a $12 million price tag — see the 1952 Arno XI