• What you need to know about unicorn Ant Financial, potentially the largest IPO in history. That’s fitting of the world’s most valuable private tech unicorn, last valued at $150 billion in 2018 after a record $14 billon funding round. Now it’s targeting a public valuation of $225 billion. (Yahoo Finance)
• Could Negative Interest Rates in the US Ever Happen? Hardly anybody thinks they’ll take root, pointing to their blah record overseas. Not so fast. (Chief Investment Officer)
• Apple wants to stop advertisers from following you around the web. Facebook has other ideas. Sometime next month, iPhone users will start seeing a new question when they use many of the apps on their devices: Do they want the app to follow them around the internet, tracking their behavior? (Vox)
• Why Uber’s business model is doomed: Like other ride-sharing companies, it made a big bet on an automated future that has failed to materialize (The Guardian)
• The Shakeout in the ETF Industry Is Accelerating: A record 188 exchange-traded products have closed, while launches are at their lowest number since 2013 (Wall Street Journal) see also Five Years Since “August 24” — What’s Changed? ETF liquidity ecosystem has improved market structure dynamics (State Street Global Advisors)
• Financially Vulnerable, Independent Music Venues Worry Of Having To Sell: Independent clubs are where the bulk of artists, like Hoge, Anne and Price, save for the odd TikTok or YouTube breakthrough, get their start. (NPR)
• Get Lost in 70 Years of Old IKEA Catalogs: The Swedish furniture giant dropped its catalog archives online, letting shoppers browse 19,000 pages of midcentury Scandinavian design (Bloomberg)
• Is The Electoral Map Changing? We looked at how 16 battleground states have voted in the last five presidential elections to see how they might go in 2020 (fivethirtyeight)
• Your Covid Gray Hair? It’s Here to Stay: People are dropping the dye and embracing silver beards and roots. Reactions vary; ‘confusing me with the Unabomber’ (Wall Street Journal)
• How college football players discovered their power and why it’s just the beginning: All summer, the voices of college football players grew louder as they realized and embraced the leverage they wield. These athletes upended the power structure in college sports, which often encourages them to remain quiet and not question leaders. (Washington Post)

The Median S&P Stock Has Never Been More Expensive 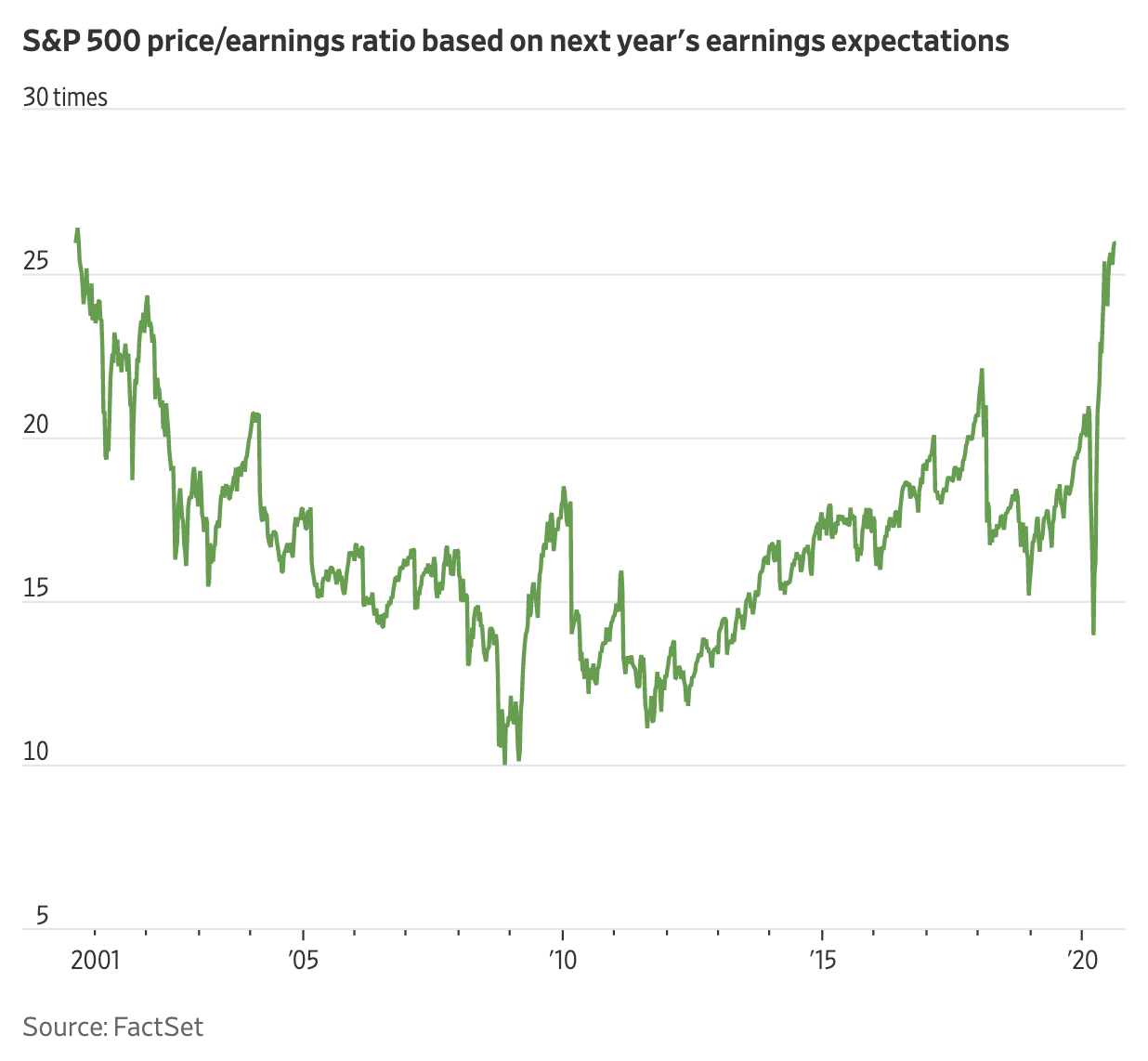