• All Wrapped In One: 2020 is unlike anything we’ve ever experienced: This year has included some versions of the following: The income inequality of the gilded age, pandemic of 1918, economy of 1929, social movements of the 1960s, stock market of 1987, speculation of 1999 and the housing market of 2006 (Irrelevant Investor)
• The Big-City Exodus Isn’t Very Big (Yet) Yes, the pandemic has caused some to flee New York and other cities. Whether the trend builds depends on the recovery. (Bloomberg)
• The commuters are revolting: The cubicle drones are revolting. Having been encouraged to work from home during lockdown, the hordes who packed the pre-coronavirus commuter trains are dragging their heels about returning to work.  (Unherd)
• The sports trading card boom: Sports trading cards are enjoying something of a renaissance, fetching greater value than ever before and engendering excitement on a level not seen since their last golden age in the 1990s. (Axios)
• Why do taxpayers subsidize rich farmers? About half the money went to farmers with household incomes over $150,000. That means billions of dollars, every year, go to households with income nearly three times higher than the median U.S. household income, which was $55,775 that year. (Washington Post)
• U.S. Debt Is Set to Exceed Size of the Economy Next Year, a First Since World War II: U.S. debt has reached its highest level compared to the size of the economy since World War II and is projected to exceed it next year, the result of a giant fiscal response to the coronavirus pandemic. (Wall Street Journal)
• Facebook, The PR Firm: A couple weeks ago, I talked about the dual reality I seemed to be living in. In one, there’s an America that’s in shambles, with her back broken from unemployment and poverty and tiny virus, and another that seems to be awash in cash, with investors who are dying to pour millions of dollars to yet another tool for thought or a future of work idea.  (Margins)
• Filming a Daily Technology Television Show in a Pandemic from Home: Hi friends, it’s Emily Chang, your Bloomberg Technology anchor who’s six months into hosting a live daily show from home, with four kids and remote school. This has been the most frustrating, challenging, but also rewarding time. I want it to end immediately and go on forever. Where do I start? (Bloomberg)
• The True Colors of America’s Political Spectrum Are Gray and Green: The pattern we observe here is consistent with the urban-rural divide we’re accustomed to seeing on traditional maps of election results. What spans the divide — the suburbs represented by transition colors — can be crucial to winning elections.  (New York Times)
• The Fractured World of Tennis Amid a Prolonged Pandemic: “I would say over ninety per cent are not getting paid.” The tennis ecosystem was so fragile and fractured—and why most players weren’t paying their coaches during the pandemic. They weren’t paying their fitness trainers, massage therapists, managers, or hitting partners, either.  (New Yorker) 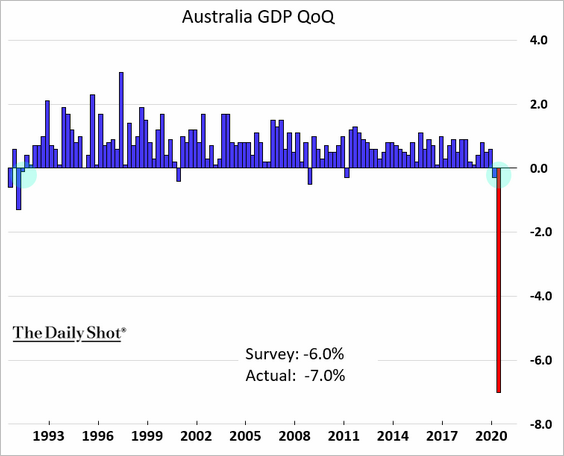 Editorial: If a year deserved the Zozobra treatment, then 2020 is the one