The weekend is here! Pour yourself a mug of Le Mans Coffee coffee, grab a seat outside, and get ready for our longer form weekend reads:

• The Road Ahead: Charting the pandemic over the next 12 months — and beyond: Now — with health authorities saying it may not be until at least the end of 2021 before there’s a degree of post-Covid normalcy in our lives — look forward. Imagine the next 15 months and what life will be like. (STAT)
• Egregious Founder Shares. Free Money for Hedge Funds. A Cluster***k of Competing Interests. Welcome to the Great 2020 SPAC Boom. Since 2015, the 89 SPACs that have completed mergers have an average loss of 18.8% (median loss of 36.1%); Only 29% of the SPACs had positive returns. Average aftermarket gain for IPOs? 37.2% (Institutional Investor)
• The High Privacy Cost of a “Free” Website: Trackers piggybacking on website tools leave some site operators in the dark about who is watching or what marketers do with the data (The Markup)
• The Cheating Scandal That Ripped the Poker World Apart: Mike Postle was on an epic winning streak at a California casino. Veronica Brill thought he had to be playing dirty. Let the chips fall where they may. (Wired)
• #FinCENFiles: The Untold Story Of What Really Happened After HSBC, El Chapo’s Bank, Promised To Get Clean: From the FinCEN Files investigation: Secret documents show how one of the world’s biggest banks kept doing business with companies that its own employees raised red flags about. (Buzzfeed)
• Meet The Secretive Billionaire Who Makes McDonald’s McNuggets, Burger King’s Impossible Whoppers And More: New Forbes 400 member Sheldon Lavin owns OSI Group, the behind-the-scenes food supplier that makes McDonald’s hamburgers, Chipotle’s carnitas, Oscar Meyer’s hot dogs and even Burger King’s Impossible Whoppers. (Forbes)
• Injured? Bruised egos, gobs of money, and the bitter feud that took down Cellino & Barnes, New York’s absurdly ubiquitous accident law firm. Over the past 25 years, he had helped turn a small-time Buffalo personal-injury law firm into a New York institution, one with eye-popping profits and an empire of advertisements so widespread you wondered if everyone who got into an accident in the state would end up as its client. But now everything he’d built was at risk of falling apart.  (New York Magazine)
• The Earthquake that Catalyzed the “Humanitarian Big Bang” How an earthquake in Lisbon kickstarted the trend of international aid. It was a sign of just how dependent countries had become on one another. But it also signified another important shift—from a world explained by religion to one explained by science. (Behavioral Scientist)
• Simulating Democracy:  If Then: How the Simulmatics Corporation Invented the Future (New York Review of Books)
• Ghosts, Guitars, and the E Street Shuffle: How Bruce Springsteen confronted death, saw Clarence in his dreams, and knocked out a raw and rocking new album with the world’s greatest bar band (Rolling Stone)

Be sure to check out our Masters in Business interview this weekend with Pedro Earp, Chief Marketing Officer at AB InBev as well as the director of the company’s Venture Capital fund, ZX Ventures Officer. AB InBev is the world’s leading brewer, selling about ~1/4 of all beer around in the world beer in more than 150+ countries with such brands as Budweiser, Corona, Stella, Becks, Hoegarden, Modela, and 100s others. 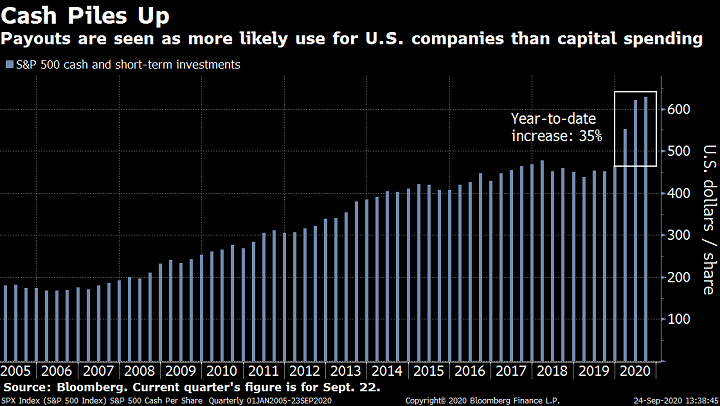 AP: Own an Echo? Amazon may be helping itself to your bandwidth