AP: In virus chaos, some find solace, purpose in helping others | MrTopStep.com
Skip to content
By JOCELYN NOVECKtoday
This image released by Damien Escobar shows Escobar with medical staff at Queens Hospital in the Queens borough of New York. Many people are reaching out to help others during the pandemic, and some say it’s helping them regain a sense of control in their lives. Escobar, a contemporary violinist based in New York, has distributed protective equipment to first responders, raising $50,000 from a charity concert. He has pivoted to a new campaign, “Masks for the Masses,” to get masks to the homeless and low-income families. (Damien Escobar via AP)

NEW YORK (AP) — In April, as the coronavirus was ravaging New York, Susan Jones learned her older brother had been diagnosed with a blood cancer.

His supervisor at work launched a GoFundMe page to help with costs, and Jones shared it on Facebook. What happened next stunned her.

While Jones, who works as principal ballet mistress at American Ballet Theatre, was confident her closest friends would help, she was stunned to see scores of colleagues — some she didn’t even know that well, and didn’t even know she had a brother — donating, despite their own economic challenges in a struggling dance community.

Jones found herself asking: Would the response have been the same just two months earlier, before the pandemic? She’s fairly certain it wouldn’t. Instead, she thinks the instinct to help shows, along with simple kindness, how people are striving to make a difference. At a time of helplessness, she says, helping others makes a mark on a world that seems to be overwhelming all of us. 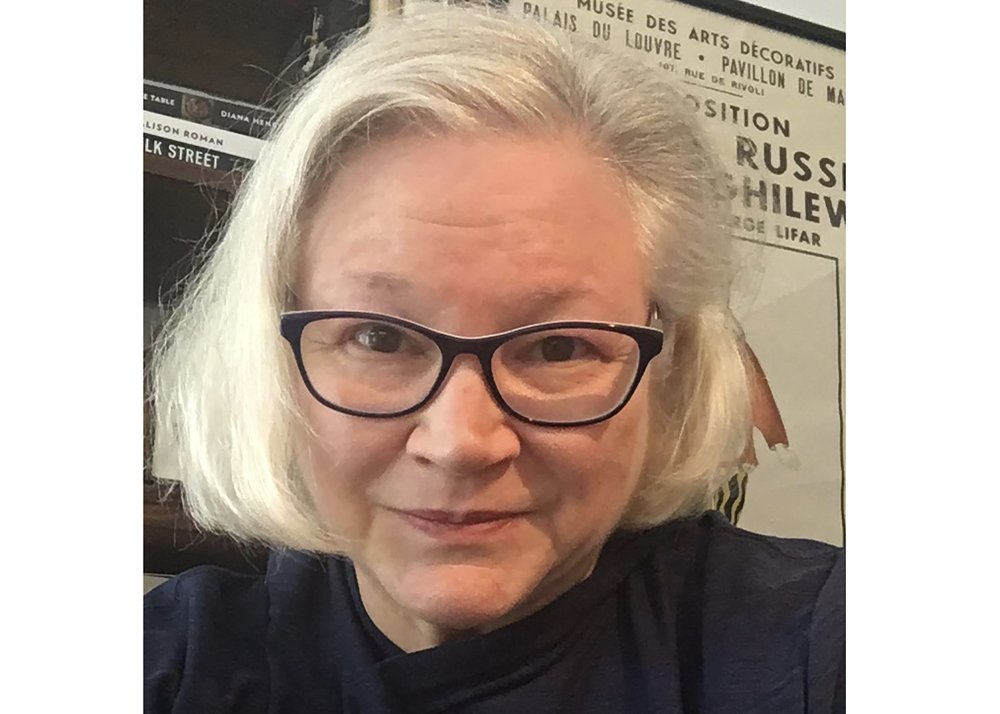 Susan Jones saw dozens of colleagues at the American Ballet Theatre donate to a fundraiser for her brother, who has a type of blood cancer. (Susan Jones via AP)

“People everywhere are trying to keep control of their lives, grasping at anything to preserve who they are,” Jones says.

That helping others can feel good is not just an anecdotal truth but an idea backed by research, says Laurie Santos, psychology professor at Yale University and teacher of the school’s most popular course to date: “Psychology and the Good Life.”

“The intuition that helping others is the key to our well-being right now fits with science,” Santos says. “There’s lots of research showing that spending our time and money on other people can often make us happier than spending that same time or money on ourselves.”

“Taking time to do something nice for someone else,” she says, “is a powerful strategy for improving our well-being.”

One recent day, Damien Escobar, a contemporary violinist based in New York whose touring gigs have been halted by the pandemic, was heading into a neighborhood chain drugstore when he saw a homeless man begging outside.

Escobar rifled through his pockets and found a dollar or two before he realized what the man was really seeking: a mask, so he could enter the store and buy water and essentials.

“That blew my mind,” says Escobar, 33, who himself was homeless less than a decade ago, sleeping on the subways. He also found that employees at a nearby parking garage were asking for spare masks.

“There was a huge need here,” he says. He’d already been getting protective equipment to first responders, raising $50,000 from a charity concert, but pivoted to a new campaign, “Masks for the Masses,” to get masks to the homeless and low-income families.

Escobar is clear about the benefits not only to those on the receiving end, but to himself.

“I’m essentially unemployed. I make my money on the road. If I weren’t doing this I’d probably be stuck at home battling a bout of depression,” he says. “They say once you get out of the world and into the world of someone else, your problems don’t really exist anymore.” 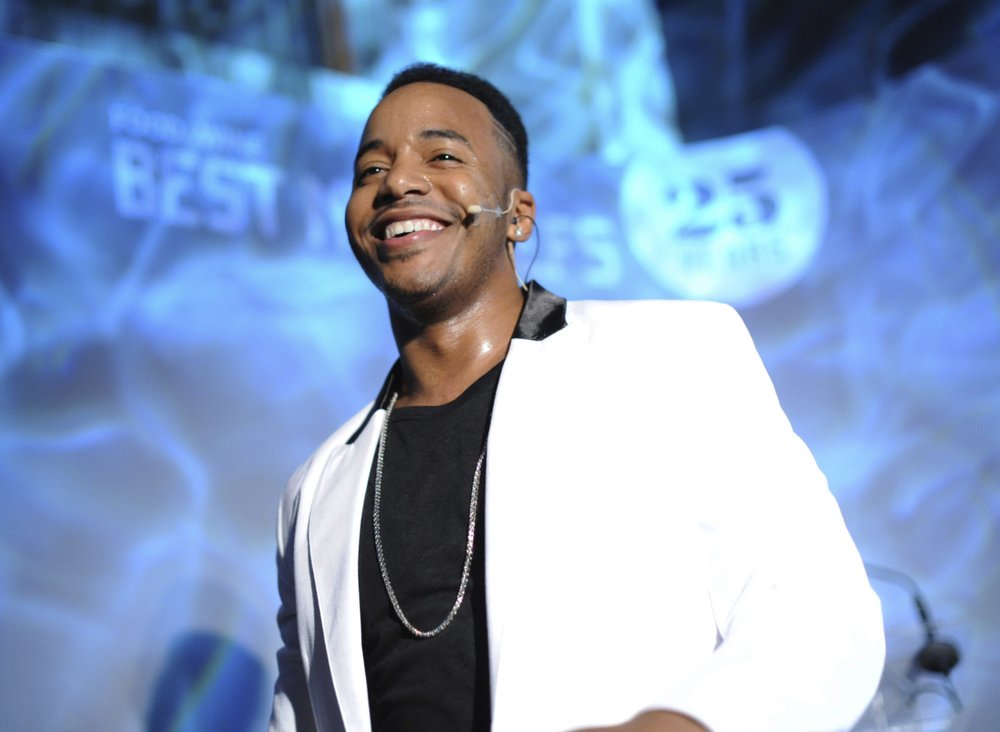 In her practice, psychologist Catherine Lewis has often found people are happier when they can take action.

“In the work of trauma, we know that people who have good outcomes are the people who are doing something — mobilizing, fighting back,” she says. “The hardest piece is when you are stuck, confined, frozen.”

When the pandemic struck, Blake Ross, a 37-year-old mother of a toddler in New York, was testing the waters to re-enter the job market — in the field of event programming, as it happens. During her break, she’d been enjoying the company of other young mothers. Like many Manhattanites, it was the very density of the city that had led to her greatest pleasures there.

Suddenly “all that was taken away, very swiftly.” Ross wondered how she could remain connected with the world — not just with friends and family, but also people she didn’t know, those random, fortuitous encounters that make city life appealing for many. She hit on the idea of a website to connect people who wanted to help with those who need it.

Taking a cue from her theater-industry background, she called her site “Kindness of Strangers” after the line in Tennessee Williams’ “A Streetcar Named Desire.” Some 500 people from New York and around the world have signed on.

“It’s been everything from ‘I just want a friendly face to laugh with’ to offering one-on-one yoga instruction, to an energy healer, offers to buy groceries, job-search coaching, tutoring children and reading stories,” Ross says. The service connected a choir teacher who wanted to keep the music going with a singer, and a librarian in Michigan with a librarian in Alaska.

Ross has partnered with Enlivant, which runs senior homes in 20 states, and has set up an adopt-a-grandparent program. 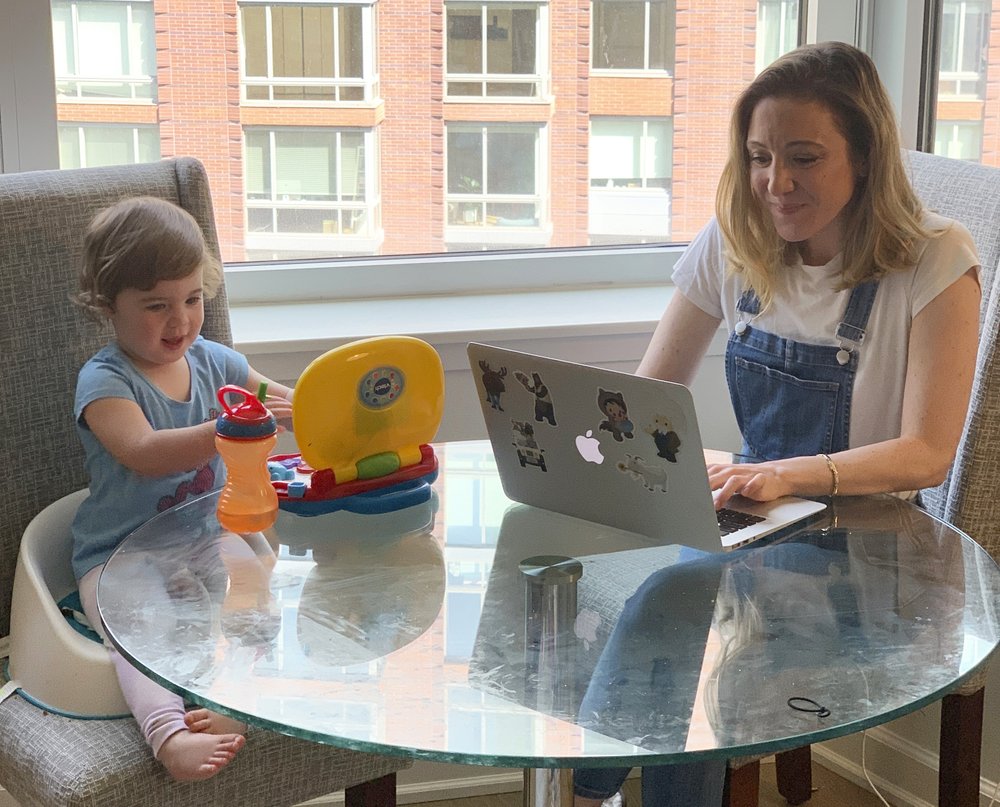 Blake Ross, founder of Kindness of Strangers, works on her laptop alongside her 2-year-old daughter Tess. Ross has partnered with Enlivant and set up an adopt-a-grandparent program. (Colin Nanka via AP)

“The essence of volunteering is that you feel wonderful after giving of yourself,” Ross says. “You certainly get as much as you give.”

There are many such initiatives, from more organized ones to simple scrawled signs in apartment elevator banks, from younger residents offering to go shopping for older ones. That doesn’t mean, however, that traditional philanthropy is in good shape.

“Sure, individuals and some nonprofits are stepping forward to help,” says Marcia Stepanek, a professor in Columbia University’s Nonprofit Management Program. But for the most part, she says, recent surveys of nonprofits show that donations are dropping precipitously because donors are “skittish about the economy as well as the job market.”

“COVID-19 is upending the sector,” she says.

Be that as it may, many individuals are finding, in the process of reaching out to others, not only satisfaction and purpose but also perhaps a means of asserting their identity. That’s how Jones, the ballet mistress, sees it. Friends and colleagues have contributed nearly $6,000 to her brother’s care.

“This virus has robbed us of our identities,” she says. Giving, she says, “makes one feel included, not alone, and lends us a sort of new identity.”

She adds: “I’m feeling deeply touched to be on the receiving end of that.”