Congress faces deadlines, OPEC fails to agree ahead of meeting, and a huge takeover.

Time is running out in Washington for Congress to agree on a new round of funding for government spending, while odds dim for the confirmation of Judy Shelton to the Federal Reserve Board and on another round of stimulus. With finishing work on bills that will avoid a shutdown on Dec. 11 the priority, the $2 billion for President Donald Trump's border wall in the Senate version is likely to be a sticking point for Democrats again. Trump has also threatened to veto the annual defense authorization bill over language that would force the military to rename bases currently named after Confederate leaders.

Ministers from OPEC countries and their allies failed to make progress yesterday on extending the oil-production cuts that are due to expire in January. That meeting was a pre-meeting, with the main event kicking off today with OPEC oil ministers who will be joined by non-OPEC members tomorrow. A barrel of West Texas Intermediate for January delivery dropped below $45 this morning as certainty over future global output remains elusive.

S&P Global Inc. is in advanced talks to buy IHS Markit Ltd. for about $39 billion in what could be the world's second largest takeover this year, with an announcement possible as soon as today. The Wall Street Journal, which first reported the talks, said the deal would be an all-stock transaction. Elsewhere, Airbnb Inc. and DoorDash Inc. will disclose higher-than-expected valuation ranges for their initial public offerings this week, according to people familiar with the matter. There was more bad news for Jack Ma's Ant Group Co. which now looks unlikely to get its stalled IPO completed next year.

There are some signs of a reversal in the rotation that sent stocks to all-time highs, possibly as investors book profits for the month. Overnight the MSCI Asia Pacific Index dropped 1.6% while Japan's Topix index closed 1.8% lower. In Europe, the Stoxx 600 Index was 0.1% higher by 5:50 a.m. Eastern Time with banks the biggest laggards. S&P 500 futures pointed to a decline at the open, the 10-year Treasury yield was at 0.844% and gold dropped further below $1,800 an ounce.

In the wake of the 2020 vote, there's been some discussion about whether prediction markets like PredictIt and Betfair are useful for forecasting election outcomes. For years, some people have argued that those placing bets on the outcome of specific events have the ability to synthesize the wisdom of crowds in some important way. Others have argued that it's just gambling and noise so not particularly useful.

Politics aside though, prediction markets are already incredibly popular. In fact the biggest, most important single market in the world — the trade in U.S. government bonds — is literally a prediction market, not that much different than PredictIt.

The yield on a government bond can be decomposed into a series of short-term yields. So for example, the yield on the 2-year is currently 0.1524%, which represents the expectation that over the next two years, the overnight yield will average exactly that. But the overnight yield is set by the 12 voting members of the FOMC, who meet eight times a year. So a purchase (or sale) of a 2-year note is a bet on what 12 individuals will do over 16 distinct events. It's literally a bet on vote outcomes or a series of vote outcomes. This is just as true longer out on the yield curve. People don't describe it so explicitly, but there's no reason you can't think of the 10-year yield as reflecting how you expect 12 individuals to change policy over a series of 80 meetings. 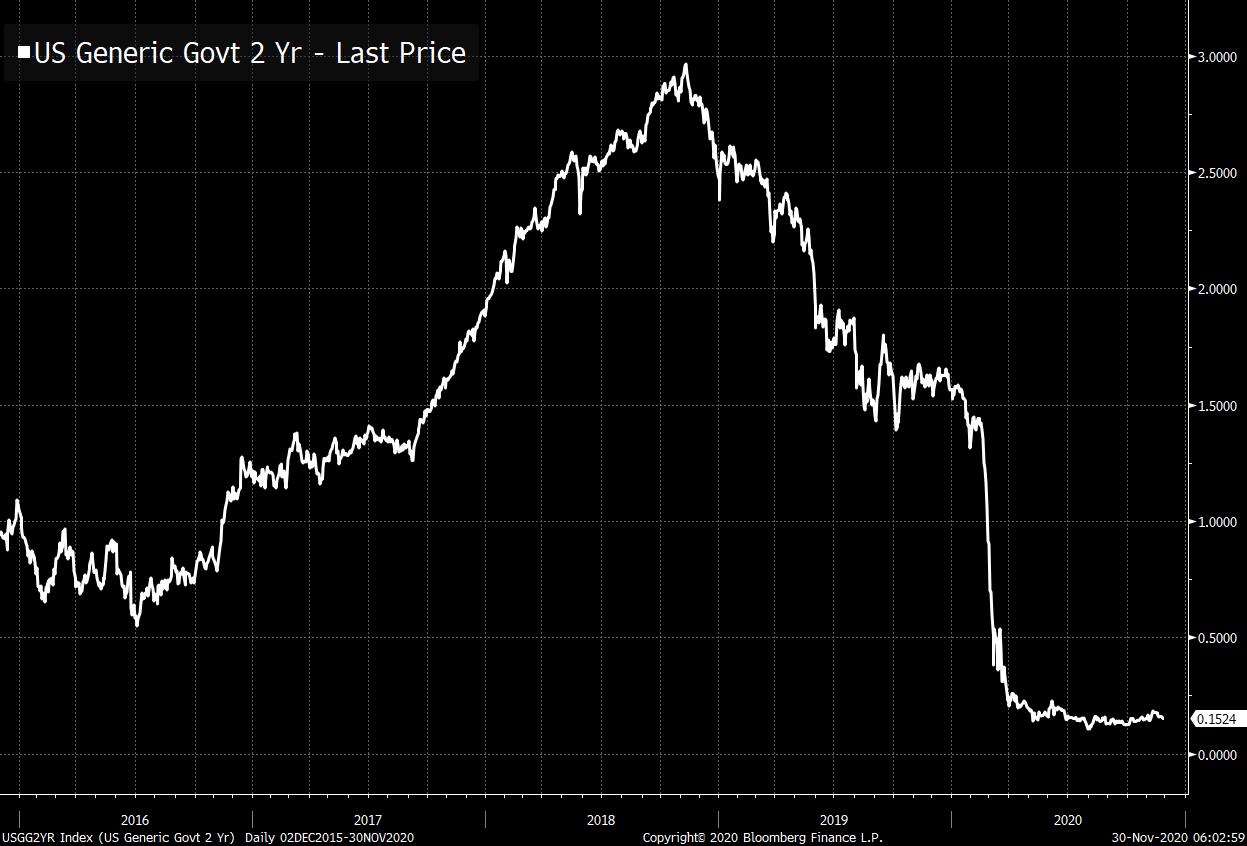 Of course, typically when people talk about where they see rates on government bonds going, they talk about their expectations for inflation, growth and so forth. But this abstracts away an important layer. It's not inflation or growth or employment, per se, that influences bonds… rather it's what people expect the FOMC will do in response to the inflation, growth and employment data. Earlier this year, the Fed instituted a form of forward guidance, and you can think of that as the Fed saying "we're going to react to data differently than how we did in the past."

Anyway, this market is extremely smooth and well functioning. Politics aside, the basic premise of these markets — betting on discrete events — is well established and vindicated at the highest level.