China is letting its companies default. Republicans are fracturing over Trump's efforts to overturn his election defeat. What Asian stock investors are betting on in 2021.

After letting inefficient firms survive for years, Beijing is now allowing the nation's companies to fail, with bond defaults rising to a record $30 billion in 2020. Scrutiny and punishment of credit-rating agencies are increasing, while domestic exchanges delisted at least 16 stocks from their main boards last year – the most in data going back to 1999. And for Chinese companies listed in the U.S., a funding boom worth at least $144 billion is now increasingly under threat, after the New York Stock Exchange said it would delist three state-owned telecom companies on New Year's Eve. Chinese stocks listed in the U.S. fell on the prospect of further sanctions.

Asia stocks are set to decline Tuesday amid concern that a surge in global coronavirus cases could crimp the nascent economic recovery and ahead of key runoff elections in the U.S. Gold rallied. Futures indicated shares in Japan, Australia and Hong Kong will open weaker. The S&P 500 Index suffered its worst decline to start a year since 2016 and the biggest drop in almost 10 weeks. The Cboe Volatility Index - a gauge of expected price swings for the S&P 500 known as the VIX - surged the most since October. The dollar and Treasuries were steady. The pound tanked as England entered its third lockdown. Elsewhere, oil sank as OPEC+ talks were unexpectedly suspended on Monday. Bitcoin’s rally fizzled out.

Republican lawmakers in Washington are fracturing over President Donald Trump’s effort to persuade Congress to overturn his re-election defeat, as his allies spar with conservatives who say the Constitution doesn’t give them the power to override voters. Trump further undermined his case after he asked Georgia’s secretary of state on Saturday to “find” the nearly 12,000 votes he’d need to overcome President-elect Joe Biden’s victory in the state – a call some Democrats say would be an impeachable offense. The drama is unfolding on the eve of Senate runoff elections in Georgia that will decide control of the chamber for the next two years.

After narrowly beating their U.S. peers for the first time in three years in 2020, Asia's outperformance is seen growing in 2021, according to analysts. They see the MSCI Asia Pacific Index rising about 8% over the next 12 months, versus an estimated 6% gain for  the S&P 500 Index. This is what Asian stock investors are betting on in 2021.

Fresh hiring in China by global banks including JPMorgan and Nomura as Beijing opens its $53 trillion financial market helped grow the nation’s headcount of research analysts to a record for a fifth straight year. Registered analysts climbed 8% to 3,475 last year, according to the Securities Association of China. By comparison, the combined equities research tally at 12 major banks worldwide shrank by 12% in the first half, data from consultant Crisil Coalition show, confirming a trend that has seen Wall Street push its way into the world's number two economy, even as Washington balks.

On the latest episode of Odd Lots, Patrick Wyman of the Tides of History podcast walks us through what happened to Europe's economy in the aftermath of the Black Death. The whole thing is worth a listen given that the plague is often credited for helping to end European feudalism by creating a huge shortage of workers that tilted the balance of power from lords to peasants.

While the Covid-19 crisis isn't going to shock labor supply on the scale of the 1300s, there is one labor market parallel that's worth thinking about. Wyman makes the point that landlords' ability to demand things from peasants was trending downwards even before the plague arrived. The Black Death helped solidify the trend, with surviving workers suddenly able to demand higher wages and living conditions from employers who were desperate for their labor. 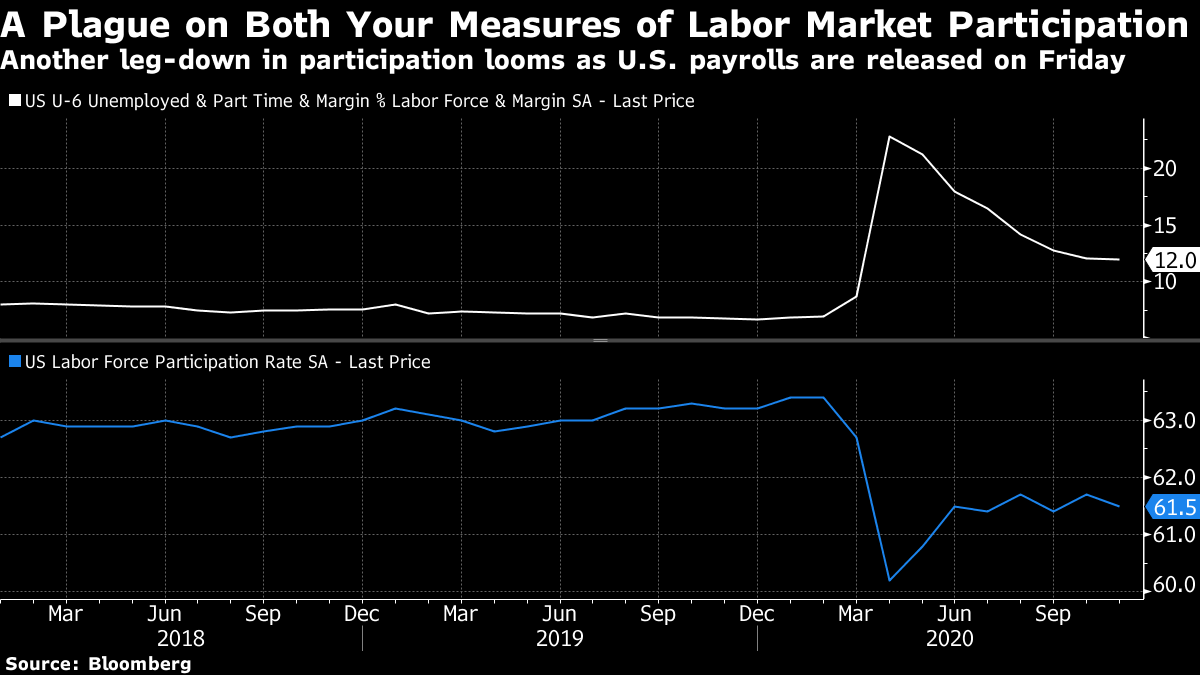 Once peasants got a taste for better wages and work conditions, it proved hard for lords to push back, even as the population recovered. As Wyman describes it, the collective understanding of how the economy should work was changed forever after their shared traumatic experience.

Coronavirus is also arguably accelerating a bunch of trends that were in motion before, such as increased demands for flexible working arrangements and more rigorous government social safety nets. Even as the world recovers with the roll-out of vaccines, it seems doubtful that the collective experience of a global pandemic will be forgotten completely.