Investors pile into assets without caution. Blackouts spread in the U.S. There's a double world-first for the WTO.

Global investors are the least fearful they’ve been in two decades, and perhaps the most greedy. A JPMorgan gauge of cross-asset complacency based on valuations, positioning and price momentum is nearing the highest level since the time the dot-com bubble burst. From Bitcoin’s flirting with the $50,000 mark to speculative warfare over penny stocks, the exuberance has been on full display in 2021. As investors pour a record amount of money into equity funds, especially technology stocks, that's prompted strategists at Bank of America to warn a correction may be coming. Here's what you need to know on those bubble warnings getting louder.

Stocks looked set to extend gains in Asia Tuesday as investors took comfort in progress on the Covid-19 vaccine rollout. Futures pointed higher in Tokyo where the Nikkei 225 Stock Average topped 30,000 yen on Monday for the first time since 1990 after data showed the economy is charging ahead. European stocks climbed led by a surge in the FTSE 100 Index after the U.K. hit a vaccination milestone. U.S. markets were closed for Presidents’ Day on Monday and Chinese markets remain shut for the Lunar New Year holiday. The dollar slipped and Treasury futures retreated. The pound strengthened.

Singapore’s budget on Tuesday is expected to offer more targeted measures to support the economy’s recovery from its worst year since independence, setting up a third straight budget deficit for the traditionally fiscally conservative city-state. While the the nation appears past the worst of the pandemic and its spending shortfall is narrowing, industries including food and beverage and those associated with travel remain crushed by mobility restrictions. Firms are also still grappling with restructuring staffs and supply chains.

Blackouts triggered by frigid weather have spread to more than four million homes and businesses across the central U.S. and extended into Mexico in a deepening energy crisis that’s already crippled the Texas power grid. Such weather conditions are very rare in much of Texas, and they have unleashed chaos on the ground. Besides the human impact, the cold is wreaking havoc on the energy industry itself. Oil production in the Permian Basin has dropped by 1 million barrels a day, helping U.S. crude prices to trade above $60 a barrel for the first time in more than year. The region’s industrial plants are built to cope with torrid summers rather than arctic weather, and the biggest U.S. oil refinery went offline on Monday, reducing the supply of gasoline and other fuels.

The World Trade Organization selected Ngozi Okonjo-Iweala to be the first woman and first African as its leader. During her campaign, Okonjo-Iweala acknowledged the necessity of rebuilding trust between the U.S. and China while trying to find areas of common interest. She endorsed an ongoing an initiative among the U.S., EU and Japan aimed at developing new disciplines for industrial subsidies, state-owned enterprises and forced technology transfers. Here's a look at other issues she may be eyeing next.

So New Zealand's biggest city is going back into lockdown after months of successfully keeping Covid-19 at bay. This is clearly bad news for Auckland residents, but it's also bad news for economists. As Paul Donovan at UBS points out, New Zealand had become something of a test case for how consumers in developed markets might shift their behavior after the pandemic. 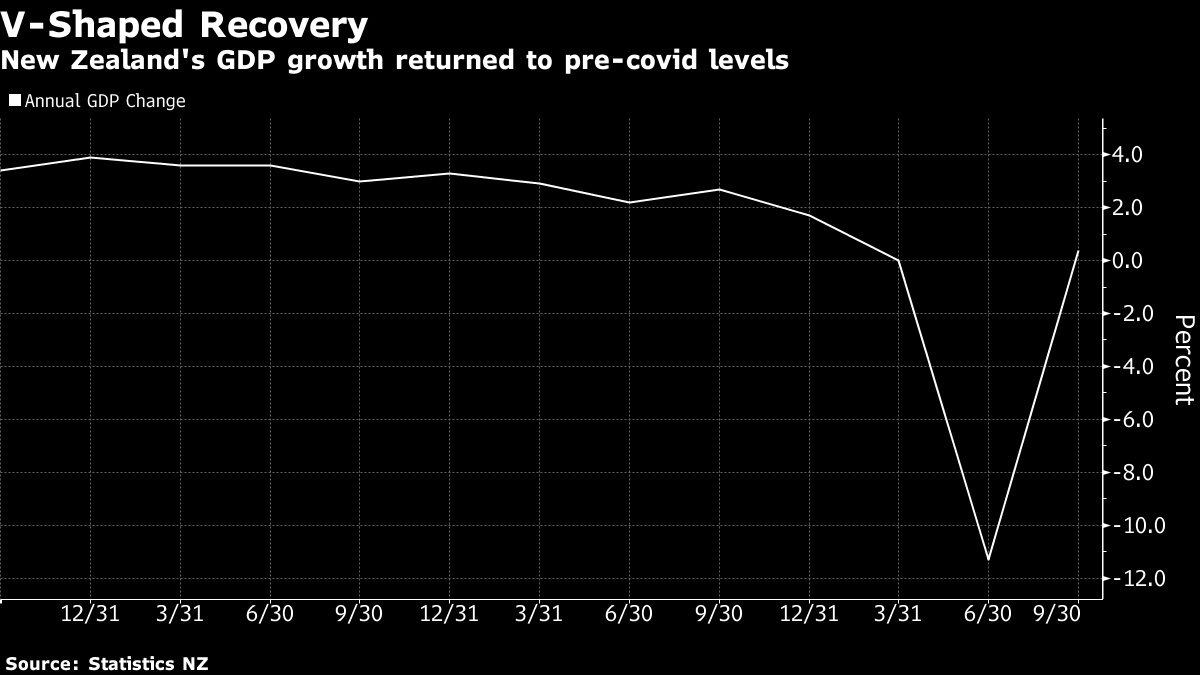 The big debate here is whether people will be so scarred by the Covid experience that they'll boost their savings out of fear of another economic shock, or whether they'll be so happy to go out again that they'll spend lots of money, especially on services. "There was some evidence of the 'roaring twenties' scenario (favoring spending on services)," notes Donovan. However, the return of the virus to New Zealand's shores could potentially undermine the country's usefulness as a Petri dish of post-pandemic consumer behavior.