Bloomberg: China and Russia are launching the new cold war into space

For being vast, mysterious and deadly, space is also somehow sort of hilarious. Even science fiction fans know this (see “The Hitchhiker’s Guide to the Galaxy,” all volumes). Thus we’ve spent years laughing at America’s new Space Force, especially when it unveiled its Starfleet logo and said its servicepeople would be known as Guardians. Too easy, guys!

But back to that “deadly” thing. As the dinosaurs could tell you if they weren’t all dead, a well-aimed rock dropped down the gravity well from space can pretty much be a game-ender, civilization-wise, making the defense of space actually kind of a big deal. China and Russia, America’s adversaries in the new cold war, seem to get this and have big plans to militarize the void, writes James Stavridis. They’re teaming up on a moon base, raising the specter of “Ad Astra”-style rover shootouts; they're also testing out blowing up satellites, the very thing that kicked off the plot in “Gravity.” We might regret laughing at the Guardians.

But despite Russia’s long and glorious history in space, its program has fallen on hard times lately, writes Clara Ferreira Marques. Too much central planning and not enough cash or entrepreneurialism mean Russia is fast losing ground (altitude? supergalactic latitude?) to the U.S. In another sci-fi work, Neal Stephenson’s “Seveneves,” a thinly disguised Jeff Bezos is a space hero. In real life, though, wealthy space hobbyists such as Bezos and Elon Musk could help the U.S. keep an edge on its rivals, as funny as that may sound.

By now you’re probably sick to death of hearing that the pandemic and its attendant recession and recovery are K-shaped. We’re sick of typing it. But brace yourself, for the post-pandemic-recession-recovery world will also be K-shaped. It’s K shapes all the way down.

The trouble is that post-Covid economic trends could well end up looking a lot like pre-Covid ones, only worse, warns Pete Saunders. If the U.S. economy doesn’t immediately snap back to pre-Covid reality, then high-paying “knowledge” jobs on the coasts could become even more valuable, while hospitality jobs in Sunbelt cities could dry up, turning previous boom towns Rust-colored. Inequality would yawn even wider.

President Joe Biden’s economic plans seem to assume such a bifurcated economy is coming, writes Noah Smith, and aim to manage the transition by raising the fortunes of the vast number of “care” workers at risk of being left behind. This includes hiking minimum wages, making a generous child tax credit permanent, and more. All of this may be necessary to beat China in the new cold war, but it could be politically difficult.

So far, in fact, these plans seem unlikely to get much Republican buy-in, meaning they may not get past De Facto President Joe Manchin. But Minxin Pei warns GOP obstructionism on this front will make China very happy.

Some conservatives are actually OK with the idea of, say, making a bigger child tax credit permanent. Others, not so much. Ramesh Ponnuru and Michael R. Strain argue the two sides, conservatively. Notable in all this debate is the relative silence of libertarian voices. Tyler Cowen writes libertarians aren’t dead or even sleeping; they’ve merely stopped arguing about policy to focus on projects such as charter cities, crypto and bases on Mars. Ah, to be at the top of the K.

I For One Welcome Our New AI Overlords

You hear a lot about the FANGs or the FAANGs, but not so much about the FAAMGs, which is probably how the “M” in that acronym, Microsoft, likes it. But as Tae Kim notes, Microsoft’s importance in the tech ecosystem is becoming less stealthy all the time. Its latest acquisition is a $20 billion deal for voice-recognition and AI software maker Nuance Communications. This company makes a thing called DAX, which records doctor visits so that doctors can spend more time poking and prodding you and less time taking notes. It could be a harbinger of a future, AI-driven workplace, Tae writes, with Microsoft playing a huge role, getting more of that Big Tech scrutiny in the bargain. AI could never write newsletters, though. That would be ridiculous.

Further Corporate Deal Reading: Ingersoll Rand is no longer in the golf-cart business you didn’t know it was in. — Brooke Sutherland

There’s an awful lot of oil sloshing around the world right now, meaning OPEC is smart not to be in any rush to pump more, writes Julian Lee. 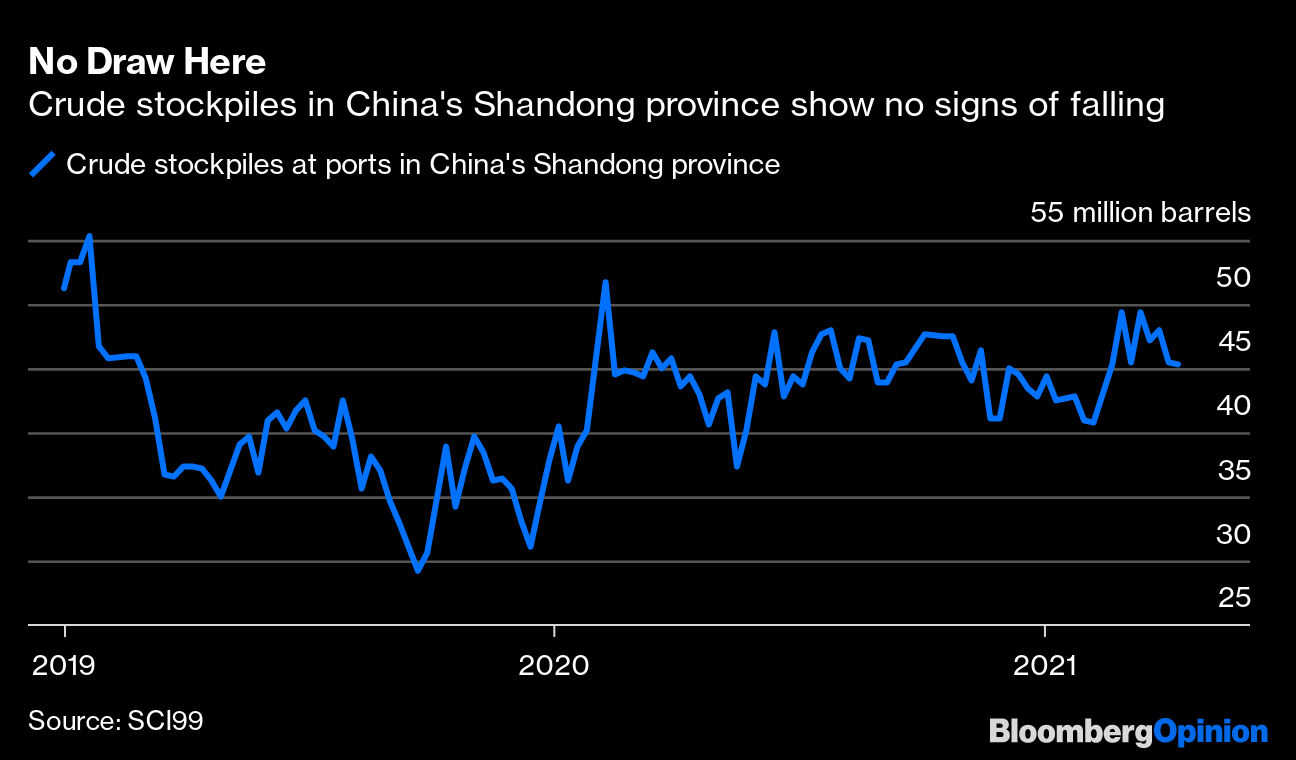 Europe is heading for another financial crisis if it can’t unite its banking sector. — Bloomberg’s editorial board

The Fed’s new reactive policy framework came at the worst time, raising the risk of overheating and bubbles. — Mohamed El-Erian

Amtrak’s best bet for expansion is to strengthen service in the dense NEC, where ridership is high and lucrative. — Matthew Yglesias

There are no good arguments for trying to stop uninformed voters from voting, if you want to keep a democracy. — Jonathan Bernstein

Painful as it is, China is wise to prune failing soccer teams if it wants to be a football powerhouse. — Adam Minter

The cop in a fatal Minnesota shooting apparently thought she was shooting a Taser, not a gun.

Soon the Internet will make its own cat photos.