Bloomberg Opinion: Spacs and Coins May Break Our Bones

SPACs and Coins May Break Our Bones

Then there are the mystery boxes known as SPACs — blank-check companies into which you pour money hoping a pleasant surprise comes out. Sometimes a SPAC will even tell you what’s inside the box, but you still don’t get what you expected. This is looking like the case for a company called Canoo, a candidate for the Most SPAC Name Ever. It sadly doesn’t make electric canoes but other kinds of electric recreational vehicles. It went public via SPAC late last year but just a quarter later “deemphasized” a major revenue stream, despite still being revenue-challenged. It also shuffled management and suggested its past statements about business relationships could have been a little less hope-y. Oops. The stock had doubled after the Canoo purchase but has erased all its gains since. Chris Bryant suggests this is a cautionary tale of SPACs taking companies public when they aren’t fully baked for public consumption. 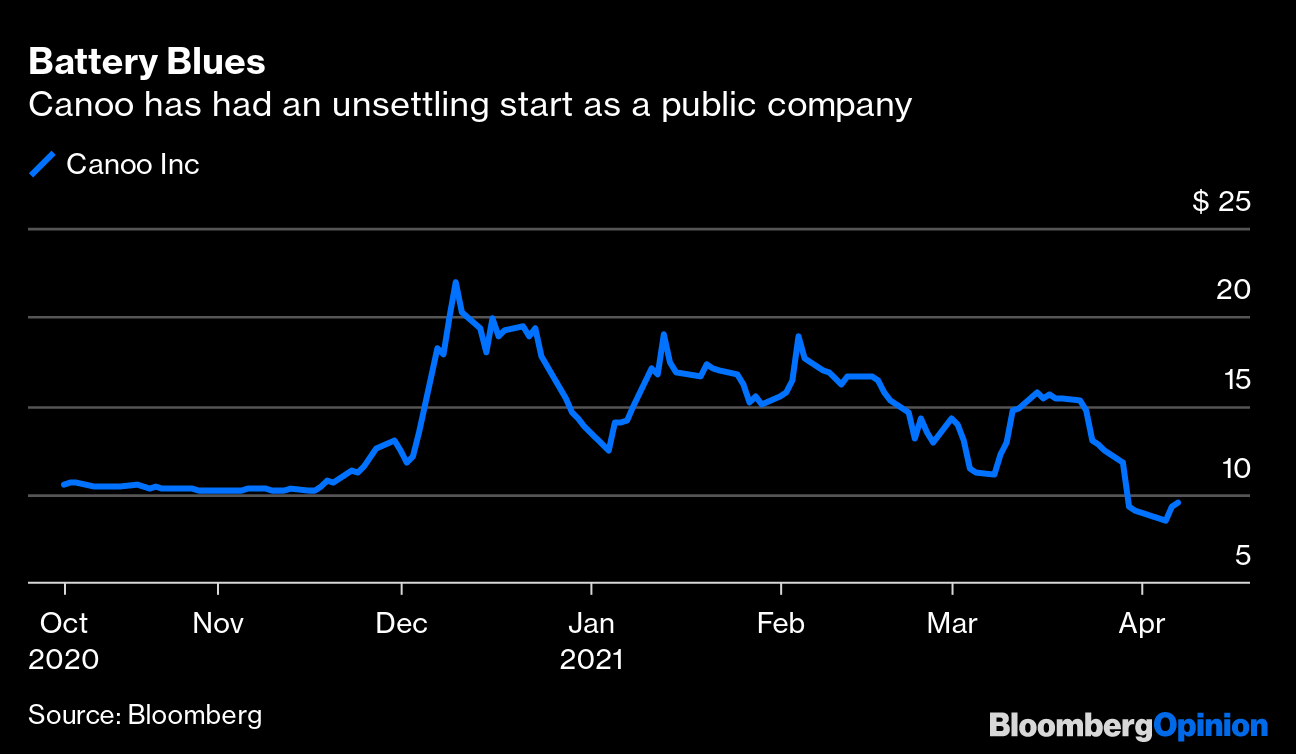 SPACs have been hot with investors despite these risks. So have cryptocurrencies and their attendant fleet of companies, which carry other risks. Whether they are Chinese financial weapons, we’ll leave to Peter Thiel. But there are more mundane risks. For example, crypto exchanges aren’t really regulated, warns former CFTC chairman Timothy Massad. That means they can do stuff other exchanges can’t do, including trading against you, the investor. A recent CFTC action against the soon-to-be-public Coinbase addressed one narrow activity, wash trading, but much more must be done to make crypto trading fully regulated. Mystery-box buyer, beware.