Bloomberg: Some actually good, and actually bad, news about vaccines

The Good and Bad on Vaccines

The Covid-19 pandemic hasn’t brought out the very best in either consumers or producers of news. Marginal factoids keep getting blown out of proportion both in headlines and in our minds because they speak to our relentless fears, which the headlines often make worse. No wonder so many of us are swinging in the other direction and pretending the bad thing has gone away.

First, the good: The main Covid vaccines prevent very serious illness even when fighting variants, writes Sam Fazeli. As we’ve said before, forget those headline efficacy numbers and focus on what really matters: keeping people out of hospitals, especially in developing countries.

That brings us to the bad: Developing countries aren’t getting vaccines anywhere near quickly enough, writes David Fickling. Some of this is first-world vaccine hoarding, but a lot is simply dumb rules protecting Big Pharma while slowing the spread of lifesaving drugs. Us Western folks who desperately want to believe the pandemic is all over should remember that as long as it’s loose in the world, doing crunches and getting stronger, we’re not really safe. We need more shots in arms, stat. 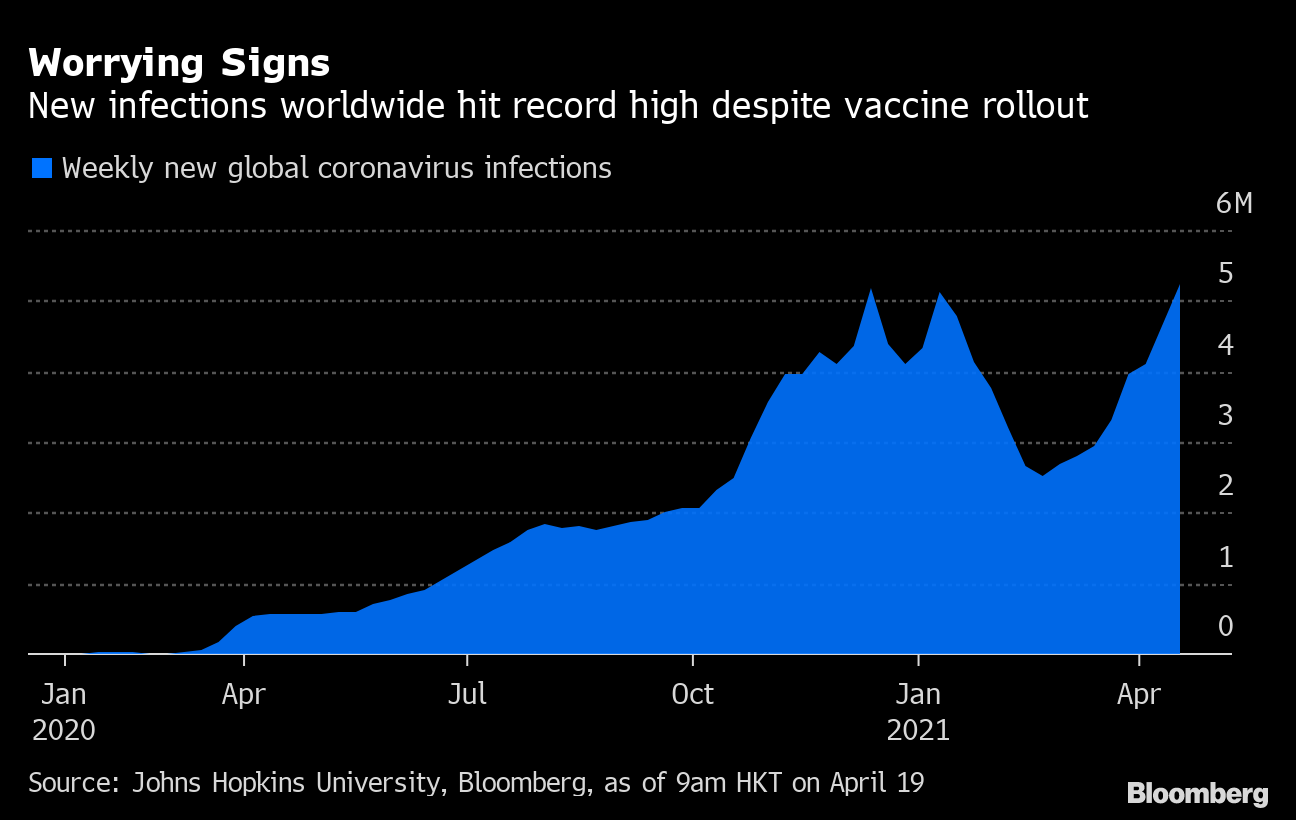 Here We Are Now, Entertain Us: Bitcoin Edition

Like the lands undergrads describe in hastily written essays, Bitcoin is a currency of many contrasts. It’s a means of exchange that will replace the corrupt government dollar, but it will also never stop rising in value, meaning you should never actually use it. It’s anti-establishment, but also insists you notice how much of the establishment is buying it. It’s decentralized, but now there’s a publicly traded crypto exchange, Coinbase, worth $66 billion. This normalization of crypto may be what its fans long predicted, but it also suggests Bitcoin has peaked, warns John Authers. It’s now in its mature, normie phase, like how Kurt Cobain would have made a Christmas album if he’d lived.

But maybe this is just old-fashioned thinking. As you may have noticed, nothing makes sense anymore. David Einhorn told people it was patently dumb to invest in a $100 million New Jersey deli, so that’s exactly what people did, Matt Levine notes.

Further Hot-Investment Reading: The EU is a massive, green borrower that could challenge the bund for market dominance. — Marcus Ashworth and Mark Gilbert

Given how many British people can’t stand foreigners, it’s easy to think the U.K. needs its own version of Fox News, which has made several large fortunes on Americans who also can’t stand foreigners. In fact, some investors and media types are launching a thing called GB News, which aims to take advantage of such similarities. But the U.K. and U.S. are very different countries with very different media rules, observes Alex Webb, meaning GB News can never have the economic or cultural impact Fox has had here.

Meanwhile, Frank Wilkinson was recently hanging out with gun enthusiasts in Canada and learned it’s possible for a country to let people have guns but with reasonable regulations that make everybody happy and less likely to die in relentless massacres. Americans are slightly more like Canadians than Britons, so maybe there’s hope something similar can happen here.

Further Anarchy in the U.K. Reading: England must discourage Scottish independence by being more like Canada. — Niall Ferguson 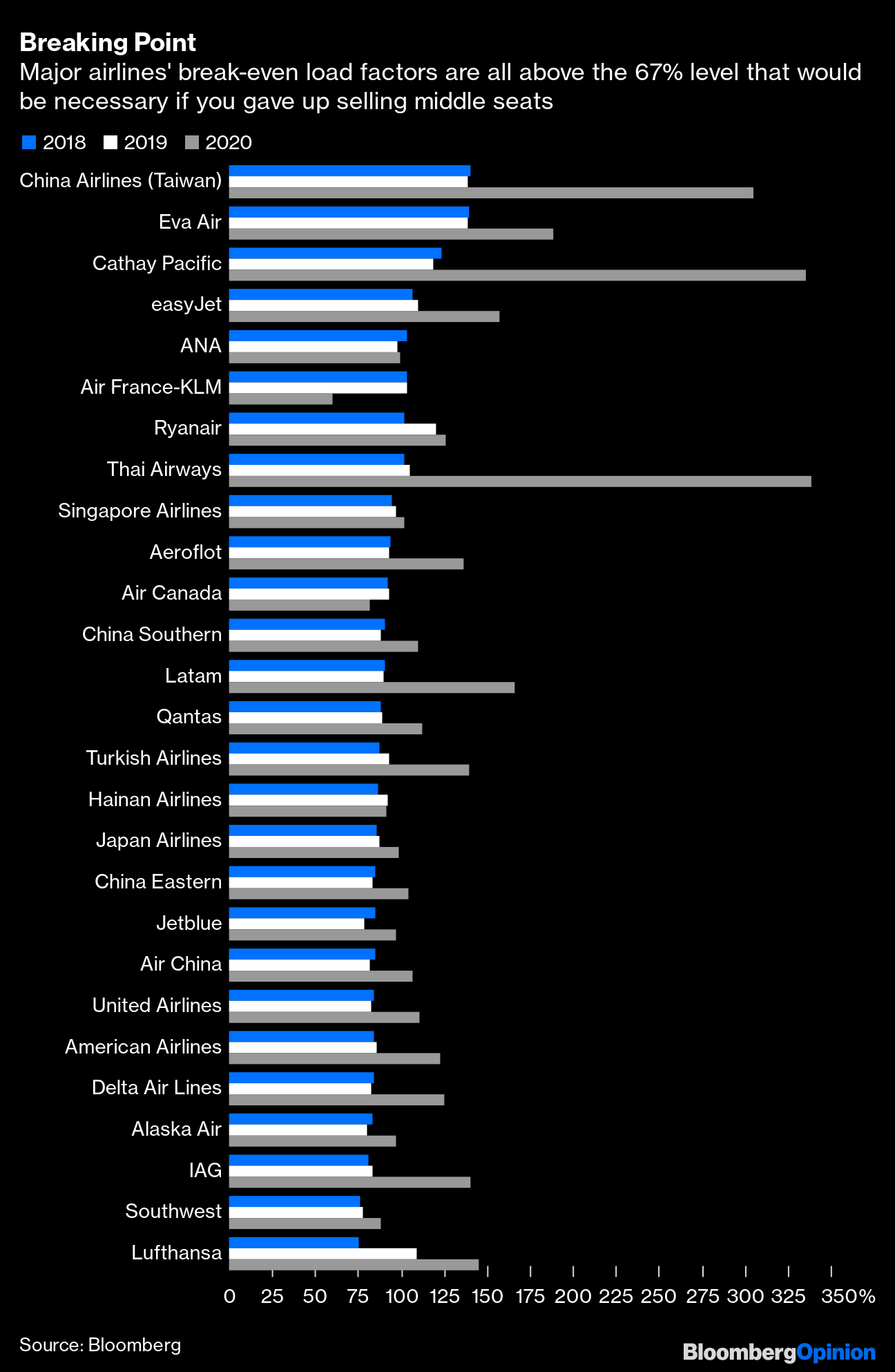 Oil forecasters are optimistic that vaccine rollouts and more travel will spur oil demand. They may be getting carried away on both counts, writes Julian Lee. 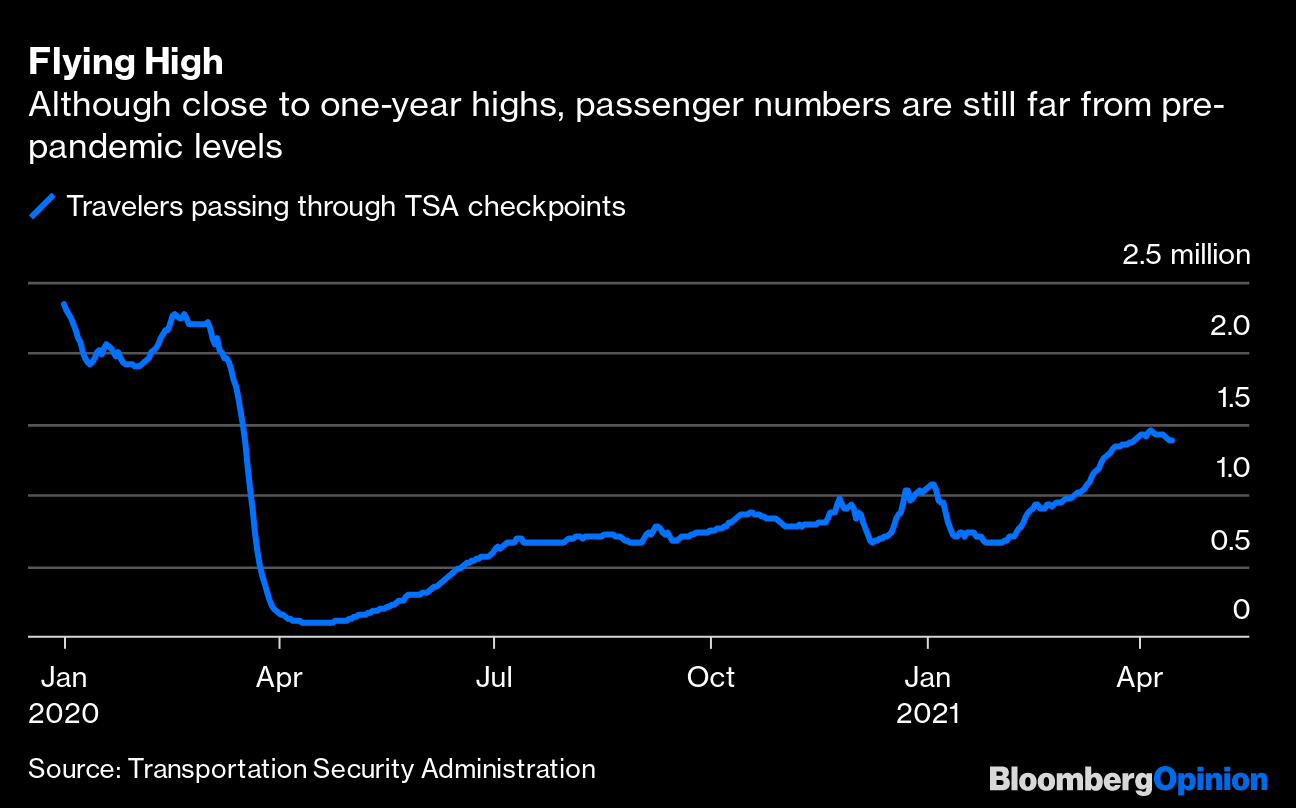 Political statements from athletes would do more good than boycotting the Beijing Olympics. — Adam Minter

When hiring a CEO, boards must now include ethical considerations. — Dambisa Moyo

Do whatever you can to avoid taking early Social Security benefits. Waiting until you’re 70 will pay off big. — Teresa Ghilarducci

Apple is letting Parler back on the App Store.

The Super League is for people who hate soccer. Many of them were likely minted by Jose Mourinho.

Researchers invent a way to harvest air moisture, giving a future Luke Skywalker something to do.

Therapists are dealing with eco-anxiety.