China’s dominance as a trading power looked undented in March as both exports and imports surged from low levels a year earlier, signs that the global recovery from the Covid-19 pandemic is solid for now.

Exporters continued their recent record-beating performance, selling $241 billion worth of goods overseas last month, according to government figures released Tuesday in Beijing. The $710 billion in exports in the first quarter was China’s second-highest total ever, just shy of the record in the final three months of last year.

Chinese factories are among the top beneficiaries of soaring global demand for medical goods, work-from-home equipment and other home merchandise that travel-starved consumers are buying during the pandemic.

Total shipments abroad jumped almost 31% in March from a year earlier,  with broad, double-digit gains across major trading partners, including a 53% surge to the U.S. and a 46% increase to the European Union. 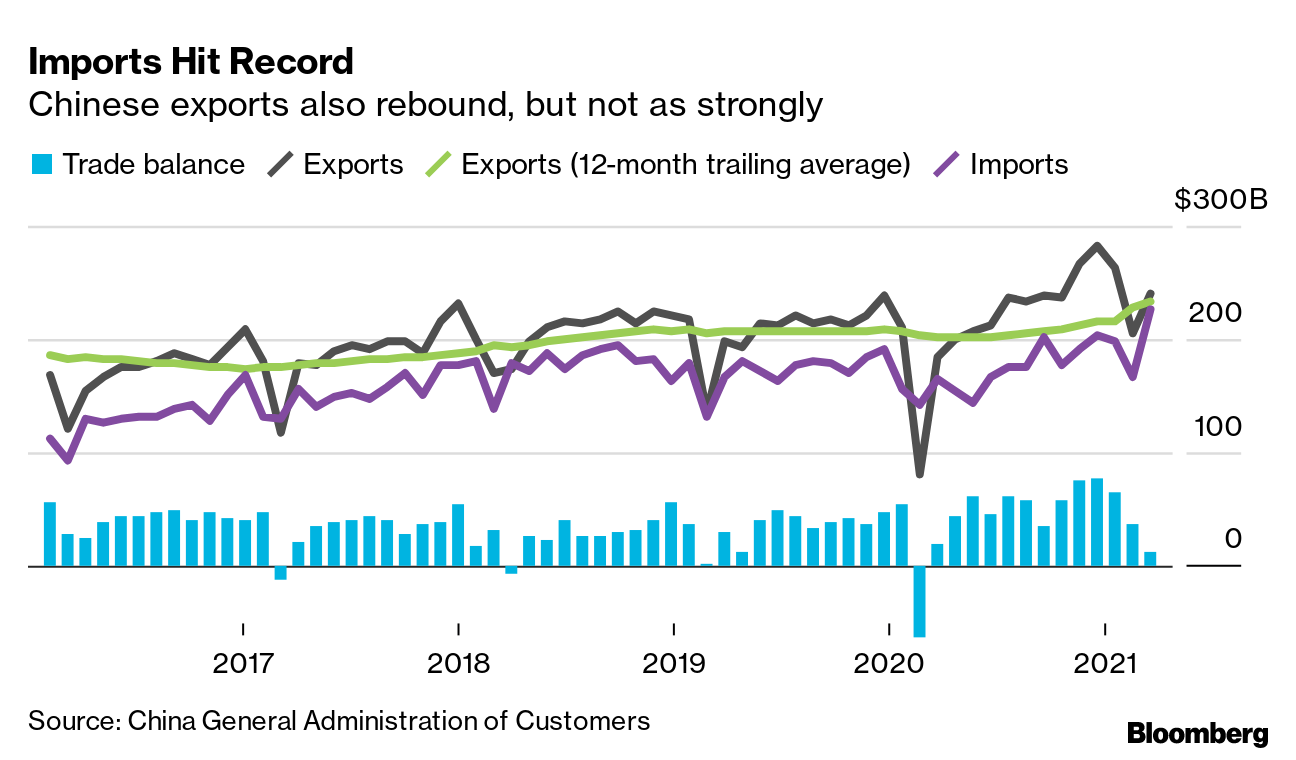 But David Qu of Bloomberg Economics said there are reasons to question whether such strength of overseas demand is sustainable. Details in the report “reveal emerging weakness in what’s been a mainstay during the Covid crisis — exports of stay-at-home related products,” he writes, pointing out that sales abroad of those items weakened compared with the fourth quarter of 2020.

“This segment was a major driver of China’s strong exports” in the second half of last year, he says.

Rising factory prices in China also likely played a part in boosting the value of exports. Those inflation pressures are also raising the cost of foreign purchases, with higher commodity prices pushing the value of China’s imports in March to a record and another signs of its solid recovery from last year’s pandemic.

Data due Friday will probably show the world’s second-largest economy expanded a record 18.5% in the first quarter from a year ago. 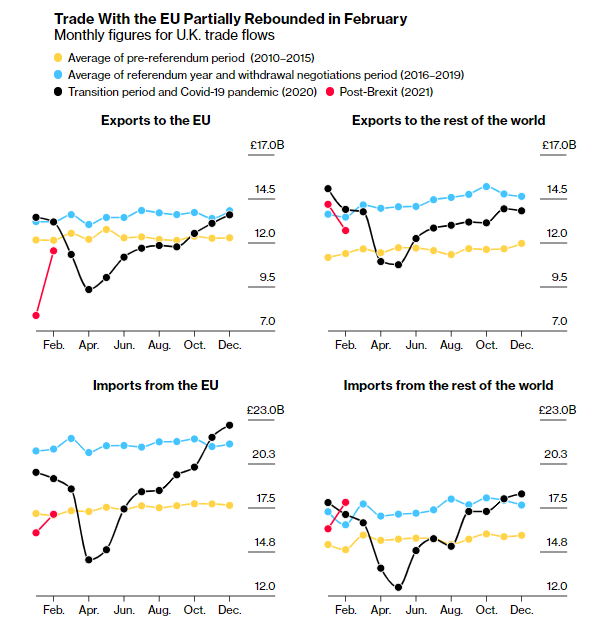 The post-Brexit slump in U.K. merchandise trade with the European Union partially recovered in February on improved exports of cars and pharmaceuticals, according to official figures. British goods exports to the EU rebounded almost 47% in February from a month earlier, while imports from the bloc increased 7.3%, data from the Office for National Statistics showed on Tuesday. Separately, U.K. sportswear chain JD Sports Fashion said it’s opening new warehouses in the EU to avoid the hassles of customs checks.

On the Bloomberg Terminal

Don’t keep it to yourself. Colleagues and friends can sign up here. We also publish Balance of Power, a daily briefing on the latest in global politics.

How are we doing? We want to hear what you think about this newsletter. Let our trade tsar know.