The U.K. is hurtling into the peak season for pre-holiday shipping with a public growing weary of pandemic restrictions and even wearier of a Brexit that looks increasingly likely to occur Jan. 1 without much of a trade deal to smooth the transition.

So the inevitable collision this winter of an abrupt split from the European Union and a Covid-19 resurgence has the government, industry and consumers here asking: Is Britain’s heavily import-reliant economy resilient enough to withstand both shocks?

Mark Whitworth, the CEO of U.K. port operator Peel Ports for the past decade, says in an interview that he’s “absolutely certain it is for a variety of reasons.”

Whitworth says business is currently operating at 90%-95% of year-ago levels. Container volume started showing good year-on-year growth in July and August, and he’s expecting to see more recovery from September onward. Shipments of cars, in particular, took a heavy blow early during lockdown but are getting back to normal, he says. 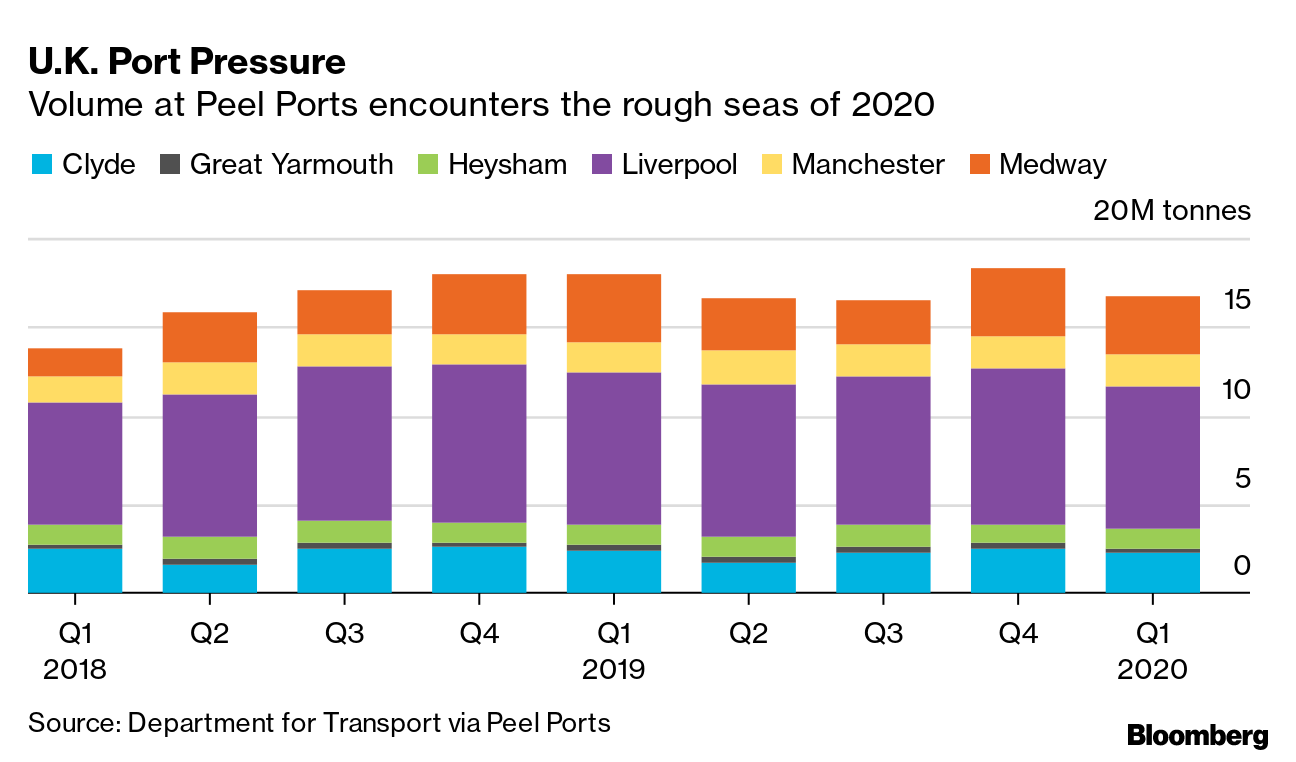 A lot of companies are still playing catch-up rebuilding inventories so the seasonal pre-Christmas logistics frenzy will “come a little later,” Whitworth says. “I appreciate that there’s a lot of uncertainty, of course I do, but actually when I look on the ground what’s really going on, generally our business is still quite buoyant,” he says.

“Our forecast contains the assumptions that the virus remains under control and a ‘bare bones’ Free Trade Agreement is done by year end but one or both could easily prove wrong. If there’s a perfect storm, the best the economy can hope for is a slower recovery. In the worst case, it would slip into reverse.”

This week Liverpool will start handling a second weekly call from a container line bringing goods like fresh produce from Spain and Portugal. The service relies more on rail and reduces truck traffic on the well-worn routes across Europe, under or across the channel from France through U.K. terminals at Dover and Folkestone.

Before 2021, though, leaving the EU’s customs union means working out the bugs of a new IT system.

“There’s still some work to do, but if we continue in the way that we are, I think it will be a problem that proves to be not as significant as the speculation around it,” says Whitworth, who says previous Brexit preparations that proved to be false dawns have been good practice for the real thing.

“Did we see a take-up in warehouse utilization? Yes we did. Did we see significant stocks built in advance of the world sort of falling off the cliff? Yes we did. Did it prove to be necessary? No it didn’t, and I think there’s been a whole load of lessons learned from that experience.” 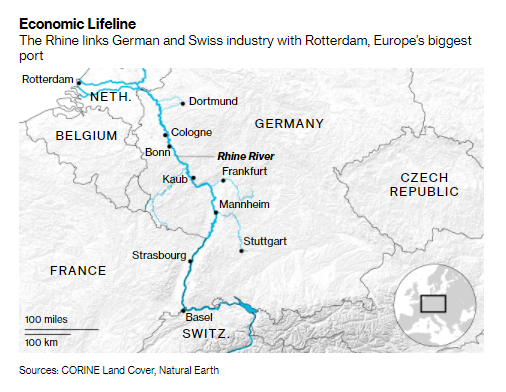 Germany is re-engineering Europe’s most important river: The Rhine is the country’s main economic artery. Keeping it flowing may require new boats, once-taboo locks, and even changing the current of the river itself.