Channels and Patterns: Only Uncertainty is Certain

by Contributor
in Charts
0 0
0

Bulls beat the stats and repaired a lot of damage yesterday, closing with a clear break above the 50 hour MA. If that turns into support then the path is clear fora retest of the highs. If SPX makes a new high with any confidence then the next upside target would be rising wedge resistance in the 1930-40 area. SPX 60min chart: 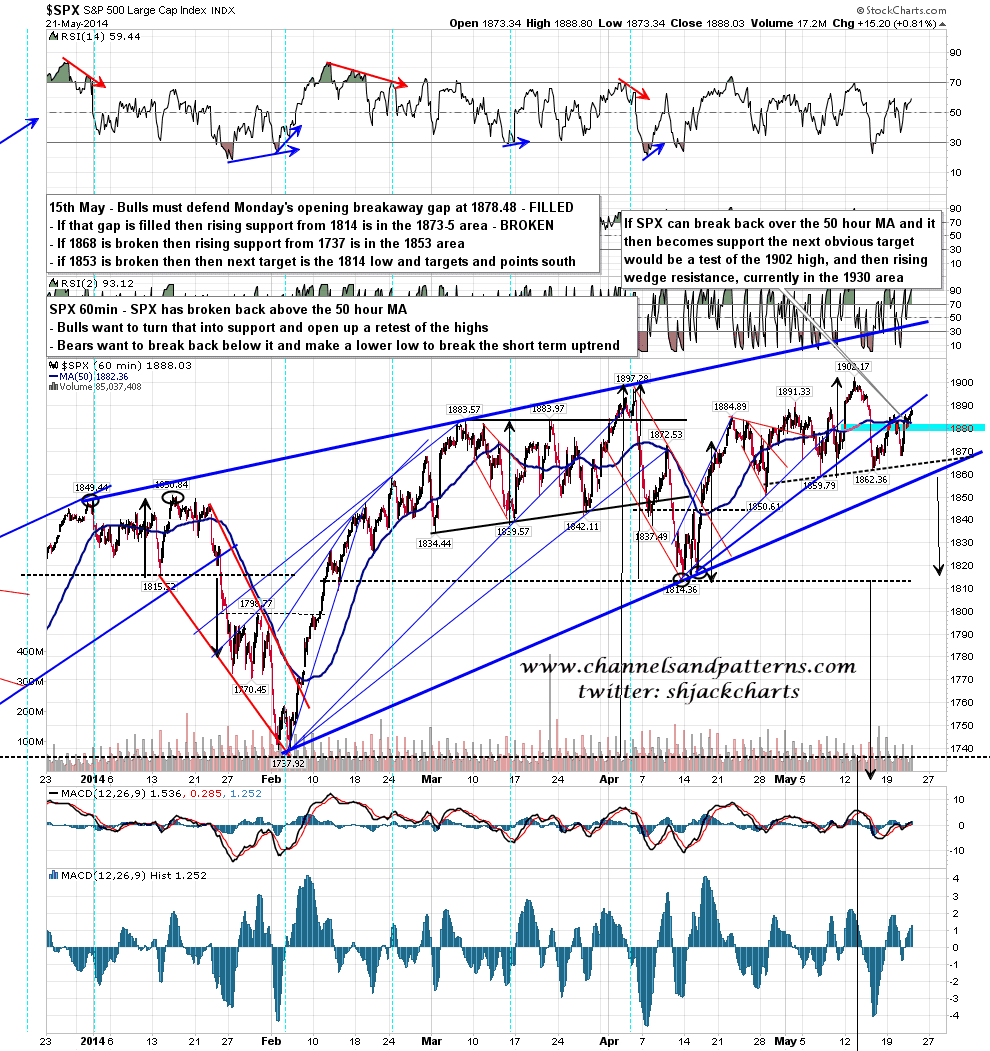 How would a 1930-40 target fit with the SPX weekly chart? Reasonably, rising channel resistance from the 2011 low has already been tested twice without a return to test channel support, but while a third test is rarer, it is far from unknown. Primary rising channel resistance is also currently in the 1930-40 area and is rising at about 15 points per month. SPX weekly chart: 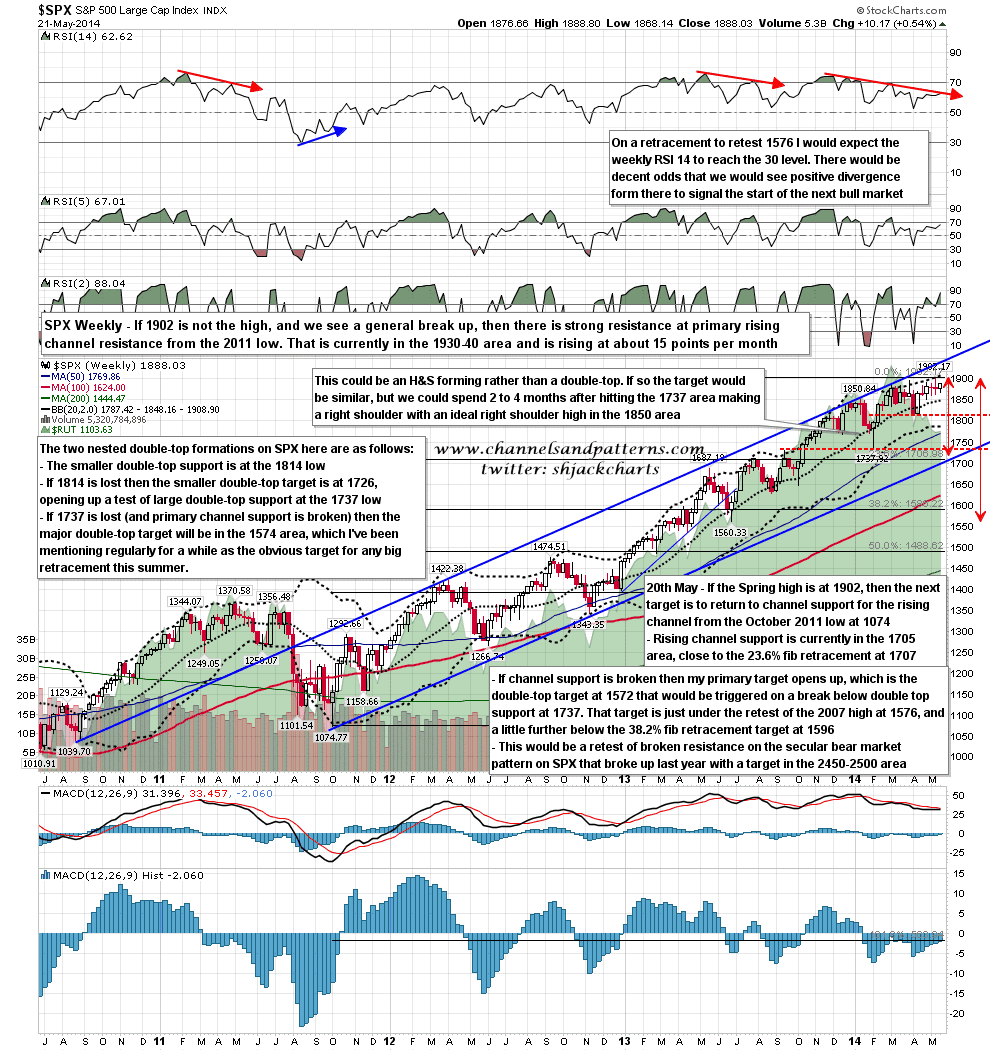 NDX closed at 3635 yesterday, and I gave the 3635 area as the ideal right shoulder high on 21st April. A general break up from here would obviously now weaken the H&S setup and invite a test of the current all time highs, which I’d be seeing as the likely second high of a double-top that would target the same area as the failed H&S setup. NDX weekly chart: 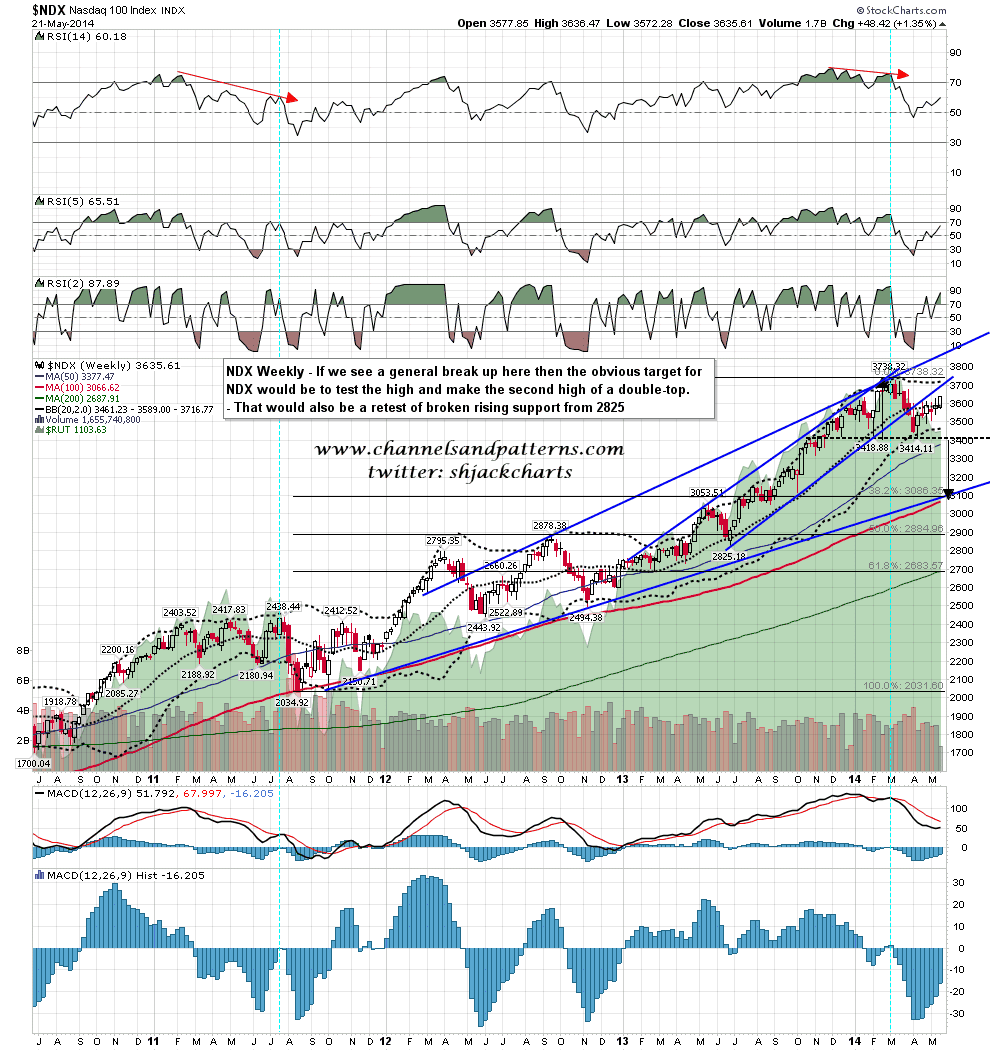 RUT has been beaten down so hard lately that the trailing PE ratio has been beaten all the way back down to 73.3 (as of 16th May). Is there a buying opportunity at these depressed levels? Well again, if there is a general break up then it is very possible that RUT may have finished the head on a large head and shoulder pattern. Ideally the right shoulder there would peak in the 1182 area by the end of June. RUT daily chart: 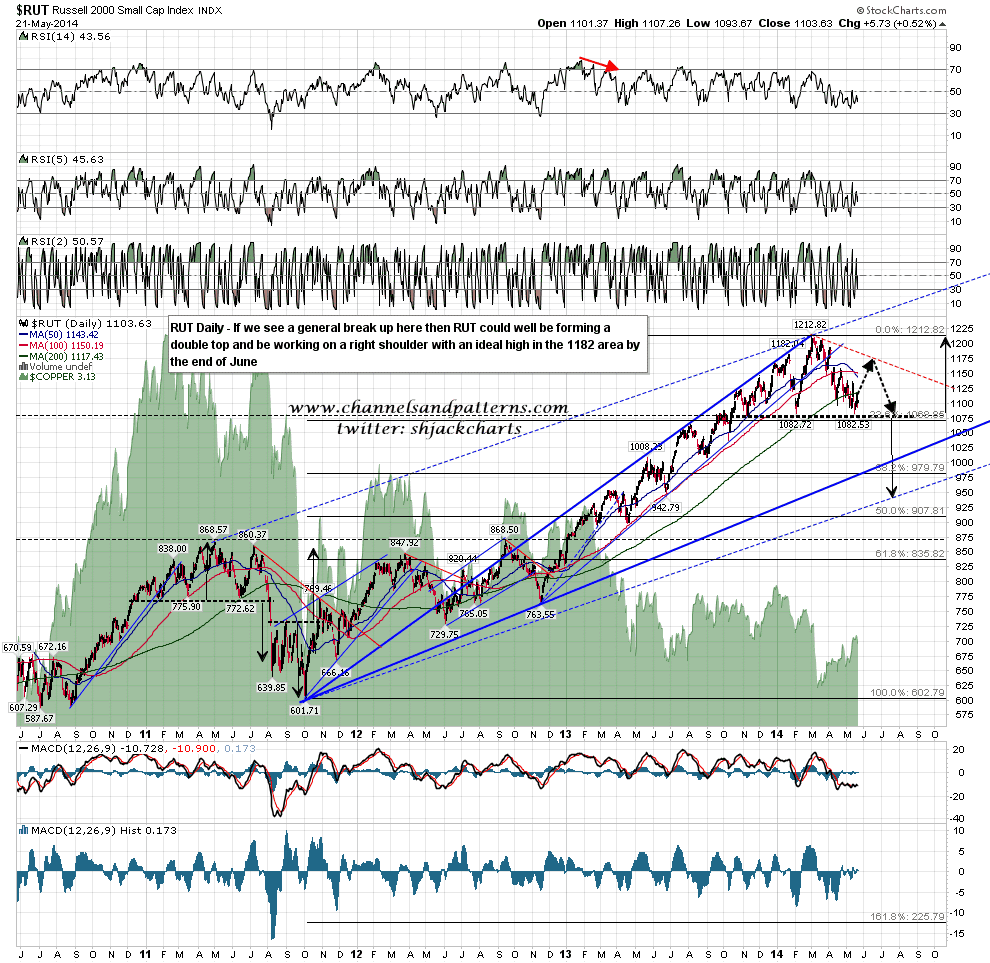 Looking at the oil chart the obvious next target for WTIC/CL is the 105 area. That area is strong resistance but if broken it would open up a test of the 2013 high at 112. A strong reversal could start a slide back into the 80s so 105 is worth watching carefully. WTIC daily chart: 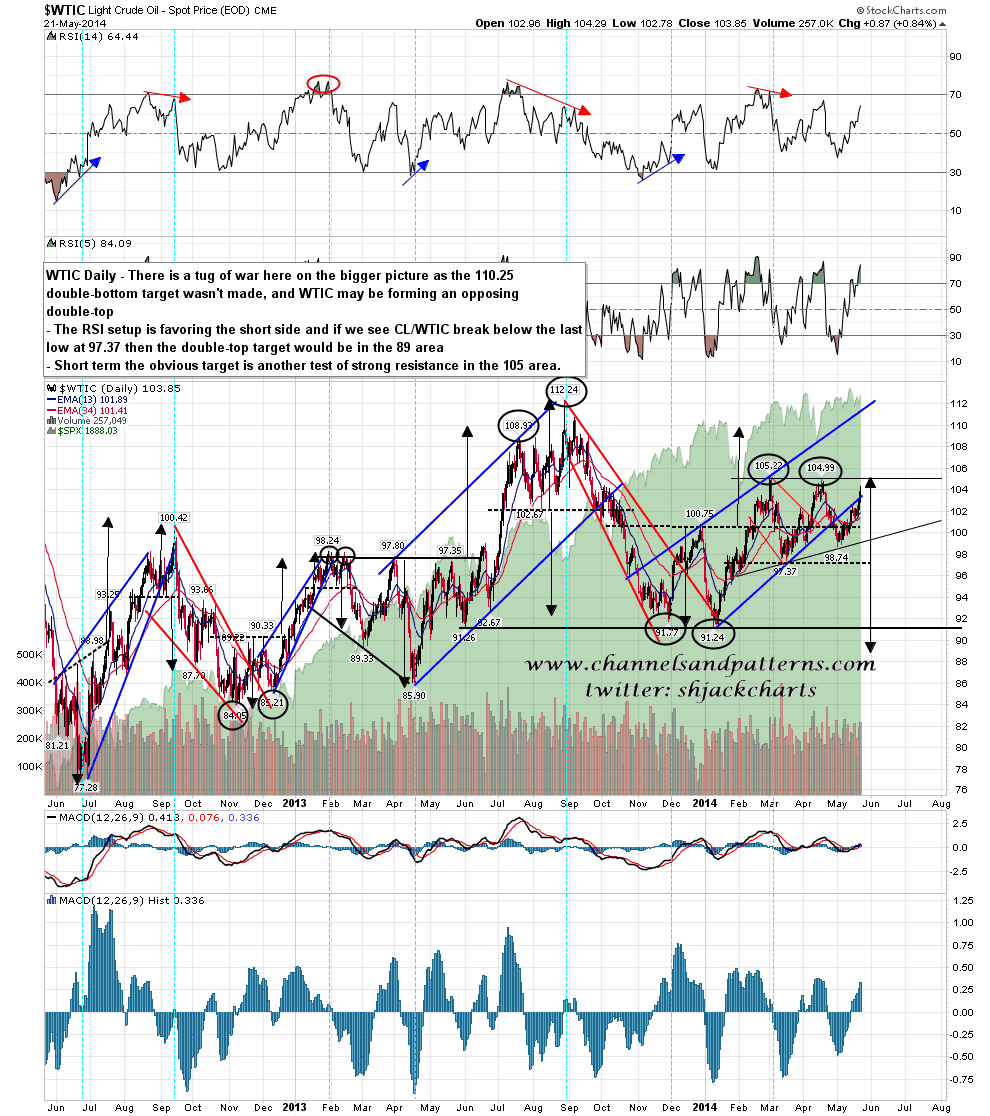 I’m still leaning short here, and don’t think that a strong new high on SPX is likely. I’m leaning towards seeing a failure short of the high or a marginal new high before turning back down again. However, the only way to find out for sure is to see what happens here, and as I have detailed above, my alternate scenario is workable and could play out. My preferred scenario is that SPX has already topped or will make a marginal new high in the near future, but as long as bulls can hold above the 50 hour MA on SPX, they have another shot at breaking into the 1900s.

Dollar At Risk Of Another Sell-Off