As expected, housing starts increased further in July, and were up solidly year-over-year, but are still below the pre-recession level.

Total housing starts in July were above expectations, and revisions to prior months were positive.

Single family starts were up 7.4% year-over-year.

This first graph shows the month to month comparison for total starts between 2019 (blue) and 2020 (red). 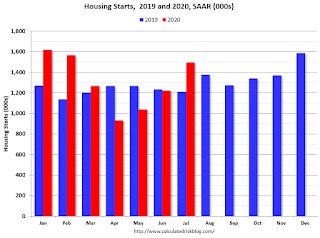 Last year, in 2019, starts picked up towards the end of the year, so the comparisons were easy in the first seven months of the year..

I expect a further increase in starts in August, but the growth rate will slow.

These graphs use a 12 month rolling total for NSA starts and completions. 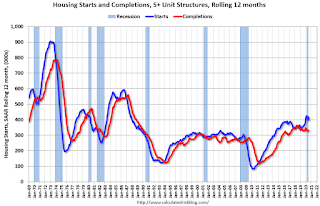 The rolling 12 month total for starts (blue line) increased steadily for several years following the great recession – then mostly moved sideways.  Completions (red line) had lagged behind – then completions caught up with starts- although starts picked up a little again lately. 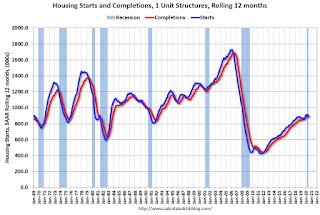 Warren Buffett’s bet on Barrick Gold isn’t as strange as it looks. The miner models itself on Berkshire Hathaway.

Warren Buffett's bet on Barrick Gold isn't as strange as it looks. The miner models itself on Berkshire Hathaway.