Midwest wheat belt is slightly wetter Thursday and Friday. Snow cover should increase again in northern areas, which will increase winterkill protection for wheat. The 6-10 day outlook is unchanged. The 11-15 day outlook is wetter in northeastern areas. Temperatures are cooler. 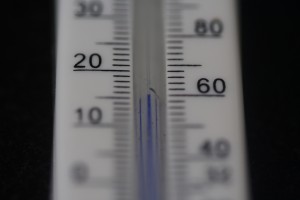 -No changes for Argentina. Dry weather this week will allow moisture shortages to continue to build across east central and southern areas. Also, temperatures should warm again, resulting in some stress especially on pollinating corn. The 6-10 day period is unchanged, and is still wet in central and southeastern Buenos Aires.

-No changes for China. Dryness will continue in northern and western Yangtze Valley and North China Plain as dry weather continues through next week.

-No changes for Australia.  Drier weather across the sorghum belt through next week will allow moisture shortages and crop stress to build again.

-No changes for South Africa. Limited rains this week will allow dryness to continue in eastern areas, and begin to build again in west central areas.

-No changes for North Africa. Showers this week should improve moisture in western Morocco. However, some dryness will likely linger in eastern Algeria.