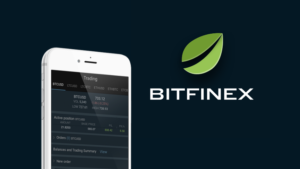 Monday’s judgment in the legal tussle between the New York Attorney General (NYAG) and Bitfinex might have some short-term effect on the Bitcoin price.

All Eyes on Monday’s Trial Outcome

As previously reported by Bitcoinist, the Supreme Court of the State of New York will resume hearing on the case between the NYAG and bitcoin exchange platform Bitfinex on Monday (July 29, 2019).

A negative outcome for iFinex — the parent company of Bitfinex, could potentially open the exchange and Tether up to more lawsuits. The NYAG is accusing Bitfinex of covering up $850 million in client losses.

Bitfinex, for its part, says the court lacks both personal and subject matter jurisdiction to hear the matter. The company also challenged accusations of servicing U.S. customers, saying such entities were foreign eligible contract participants (ECPs).

However, some revelations emerged last Friday (July 26, 2019) which could severely damage the platform’s claim of not servicing U.S. customers.

Bitfinex issued a statement on its website confirming a U.S.-based customer who managed to circumvented restrictions placed against Americans using the platform. An excerpt from the post reads:

We have now identified this user. We correctly flagged this user’s IP address as being in the U.S. Notwithstanding the U.S. IP address — which may be used by Bitfinex customers, as appropriate — our system logs demonstrate that this user represented to us several times that he was not an individual resident in the U.S. This person has lied to Bitfinex on multiple occasions, deliberately and wrongly concealed his location, and flagrantly violated our terms of service.

July has seen a choppy price action for bitcoin with BTC topping $13,000 and slipping below $10,000 within the space of seven days. Over the past 14 days, the top-ranked crypto has also set successive lower highs with a significant contraction in trading volume.

A negative verdict in Monday’s trial could see massive exiting of USDT positions which would most likely be net positive for bitcoin price in the short run.

The same could also happen to altcoins providing a temporary boost to a market that has been in the doldrums of late.

As at press time, BTC trading appears flat but a second golden cross pattern appears to be imminent. The last time such a pattern formed was in late April 2019 which heralded the May and June parabolic advance in the bitcoin price.

Do you think Monday’s court hearing will have a material impact on the bitcoin price trajectory moving forward? Let us know in the comments below.