Why the Fed interest-rate hike fueled a rally in gold | MrTopStep.com
Skip to content 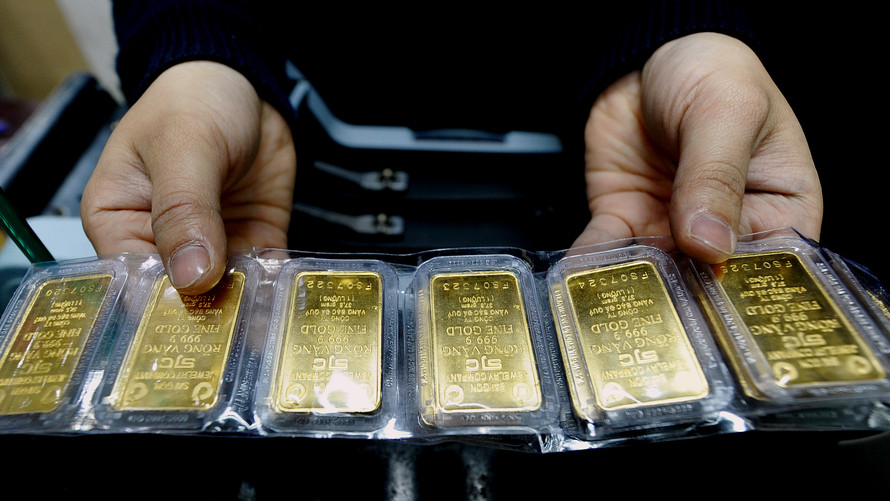 Gold rallied after the Federal Reserve announced an increase to its key short-term interest rate on Wednesday, but the metal’s price reaction isn’t quite the head scratcher that it seems to be.

“It is a case of ‘sell the rumor (of a rate hike), buy the fact’,” said Ross Norman chief executive officer at Sharps Pixley, told MarketWatch by email from London after the announcement.

“We have consistently seen double-digit percentage increases in gold prices post a rate hike perversely,” he said. That’s “counter-intuitive because higher rates would ordinarily be seen as gold negative,” as the metal would be less attractive compared with interest-bearing assets.

The U.S. central bank lifted a key short-term interest rate by a quarter-point to a range of 0.75% to 1% on Wednesday. It also stuck to its forecast for two more rate increases this year.

Norman said the gold market “clearly got itself going into the Fed announcement” and saw good short covering, or unwinding bets that prices will fall in value. So-called short covering typically accelerates an assets gains because an investor making a short bet is forced to essentially buy the asset back at higher prices in order to mitigate losses from gains.

Higher interest rates lift the appeal of holding dollars. That also means that a stronger dollar cuts the worth of holding gold that’s priced in the currency and doesn’t offer a yield.

But gold prices have instead rallied late Wednesday, following the Fed announcement, which came after futures prices settled for the session. April gold GCJ7, +2.54%  was at $1,215.20 an ounce a little over an hour after the Fed news. That’s higher than its settlement at $1,200.70.

“When an upcoming Fed rate hike becomes highly anticipated, deep-pocketed speculators go long on the dollar and, conversely, short gold,” said Brien Lundin, editor of Gold Newsletter. “When the rate hike actually happens, they close out these trades by selling the dollar and buying gold.”

The sell the rumor, buy the news reaction in gold shouldn’t be a surprise, according to Lundin. “It happened in the first two rate increases, in December 2015 and December 2016, in the Fed’s long, slow march toward a supposedly normalized monetary policy.”

“And it happened last week, when Fed Chair Janet Yellen all but confirmed that the FOMC would raise rates this week,” he said.

But it isn’t just about traders accepting what was expected.

The interest-rate increase itself was widely expected, “and to that end, [Fed officials] did not surprise,” said Shree Kargutkar, associate portfolio manager at Sprott Asset Management.

But “what the market was more intent to gauge was the language around the communiqué,” he said. “It appeared that the market was preparing itself for a more hawkish tone from the Fed, but what it got was a much more dovish outlook.” The Fed indicated three rate hikes for 2017, including Wednesday’s move, which was unchanged from its forecast for 2017 rate hikes back in December.

“While the language around the economy and inflation was positive, the outlook towards economic acceleration and GDP growth was not boosted,” he said. “Therefore, the Fed appears to continue leaning towards caution and as a result the Fed will likely remain behind the curve.”

The Fed pointed to a steadily growing economy, improving labor market and a recent uptick in inflation that’s “moving close” to its 2% target to justify its decision. But it also left itself room to maneuver in case inflation tapers off, U.S. growth falters or some of the Trump administration’s policies disrupt the economy.

But looking ahead, Lundin said “only time will tell” if Wednesday’s bump higher for gold will “translate into a continuance of its 2017 rally.” Futures prices have gained roughly 5.8% year to date.

Lundin is predicting a continued price climb for the yellow metal.

“Inflationary pressures are rising, and the Fed will not dare get ahead of inflation in its gradual move toward higher rates,” he said. “This guarantees negative real rates for perhaps years to come, and similarly guarantees an extremely bullish environment for gold for some time.”