The credit crisis has put an unending level of stress on the public. While that stress has gone down over the last few years the recovery has done little to reassure the American people that everything is going to be okay.

In the finance world we turn to the net change of the S&P to find out how things are going, but for the nearly 13 million unemployed and the 45 million on food stamps the stress has never gone away. With the S&P back up nearly 150% since its March 2009 and up 3.35% last week, it’s not the downside in the stock market people should be worrying about. According to the St. Louis Fed Financial Stress Index (STLFPSI) chart, the recession is over for investors; but it remains all too real for most.

After flirting with S&P 1700 during the later parts of July the S&P closed above 1700 on Aug 1, topped out on Aug 2, and sold off over the next 17 trading days. By Aug. 27 the S&P had doubled-bottomed and last Friday closed just 1.3% off its all-time contract high at 1705.00.
On Monday, S&P futures rose again to within 3 handles of 1700, which now seems inevitable. The reason given is the withdrawal of Lawrence Summers from consideration to be the next Fed chairman, leaving it likely Fed Governor Janet Yellen will succeed Ben Bernanke. But the deeper story is the gaping disconnect between the stock market and the lives of middle-class Americans.

While many of the big investment funds did sell on the way down and several market leading stocks saw double-digit losses, the major averages did not. Fear of the Fed hurrying the pace of the taper has subsided. The Obama administration has found a peaceful solution in Syria. As these dangers subsided so have investors fears. For the big funds and banks, the recession is over and, because of a failure of the post-TARP reforms, it’s party time again. 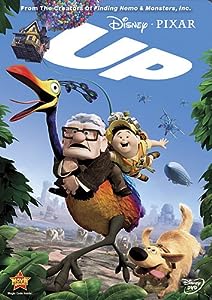 Markets up but Fed likely to be cautious

With the Dow closing up 3.82%, the S&P up 3.37% , NASDAQ up 3.69% and the Russell up 4.26% last week (add “and counting” to all these numbers), its not the downside people are worrying about . For the second week in a row the financial market stresses eased, according to the St. Louis Fed Financial Stress Index. For the week ending July 12, 2013, the STLFSI measured-0.351, its lowest level in four weeks.

In the end one of the biggest challenges in picking a top in the S&P is there there has never been a time the Federal Reserve has bought $85bil a month in bond purchases. Like all “downside false starts” the most recent sell-off had all the makings of a bigger decline but at the end of the day that doesn’t seem to matter.

A recent USA Today survey of 44 economists showed that the Fed will start tapering its $85 billion in monthly purchases of long-term U.S. Treasuries and mortgage-backed bonds in September (61% said so). Nearly nine of 10 economists (89%) also expect the Fed to be cautious in the beginning, reducing asset purchases by $10 – $15 billion or less. Economists also believe it makes sense for the Fed to cut back on Treasuries first.