Fiscal Response to the Pandemic 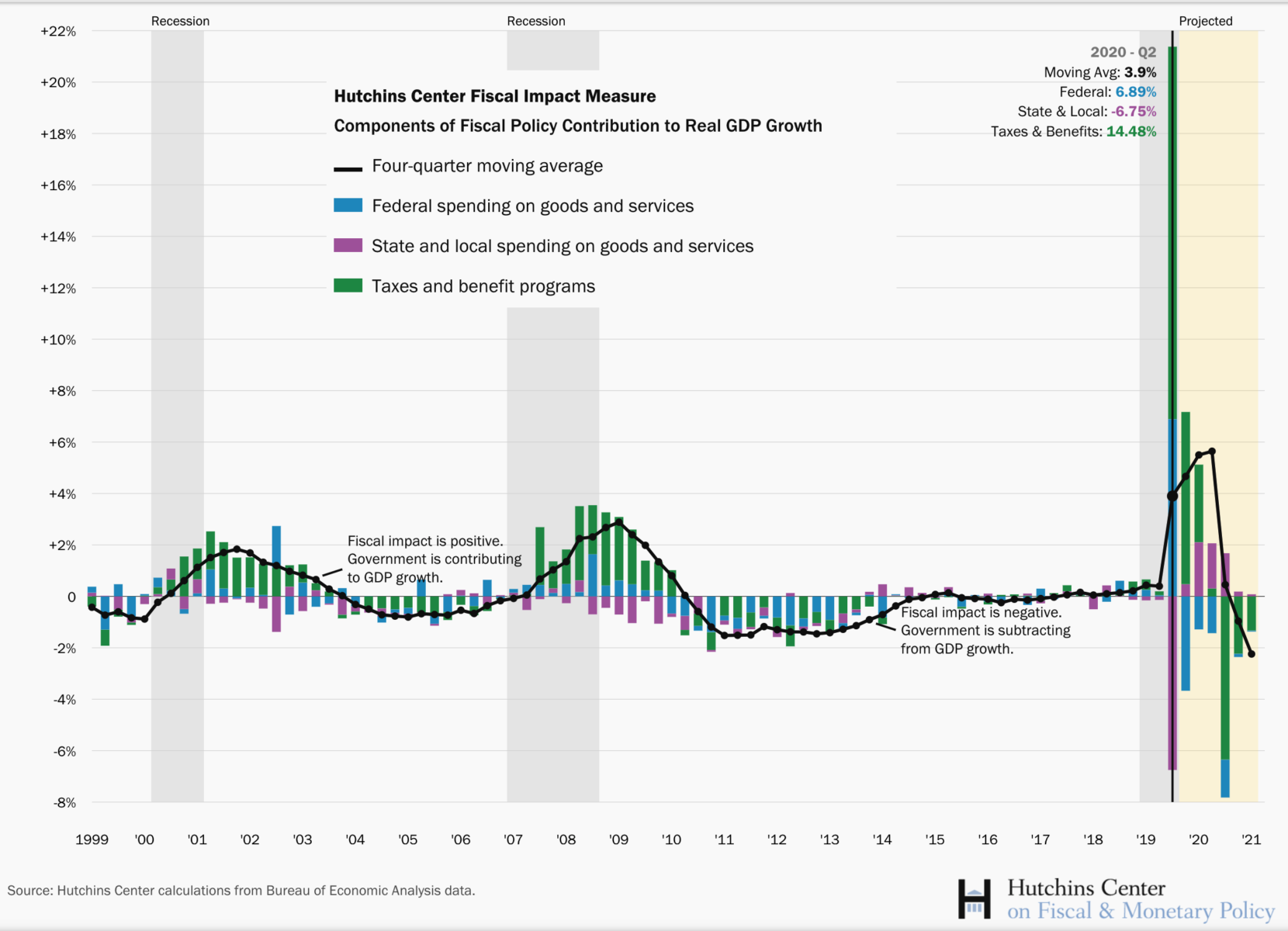 The chart above is a fascinating look at let’s look at the economic stimulus from 3 sources: Congress, the Federal Reserve, and State/Local spending.

The Federal Reserve is projected to continue to stimulate with bond purchases, ultra low rates (ZIRP) and frequent liquidity injections.

States and Localities are a drag: They are busted due to the pandemic lockdown, and unlike the Feds, cannot deficit spend.

Lastly, Uncle Sam is behind the curve: Huge Congressional spending authorizations have ended; DEM House of Reps is arguing with GOP Senate, but to be fair, GOP White House is arguing with GOP Senate and DEM House of Reps, too. Hopefully, all sides recognize that economics should beat politics, given what is at stake economically, and come to terms soon.

I have to imagine the White House does not want to those deep economic drag continue towards November, and will eventually cut a deal.

“The fiscal policy response to the pandemic had a massive impact on GDP growth in the second quarter, boosting it 14.6 percentage points at an annual rate, according to the latest reading of the Hutchins Center Fiscal Impact Measure (FIM)…

The GDP contracted at an annual rate of 32.9 percent in the quarter, according to the latest government estimates. The FIM illustrates how much worse the decline would have been if not for federal fiscal policy.

Go check out the entire analysis.

The post Fiscal Response to the Pandemic appeared first on The Big Picture.