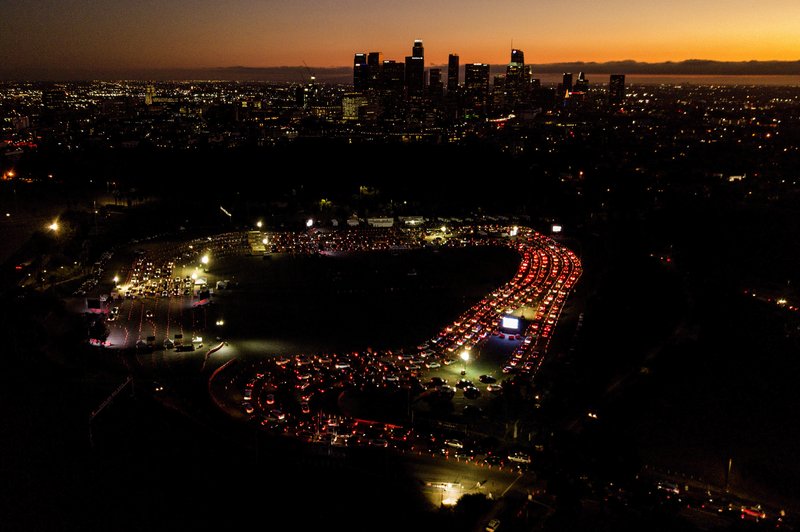 In a plaintive call, the United States’ top public health agency has pleaded with Americans to avoid traveling for Thanksgiving or spending it with people with whom they do not currently live as the apprehensive countdown to a pandemic holiday continues.

The Centers for Disease Control and Prevention released the recommendations one week before the traditional family gathering celebration, report Mike Stobbe and Heather Hollingsworth.

The pleas came at a time when diagnosed coronavirus infections, hospitalizations, and deaths are skyrocketing across the U.S.

The CDC says gatherings should be outdoors if possible, with people staying 6 feet apart, wearing masks and just one person serving food.

California Curfew: An overnight curfew on most residents was announced as the most populous state tries to head off a virus case surge. Gov. Gavin Newsom announced a limited stay-at-home order in 41 counties that account for nearly the entire state population of just under 40 million people. Starting Saturday, all nonessential work, movement and gatherings must cease between 10 p.m. and 5 a.m.. But sheriffs and some lawmakers in some counties say they won’t enforce the curfew, Don Thompson and Elliot Spagat report.

Testing Delays: More people are waiting for hours in long lines to get tested as families hope to gather safely for the holidays amid the surge. Laboratories warn chronic shortages of key supplies will likely create more bottlenecks and delays in delivering results. The U.S. has already doubled its daily testing numbers since summer, but it’s not enough to keep up with the pace of the outbreak, which has already swelled beyond 11 million cases and 250,000 deaths, Matthew Perrone and Marion Renault report.

Treatment Clash: Health officials around the world are clashing over the use of certain drugs to combat the virus That’s led to different treatment options for patients depending on where they live. A World Health Organization guidelines panel advised against using the antiviral remdesivir for hospitalized patients. The WHO says there’s no evidence the drug improves survival or avoids the need for breathing machines. But in the U.S. and many other countries, the drug has been the standard of care because a study found it cut recovery time by about five days, Marilynn Marchione reports. 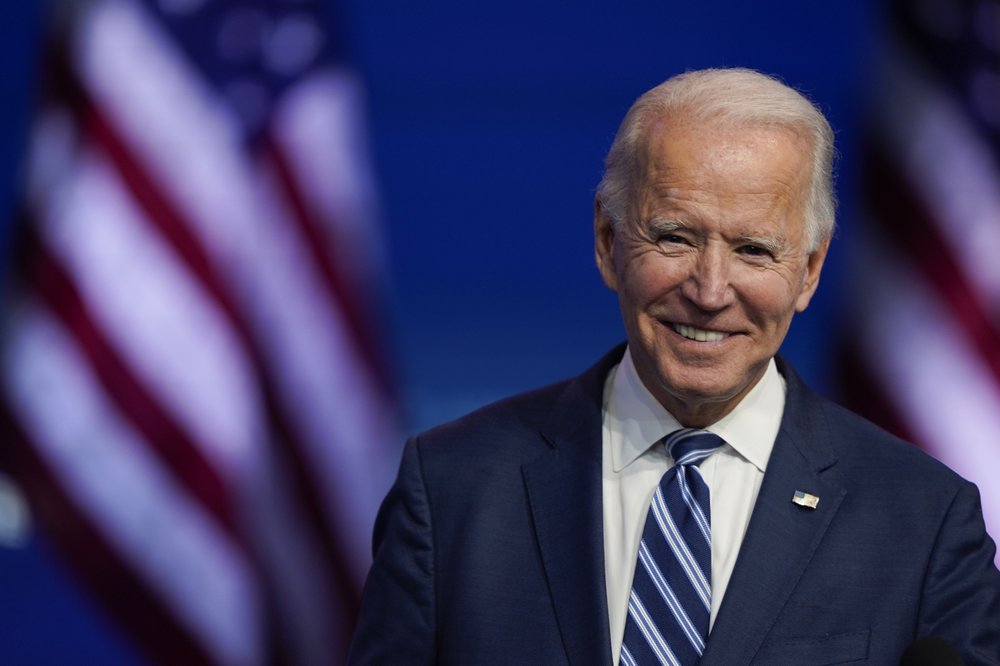 Refusing to countenance the clear reality of a comprehensive election defeat, Donald Trump and his allies are taking increasingly frantic and desperate steps to subvert the results.

That includes summoning Republican state legislators from Michigan today for an extraordinary meeting at the White House as part of a longshot bid to overturn Joe Biden’s victory. Trump also has personally called local election officials who are trying to rescind their certification votes in Michigan.

His legal team has suggested that a judge order Pennsylvania to set aside the popular vote there. And his allies are pressuring county officials in Arizona to delay certifying vote tallies.

Election law experts see this as the last, dying gasp of the Trump campaign and say there is no question whatsoever that Biden will walk into the Oval Office come January. Colleen Long, Zeke Miller, Jill Colvin and David Eggert have the latest developments.

It seems Trump hasn’t perhaps assembled a team of legal eagles to do his electoral bidding. He has launched a barrage of lawsuits across at least five states. But his attorneys have repeatedly made elementary errors in those high-profile cases: misspelling “poll watcher” (P-O-L-L) as “pole watcher” (P-O-L-E), forgetting the name of the presiding judge during a hearing, filing a Michigan lawsuit before an obscure court in Washington by accident and having to refile complaints after erasing entire arguments they’re using to challenge results, Nomaan Merchant reports.

Biden Birthday: It’s the president-elect’s 78th birthday today. In exactly two months, he’ll take the reins of a politically fractured nation facing the worst public health crisis in a century, high unemployment and a sustained reckoning on racial injustice. As he wrestles with those issues, Biden will be attempting to accomplish another feat: demonstrating to Americans that age is but a number. Biden will enter office as the oldest president in U.S. history, displacing Ronald Reagan, who left the White House in 1989, when he was 77 years and 349 days old, Aamer Madhani reports.

Biden has met with governors from both parties and criticized Trump’s unprecedented attempt to block the peaceful transition of power, saying it was hindering the flow of information about programs to develop a vitally important virus vaccine.

Biden also had a damning assessment of Trump, saying he is likely to go down as the nation’s most irresponsible president— not just for his four years in office but also for his refusal to concede the election and cooperate in the transition, Steve Peoples and Will Weissert report.

VIDEO: Biden: Trump is the ‘most irresponsible president’.

Biden flipped Georgia and won its 16 electoral votes. It’s an extraordinary victory for Democrats who had pushed to expand their electoral map through the Sun Belt. Biden’s win pads his Electoral College margin of victory over Trump to 306 to 232.

EXPLAINER: Why AP called Georgia for Biden. The AP called the race for Biden after state election officials there said a hand tally of ballots cast in the presidential race confirmed the Democrat leads by roughly 12,000 votes out of nearly 5 million counted, Brian Slodysko reports.

Progressives: Bernie Sanders and Elizabeth Warren, leaders of the Democratic Party’s left-wing, are at risk of being excluded from the senior ranks of Biden’s administration as the incoming president balances the demands of his party’s progressive base against the political realities of a narrowly divided Senate. The liberal New England senators remain interested in serving in Biden’s Cabinet, but even some of their allies recognize they face major political hurdles getting there, Steve Peoples reports.

Trump’s Legal Troubles: His legal entanglements are likely to intensify when he leaves the White House and loses immunity from prosecution. Manhattan’s district attorney is leading an investigation into his business dealings. There are New York state inquiries into whether he misled tax authorities, banks or business partners. Two women alleging sexual assault are suing. And some Democrats are calling for the revival of a federal campaign finance investigation, Michael R. Sisak reports. 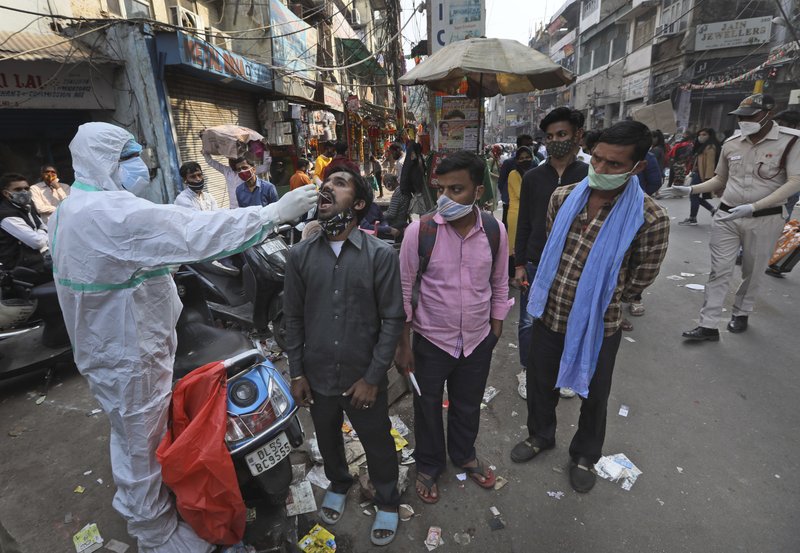 India’s total number of coronavirus cases since the pandemic began has crossed 9 million even as the country’s new daily cases have seen a steady decline for weeks now.

The Health Ministry reported more than 45,000 new infections and close to 600 fatalities in the past 24 hours.

The death toll since the pandemic began is more than 132,000. Authorities in the capital, New Delhi, from where Aniruddha Ghosal reports, are fighting to head off nearly 7,500 new cases a day while ensuring that the flagging economy doesn’t crater again,

Mexico: The country has passed the 100,000 mark in COVID-19 deaths, becoming only the fourth to do so amid concerns about the lingering physical and psychological scars on survivors and those close to them. Mexico’s death toll is behind only the U.S., Brazil and India. It comes less than a week after Mexico said it had topped 1 million registered cases, though officials agree the number is probably much higher, Diego Delgado reports.

Global Hunger: Dire U.N. warnings of a growing hunger crisis are becoming reality in multiple countries. The pandemic is adding a further burden on families struggling to feed themselves already amid collapsing economies and war. U.N. agencies say some 250 million people in 20 countries are threatened with sharply spiking malnutrition or even famine, and billions in aid are needed.

Yemen, pulled back from famine two years ago, is seeing a new surge in severe malnutrition amid lack of funding. In Afghanistan, rising prices and increasing poverty are putting food out of reach for more and more. Isolated by flooding and shaken by civil war, South Sudanese face disruptions to farming. Eissa Ahmed, Tameem Akhgar and Samy Magdy have this report.

Bosnia: Doctors in one of the hardest hit countries in the Balkans are appealing to its  citizens to respect preventive measures and help the ailing health system. As Bosnia battles a surge in cases of infection and a mounting death toll, authorities have converted one third of all hospital wards to treat virus patients. Bosnia has one of the weakest health systems in Europe that was ravaged during the 1992-95 war and further plagued by mismanagement and corruption, Kemal Softic reports from Sarajevo. 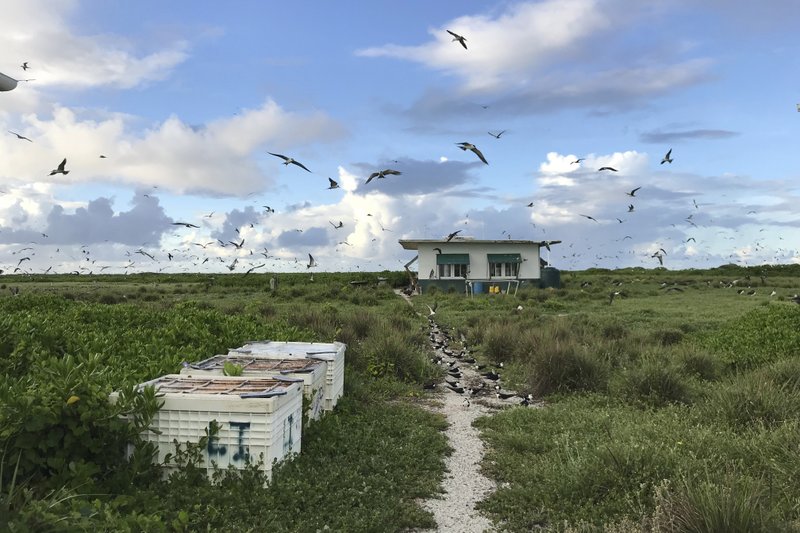 HAWAII DEPARTMENT OF LAND AND NATURAL RESOURCES VIA AP/

While most of the globe has been has been living with their world upended under the specter of  the coronavirus for months, a small group of environmental workers is only now adjusting to that reality.

Just as the virus began to take hold, in February, these four people set sail for one of the most remote places on Earth — a small camp on Kure Atoll, at the edge of the uninhabited Northwestern Hawaiian Islands.

More than 1,400 miles from Honolulu, they lived and worked in isolation, with no television or internet. Their only information came from satellite text messages and occasional emails.

Now they are emerging into a changed society. Caleb Jones has this unusual tale of our times from Honolulu.

Ethiopia could hardly bear another emergency even before deadly conflict exploded in its northern Tigray region this month. Now, tens of thousands of refugees are fleeing into Sudan, and food and fuel are running desperately low in the sealed-off Tigray region along with medical supplies and resources to combat a major locust outbreak. The U.N. warns of a “full-scale humanitarian crisis.” Ethiopia surpassed 100,000 confirmed virus infections, and the Tigray conflict threatens a swifter spread of COVID-19 as people flee their homes.

Australian Defense Minister Linda Reynolds said she was “physically ill” after reading a military report into war crimes that found evidence that elite Australian troops unlawfully killed 39 Afghan prisoners, farmers and civilians. “I was like every other Australian who watched that; I was totally and utterly shocked and mortified,” she said. “I got the report two weeks ago and it made me physically ill.” The Australian Defence Force Chief Gen. Angus Campbell said the report included alleged instances in which new patrol members would shoot a prisoner in order to achieve their first kill in a practice known as “blooding.”

The U.S. government has executed a man who kidnapped and raped a 16-year-old Texas girl before dousing her with gasoline and burying her alive. Orlando Hall is the eighth federal inmate put to death this year after a nearly two-decade hiatus. Hall died by injection at the federal prison in Terre Haute, Indiana. His attorneys cited concerns that Hall, who was Black, was sentenced on the recommendation of an all-white jury. The Trump administration renewed federal executions this year. Only three federal inmates had been executed in the previous 56 years. Hall was convicted in the abduction and death of Lisa Rene in 1994.

Al Pacino, Tina Fey and Eli Manning to appear in ‘Heroes of New York’ lineup to celebrate selfless acts in the city