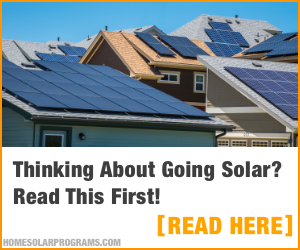 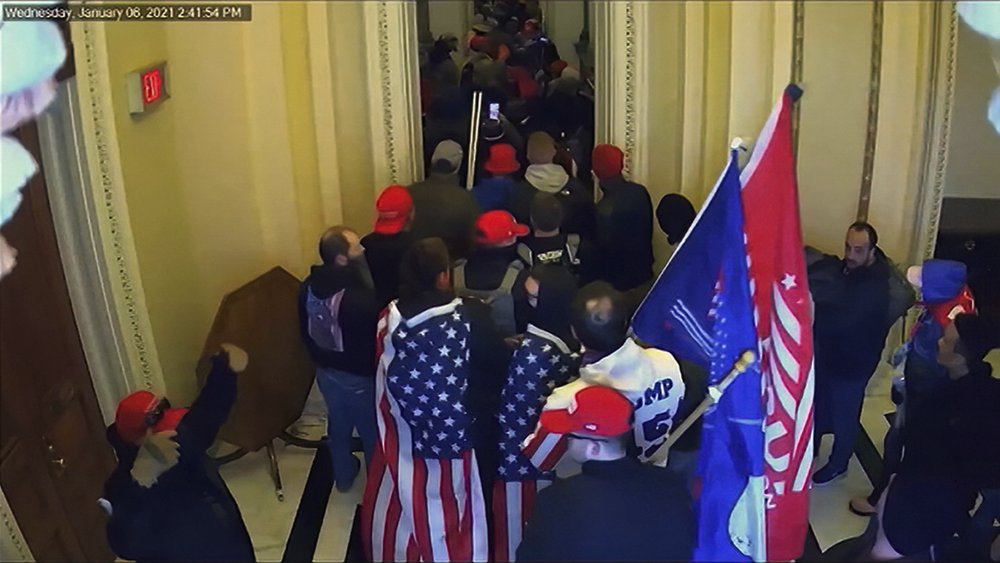 The prosecution has rested its case in Donald Trump's historic second impeachment trial: It was rooted in emotive, violent images from the U.S. Capitol siege, stark declarations of fact and implorations.

Democratic prosecutors argued that dire harm from Trump's false and violent incitements will long bedevil American democracy unless the Senate convicts him of inciting an insurrection and bars him from future office.

They showed videos of the invaders proudly declaring they were acting on the “president’s orders” to undo Joe Biden's election victory.

The overwhelming menace posed at the deadly insurrection and how much worse it could have been were touchstones of the prosecution's case.

As they open their arguments today, they're prepared to concede that violence was every bit as traumatic, unacceptable and illegal as Democrats say. But they'll also dispute that Trump had anything to do with it.

The ready acknowledgment by the defense team of the day's horrors is meant to blunt the impact of the House Democrats’ visceral case and quickly pivot to what they perceive as the more winnable issue of the trial: whether Trump incited the deadly Jan. 6 riot.

Day 3 Trial Highlights: ‘We were invited here,’ a history of violence and a quick defense, captured by Brian Slodysko.

What to Watch as Trump’s lawyers set to deliver impeachment defense.

VIDEO: Defense to argue Trump not tied to riot violence.

Trump Back in Spotlight: For two days, it’s been wall-to-wall Trump. But not on his terms. House impeachment managers have aired footage of him addressing supporters and played video compilations of his rallies, his press conferences and his calls to Fox News. They’ve brought his suspended Twitter account back from the dead, reading his tweets aloud from the Senate chamber. After nearly a month sequestered out of sight at his gilded Palm Beach club, the former president has been thrust back into the spotlight during his second impeachment trial. Barred from social media, Trump has been watching the drama unfold far from Washington, with none of his former megaphone tools to fight back, Jill Colvin and Jonathan Lemire report.

Trump's Lawyer: Bruce Castor, a onetime rising-star prosecutor from suburban Philadelphia, made something of a comeback earlier this week in heading to the well of the U.S. Senate to defend his client, the ex-president. Castor had burned bridges with much of the Republican establishment after a series of election losses in Pennsylvania and stayed out of sight. His moment in the national glare on Tuesday was seen as a meandering and at times aimless hourlong disquisition in search of a point. Castor will have a second chance to make a different impression today, Marc Levy reports. 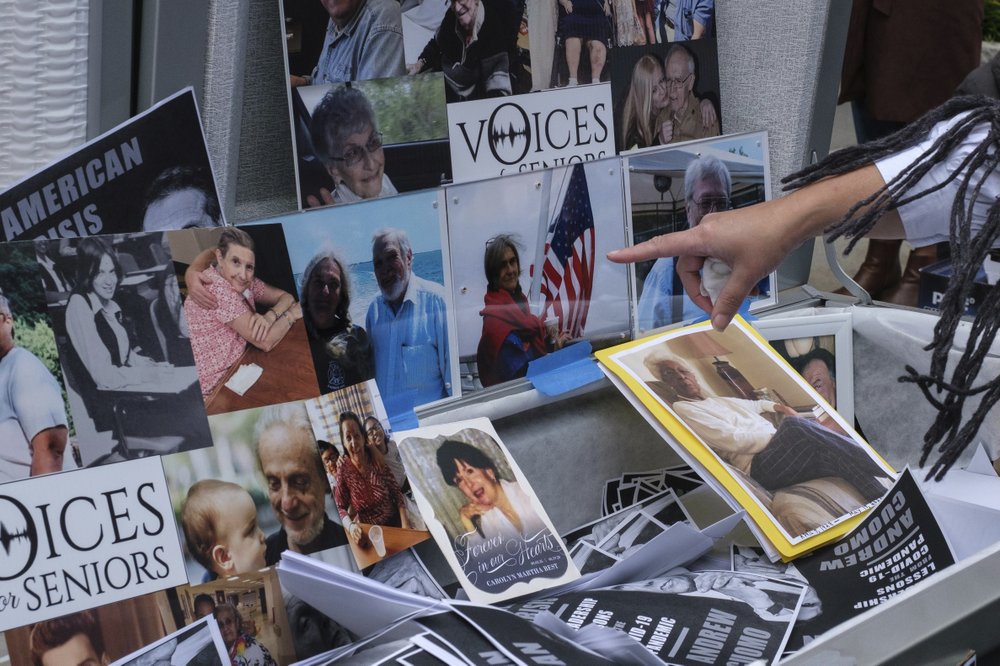 Over 9,000 virus patients were sent into New York nursing homes; Biden says US is securing 600 million vaccine doses by July

More than 9,000 recovering coronavirus patients in New York state were released from hospitals into nursing homes under a controversial directive that was scrapped amid criticism it was accelerating outbreaks.

That's according to new records obtained by the AP, report Bernard Condon and Jennifer Peltz.

The new number of over 9,000 recovering patients sent to hundreds of nursing homes is more than 40% higher than what had been previously released by the state health department.

And it raises new questions as to whether Gov. Andrew Cuomo’s March 25 directive helped spread sickness and death among residents. That's a charge his administration disputes.

Overall, New York has lost over 45,000 people to the virus, more than any other state except California.

U.S. Vaccination Drive: President Joe Biden says the U.S. will have enough supply of the vaccine by the end of the summer to inoculate 300 million Americans. Biden toured the Viral Pathogenesis Laboratory at the sprawling National Institutes of Health complex just outside Washington that created the COVID-19 shots now manufactured by Moderna. Biden says the U.S. had secured contractual commitments from Moderna and Pfizer to deliver the 600 million doses of vaccine by the end of July — more than a month earlier than initially anticipated, Zeke Miller and Jonathan Lemire report.

PHOTO ESSAY: A look inside a modern COVID-19 'field hospital' in Rhode Island. Images and words by David Goldman. 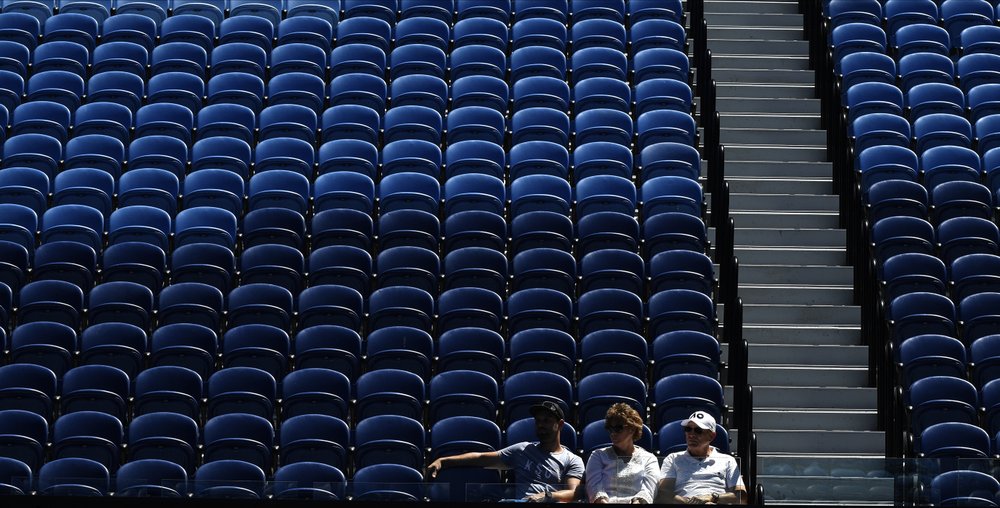 Australia’s second-largest city of Melbourne will begin its third lockdown due to a rapidly spreading coronavirus cluster centered on hotel quarantine. The five-day lockdown will be enforced across Victoria state to prevent the virus spreading from the state capital.

The Australian Open tennis tournament will be allowed to continue but without spectators.

Only international flights that were already in the air when the lockdown was announced will be allowed to land at Melbourne Airport.

A population of 6.5 million will be locked down from 11:59 p.m. until the same time on Wednesday because a contagious British variant of the virus first detected at a Melbourne Airport hotel has infected 13 people. Some Australian states have imposed border restrictions on travelers from Melbourne.

Portugal's Peak: After about two weeks last month as the world’s worst-hit country by size of population, the anxiety in Portugal over the recent pandemic peak has eased slightly. The number of COVID-19 patients in hospital and in intensive care fell for the third straight day. But Portugal’s seven-day average of daily deaths remained the world’s highest, at 2.05 per 100,000 people. One doctor had a nagging fear as the Iberian nation's January surge of cases threatened to overwhelm his intensive care unit at the capital's Curry Cabral Hospital: He was afraid he wouldn't be able to care for his patients. Helena Alves reports from Lisbon.

Britain's Undertakers Under Pressure: Funeral home staff are under intense pressure in many countries, but the burden is especially intense in Britain, where more than 115,000 people with the virus have died. That's one of the highest per capita death tolls in the world. One London funeral director says her phone hasn't stopped ringing, and she worries that "I don’t have what it takes.” Undertakers, embalmers and others who deal with death for a living often regard the burden on them as less important than the pain felt by bereaved families. But many are exhausted by the sheer amount of mortality they have faced, and the pandemic is increasing awareness that their own mental health also deserves consideration, Jill Lawless and Jo Kearney report from London.

Brazil Vaccination-Amazon: Traveling to remote communities in the Amazon is only the first challenge for health workers vaccinating Indigenous and riverine people. They can also face deep skepticism about receiving the shot. Much of that stems from the doubts that Brazil’s far-right President Jair Bolsonaro repeatedly sowed about the efficacy of the vaccines. Although Indigenous communities have gained greater access to technology and the internet in recent years, information often arrives in a very distorted way, Diane Jeantet and Fernando Crispim report. 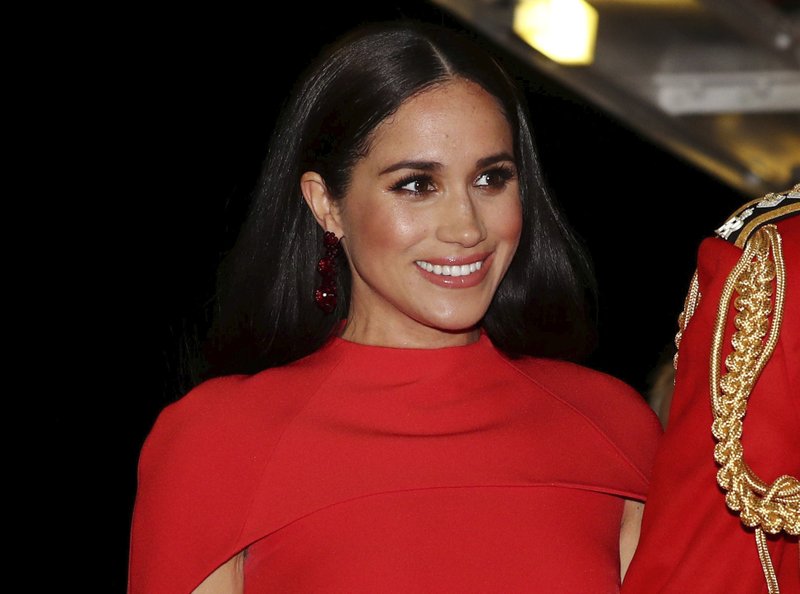 The British royal family and the country's tabloid news media have had a checkered past to say the very least in recent decades. A once symbiotic relationship of sorts has been poisoned by lawsuits and accusations of intrusion, hounding and most recently, racism.

In the latest episode, a British judge ruled that a newspaper invaded the Duchess of Sussex’s privacy by publishing a personal letter to her estranged father.

It was a major victory for the royal, the former Meghan Markle, in her campaign against what she sees as media intrusion, Jill Lawless reports from London.

Meghan, sued the publisher for invasion of privacy and copyright infringement over five February 2019 articles in the Mail on Sunday and on the MailOnline website, which published portions of a handwritten letter to her estranged father, Thomas Markle, after her 2018 wedding at Windsor Castle to Prince Harry, youngest son of the late Princess Diana.

But the defense argued Meghan wrote the letter as part of a media strategy to rebut a negative view conveyed by her father, and with help from the communications team in the royal couple’s Kensington Palace office.

Meghan, an American actress and star of TV legal drama “Suits,” married Harry, a grandson of Queen Elizabeth II. In early 2020, Meghan and Harry announced they were quitting royal duties and moving to North America, citing what they said were the unbearable intrusions and racist attitudes of the British media. They recently bought a house in Santa Barbara, California.

A police officer using pepper spray against a handcuffed 9-year-old Black girl in Rochester, New York, has spurred outrage as the latest example of law enforcement mistreatment of Black people, and one that shows even Black children are not exempt. Advocates say societal stereotyping of Black children as appearing older than they are and as threatening or dangerous leads to officers treating them in ways they wouldn’t dream of treating white children. The child’s mother says she didn’t think the white officers saw her daughter the same way that they would have seen a white child. There's a point in the police body camera video where an officer says, “You're acting like a child!" to which the girl replies, “I am a child!"

Yoshiro Mori has resigned as the president of the Tokyo Olympic organizing committee following sexist comments implying women talk too much. Mori’s departure comes after more than a week of non-stop criticism about his remarks earlier this month. He initially apologized but refused to step away. That was followed by relentless pressure from media, sponsors and an online petition that drew 150,000 signatures. But it’s not clear that his resignation will clear the air and return the focus to exactly how Tokyo can hold the Olympics in five months.

North Korean leader Kim Jong Un ripped into his Cabinet's performance and fired a senior economic official he appointed a month ago, saying they’d failed to come up with new ideas to salvage an economy in decay. It comes during the toughest period of Kim’s nine-year rule. The diplomacy he hoped would lift U.S.-led sanctions over his nuclear program is stalemated, and pandemic border closures and crop-killing natural disasters last year deepened the damage to an economy broken by decades of policy failures. The current challenges may set up conditions for an economic catastrophe that triggers public panic and unrest.

Chick Corea, a towering jazz pianist with a staggering 23 Grammy Awards, has died at age 79. Corea pushed the boundaries of the genre and worked alongside Miles Davis and Herbie Hancock. Corea died of cancer, his team said. In 1968, Corea replaced Hancock in Miles Davis’ group, playing on the landmark albums “In a Silent Way” and “Bitches Brew.” He formed his own avant-garde group, Circle, and then founded Return to Forever. Corea is the artist with the most jazz Grammys in the show’s 63-year history, and he could also posthumously win at the March 14 ceremony. 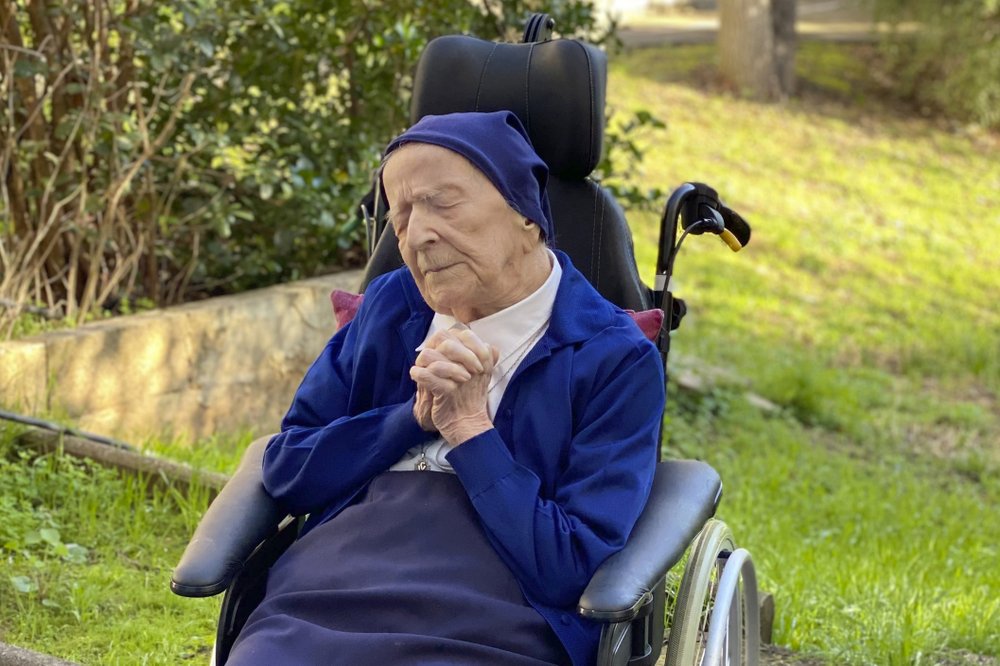