GM to invest $1 billion in U.S. after pressure from Trump | MrTopStep.com
Skip to content

GM plans to bring thousands of information technology jobs back to the U.S. from overseas, creating a total of 7,000 new jobs in the U.S. when the IT jobs and new manufacturing jobs are combined 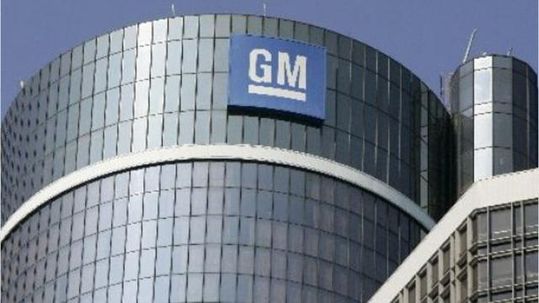 General Motors said today it will invest an additional $1 billion at several plants in the U.S., a move that comes just a week after President-elect Donald Trump’s latest tweet critical of the automaker’s Mexican car production.

The automaker also said it plans to bring thousands of information technology jobs back to the U.S. from overseas, creating a total of 7,000 new jobs in the U.S. when the IT jobs and new manufacturing jobs are combined.

The company simultaneously said the investments had been in the planning stages for some time — denying it was in response to pressure from Trump — while also saying “this was good timing” to make the announcement.

The automaker said the $1 billion investment, along with the 1,500 new jobs that will be created or retained in the U.S., are in addition to $2.9 billion announced in 2016 and more than $21 billion GM has invested in its U.S. operations since 2009.

GM also said it will begin work on bringing axle production for its next generation full-size pickup trucks in the U.S., including work previously done in Mexico, to plants in Michigan, creating 450 U.S. jobs.

“All of the decisions behind today’s announcement are good business decisions and they have been in the works for some time,” said GM spokesman Pat Morrissey. “There’s no question there is an emphasis on job creation in the U.S. right now. This was good timing for us to share what we are doing, including our ongoing commitment and track record for U.S. investment over the last several years.”

Trump moved quickly to take credit for the investment with two tweets.

“With all of the jobs I am bringing back into the U.S. (even before taking office), with all of the new auto plants coming back into our….country and with the massive cost reductions I have negotiated on military purchases and more, I believe the people are seeing “big stuff.”

The automaker declined to say directly if it briefed Trump on the investment decisions and also declined to identify the individual plants that will gain work, saying details will be announced throughout the year.

“As the U.S. manufacturing base increases its competitiveness, we are able to further increase our investment, resulting in more jobs for America and better results for our owners,”  GM CEO Mary Barra said in a statement. “The U.S. is our home market and we are committed to growth that is good for our employees, dealers, and suppliers and supports our continued effort to drive shareholder value.”

GM said it has been shrinking its presence outside of the U.S. in recent years as it has strived to improve efficiency and has moved more efficient. On Tuesday, GM said it plans to insource more than 6,000 IT jobs that were formerly outside the U.S. — a move that will create more than 5,000 new jobs in the U.S. over the next few years.

In 2015, GM announced plans to invest $8.3 billion in the U.S. over a four year period while adding 3,300 jobs as it negotiated a new four-year contract with the UAW.

However, GM also has been aggressively investing in Mexico and has had to layoff employees at plants in the U.S. as car sales have declined.

Since late 2014 GM has announced more than $10 billion of investments and more than 5,000 new jobs in Mexico.

Your comprehensive guide to the 2017 Detroit auto show

What started in 2015 with Trump frequently criticizing Ford for expanding its presence in Mexico has morphed into something much larger. Trump, in recent weeks, has turned his attention on GM, Fiat Chrysler Automobiles, Toyota and even German automakers.

Trump first slammed GM on Twitter during the first week of January for “sending Mexican-made model of Chevy Cruze to U.S. car dealers-tax free across border.” Last week, Trump praised both Ford and Fiat Chrysler for announcing plans to invest in the U.S. and suggested that GM should follow.

“I hope that General Motors will be following,” Trump said last week during his first press conference as president-elect. “I think they will be.”

What remains difficult to determine is how much of an impact Trump is truly having on the automotive industry. In each case, the automakers have said their new investments were either in the works for months or have said changing market conditions are the primary reason for the investments even while citing an expected pro-business environment under Trump as a factor.

Fiat Chrysler said on Jan. 8 it would invest $1 billion in the U.S. to make the Jeep Wagoneer, Jeep Grand Wagoneer and a Jeep pickup in the U.S., but CEO Sergio Marchionne had made references to all of those vehicles nearly a year ago.

Ford, on Jan. 3, canceled plans to build a new $1.6 billion plant in San Luis Potosí, Mexico and and simultaneously announced it would invest $700 million at its plant in Flat Rock and create 700 jobs there. However, Ford still plans to move production of the Ford Focus from its plant in Wayne to its plant in Hermosillo, Mexico.

“We look at all the factors, and our view is we see a more positive U.S. manufacturing business environment under President-elect Trump and the pro-growth policies and proposals that he is talking about, so this is a vote of confidence for President-elect Trump and some of the policies that they may be pursuing,” Fields said earlier this month when the automaker canceled its plant in Mexico.

Every automaker has been trying to figure out what to expect from the incoming Trump administration. Trump has frequently threatened to slap a 35% border tax on products imported from Mexico and to pull out of the North American Free Trade Agreement.

Such a move would likely create a trade war with Mexico and would severely harm automakers that have spent billions building new plants and an supplier infrastructure in Mexico over the past 25 years.

Fiat Chrysler CEO Sergio Marchionne said he needs to know what U.S. automotive regulations will be as the automaker develops new cars and trucks and makes investment decisions.

On the other hand, auto executives expect Trump will cut corporate taxes and could pull back on greenhouse gas and fuel economy standards that could save the automakers money.

“The reality is, we have a president that hasn’t gone through an inauguration yet. Everything truly is speculation,” said Jeffrey Conrad, Honda senior vice president and general manager. “We are going to look, wait and see, and we will react accordingly.”

GM appears to be in a better position than most automakers to have Trump’s ear. A month ago GM CEO Mary Barra agreed to join a panel of CEOs who will advise Trump on economic policy.

Read this article in its original format at USA Today