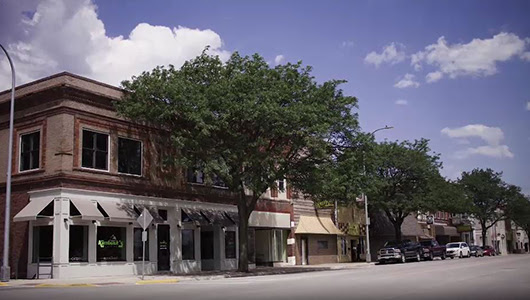 With the economic impact of COVID-19 taking a devastating toll on small businesses and communities, relief efforts from government, corporations and others are taking shape. In a recent phone call with Senators Marco Rubio and Ben Cardin, Goldman Sachs Chairman and CEO David Solomon discussed key provisions of the Coronavirus Aid, Relief, and Economic Security (CARES) Act. “People are now seeing exactly how important [the small business community] is as a source of employment, but also as a source of everyday activity,” said Senator Rubio, chairman of the Senate Committee on Small Business and Entrepreneurship, who explained the provisions of the Act aimed at providing economic relief to small businesses. Senator Cardin, the ranking member of the committee, added: “What Senator Rubio and I are trying to do is keep small businesses viable so that you don’t have to reinvent your company after this crisis is over and try to find the workers you need in order to do the work.” This conversation is now available on our Talks at GS podcast.

At a CEO roundtable at the White House on Tuesday, David Solomon announced that Goldman Sachs is doubling the firm’s capital commitment, raising the total to $550 million for all COVID-19 relief efforts from Goldman Sachs. The firm is committing $500 million to Community Development Financial Institutions (CDFIs) and other mission-driven lenders to provide emergency capital for underserved small businesses. In addition to the lending capital, Goldman Sachs will also provide $25 million in grants to CDFIs to help build their capacity, as well as a $25 million COVID-19 Relief Fund to support nonprofits supporting communities hardest-hit by COVID-19. “Businesses need this support urgently and we know that the expertise and experience of CDFIs will be crucial,” said Solomon. The firm’s commitment was spurred in part by our survey of 1,500 business owners which found that 51% would not be able to operate beyond three months.

Learn more about policy details and other programs in the US and UK on the Goldman Sachs Small Business Resource Center.

Governments around the world have taken unprecedented steps to dampen the economic shock of the coronacrisis—but even in the early stages of implementing those measures, more are on their way. Goldman Sachs economists estimate private sector output in the US is likely to be $1.9 trillion lower in 2020 than previously expected, leaving a gap in lost income beyond what was addressed in the measures passed so far, such as the $1,200 payments to individuals included in the “Phase 3” legislation. “Phase 4” could expand the deficit by another $500 billion in the remainder of 2020 and target the crisis’ worst economic effects more directly, although it will likely face greater political friction. In Europe, the crisis has reignited tensions over greater fiscal integration within the Euro area, and calls for jointly issued “coronabonds” have run into resistance from northern countries. But without sufficient fiscal risk-sharing mechanisms at the Euro area level, the economists say the burden may again fall on the European Central Bank to backstop public sector balance sheets indefinitely.