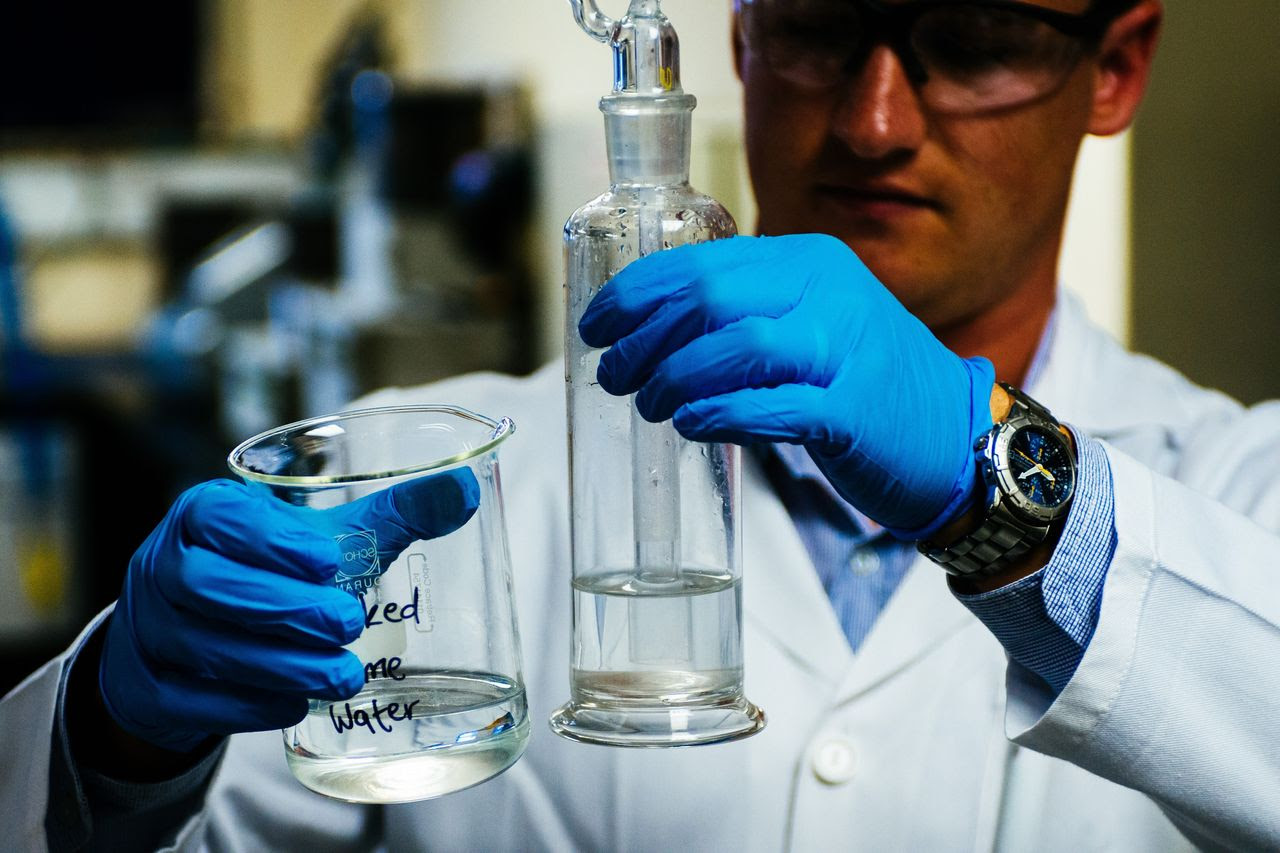 It is hard to imagine a less-loved sector than energy.

The energy members of the S&P 500 XX:SP500.1010 have dropped 42% this year, compared with the 37% advance for the index’s information technology components XX:SP500.45. That is even worse than the 30% drop in front-month light sweet crude oil futures CRUDE OIL – ELECTRONIC this year, and the bonds of energy companies also have performed better, which “suggest to us that investors think that they will be less profitable, even if they are less likely to go bust,” according to Oliver Allen, markets economist at Capital Economics.

There is a whole host of worries. In the short term, there is less of a need for energy of any sort, since economies are still running well below capacity due to the coronavirus pandemic. There is also the potential of higher taxes in a Joe Biden administration, and, bigger picture, climate change, which not only makes the sector unpopular to environmentally-focused investors but also is likely to prompt tougher regulation.

Which is where an interesting piece of research from Goldman Sachs comes in. Entitled “Reimaging Big Oil: The Age of Transformation,” the bank says a new European Commission rule kicking in by the end of next year can actually drive this shift. It will require companies to classify their activities with regard to sustainability.

“Big Oils have always been vertically integrated in oil, from production to downstream processing, trading and retail, and have been able over recent years to develop and manage complex energy supply chains in natural gas. We believe that they have the capability to transition from international oil companies to integrated energy companies and see them integrating vertically in low carbon power, leveraging their brand and trading capabilities to acquire power customers,” say the analysts, led by Michele Della Vigna.

Under what is called the EU taxonomy, Goldman analysts see five categories that are eligible to be labeled as sustainable in which Big Oils have a material or growing presence: low-carbon electricity; petrochemicals manufacturing; biofuels manufacturing; clean hydrogen and carbon sequestration. 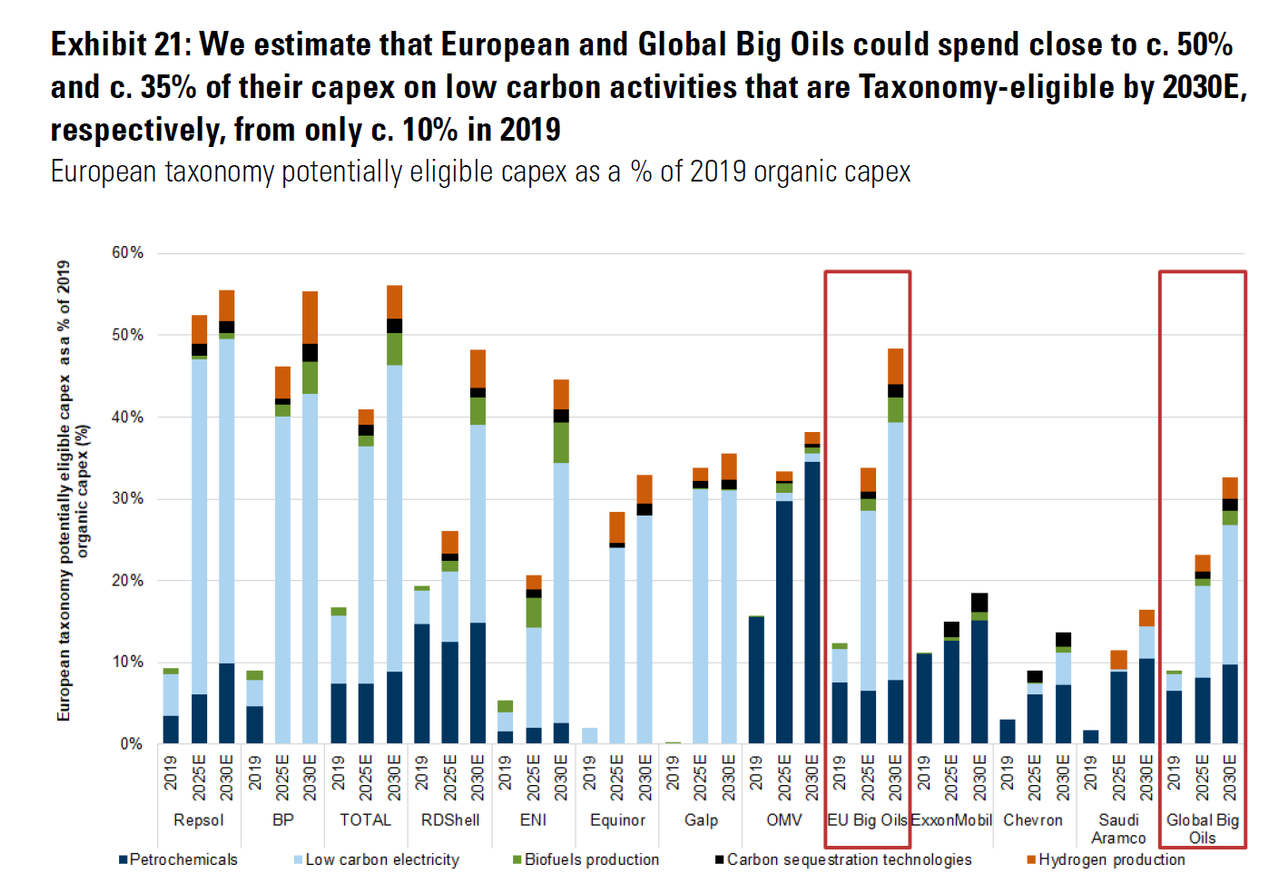 They estimate European big oil companies could increase their share of taxonomy-eligible revenue to 25% by 2030, from 7% now, and 50% of capital expenditure, from 10% today.

Repsol ES:REP and BP BP, both with ambitious targets to expand their low-carbon business, could have 20% of their enterprise value made up of these activities by 2030, the Goldman analysts say. The report also analyzes Exxon Mobil XOM, Chevron CVX and Saudi Aramco SA:2222.

Dr. Anthony Fauci, the nation’s top infectious disease official, said a COVID-19 vaccine could be available earlier than expected if ongoing clinical trials produce overwhelmingly positive results. The National Institutes of Health said there are insufficient data to recommend either for or against the use of convalescent plasma for the treatment of COVID-19 — approved on an emergency basis by the Food and Drug Administration after White House pressure — and should not be considered standard of care.

The Centers for Disease Control and Prevention issued an order forbidding evictions of tenants who can’t pay rent due to the coronavirus pandemic through the end of the year.

The ADP private-sector payrolls report is due at 8:15 a.m. Eastern, ahead of the Labor Department’s nonfarm payrolls report on Friday. At 2 p.m., the Federal Reserve’s collection of anecdotes on the economy, the Beige Book, will be unveiled. New York Fed President John Williams is among the list of central bank officials due to speak. Richmond Fed President Tom Barkin told The Wall Street Journal the central bank will need to continue providing significant support to the economy, as he flagged a slower-than-anticipated jobs market recovery.

Rep. Joe Kennedy became the first member of his famous family to lose an election in Massachusetts, after Sen. Ed Markey won the Democratic primary.

The euro EURUSD was lower after the European Central Bank’s chief economist, Philip Lane, said the euro/dollar rate does matter.

The ongoing question: Go to school or stay home longer?

The ongoing question: Go to school or stay home longer?