Why billionaire investor Leon Cooperman says there are ‘three stock markets,’ as he warns about danger in FAANG stocks 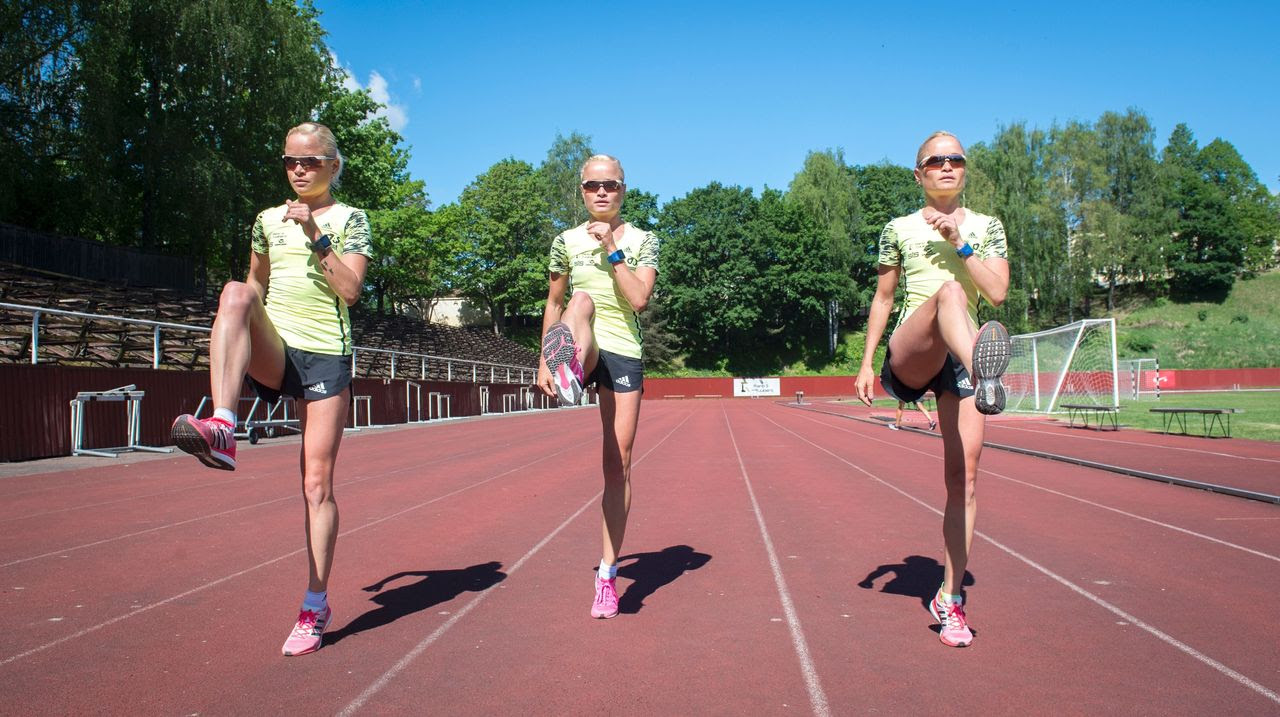 Leon Cooperman, the 77-year-old billionaire chief executive of hedge fund Omega Advisers, has a lot of thoughts on the stock market. Or, as he puts it, three stock markets.

The first market is what he would call the FAANG market — companies like Facebook FB, Amazon AMZN, Apple AAPL, Netflix NFLX and Google owner Alphabet GOOG, the technology heavyweights that benefit from the COVID-19 disruptions. “Those stocks, to a degree, are better than gold. They are selling at very rich valuations, but if you look at interest rates, they’re not expensive,” he said in an interview with RealVision. Cooperman said his largest position is Alphabet, and he has a big position in Microsoft MSFT, a decent sized position in Amazon, a small position in Facebook, and added a quick lament that

he got out of Apple far too early.

The problem with those stocks, he says, is the market has had runs like this before, and there is usually a high failure rate. Comparing it to the Nifty 50 large-cap stocks of the 1970s, he said a 20% failure rate “would do a lot to sterilize the successful ones.” He also said he wouldn’t be surprised if an excess profit tax were imposed on the beneficiaries of the coronavirus pandemic.

The second market is what he calls the Robinhood market, referring to the zero-cost stock brokerage where young, retail investors play, bidding up bankrupt or struggling companies like Hertz HTZ, American Airlines AAL and Eastman Kodak KODK. “Look, [billionaire investor] Carl Icahn is no fool. He’s a brilliant guy. He’s done a fabulous job in running his own financial affairs. He sold his mistake in Hertz [for] 72 cents a share. Three weeks later, the Robinhood guys take it for five bucks,” said Cooperman. “I don’t pay any attention to that market, it’ll end in tears, etcetera.”

The third market is “the rest of the market, and there’s plenty of value there, and you just got to manage your risk accordingly.”

Cooperman was asked by RealVision managing editor Ed Harrison to which of the three markets does Tesla TSLA belong. “I’m not involved in Tesla, because I’m like a corporate type of guy, and [Chief Executive] Elon [Musk]’s behavior, the guy’s obviously a genius, but his behavior is such that I’m not comfortable, with his tweeting and this and that, and the market cap of company is just way beyond anything,” he said. Volkswagen XE:VOW3, he added, just came out with an electric car, as has Porsche XE:PAH3 at the higher end.

A CNN poll found viewers thought Biden did better by a 60%-to-28% margin — a nearly identical view of the first 2016 presidential debate, in which viewers thought former Secretary of State Hillary Clinton beat Trump by a 62%-to-27% margin. Speaking of Clinton, Director of National Intelligence John Ratcliffe on Tuesday declassified a Russian intelligence assessment alleging Clinton in 2016 was trying to stir up a scandal by

Also on the politics front, both House Speaker Nancy Pelosi and White House chief of staff Mark Meadows indicated hope that a stimulus deal could be reached, possibly this week, according to the Washington Post.

On the economy, both measures of Chinese manufacturing purchasing managers index accelerated. ADP reports its measure of private-sector payrolls, and Chicago PMI and pending home sales data also are due for release.

Walt Disney DIS set out plans to lay off 28,000 workers in its theme park division.

Regeneron REGN said its trial antiviral drug cocktail reduced the coronavirus load and the time needed to ease symptoms in non-hospitalized patients with COVID-19. Moderna MRNA late on Tuesday said early-stage data suggest its COVID-19 vaccine can generate neutralizing antibodies in older and elderly adults at levels comparable to those in younger adults.

Memory-chip maker Micron Technology MU reported better-than-forecast results, while saying it doesn’t have a license that it is seeking to sell to China’s Huawei Technologies.

General Motors GM won’t complete its deal with embattled electric-truck maker Nikola NKLA on Wednesday, according to a CNBC report. There is a risk the deal could completely collapse, following a short-seller’s accusations against Nikola and the ensuing federal government investigations it has triggered.

U.S. stock futures were pointing to an unhappy end to September, with the Dow contract DJIA FUTURES down 159 points. Down nearly 5% this month, the S&P 500 SPX still has climbed 8% this quarter, and the 29% gain over the last two quarters is shaping up to be the best six-month period since 2009. 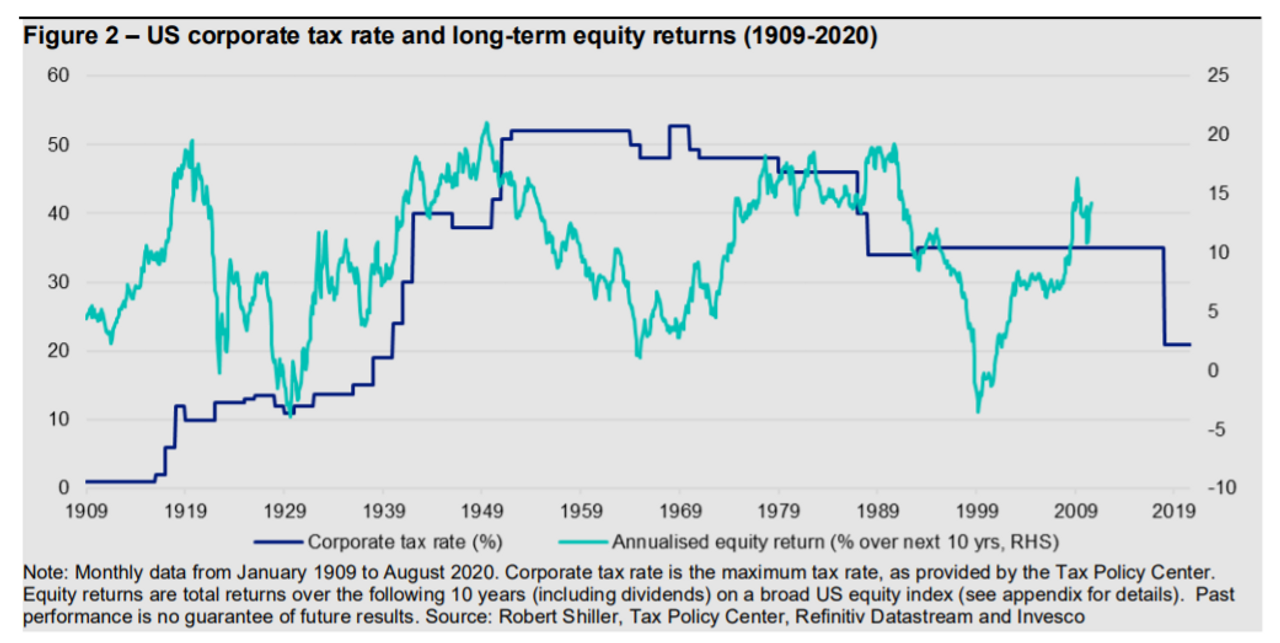 The market’s biggest concern concerning a Biden presidency is his promise to increase corporate tax rates, from 21% currently to 28%. Invesco analysts Paul Jackson and András Vig say, historically, corporate stock rates aren’t particularly correlated with stock market performance. “Overall, it looks as though there are bigger influences on the stock market than the rate of corporation tax. This is not surprising, given the broader implications of tax changes, including the effect on government financing requirements,” they say.