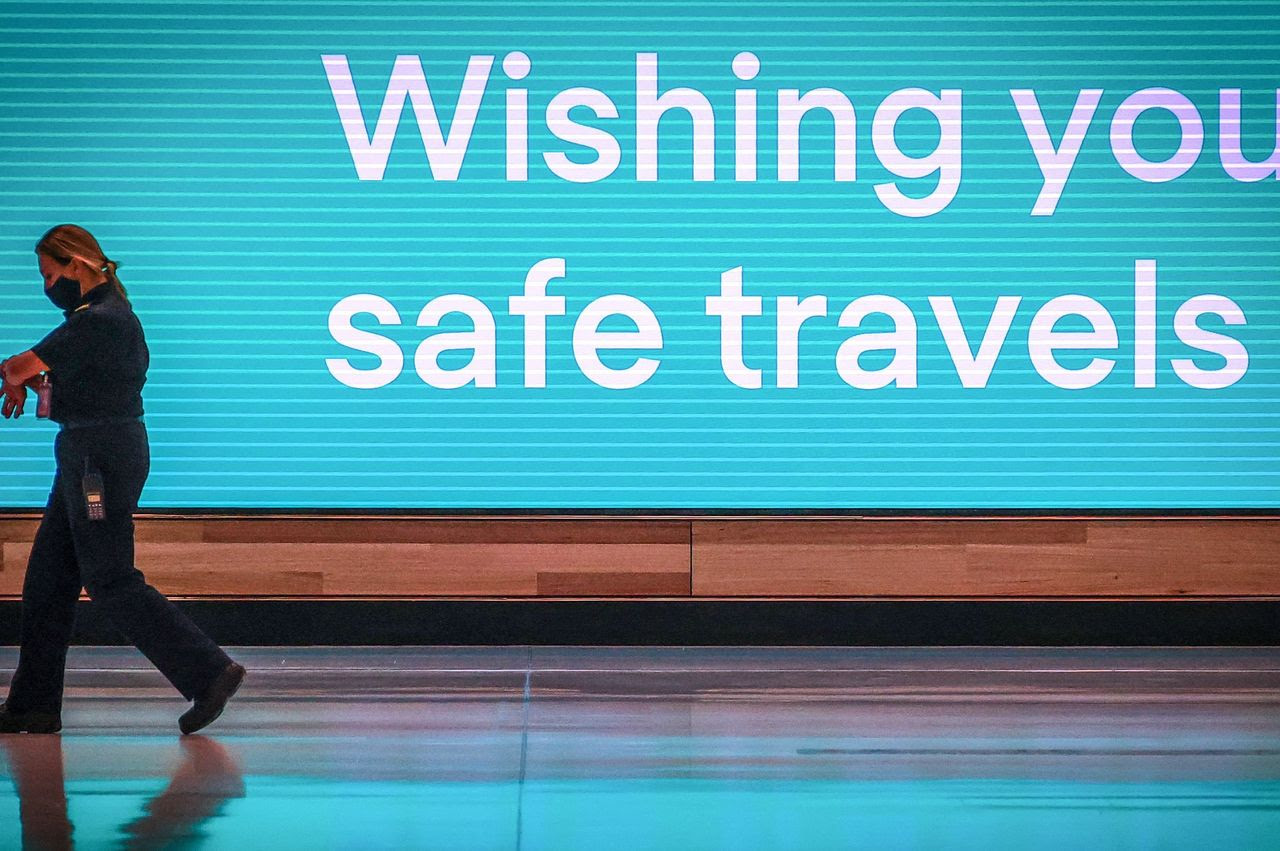 Up 11% in the third quarter and 24% year-to-date, the Nasdaq Composite COMP remains tough to beat for 2020, thanks to stocks that have soared during the pandemic, like Apple AAPL and Amazon.com AMZN.

Our call of the day from Phil Orlando, chief equity market strategist at Federated Hermes, says it’s time for investors to look past those coronavirus “winners,” and focus on the pandemic “survivors.”

“We made a decision in the middle of August that we needed to take our domestic large cap overweight back down to neutral, locking in some tech-related profits and emphasize three areas of the market we felt had lagged dramatically, but were poised to begin to play catch-up over the course of the next 12 to 18 months,” Orlando told MarketWatch in an interview.

The next batch of “winners” is tied to Orlando’s view that the U.S. recession that started at the beginning of the year is just about over, the country has learned enough to avoid a third virus wave, and the vaccine pipeline is optimistic.

“It shoudn’t be a surprise when you look at how well the U.S. economy has been performing over the last five months,” Orlando said. “Third-quarter GDP growth is going to be up around 23% or 24%.”

So he’s zeroing in on three areas — domestic large-cap value (think of big companies that trade at share prices that seem like a bargain), domestic small-cap value, and international stocks.

Boeing BA is an industrial company Federated Hermes owns in several value-themed portfolios. “If the airline industry comes back, they’re going to need to upgrade their fleet of planes,” he said.

Retail has seen a needed shakeout and is full of companies that will thrive and survive, said Orlando. Of course Amazon dominates, but Target TGT, Walmart WMT and Costco COST offer solid multichannel distribution options and products people want.

The list of sectors that have lagged behind and stand to benefit in the next 18 months is long: automotives, housing, leisure and hospitality, including airlines, hotels, auto rental companies, cruise ships, then transport companies and financial companies that have been making loans for housing and investing for clients. And if vaccines are coming, the entire health-care industry — from vial makers to those companies transporting the cargo, will benefit, he said.

“I’m convinced there’s a light at the end of the tunnel, it’s just a question of how long that tunnel is,” said Orlando.

Weekly jobless claims, personal income and the Institute for Supply Management survey for August are ahead.

Lawmakers will continue talks on Thursday to reach a second coronavirus stimulus package. That is as American Airlines AAL and United UAL said they will furlough 32,000 workers as federal aid expires. Banker Goldman Sachs GS is also reportedly

cutting jobs, while Hollywood has warned that many of the nation’s movie theaters will go under without government aid.

The Food and Drug Administration has reportedly widened a probe into AstraZeneca’s AZNUK:AZN coronavirus vaccine candidate, over a recent delay to its trial. And the chief executive of Moderna MRNA said the biotech company’s COVID-19 candidate won’t be ready by the U.S. presidential election.

Shares of STMicroelectronics STM are surging, after the European chip maker lifted its 2020 revenue outlook on a better-than-expected third quarter.

President Donald Trump has signed a bipartisan bill to fund the government through Dec. 11.

The Centers for Disease Control and Prevention extended a no-sail order for cruise ships to Oct. 31. 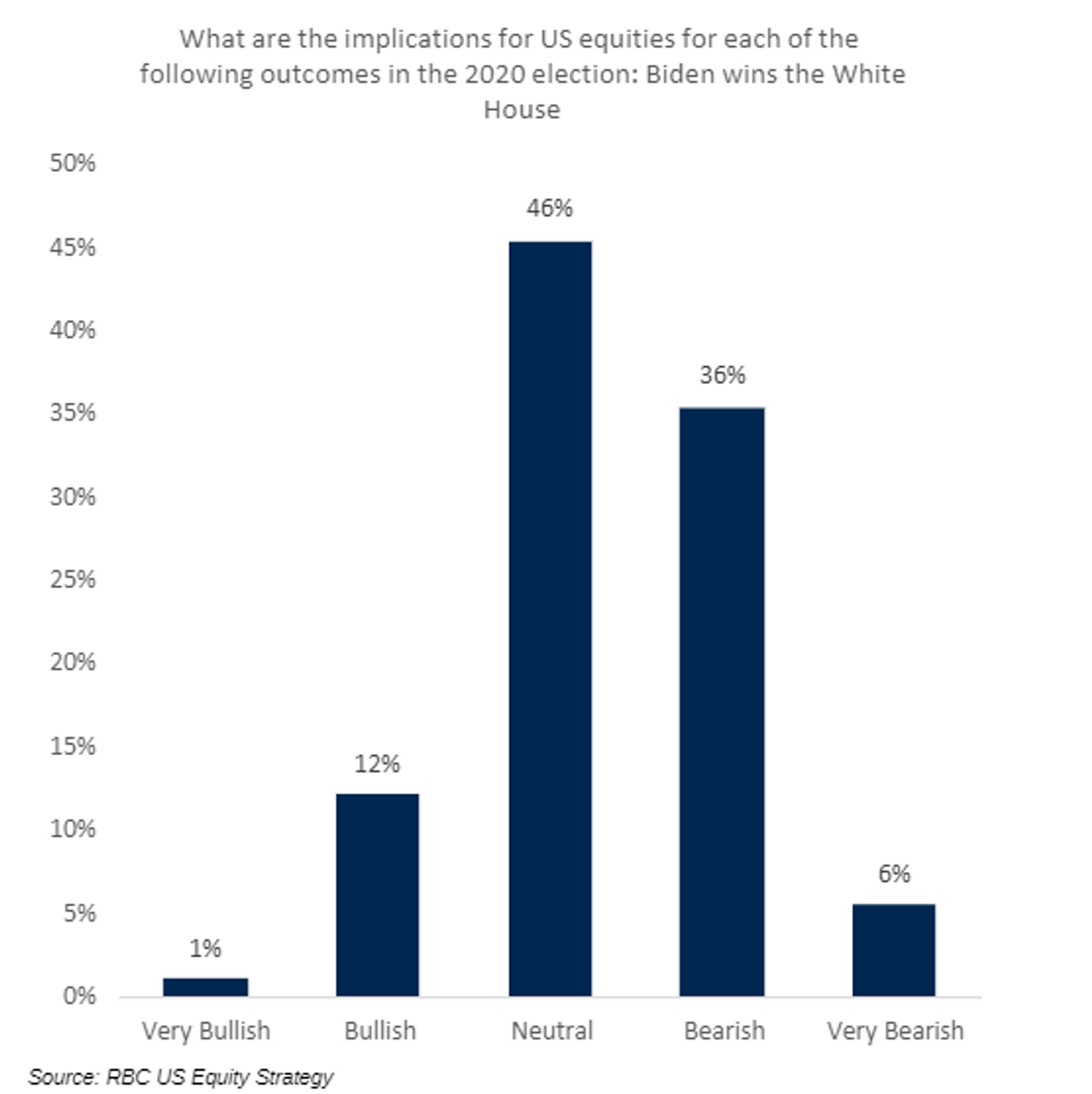 Those bears make up 41% of respondents, down from 60% in June, the first time in two quarters that number has fallen. Still, the neutral camp is most popular and bulls aren’t plentiful. 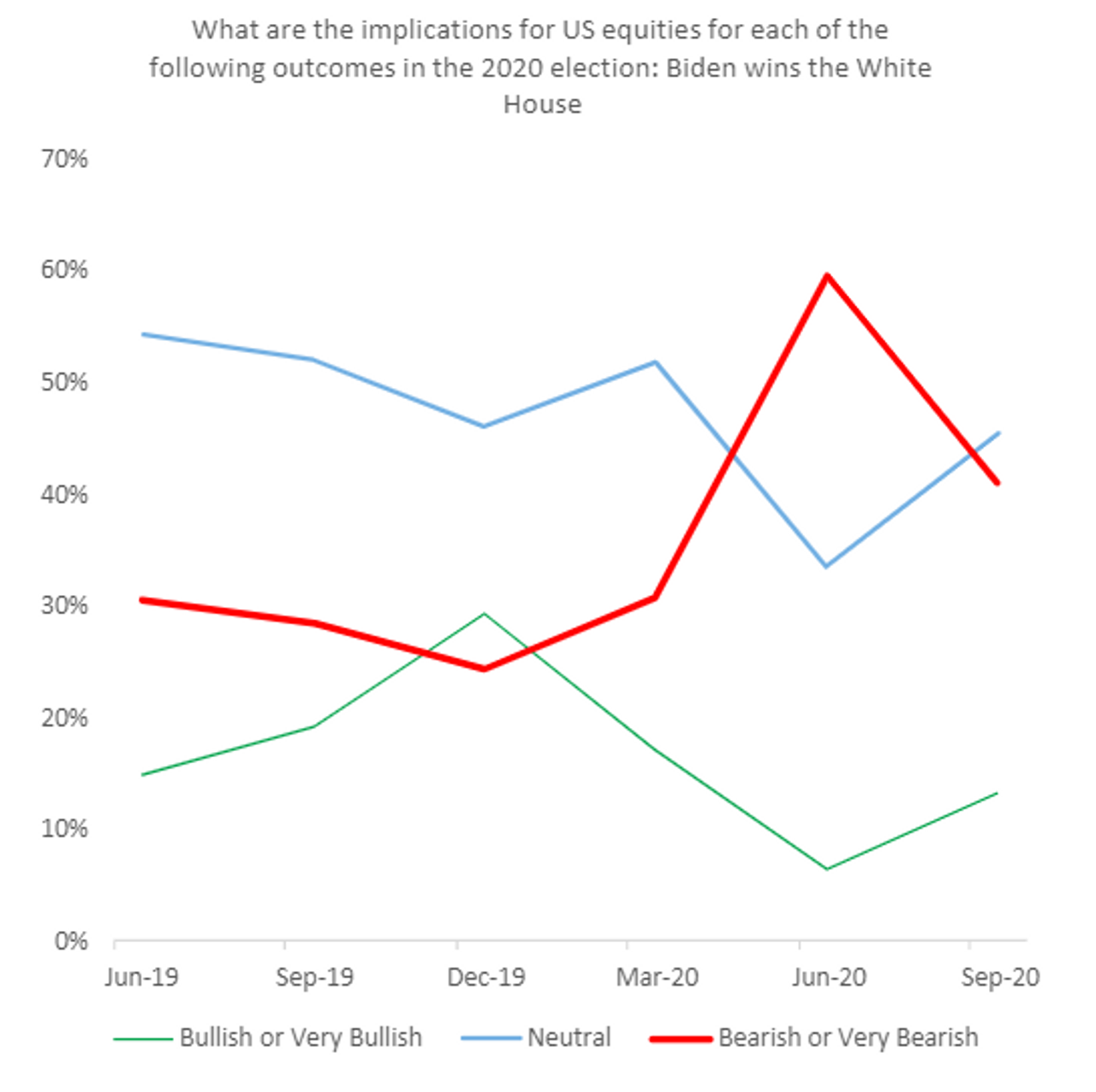