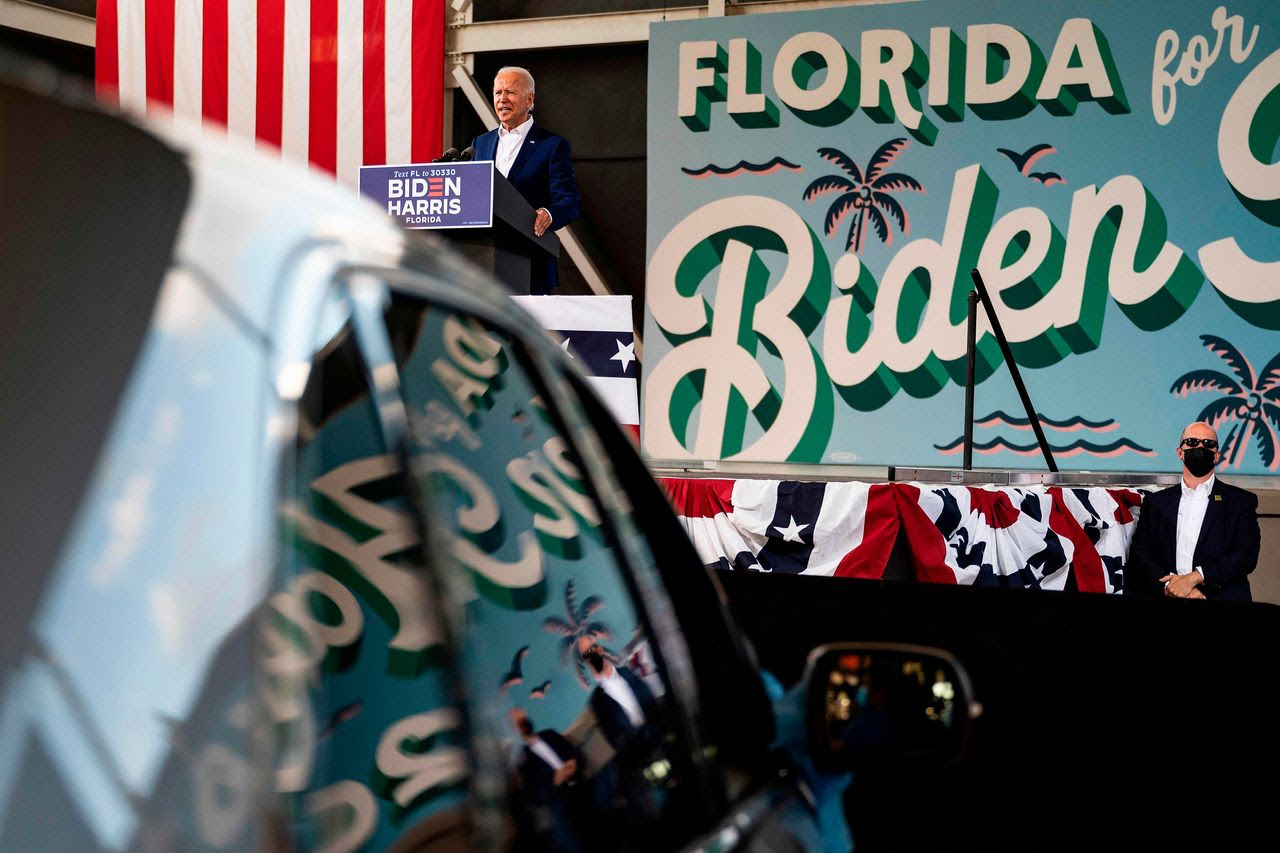 There was, to be fair, bad news on the coronavirus vaccine front hanging over markets on Tuesday. But results on the first day of earnings season weren’t terrible, and the data on small-business sentiment were encouraging. The International Monetary Fund, while sounding a cautious note, did upgrade its economic outlook.

To analysts at Longview Economics, a London-based research firm, it is looking like the rally from September lows was overextended, and the upside trend is “tired.” They say markets are overbought at an index, sector and single-stock level as traders have become “greedy.” 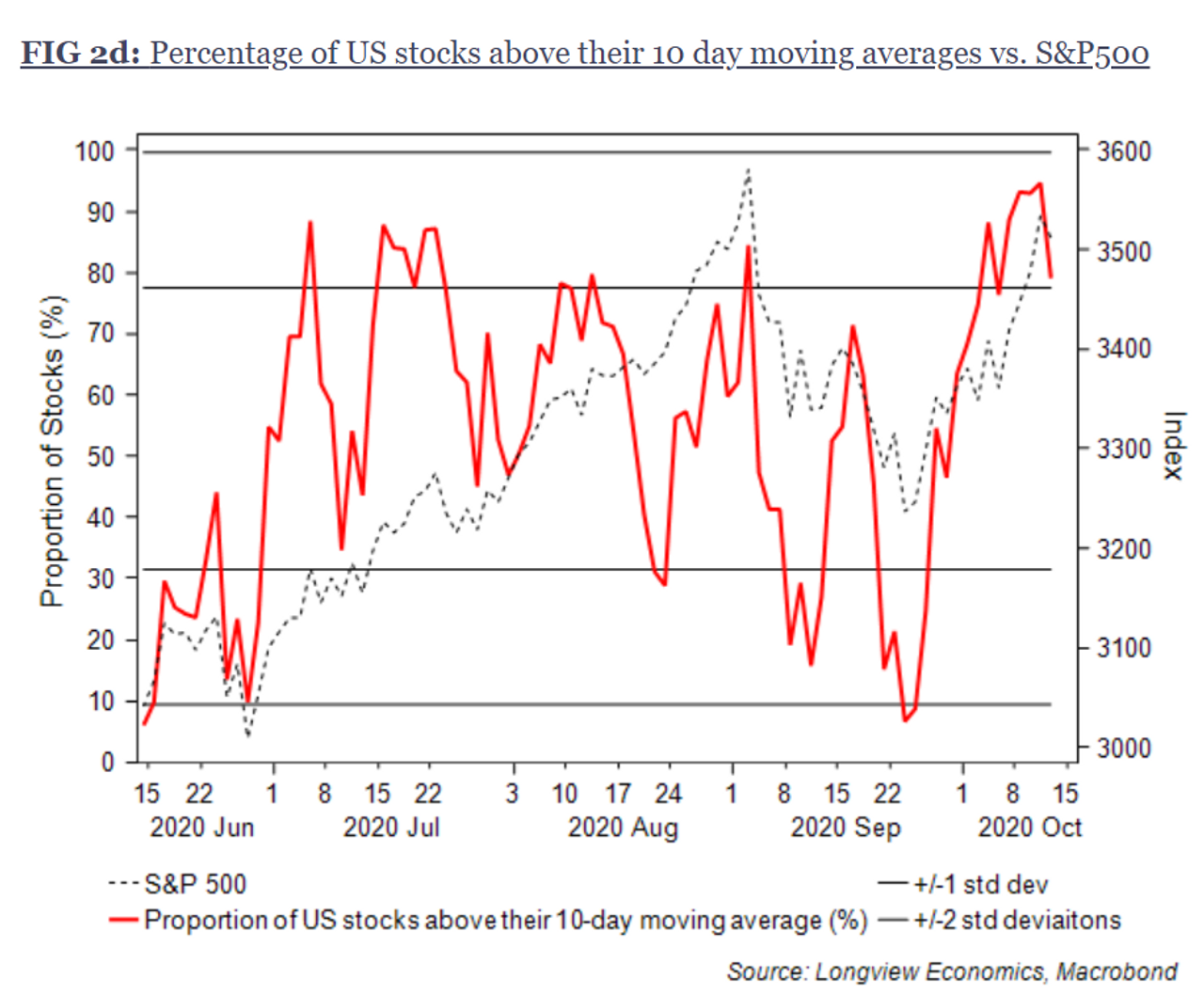 “Added to which, the U.S. election is now just under three weeks away while the data shows that current levels of portfolio hedging are low,” they say. 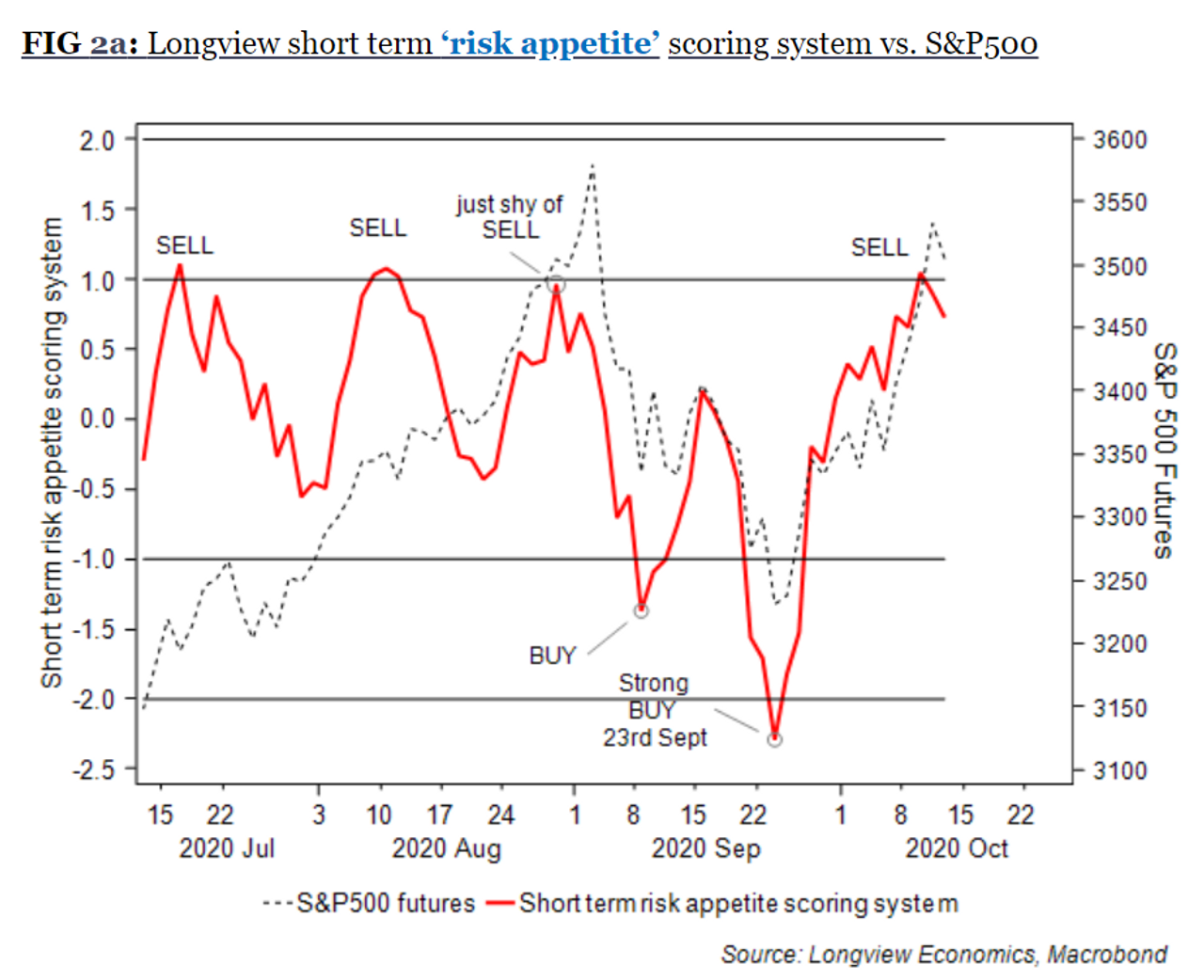 “Certain outcomes in the election (e.g. a contested result) have the potential to add to market volatility/uncertainty. With those risks now in sight, it seems likely that money managers will start implementing hedges against those eventualities.”

They are advising to begin building short positions, particularly if the S&P 500 SPX moves back toward the high of the last two sessions, at 3,541. They say to put in a 2% stop loss at the Sept. 2 intraday high of 3,587.

But that is a short-term view. Chris Watling, the founder of Longview, also wrote an article for New York Life Investments, asking whether a Joe Biden presidency that is now expected in financial and betting markets would lead to an inflationary boom or a deflationary bust. Biden, after all, is proposing not just to increase corporate taxes but also lift capital-gains taxes, which would represent quite a shift from the current reign of President Donald Trump, who wants to cut capital-gains taxes further, and signed the current 21% corporate tax rate into law.

Watling is encouraged by news household spending is recovering faster than incomes, suggesting that the household sector is spending the extra cash they saved during the lockdown. Expansions, Watling noted, “generally occur in an environment of cheap money and a strong cash position (i.e. the current climate).” Furthermore, Federal Reserve Chair Powell has played down two of the traditional reasons for tightening monetary policy — inflation and risks to financial stability.

“Given that combination of: a) a recovering economy and b) a Fed that is not currently troubled by those traditional key risks — and remains focused on pursuing ultraloose monetary policy — there’s a strong case that the ‘inflationary boom’ narrative wins out,” Watling said.

Results from Bank of America BAC, Goldman Sachs GS and Wells Fargo WFC are due, a day after Citigroup C reported a record-low in net interest margin and JPMorgan Chase’s JPM earnings beat was driven by lower impairments than expected. Bank of America topped estimates on earnings but lagged on revenue, while shares of PNC Financial Services PNC and U.S. Bancorp USB rose after their results.

Besides banks, ASML Holding ASML, the Dutch microchip equipment maker that is a component of the Nasdaq-100, reported better-than-expected third-quarter earnings and revenue but issued a cautious outlook. UnitedHealth UNH, the health insurer, lifted its fiscal-year guidance after topping third-quarter earnings estimates.

U.S. drug inspectors uncovered serious quality control problems at an Eli Lilly and Co. LLY pharmaceutical plant that is ramping up to make one of two promising COVID-19 drugs, Reuters reported. Johnson & Johnson JNJ Chief Financial Officer Joseph Wolk said the company hoped the pause in the trial for its coronavirus vaccine will only last a few days.

Federal Reserve Vice Chair Richard Clarida headlines a wave of speakers from the central bank, ahead of the International Monetary Fund/World Bank virtual meeting this week. Producer price data also are due for release. 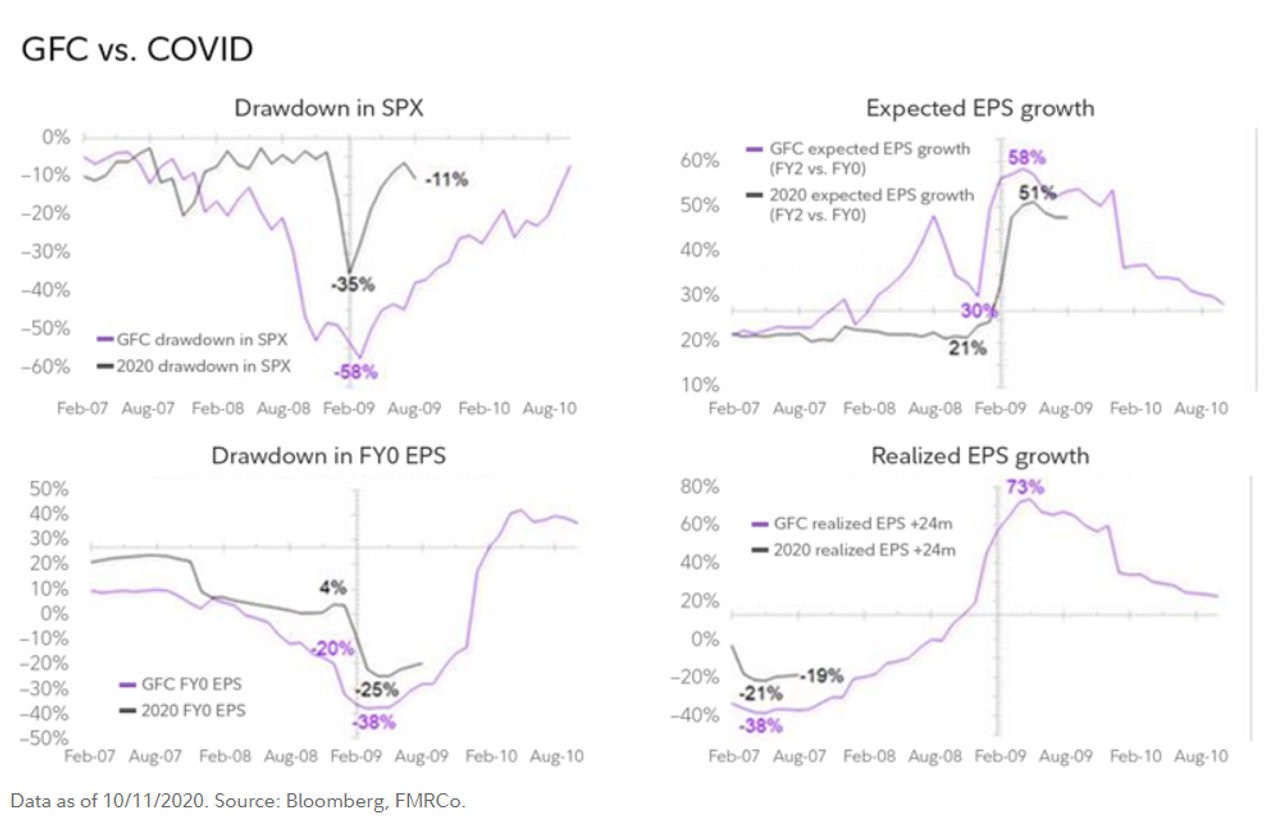 Jurrien Timmer, director of global macro for Fidelity Investments’ global asset allocation division, compared the current coronavirus pandemic to the 2008 financial crisis in terms of both market reaction, as well as expected and reported earnings. “So far so good, which tells me that earnings are likely bottoming now. If earnings are bottoming now, the market can finally start to grow into its valuation and be less reliant on the fiscal/monetary impulse,” he wrote.