Why the ‘dot-com bubble on steroids’ can keep going a while longer, strategists say 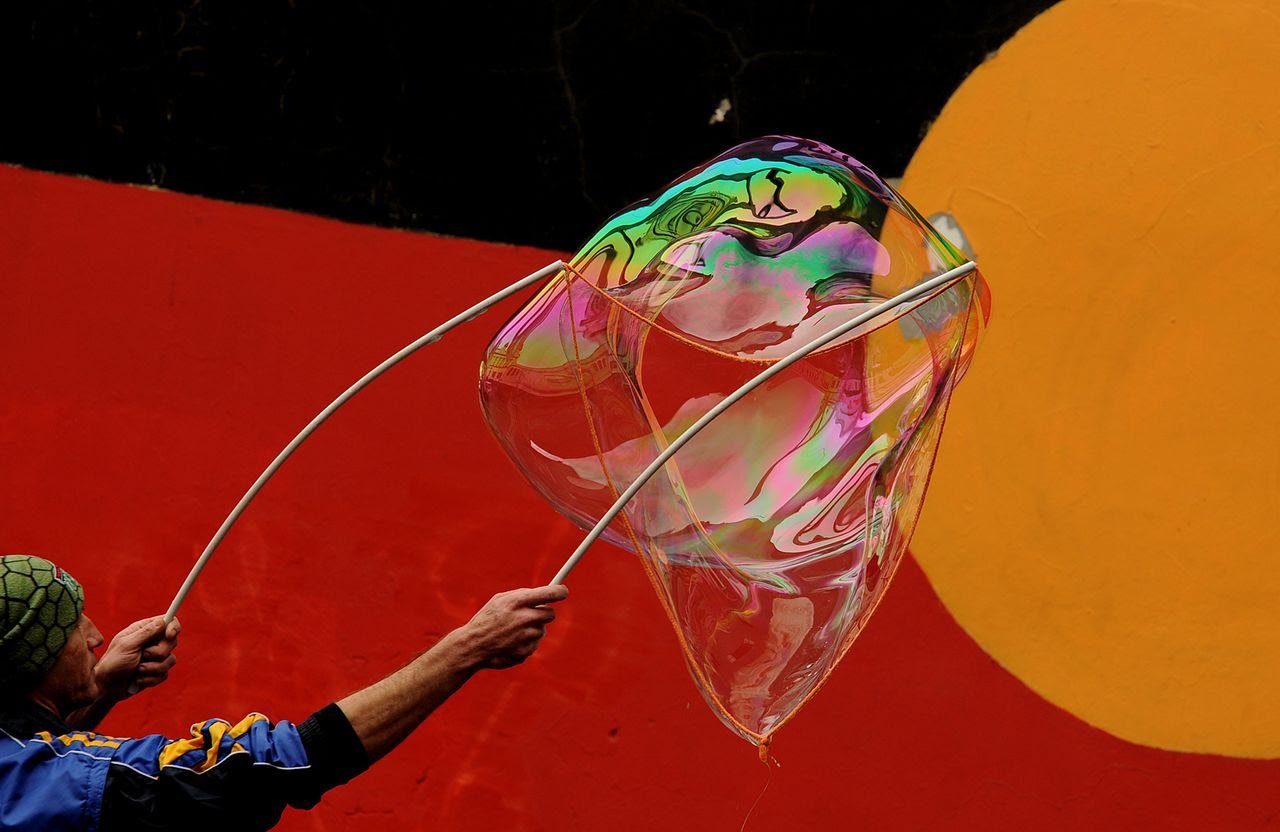 Stocks are being driven higher at the start of the week by the same old hopes of a new U.S. stimulus deal.

House Speaker Nancy Pelosi has set a 48-hour deadline for the White House to strike a deal with the Democrats over a stimulus package before November’s election.

On the 33rd anniversary of the “Black Monday” market crash, the Dow Jones Industrial Average DJIA was set for a 197-point gain at the open.

In our call of the day, TS Lombard strategists said the outperformance of technology — and therefore Growth — stocks was set to continue “for a while longer” yet.

Chief U.S. economist Steven Blitz and head of strategy Andrea Cicione said they were “not alone in being nervous” about Tech stocks valuations. “Growth has had an unprecedented surge for more than 13 years and the recent acceleration appears completely unsustainable,” they said, noting that the recent swell was more extreme than the Growth outperformance during the dot-com bubble — as seen in the chart below (left). They described it as the ‘dot com bubble on steroids,’ in a note.

However, on closer inspection they said the argument for rotating into Value was “less convincing,” as the first two years of stronger Value returns post-2000 were during a bear market. “If the same were to happen this time around, rotating into Value would be at best a defensive strategy.”

But Blitz and Cicione said if a bubble was indeed inflating in tech, there was no guarantee Growth’s outperformance would stop now. “Through its aggressive policy choices, the Fed has engineered a rebound in equity prices since March that is giving investors the perception of lack of risk. So why stop betting on a winning horse now, especially if there is no downside,” they said.

The chart below (right) shows that while the valuation gap between Growth and Value is above average, it is not as extreme as it was in 2000. But Growth’s run may be more advanced that the valuation gap suggests, they added, particularly as many tech companies are now both large and very profitable — in contrast to the late 1990s — making it harder to justify the multiples seen at the height of dot-com mania.

“Investors looking to rotate from Growth to Value would be better off doing so in small-caps, where the odds of a sustained period of Value outperformance are more favorable.

“However, they should bear in mind that if a financial bubble is indeed brewing, it may continue to do so for longer than many expect — under such a scenario, Growth will probably keep doing better until the bubble pops,” they said.

After closing 112 points higher on Friday, the Dow Jones Industrial Average DJIA was set to open higher again on Monday, on hopes for a U.S. stimulus package and China growth data signaling a continued recovery. Dow futures DJIA FUTURES were 0.7% up in early trading, implying a 197-point gain for the Dow at the open, while S&P 500 futures SP 500 FUTURES and Nasdaq futures Nasdaq-100 FUTURES were also up.

European stocks XX:SXXP climbed at the start of the week as the positive sentiment spread to the continent, but the U.K.’s internationally-exposed FTSE 100 UK:UKX failed to join in as the pound GBPUSD rallied 0.6% to $1.2995 despite ‘no-deal’ Brexit fears.

Tesla TSLA and Netflix NFLX — two of 2020’s hottest companies — will look to keep their momentum going in a big week of earnings for investors.

Trading was disrupted by a glitch at Euronext on Monday morning. It affected trading in Paris, as well as Belgium, Portugal, Ireland and the Netherlands.

French food company Danone FR:BNrestored guidance for the full year and laid out a reorganization of its structure as it reported falling sales in the third quarter. The stock rose 1.4% in early trading.

The door is “still ajar” for post-Brexit talks with the European Union if officials in the bloc change their stance on key points, British cabinet minister Michael Gove said Sunday.

Scottish pubs warned of fake funerals to get around COVID-19 rules.