The stock market is set to fall over the next year — and is unprepared for 2 big risks, says Deutsche Bank’s wealth-management arm 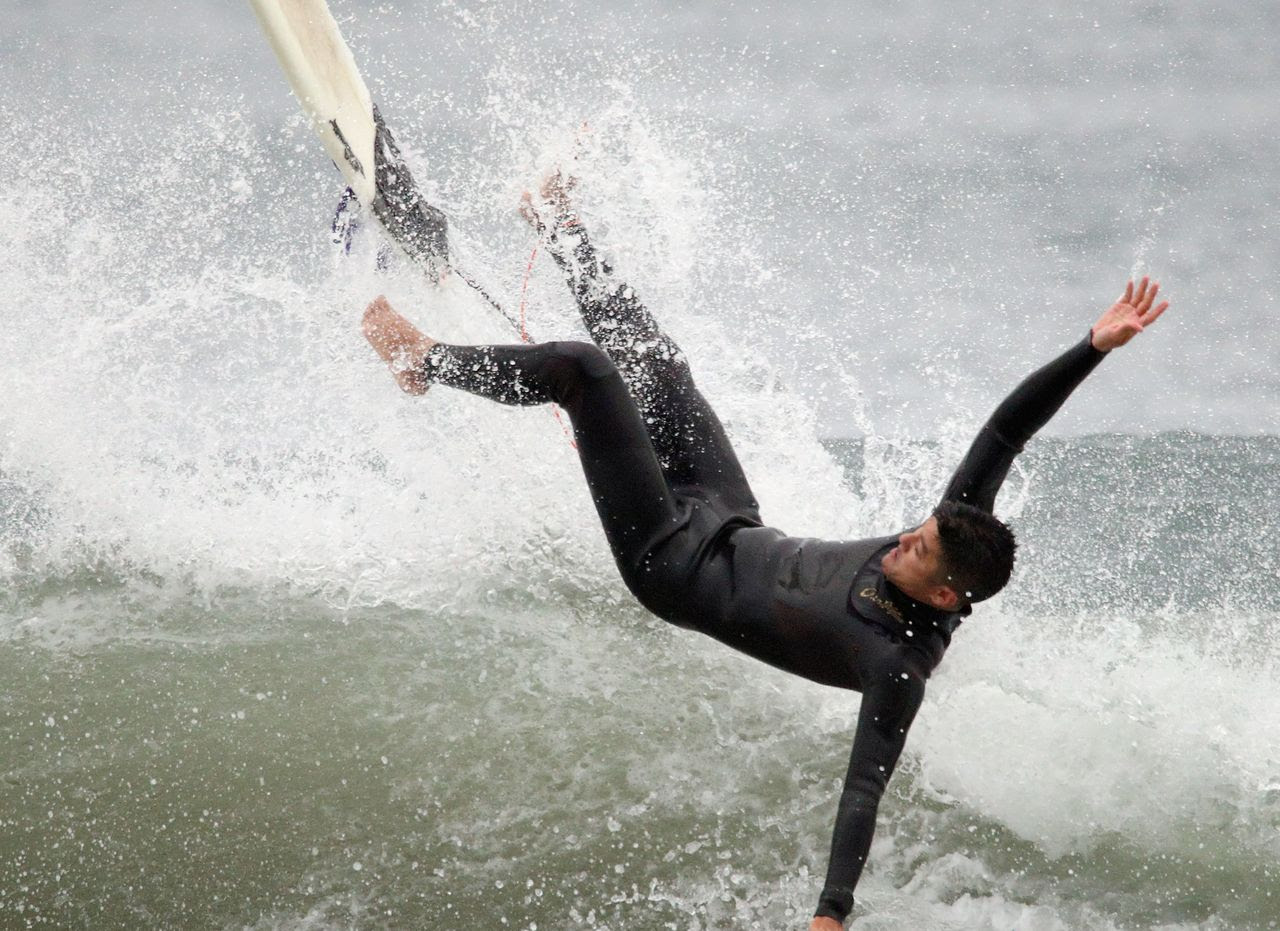 There-is-no-alternative, or TINA, has been a pretty solid investment strategy for those who are riding the stock-market wave. But to Deutsche Bank’s international private bank chief investment office, it has its limits, as the team set a 12-month price target for the S&P 500 SPX of 3,300 by the end of September 2021. The S&P 500 ended Tuesday at 3,443.12.

Tuan Huynh, international private bank chief investment officer for Europe and Asia Pacific at Deutsche Bank, said if Vice President Joe Biden, the current front-runner in election polls, wins, the bank would assume S&P 500 earnings in 2022 of $170 per share, with a price-to-earnings ratio of 19, giving a target of 3230. Though Biden is proposing higher corporate taxes, Deutsche Bank doesn’t expect them until 2022, due to the weak economy.

If President Donald Trump wins, Deutsche Bank would assume 2022 earnings of $180 per share because of a smaller tax burden. “He would still continue with his tax reform, which has benefited mostly the tech companies, because now their tax burden is at a historical low,” said Hunyh. 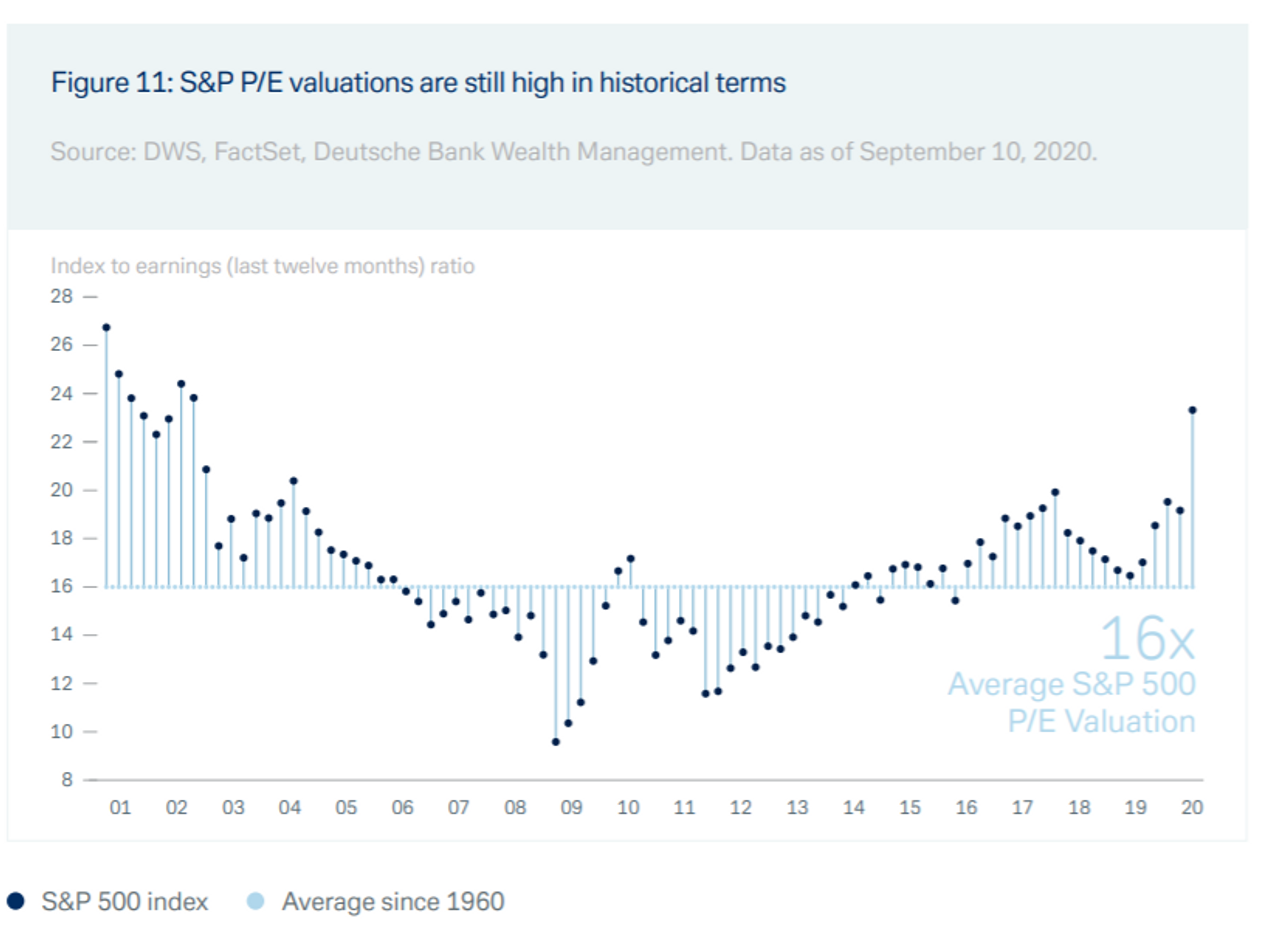 Hunyh said the TINA trade is certainly not over, since interest rates on government bonds are so low, and central banks have pledged not to increase interest rates soon. Initially, clients went into investment-grade bonds, and now Deutsche Bank is advising them to go more into high yield and emerging markets if they have the risk appetite. “Clearly, higher equity allocation over the longer term would be the appropriate asset allocation, and that’s why TINA will play quite an important role,” he said.

Hunyh said the bank is still recommending growth over value stocks. Technology sector earnings that are due to come over the next two weeks will show further evidence that those companies have benefited from the coronavirus pandemic, benefiting from the trends toward e-commerce, digital entertainment, and working from home. Deutsche Bank is still cautious toward value stocks — automobile makers have been hurt both by the economic hit from the pandemic as well as the transition toward electric vehicles, and banks are struggling with the lower interest rates for longer environment.

His clients, who are focused on preserving rather than building wealth, are looking for ways to diversify due to the interest-rate environment. “There is now a strong belief from our clients that rates will stay lower for longer and hence, they really have to do something, but it’s not like they are switching 50% of traditional government bonds directly into corporate credit, high yield, emerging markets or equity,” he said. Deutsche Bank Wealth Management had €206 billion in assets under management at the end of June.

Markets, he said, are unprepared for two risks. “So as long as [the rise in coronavirus cases] doesn’t really lead to a second lockdown, then I think the markets will be fine. But if we are seeing a similar scenario, like March or April, then this is clearly not in the price yet, because banks like us will need to adjust down our GDP forecasts, not only for this year but maybe even for 2021.”

He said another risk is of an election result that is not clear in one direction or the other. The vote by mail will take time to be counted, and meanwhile, Trump could declare himself the winner, which could lead to volatility.

Attention is back on Washington, D.C., after leaders on Capitol Hill gave a one-day extension to their fiscal stimulus talks. The Associated Press reported Senate Majority Leader Mitch McConnell warned the White House not to divide Republicans with a $2 trillion relief deal with House Speaker Nancy Pelosi before the Nov. 3 election.

In the other big political negotiation hanging over the market, the European Union’s chief negotiator, Michel Barnier, said a trade deal with the U.K. was within reach.

Netflix NFLX fell 6% in premarket trade as it reported 2.2 million net new subscribers in its third quarter, after two consecutive quarters topping the 10 million mark amid shelter-in-place orders related to the COVID-19 pandemic. Its earnings fell well below expectations.

Social media app Snap SNAP is due to rally, after a surprise profit on better-than-expected revenue in the third quarter. Other social-media stocks including Facebook FB, Pinterest PINS and Twitter TWTRalso advanced in premarket trade. Ericsson ERIC rallied in Stockholm, after the telecom equipment maker reported strong demand for 5G equipment.

The Federal Reserve’s Beige Book of anecdotes about the economy is due at 2 p.m. Eastern.

Electric-vehicle maker Tesla TSLA reports results after the market close. Tesla has already reported deliveries for the third quarter, so the focus will be on profitability as well as its fourth-quarter outlook.

The bad news is the percentage of intensive care unit beds with COVID-19 patients is increasing in the middle of the U.S. The good news, according to analysis from Evercore ISI, is that the percentage is still not near crisis-level capacity.