The tech giants are at risk of a 2001-style valuation collapse, says colorful SocGen strategist 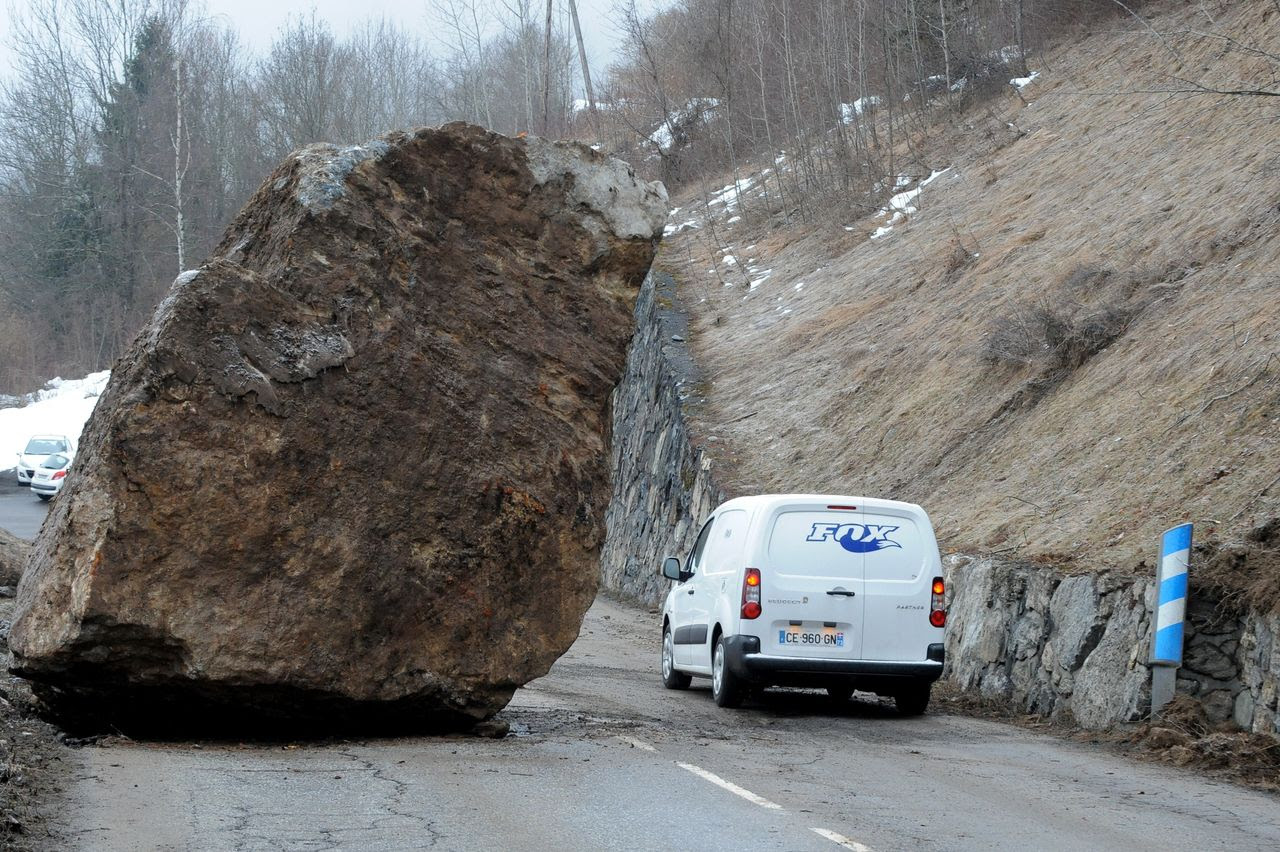 Albert Edwards, the provocative London-based strategist at French bank Société Générale, has been for decades predicting the U.S. and Western Europe would follow Japan into an era of deflation and ultralow bond yields, what he calls the “Ice Age.”

He has been pretty much on the mark about that, even if some of his warnings about the stock market have gone awry. But Edwards has accepted that if bond yields are low, growth stocks should do well.

“In the Ice Age, quality, growth and earnings certainty will be and should be, rerated to extreme highs. But woe betide any stock (or sector, as in 2001) that profit-warns, making the market realize it has been fooled, having wrongly valued it as a growth stock,” he says.

Forget antitrust or bond yield concerns — any hint, he says, of cyclicality could lead to a 2001-style valuation collapse. Including Microsoft MSFT to the traditional FAANG stocks of Facebook FB, Amazon AMZN, Apple AAPL, Netflix NFLX and Google owner Alphabet GOOG, he points out the rest of the S&P 500 has more or less performed in line with the rest of the world.

“The Ice Age thesis supports K-style valuation polarization within the equity market. Growth and quality stocks should be expensive relative to value and cyclicality. But if you have donned the Caesar-like valuation laurels that a growth stock wears, and then reveal yourself as a cyclical impostor when you are sitting at these nosebleed valuations, expect a Brutus-like denouement,” he says.

The second presidential debate was a more civil affair than the initial one, with President Donald Trump and former Vice President Joe Biden discussing the response to the COVID-19 pandemic, immigration, and climate change. Biden said he would “transition from the oil industry,” a remark seized on by Trump, who asked voters in Texas as well as the swing state Pennsylvania to remember that. After the debate, Biden said it was subsidies rather than fossil fuels that he wanted to get rid of.

There didn’t appear to be any fresh developments on fiscal stimulus talks on Thursday evening.

Gilead Sciences GILD said the Food and Drug Administration had approved Veklury, its COVID-19 treatment previously known as remdesivir, for patients who have been hospitalized with COVID-19 infections.

Microchip giant Intel INTCreported a decline in profit and a sharper drop than expected from its data-center business, as its fourth-quarter sales outlook disappointed.

Purchasing managers index data for the U.S. are due, after a eurozone reading in October fell to a four-month low.

The dollar DXY slipped, while the yield on the 10-year Treasury BX:TMUBMUSD10Y, up nearly 13 basis points over the last six days, was 0.86%. 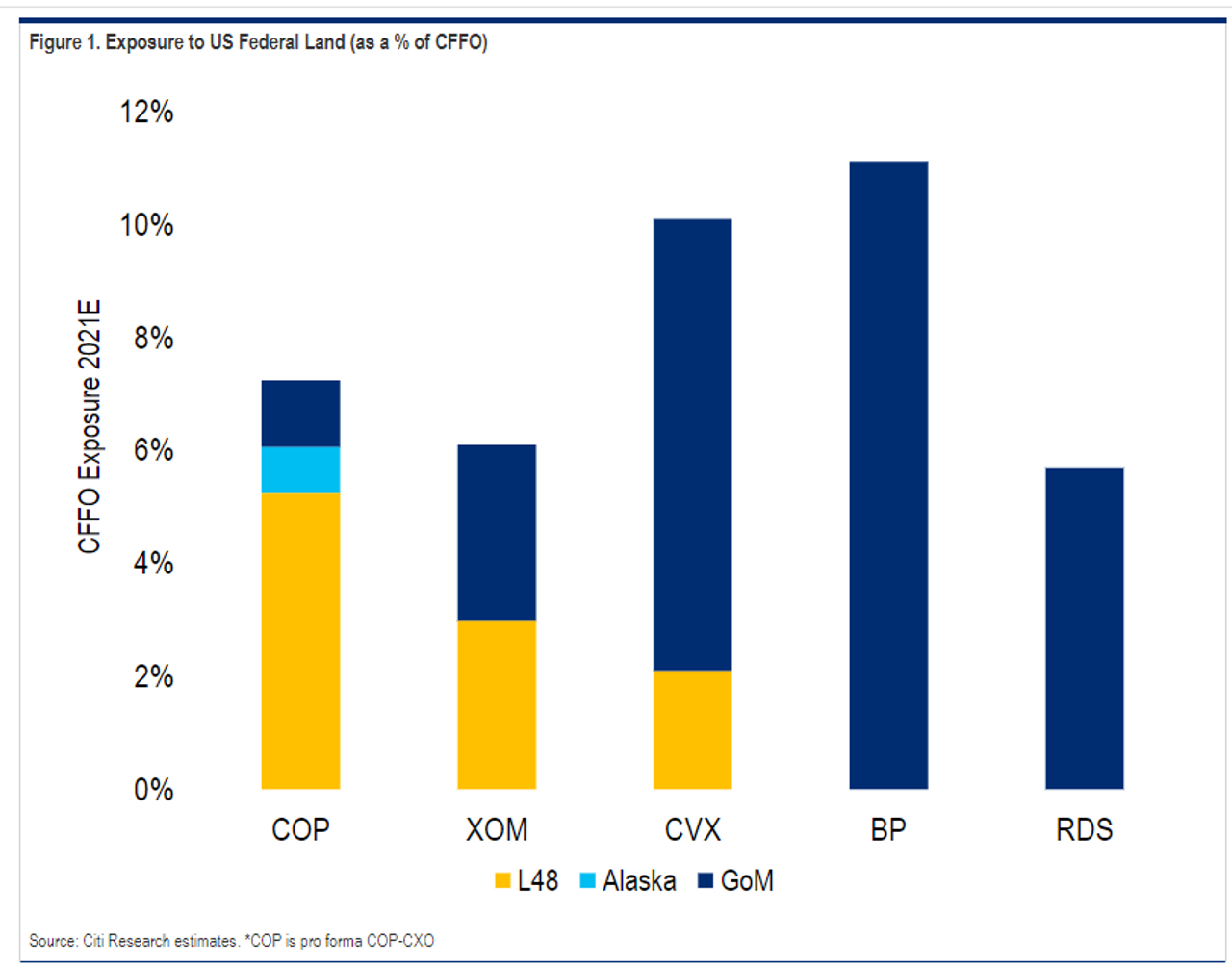 Alastair Syme, an analyst at Citi, discussed the potential for how a Biden administration would deal with the oil industry, and showed the percentage of cash flow from operations coming from U.S. federal lands from the major oil companies — Exxon Mobil XOM, Chevron CVX, ConocoPhillips COP, BP BP, and Royal Dutch Shell UK:RDSA.

“Tougher permitting could conceivably slow growth ambitions for a company such as [Exxon] in the Permian, where much of that growth depends heavily on drilling wells in federal lands in New Mexico,” he said.

The other point he stressed is that a change in attitude toward carbon could have a very large impact on the way in which the industry is able to access capital, and that right now U.S. integrated oil companies enjoy a funding advantage over their European rivals, because of the latter’s promotion of alternative energy.

What Trump meant when he said ‘coyotes’ were taking children over the border.

One voter cast her ballot from space.

This beetle can withstand being run over by a car.