by Contributor
in Commentary
0 0
0

Why Ray Dalio hates cash and bonds, and says the election won’t change his view on the economy 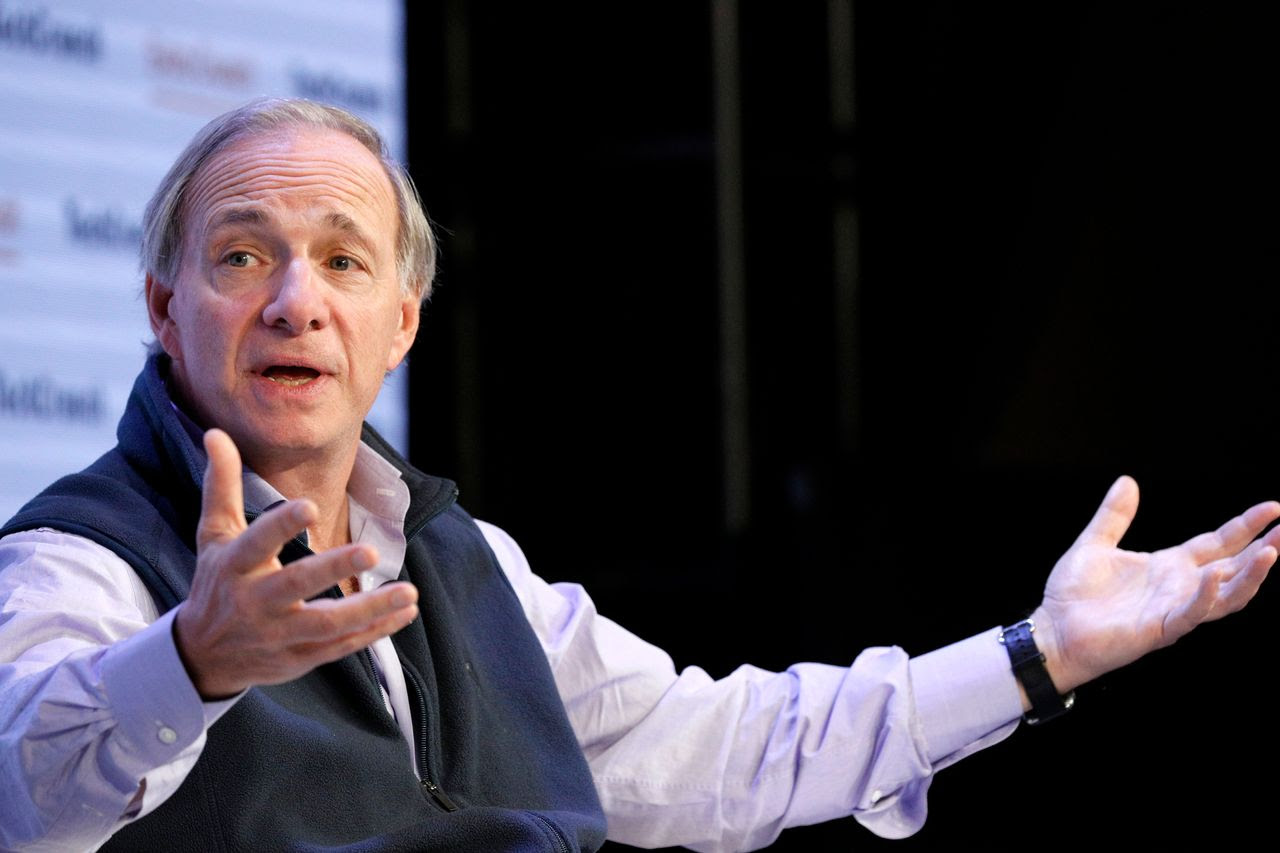 Ray Dalio, the founder, chairman and co-chief investment officer of the world’s largest hedge fund firm, Bridgewater Associates, has had a rough 2020. Bridgewater’s flagship fund has been deeply negative, even as rival hedge funds managed to outperform the market, particularly during the initial turmoil from the coronavirus pandemic.

Still, Dalio does have an enviable record in his four decades in the business, and he is as provocative as ever. In an interview with Barry Ritholtz, chief investment officer of Ritholtz Wealth Management, he alludes to the difficulties his firm has faced. “The pandemic took me by surprise. I figured I didn’t have an edge on the pandemic, and that was stupid,” he said.

Dalio and Ritholtz discussed portfolio construction at length. Bonds are too volatile relative to the tiny yields they offer — “one day’s price change is greater than one year’s yield,” Dalio said. Cash isn’t an alternative, either. “It doesn’t have the volatility to it, but what it does is — like now, it’s like a negative two percent a year,” he said, referring to inflation eroding its value. “So it’s this nonvolatile hidden tax at two percent a year. You look at the compounded effect of one or two or three percent per year on your life, and it is enormous.”

Gold GCZ0, Dalio said, isn’t a good-return asset, but it has been an effective diversifier. Real estate, by contrast, isn’t a good store of wealth, because it isn’t liquid. Cryptocurrencies like bitcoin BTCUSD suffer from three problems — they are hard to transact, they are very volatile and they are at risk from governments banning them.

Dalio said next week’s election isn’t likely to get him to rethink his views of the economy. “If I was to take both parties we’ll have large deficits and monetization. Both parties will have an aggressive China policy, I think. But one party will be more capitalist and let’s say favor asset holders. One will be more left and favor redistribution,” he said.

The bigger issue, Dalio said, is whether the country can be brought together. Capitalists “understand productivity and so on, but they don’t know how to divide the pie that well. And socialists or those that are more of the left have a problem producing as much the increase in productivity.”

The COVID-19 situation in Europe is worsening, with Germany reportedly weighing closing its restaurants for a month, as French President Emmanuel Macron is due to give a nighttime speech outlining new restrictions. In the U.S., hospitalizations have climbed by at least 10% in the last week in 32 different states, according to a Bloomberg News analysis.

With six days left until the election, former Vice President Joe Biden has a 66% chance of beating President Donald Trump, according to London betting markets.

Microsoft MSFT was the headliner of the companies that reported Tuesday night, with the software giant reporting stronger-than-forecast earnings and revenue in the fiscal first quarter. Like many of its rivals, Microsoft was boosted by demand for its cloud-service offering.

The chief executives of Facebook FB, Twitter TWTR, and Google owner Alphabet GOOGwill face a Senate hearing on the law that protects their social-media sites from being held liable for the content posted by their users.

David Einhorn, founder of Greenlight Capital, says the top in the market was Sept. 2 and that the stock market bubble already is bursting.

In a word, ugly. European stocks slumped, with the U.K. FTSE 100 UK:UKX touching its lowest level since mid-April.

The dollar DXY rose, and the yield on the 10-year Treasury BX:TMUBMUSD10Y slipped to 0.76%. 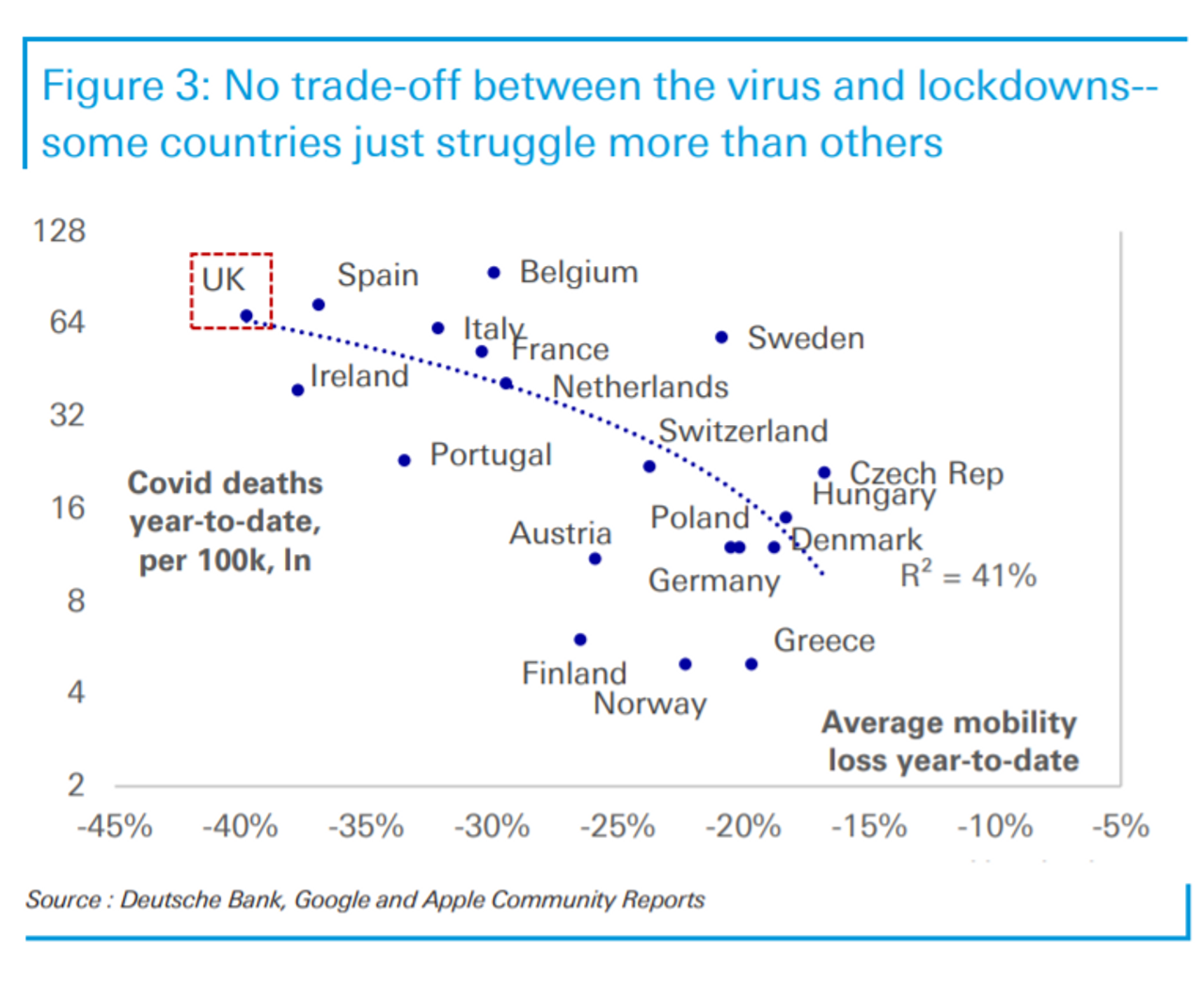 Deutsche Bank’s currency strategists say the idea that there is a policy maker trade-off between low unemployment or low transmission rates doesn’t really fit what has happened during Europe’s second COVID-19 wave. The countries that were hardest hit already were more closed. “It appears that some countries are simply struggling more than others to contain the virus for reasons that seem more structural than just the overall degree of openness. Much like [non-accelerating inflation rates of unemployment] structurally vary across economies, some countries seem in a structural position to sustain flatter curves with fewer economic restrictions than other countries,” they say. Intriguingly, eurozone mobility, while falling due to the second wave, has still been higher than in the U.S. through Sunday, they add.

Los Angeles Dodgers third baseman Justin Turner was removed from what turned out to be the final game of the World Series after the team found out he contracted COVID-19.

Fossils suggest a bird with a 21-foot wingspan could fly.