Time to move on? Here’s one investor’s advice on what to do after the election The counting is still continuing, but Wall Street is liking what it sees from the election.

Even with losses on Friday morning, the futures contract on the S&P 500 ES00 is up about 4% since polls closed on the west coast on Tuesday night, with even stronger gains for the tech-heavy Nasdaq 100 NQ00. Deutsche Bank’s Asia strategists said in a note to clients “it’s time to move on,” though they said the uncertainty from it could still last several days.

Jim Smigiel, chief investment officer of non-traditional strategies at SEI Investments, says the market is pricing in divided government. “What we’re seeing in the market is a recognition that with that divided government and with no massive mandate that would have come with a blue wave, I think the importance really switches back to the monetary side of things,” said Smiegiel, who leads SEI’s asset allocation program. The Federal Reserve on Thursday kept interest rates unchanged, and Chair Jerome Powell said the central bank was “not out of power” to do more.

“Monetary stimulus is going to do a decent job of keeping liquidity flowing in the market, and is going to benefit those kind of growth, high-flying stocks,” Smiegiel added. “And you should probably see the reflation themes struggling a little bit.”

The oil sector, he says, is getting to a point in the cycle where it could rebound given the supplies removed from the market. The oil market “may not be ready for an increase in demand if we see a return to something that resembles normalcy in 2021.” 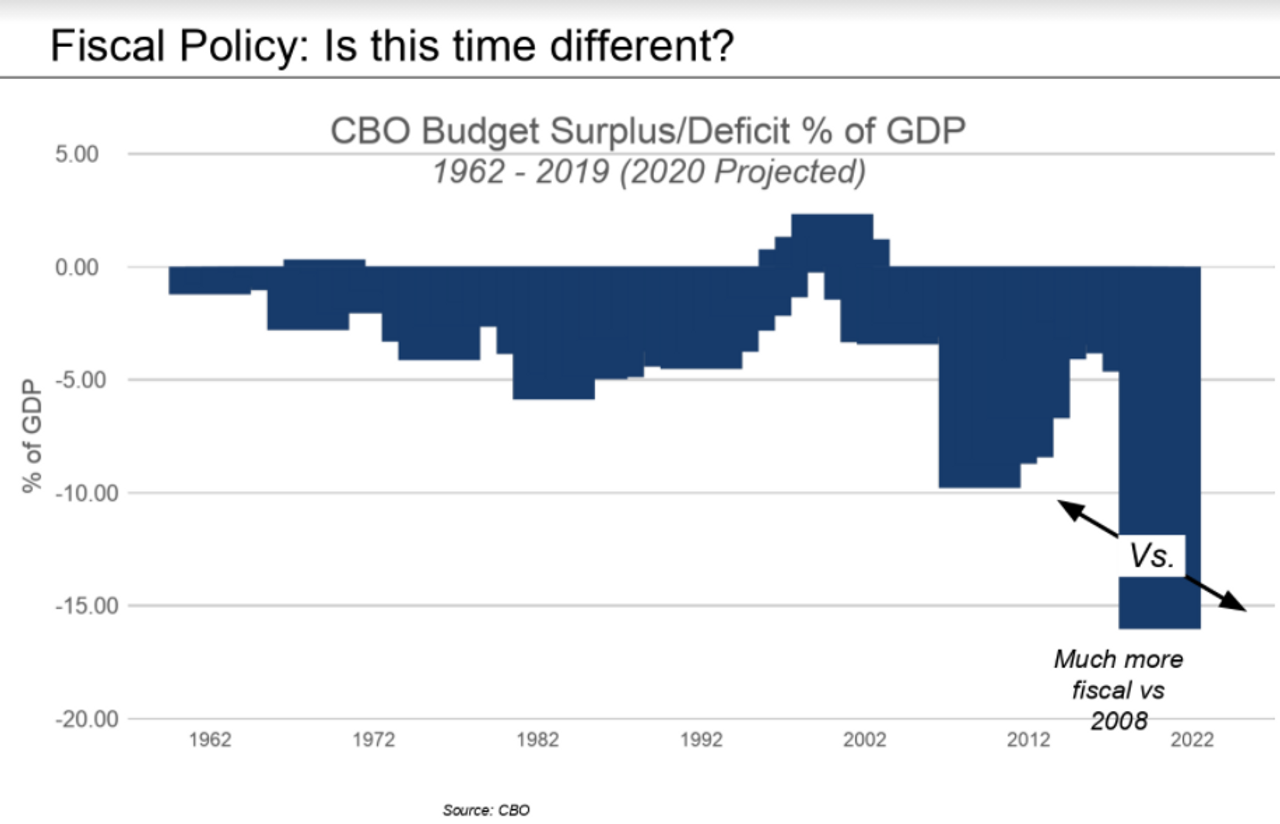 Smiegiel says SEI, which had $738 billion in assets under management at the end of September, is are a fan of gold GCZ20. “We still like gold here, even though it’s been rallying quite a bit,” he said. “Even with this situation, with divided government, which should keep somewhat of a rein on massive growth in government debt, we still see this trajectory as being only one way. So we see real yields extremely low, we see debt still increasing at a fairly rapid pace, and, net net, we still see that being a fairly decent environment for gold investors.”

At the moment, he says, the S&P 500 SPX is too concentrated. “You think you’re getting a diversified investment, and 25% of your investment is in just five names, and they’re all the big tech names,” he says, referring to Apple AAPL, Microsoft MSFT, Amazon AMZN, Facebook FB and Google owner Alphabet GOOG. Smiegiel said investors may want to switch to actively managed funds to get U.S. exposure in a more diversified way.

SEI is starting to get more interested in emerging markets as well, particularly in Asia. “We haven’t put anything on as of yet, but those are definitely areas of interest given both valuations and our outlook for recovery in those areas from an economic perspective in 2021.”

The election remains on a knife’s edge as the world awaits the results, with former Vice President Joe Biden maintaining a lead over President Donald Trump in electoral college tallies. But the result is still too close to call. Biden narrowly pulled ahead of Trump in the battleground state of Georgia. The president sent a number of tweets past 2 a.m. expressing his desire to challenge what he called “illegal” votes tabulated after election day. Two men found outside the Pennsylvania Convention Center, where votes are being counted, were being held after Philadelphia police were notified of a threat.

Nonfarm payrolls data is due at 8:30 a.m. Eastern. The economy created an estimated 530,000 jobs in October, according to economists polled by MarketWatch, which would mark the smallest gain of the recovery. The unemployment rate is seen easing to 7.6%.

Coronavirus cases continue to spike, with the U.S. seeing its second day of at least 100,000 new cases. While European cases are elevated they are below their peaks, according to data from the European Centre for Disease Prevention and Control.

Russian President Vladimir Putin is planning to quit early next year over health concerns, according to U.K. tabloid The Sun, which cited unnamed Moscow sources.

Some of the air is being let out Friday morning. Futures on the Dow industrials YM00 fell 146points.

Pit bulls are now legal in Denver, Colo., after 30 years.

Sign of the times — a vacuum to pick up wireless ear buds off train tracks.

Norton: 6 Black Friday Scams and How to Avoid Them This Holiday Season

Norton: 6 Black Friday Scams and How to Avoid Them This Holiday Season