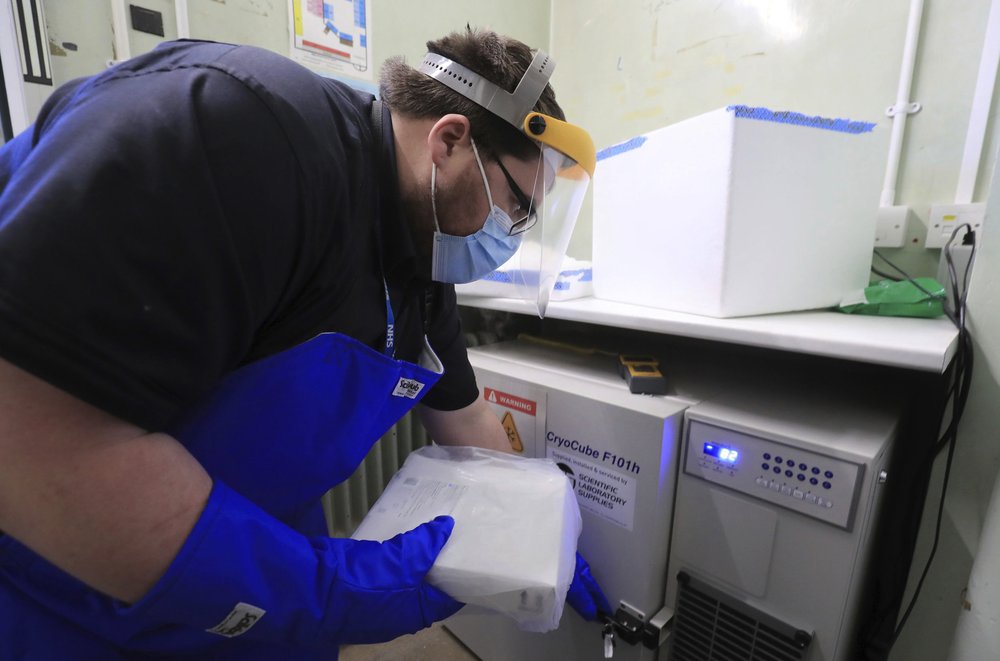 World's eyes on the UK: Huge vaccination plan to roll out this week

It's a critical moment of reckoning in the global battle against the coronavirus pandemic.

Governments and health agencies around the world will be anxiously monitoring the British virus vaccination program, which kicks off Tuesday, to note its successes and failures and adjust their own plans accordingly.

Shipments of the vaccine developed by American drugmaker Pfizer and Germany’s BioNTech have been delivered to hospitals across the U.K. in super-cold containers ahead of the nation's biggest-ever immunization program.

Around 800,000 doses of the vaccine are set to be administered. The British Health Secretary has reportedly dubbed Tuesday “V-Day,” in an attempt to reference the country's finest hours in World War II.

Last week the U.K. became the first country to authorize the Pfizer-BioNTech vaccine for emergency use. In trials, the vaccine was shown it has 95% efficacy. Pan Pylas reports from London.

Europe's Nursing Homes: Virus cases among the elderly are on the rise again across the continent, causing havoc and spiraling death tolls in nursing homes despite the lessons of a tragic spring. Authorities are in a race to save lives as they wait for crucial announcements on mass vaccinations. Most countries are ramping up screening of workers and residents, trying to prevent asymptomatic virus carriers from infecting others.

Portugal has deployed military units to train nursing home staff in disinfection. In France, Germany and Italy, visits by relatives are being restricted or banned. In Spain, facilities have been designed for recovering virus patients who, while still contagious, have nowhere to isolate or keep active, Aritz Parra reports from Madrid.

South Korea Spike: The health minister says the Seoul metropolitan area is now a “COVID-19 war zone,” as the country reported another 615 new infections and the virus appears to be spreading faster. It has recorded more than 5,300 new infections in the past 10 days and today was the 30th day in a row of triple-digit daily jumps. Most of the new infections were detected in the Seoul area where health workers are struggling to stem clusters tied to restaurants, schools, hospitals and long-term care facilities. 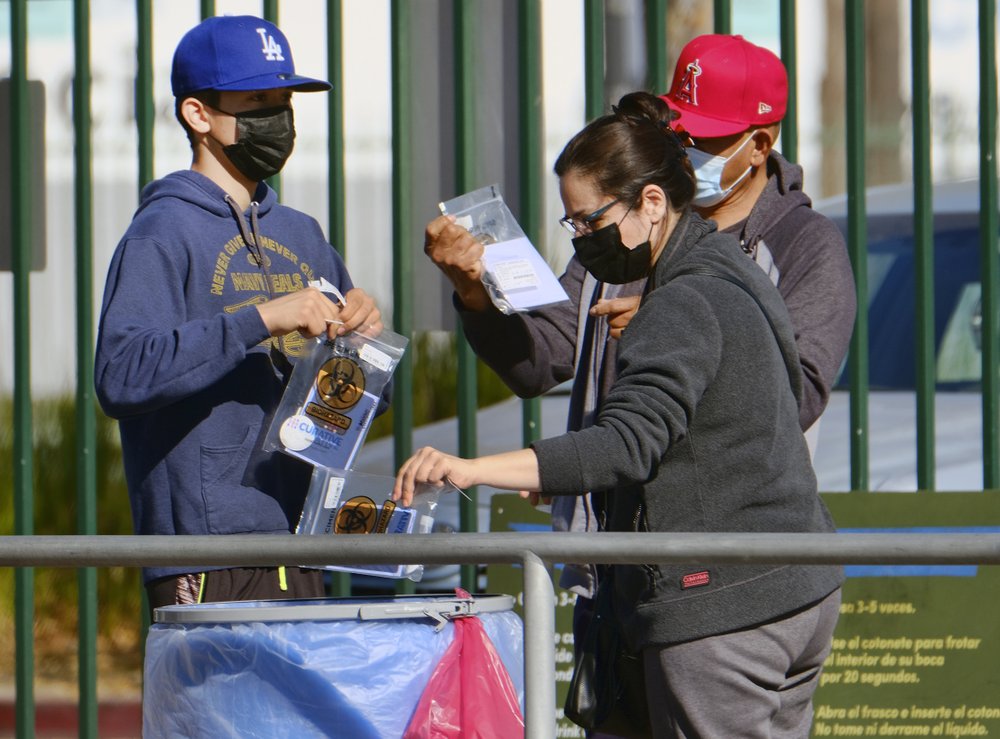 Health officials warn Americans not to let their guard down; Most of California locks down

With the U.S. facing what could be a catastrophic winter, top health officials are warning Americans not to let their guard down against the coronavirus just because a vaccine could be on its way shortly.

Most of California went back into lockdown last night.

The virus is blamed for over 282,000 deaths and more than 14.7 million confirmed infections in the U.S. New cases per day have rocketed to an all-time high of more than 190,000 on average.

In the meantime, health experts are hoping President-elect Joe Biden’s administration will put in place something Donald Trump’s has not — a comprehensive national testing strategy.

They say such a strategy could systematically check more people for infections and spot surges before they take off. Some experts say the lack of such a system is one reason for the national explosion in cases, hospitalizations and deaths, Mike Stobbe and Matthew Perrone report.

Rural California: Several counties in California that appeared to dodge the virus in the spring are now seeing some of the most alarming spikes in infections statewide. Each day brings dire new records in hospitalizations and deaths. But in rural areas outside the state's big cities, the backlash against tough new restrictions is growing, especially in conservative areas, Jocelyn Gecker and Rich Pedroncelli report.

Failing Grades: The first report cards of the new U.S. school year are arriving with a lot more Fs than usual, and it’s not just parents who are getting distressed. School districts from coast to coast say the number of students failing classes has risen by as much as two or three times — a sign of the struggles many students are having with distance learning, particularly non-native English language learners, those with disabilities and other disadvantaged students, Carolyn Thompson reports.

Veteran's Business: When the pandemic dried up 95% of the income coming into Nicole Walcott’s North Carolina business, the U.S. Army veteran dug in her heels and started applying for any grant she could find. Without the financial assistance she’s received from nonprofits like Operation Homefront, Walcott doesn’t believe her alternative wellness center in Fayetteville would be open today. Sarah Blake Morgan reports. 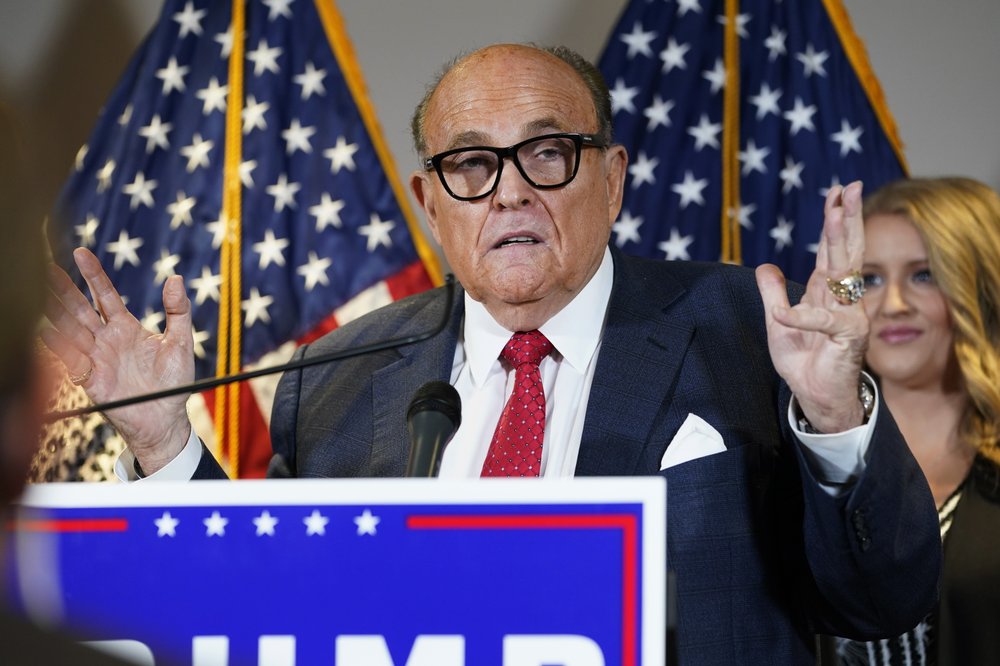 Another high-profile figure from Donald Trump's inner circle has been struck by COVID-19.

Trump says his personal attorney Rudy Giuliani has tested positive for the coronavirus.

Giuliani was exhibiting symptoms and was admitted to Georgetown University Medical Center in Washington. The 76-year-old former New York mayor has traveled extensively to battleground states in effort to help Trump subvert his election loss. On numerous occasions he has met with local officials for hours at a time without wearing a mask, Aamer Madhani and Jonathan Lemire report.

The diagnosis comes more than a month after Trump lost his reelection bid and more than two months after Trump was stricken with the virus in early October. Since then, a flurry of administration officials and others in Trump's orbit have also been sickened, including White House chief of staff Mark Meadows,  Ben Carson, the secretary of housing and urban development, and the president's wife and youngest son.

Biden Health Secretary: President-elect Joe Biden is putting a defender of the Affordable Care Act in a leading role to oversee his administration’s coronavirus response. He has picked California Attorney General Xavier Becerra to be his health secretary. If confirmed by the Senate, Becerra will be the first Latino to head the Department of Health and Human Services. It's a $1-trillion-plus agency with 80,000 employees and a portfolio that includes drugs and vaccines, leading-edge medical research and health insurance programs covering more than 130 million Americans.

Trump Tactics: Even after he exits the White House, Trump’s efforts to challenge the legitimacy of the election could have staying power. Trump’s tactics have been embraced by a wide array of Republicans, including congressional candidates, state lawmakers, party chairs and conservative legal groups. A former Democratic governor of Michigan says the president is "poisoning democracy” and setting a troubling precedent. The federal government’s own cybersecurity arm declared the presidential election the most secure in American history. Christina A. Cassidy reports.

Inauguration: Public health guidance to avoid big parties in the coronavirus era are about to collide with one of America’s biggest celebrations of all — the swearing-in of a new president. With lots of details still to be worked out, this year's event honoring Joe Biden is sure to be more subdued than prior inaugural days. A giant parade down Pennsylvania Avenue isn't likely. Fancy balls may morph into virtual events. As for the swearing-in itself, the inaugural platform on the Capitol’s West Front is going up like always, but it probably won’t be as crowded, Kevin Freking reports. 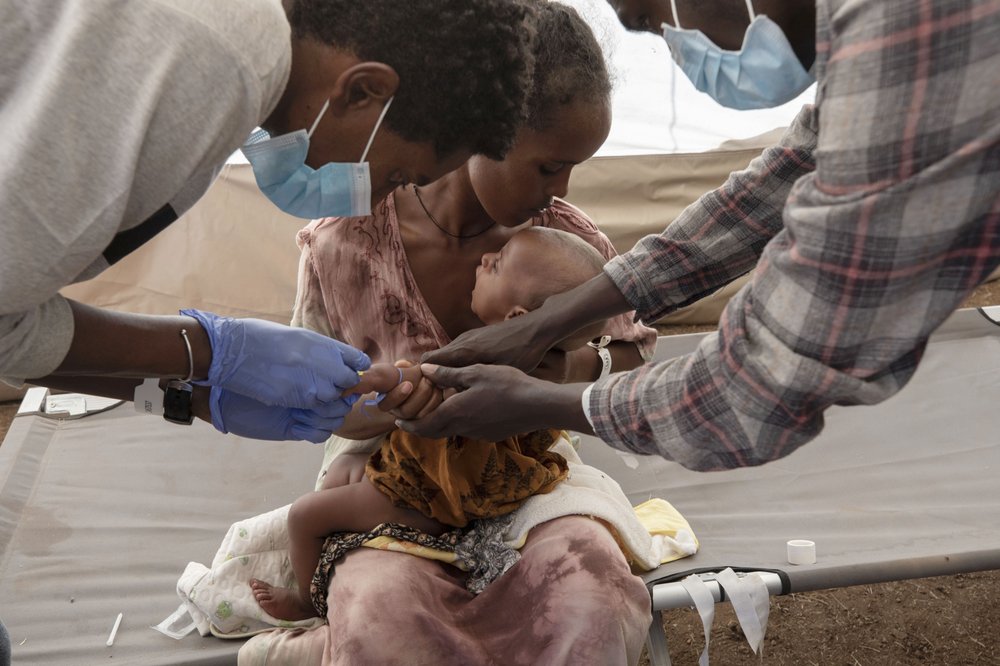 Ethiopia’s month-long war in its northern Tigray region is hampering efforts to fight one of Africa’s worst coronavirus outbreaks, as the fighting has displaced more than 1 million people and strained humanitarian services to the breaking point.

Many fleeing the conflict between Tigrayan and Ethiopian federal forces have fled to neighboring Sudan, where countrywide virus numbers are also rising rapidly, Fay Abuelgasim and Cara Anna report.

Some 45,000 refugees from the Tigray war are now living in remote parts of Sudan, where they have taken shelter in crowded camps that have no coronavirus testing or treatment capabilities. Humanitarian officials say the crisis in Tigray remains critical, with medical supplies to fight the virus running low.

Venezuelan President Nicolás Maduro’s political alliance has claimed a sweeping victory in congressional elections boycotted by his opponents as being fraudulent. The National Electoral Council announced that Maduro’s United Socialist Party of Venezuela and allied parties dominated the vote. The win gives Maduro sway over the last institution out of his grasp. U.S.-backed Juan Guaidó and the major opposition parties didn’t run in the election.  International organizations like the European Union refused to send observers, saying it lacked conditions for a fair election.

In the years to come, Israelis will be able to commute into Jerusalem and Tel Aviv from settlements deep inside the West Bank via highways, tunnels and overpasses that cut a wide berth around Palestinian towns. Rights groups say the new roads being built will set the stage for explosive settlement growth, even if President-elect Biden's administration convinces Israel to curb its housing construction. The costly infrastructure projects show that Israel intends to keep large swaths of the occupied territory in any peace deal, and would make it even harder to establish a viable Palestinian state.

No visible progress yet on key day for final Brexit deal

One of the most intense days in the long-running Brexit trade negotiations started off with little good news about any progress on the talks. The United Kingdom and the European Union seemed still stuck on the same issues that have dogged the standoff for months. The EU chief negotiator held a pre-dawn briefing with ambassadors of the 27 member states to see if a deal is still possible with London ahead of the Jan. 1 deadline, but had no news of a breakthrough.  This evening, British Prime Minister Boris Johnson will have a phone call with EU Commission chief Ursula von der Leyen to decide whether to pull the plug on an agreement that could cost hundreds of thousands of jobs on both sides.

A plea from Dr. Anthony Fauci for people to “wear a mask” to slow the spread of the coronavirus tops a Yale Law School librarian’s list of the most notable quotes of 2020. It is an annual update to “The Yale Book of Quotations,” which was first published in 2006. Also on the list is the cry of “I can’t breathe” uttered by George Floyd as he was killed under a police officer’s knee in Minneapolis and several quotes from the presidential campaign. One is Joe Biden telling a student, “You’re a lying dog-faced pony soldier.” 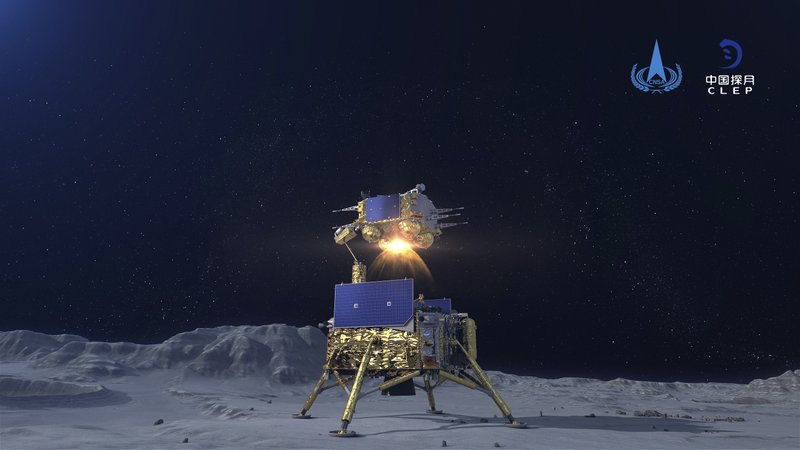