Last night on the globex open, the S&P futures traded at 1913.50 and traded up to 1920.50 into first hour of the Tokyo session before travelling lower into the Asian close making a low at the 1900.00 area before bouncing on the Euro open rallying nearly 40 handles into the cash open.

At the US regular trading hours open, the S&P opened at  1932.75 up 20 handles from the prior days close, traded 8 handles higher up to 2040.00 failed to hold that bid as sell programs took the equity index futures lower as crude was unable hold it’s highs and helped send the ESH down to 1905.75, 27 handles from the highs before finding a mid afternoon low there. Heading into the final hour the S&P began to rally as the futures rallied back above the day’s cash open on a MOC of $200 million to sell imbalance but failed at 2035.00 and settled at 1925.00 as reports were beginning to hit the wires concerning U.S. sailors being detained by Iran.

News was relatively quiet today as worldwide calendars were fairly light but heading into tomorrow will regain some interest as China is due out with economic reports tonight and tomorrow will be the U.S. crude oil inventory report. The correlation between the equity indexes and crude oil futures has been striking.

“Another unique part of the current Fed hiking cycle is that it has started at a time of disappointing US data releases. The last year has seen the longest run of uninterrupted negative US data surprises going all the way back to the early 2000s (chart 2). Similarly, the number of economists expecting 3%+ growth this year has dropped to a new post-crisis low according to the Philly Fed survey of professional forecasters. The odds are therefore skewed the other way. Even if it will only take two Fed hikes to make the dollar a high-yielder, there are upside risks to both growth expectations and the number of Fed hikes that are priced in,”

From PIMCO reported by MNI

The December jobs report raises the chance that the Federal Reserve will hike rates by at least three times, perhaps four, this year, “because the report increases the likelihood that U.S. economic growth will continue to run above the economy’s growth potential and absorb excess economic slack, increasing the Fed’s confidence that inflation will return to its 2% objective,” PIMCO Market Strategist and Portfolio Manager Tony Crescenzi told MNI.

He said the bar for a rate hike at the March 15-16 meeting was “already low” to start with, “as the Fed doesn’t want to be perceived as being in a one-and-done mode – therefore in and of themselves these data help leap over the March rate-hike hurdle.”

With the Fed staff expecting U.S. GDP to grow above its potential through 2018, “any data that reinforce confidence in the forecast make it more likely the Fed will validate its projection for between 3 and 4 rate hikes this year,” Crescenzi said.

As reported by our friends at ForexLive:

US Fed vice-chairman speaking at the BOF event in Paris 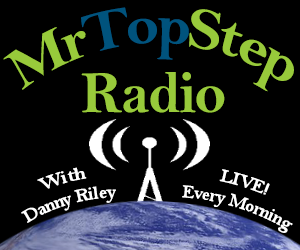