Need to Know: A bear market awaits tech stocks, with Tesla at the center, if this selloff continues, strategist warns

16
SHARES
112
VIEWS
Share on FacebookShare on Twitter
Need to Know: A bear market awaits tech stocks, with Tesla at the center, if this selloff continues, strategist warns

A bear market awaits tech stocks, with Tesla at the center, if this selloff continues, strategist warns 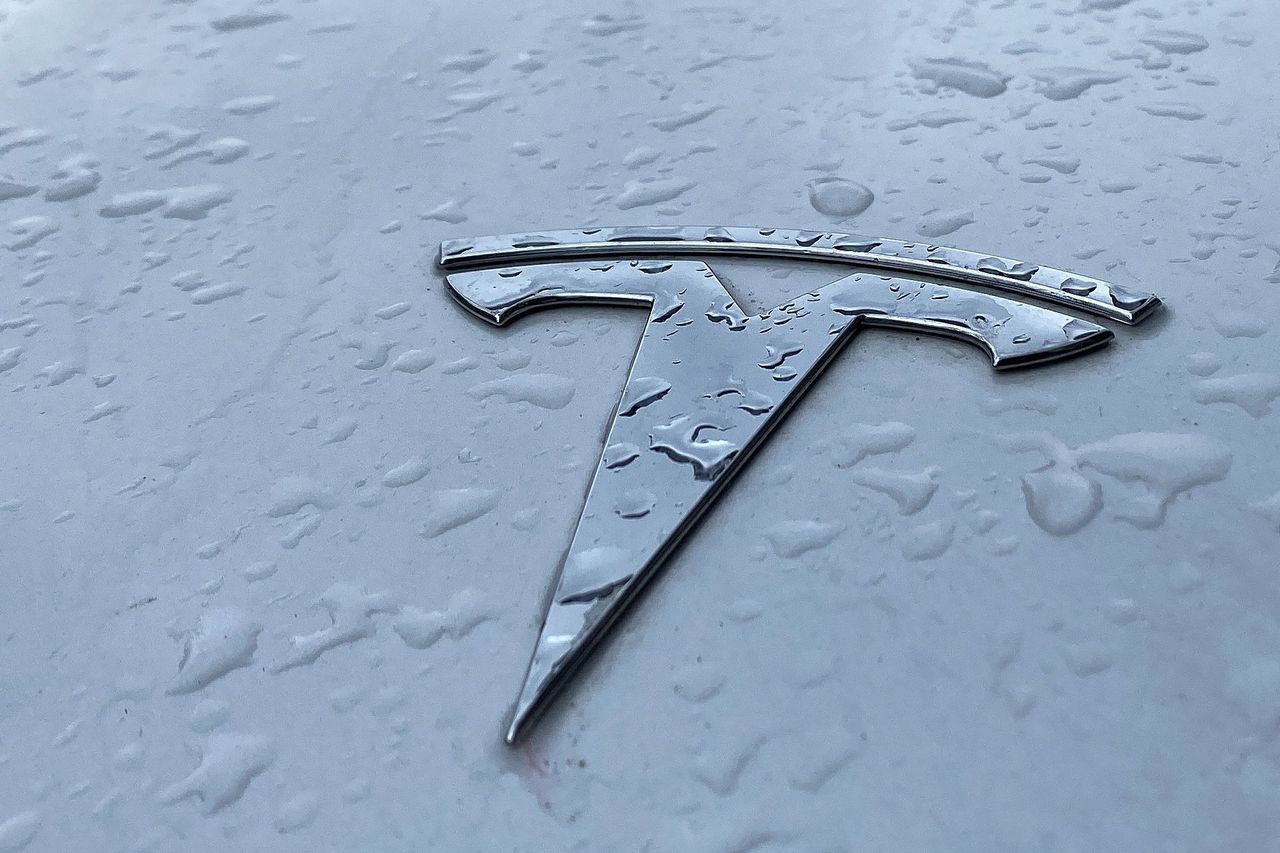 Stock futures are pointing to some losses on the last full trading day — albeit likely a thin one — before the Thanksgiving feasting begins. Investors will also wade through a mountain of data on Wednesday.

Recent stock losses have raised more doubts about a Santa rally, for some. Keep an eye on the 30-year Treasury yield (BX:TMUBMUSD30Y), advises Jeffrey Halley, senior market analyst at Oanda.

“Until long-dated U.S. yields start reversing their recent gains, and the author has long believed that is not a given, we shouldn’t expect an end to U.S. Dollar strength, nor should we be getting excited about equity markets for the rest of this month and possibly into Christmas,” he told clients in a note.

Rising yields as investors know, are painful for tech stocks. “If interest rates rise faster than future growth expectations, then the net effect is negative on the present value and more so for growth stocks as they have a higher duration,” Saxo Bank’s head of equity, Peter Garnry, explained to clients in a note to clients on Tuesday.

Garnry provides our call of the day as he uses a bit of recent history to make a grim forecast about what a renewed rise in yields could do to tech stocks.

“We saw downside beta (higher sensitivity) in all of our growth equity baskets [on Monday] with the gaming basket down 2.3% and the worst performers being the E-commerce and Crypto & Blockchain baskets, down 4.2% and 5.1% respectively. This tells you a lot about the sensitivity and given the drawdown in technology stocks back in March, we could easily experience a 15% to 20% drawdown in technology stocks,” he said. An asset is commonly defined as entering a bear market when it declines by at least 20% from its peak. 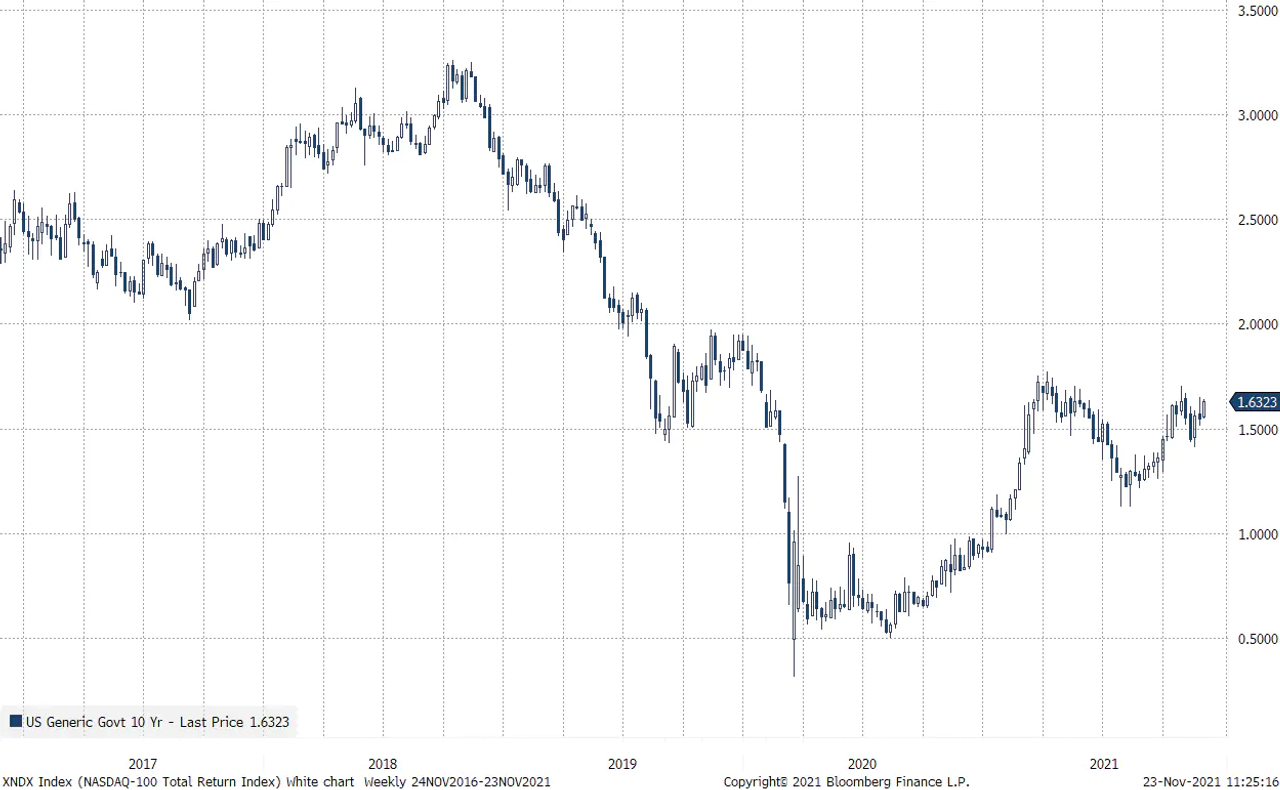 Tesla shares up 57% year-to-date, even as CEO Elon Musk keeps selling. He recently dumped another 934,000 shares for roughly $1.05 billion, bringing his total up to $9.85 billion since early November.

Garnry is advising investors “improve the balance between growth and value stocks,” to offset any potential tech losses.

Have a safe and happy Thanksgiving, and this column will be back Friday.

Also, the minutes from the latest Federal Reserve meeting are coming later. Overnight, the Reserve Bank of New Zealand raised its cash rate.

Deere shares (DE) are rising after the construction equipment company reported profit and sales above expectations.

The personal-computer boom is apparently still going strong, with HP(HPQ) and Dell(DELL) shares climbing after each reported strong sales.

On the retail front, retailer Gap (GPS)missed guidance due to “significant” supply-chain issues, while Nordstrom (JWN) reported mixed results. Shares of both are tumbling.

Longeveron (LGVN), a little-known biopharma, is garnering attention from the short-squeeze crowd, but they’ve seen this rodeo before and are wary.

France’s fifth COVID-19 wave is spreading “lightning fast,” warn officials from one country of many in Europe that is struggling to get outbreaks under control. In the second Thanksgiving since the pandemic began, disease experts are closely watching hot spots in the chilly Upper Midwest. And the U.S. will soon require all border crossers to be vaccinated.

Deutsche Bank, Haver Analytics, Johns Hopkins University. Note: Reflects confirmed cases, which can be affected by varying levels of testing in each country. 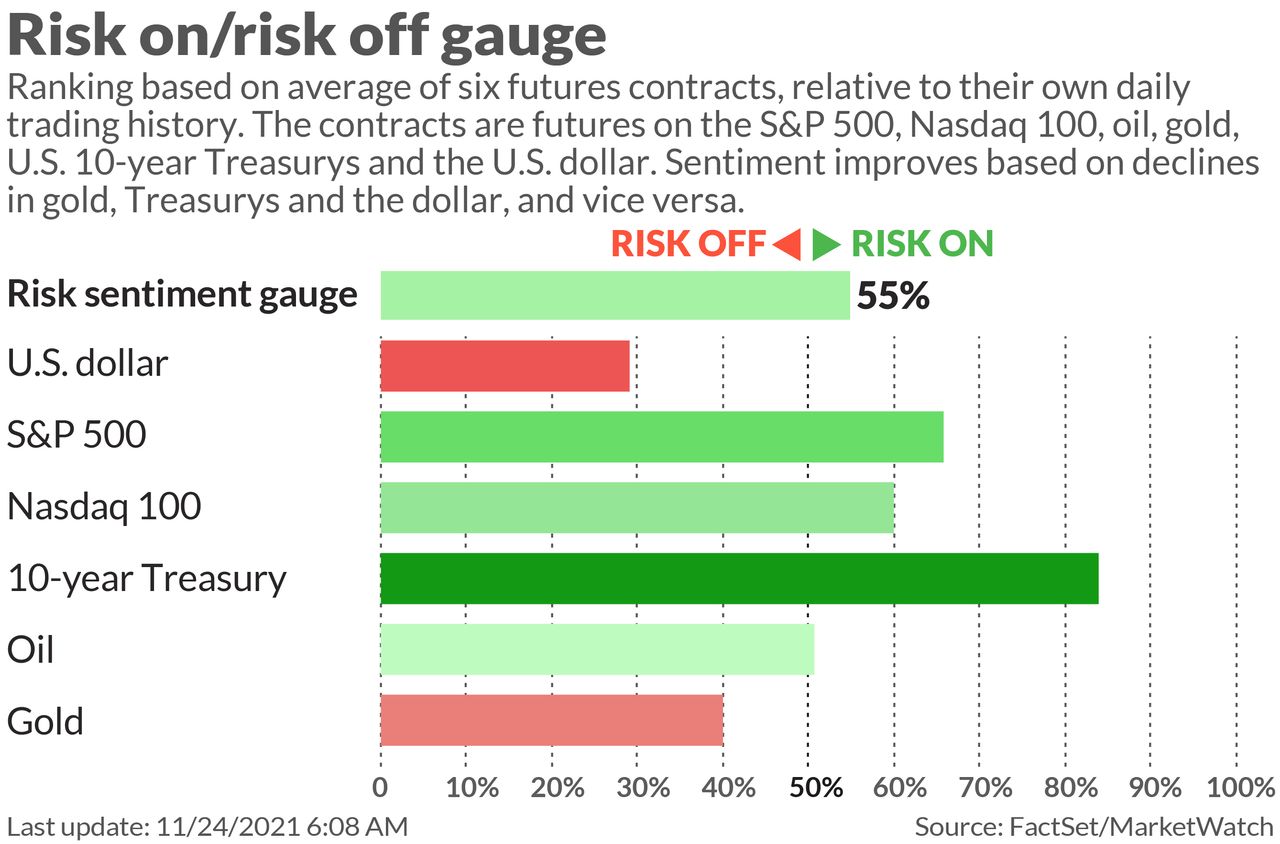 Stock futures (ES00)(YM00)(NQ00) are softer, with bond yields (BX:TMUBMUSD10Y) hovering at elevated levels and the dollar (DXY) rising. Oil prices (CL00)(NQ00) continue to rise after Tuesday’s well-telegraphed U.S. tapping of strategic crude reserves, as analysts see demand in the driver’s seat. Gold (GC00) is also higher. And the Turkish lira (USDTRY) is clawing back some ground after a brutal 10% tumble this week against the dollar.

NASA sends spacecraft into orbit to smash into an asteroid, “Armageddon” style.

An Albert Einstein manuscript, detailing the great mind at work, sold for $11 million at auction.

Apart from the inflation buzzkill, there just isn’t enough booze for Thanksgiving this year.