13
SHARES
95
VIEWS
Share on FacebookShare on Twitter
Need to Know: Crypto has had a rough few days. The biggest test is still to come, Morgan Stanley strategists say.

Crypto has had a rough few days. The biggest test is still to come, Morgan Stanley strategists say. 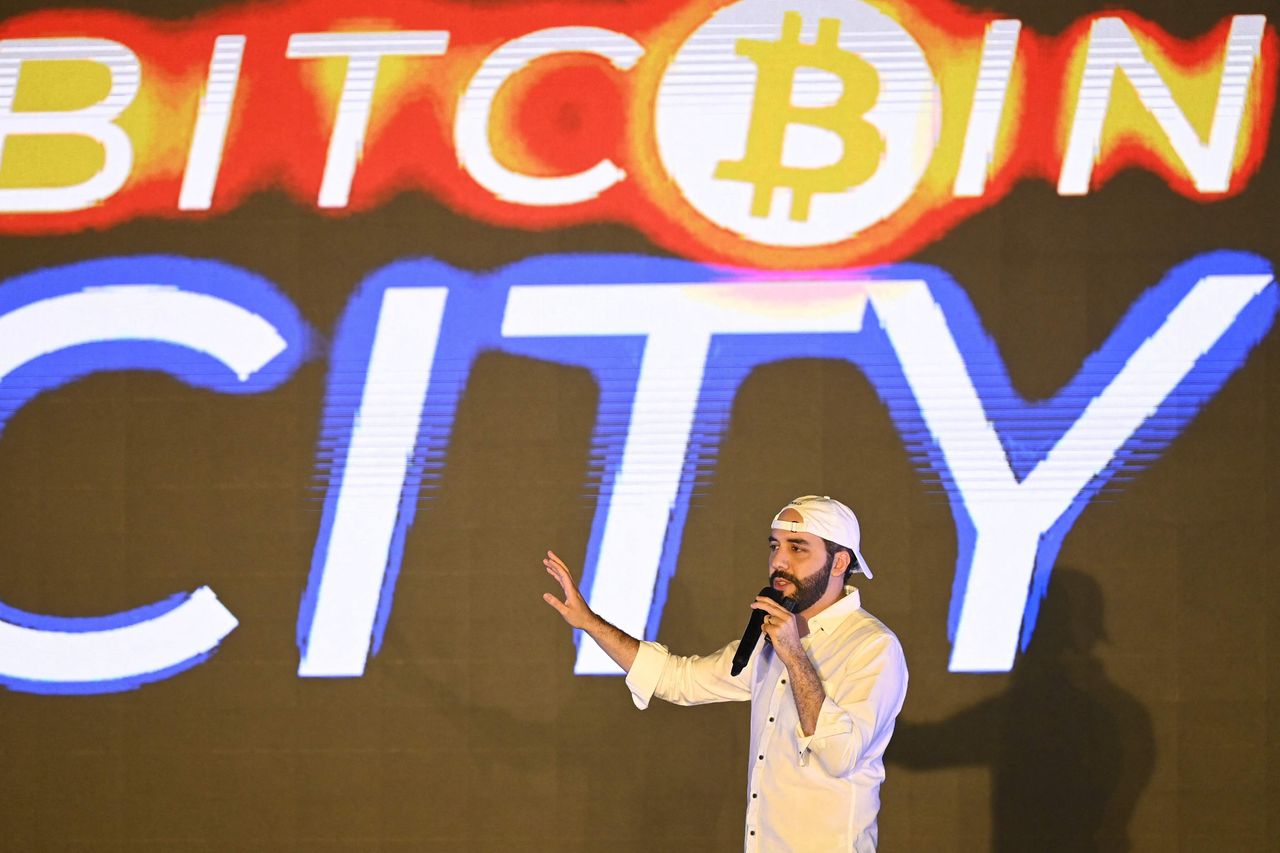 It wasn’t a great weekend in the cryptospace.

Bitcoin (BTCUSD) fell into the low $42,000 level over the weekend — a nearly 30% drop — and its recovery to the $48,000 level was still a roughly 8% drop from Friday. Anyway, $42,000 is a lot better than zero, which is what some holders of various cryptos were looking at after hackers stole $150 million from BitMart. And last week, someone stole tokens worth $120 million from the decentralized finance platform BadgerDAO.

Still, the adage is to buy when there’s blood in the streets, and El Salvador President Nayib Bukele said he got on the phone (yes, the phone) to buy 150 bitcoin for his country, at an average price of $48,670.

Nicholas Colas, co-founder of DataTrek Research, said it’s no accident the big decline came during the weekend, which he said was likely the result of forced selling. “Worth noting: there is no common global regulatory framework for financial leverage associated with virtual currency trading. We’ve heard of 50:1 and even 100:1 leverage for those day trading these assets. No wonder you can get a random sale at inopportune times when prices start to move around unexpectedly,” he said.

Putting the last week’s events to the side, crypto is heading to a challenging time — a Federal Reserve rate-hike cycle. Morgan Stanley strategist Michelle Weaver said it’s one of the four major investment debates the broker’s analysts identified for the next year.

“Bitcoin came from the aftermath of the global financial crisis and was a response to the Fed’s quantitative easing policies and poor sentiment around traditional banking. Some retail customers are choosing cryptocurrency as they want to transact in a decentralized system without banks. However, if capital no longer remains cheap, can preferences for cryptocurrency-based transactions persist if they remain higher cost, higher risk, and less convenient than existing payment systems,” she asked.

The early reports from South Africa, which first reported the existence of the omicron variant of coronavirus, are encouraging, with relatively low levels of high-level care needed for those who were infected, according to the South Africa Medical Research Council. Strategists at Goldman Sachs say the medical evidence so far is consistent with a scenario where the virus spreads quickly but immunity against hospitalizations declines only slightly, in which case they see a 2.5 point annualized decline in global growth for the first quarter.

The People’s Bank of China said it would cut reserve requirements by a half-point. Chinese property developer Evergrande (HK:3333) earlier warned it might run out of money as it tries to service $310 billion in debt. “This is anything but routine, except in the sense that this [is] how central banks must react to a sudden surge in financial risks,” said Craig Botham, chief China+ economist at Pantheon Macroeconomics, of the PBOC move.

Hedge fund Engine Capital is pushing Kohl’s (KSS) to either sell the company or spin off its e-commerce business, The Wall Street Journal reported.

Electric-vehicle maker Lucid (LCID) dropped sharply in premarket trade, after disclosing the Securities and Exchange Commission has requested documents related to its merger with a SPAC. Also in the EV space, analysts started coverage on Rivian Automotive (RIVN), with Wedbush rating the truck maker an outperform while JPMorgan rated it a neutral. 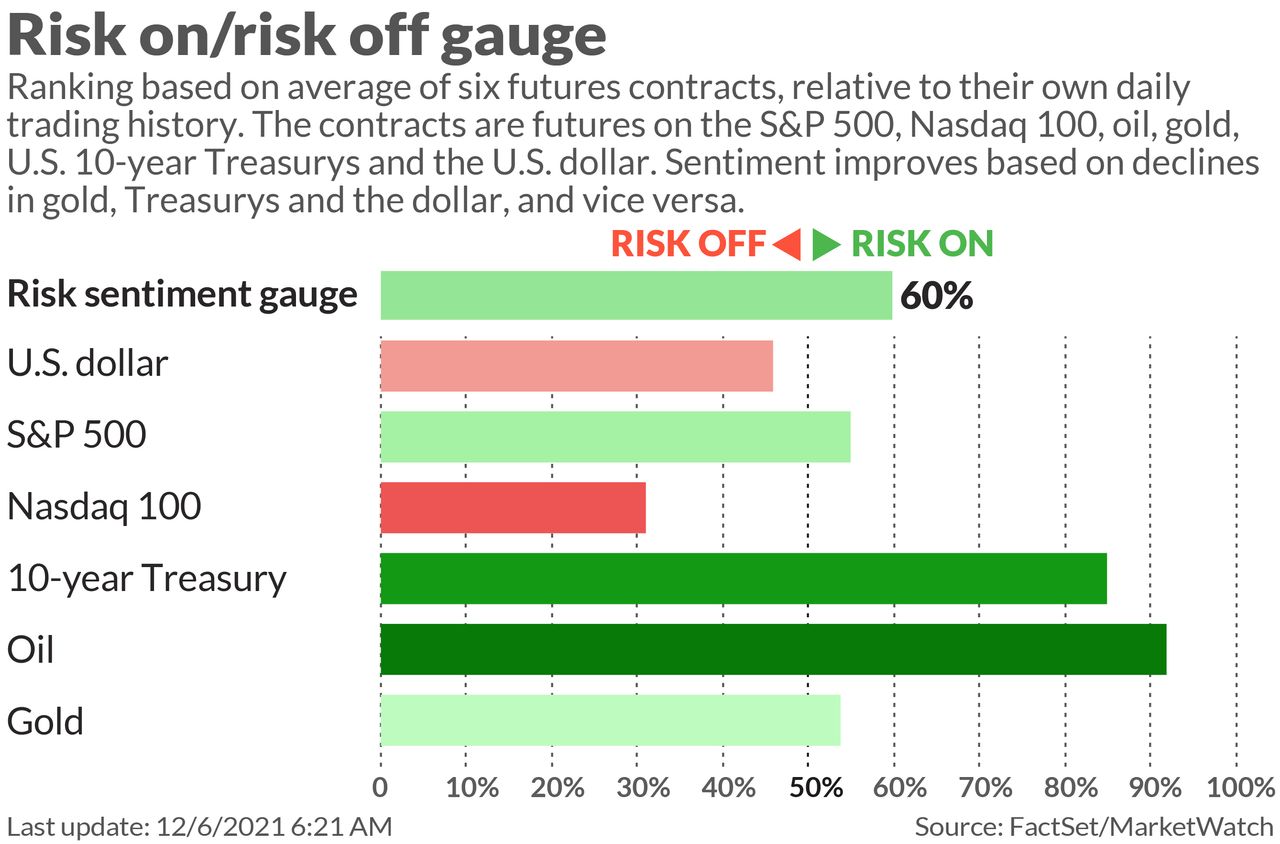 U.S. stock futures were mixed on Monday, with the S&P 500 (ES00) contract higher as Nasdaq-100 (NQ00) futures fell, as investors digested the latest news on the spread of coronavirus and prepared for new inflation data later in the week.

Here are the most active tickers on MarketWatch, as of 6 a.m. Eastern.

This index you’ve never heard of tracks $1.3 trillion in funds.

An African-American couple improved their home-price appraisal by $500,000 — by having a white friend pretend to be the home’s owner, and hiding their photos.

A study finds China modified the weather ahead of a political celebration.