Need to Know: ‘Drive down the middle of the road.’ How this fund manager advises investors navigate a tough investing climate right now.

14
SHARES
101
VIEWS
Share on FacebookShare on Twitter
Need to Know: ‘Drive down the middle of the road.’ How this fund manager advises investors navigate a tough investing climate right now.

‘Drive down the middle of the road.’ How this fund manager advises investors navigate a tough investing climate right now. 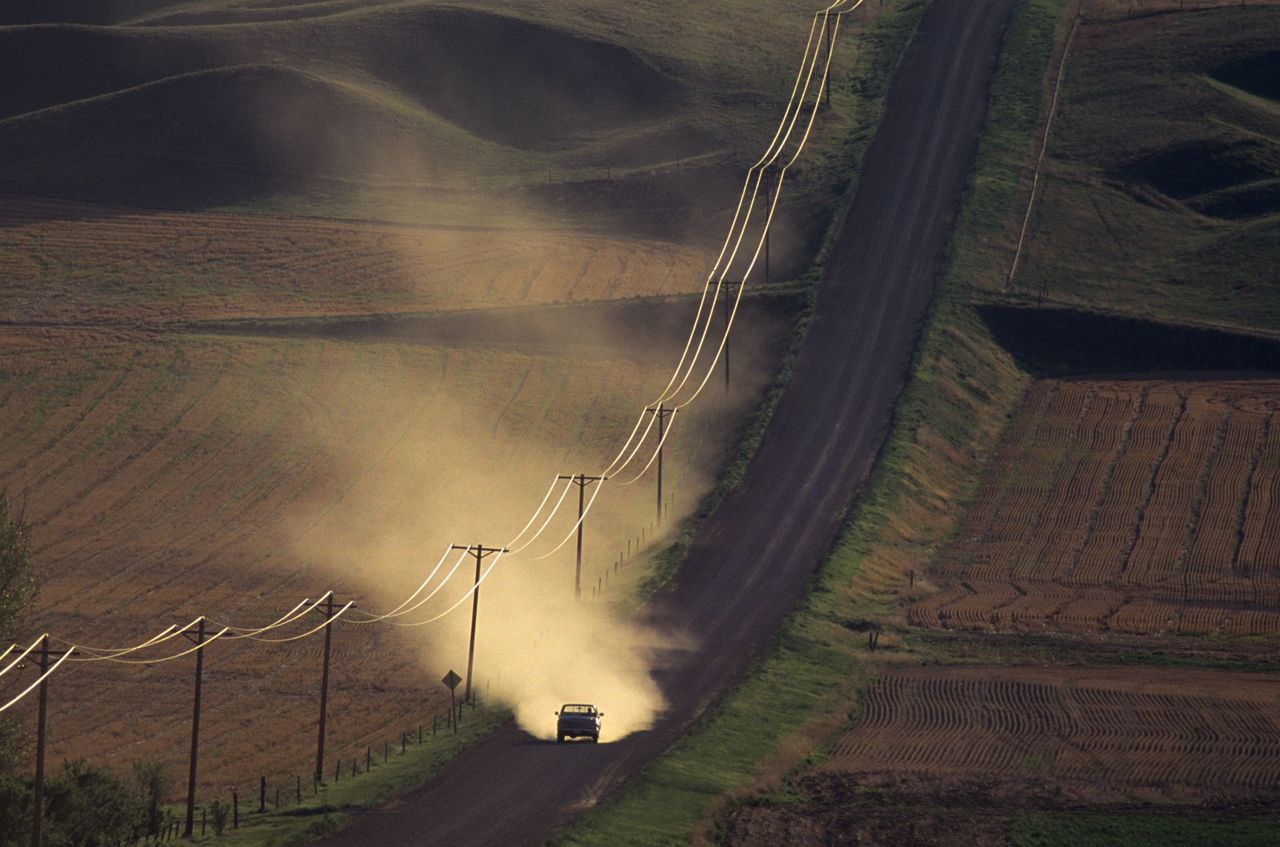 More worries about China’s growth, along with jitters around President Vladimir Putin’s next move in Ukraine, are poised to take a bite out of Wall Street at the start of the week. That’s in addition to other worries.

“The global investment community is slowly waking up to the idea we have touted for a long time: That there is a post-COVID-recovery-euphoria ‘hangover,’ coupled with associated inflation and now a European war and fresh inflation impetus as well as the world’s biggest port being closed,” said Clifford Bennett, chief economist at ACY Securities.

It’s worth listening these days to seasoned money managers who have been through economic downturns involving scorching inflation, as well as geopolitical tensions.

Michael Cuggino, president and portfolio manager of the nearly 40-year old multiasset Permanent Portfolio Family of Funds (PRPFX), is back with some fresh advice and our call of the day.

Cuggino spoke to MarketWatch late last year, where he warned that a new generation of investors was facing uncharted waters involving high inflation and rising interest rates, both of which have been unfolding further in recent months.

In a recent interview, he explained that they are managing all the fresh uncertainty by doing what they always do — “driving down the middle of the road.” That’s particularly important now because so many questions remain unanswered with regard to growth, inflation and geopolitics, he said.

Cuggino said lower-volatility equities, exposure to raw materials and high-quality bonds have given his fund some cushion over these bumpy few months. “We recommend staying very diversfied…but even with diversification, if the whole world is volatile, you’re going to be impacted by that at some level,” he said.

Cuggino worries about where inflation will end up and how long it will stick around, and really at what point consumers just start cutting way back. Should inflation prove extremely stubborn, investors will want to stick to industries that can control cost structure and pricing power, he said, adding that “that theme runs through our equities, regardless of the industry.”

How far the Fed will raise interest rates, the midterm elections, and concerns over the Chinese economy are also simmering topics. Some investors argue the coming Chinese slowdown means the commodity rally has gone too far, while others say it just means stimulus is ahead when COVID-19 shutdowns end, Cuggino noted, adding: “I think both are plausible, so broadly speaking, we have exposure in both those areas.”

As for the range of stocks the fund is invested in, U.S. miner Freeport-McMoRan (FCX) is his top holding, while the fund has a toe in tech with Nvidia (NVDA) and Meta Platforms (FB), with Lockheed Martin (LMT) and Costco (COST) among other big holdings.

Read:
Dan Loeb says he’s boosting oil and gas positions and warns the bottom might not be in for tech stocks

As Russia’s Victory Day parade gets under way, Putin said the West forced his country into the monthslong and bloody invasion. The holiday marks Russia’s defeat of Nazi Germany in 1945.

Ukraine, meanwhile, has ordered nationwide curfews due to fears Russia will step up attacks during the holiday, after a deadly weekend. Japan will join a G-7 effort to ban Russian oil, while the European Union’s planned embargo is running into snags via objections from Hungary.

Uber (UBER) CEO Dara Khosrowshahi reportedly told staff in an email that the ride-share company plans to cut costs and treat hiring as a “privilege.”

Tyson Food (TSN) will report results ahead of the open, with results from movie-theater chain and meme favorite AMC Entertainment (AMC) and online videogame group Zynga (ZNGA) due after the close.

Wholesale inventories are ahead, in a week that will shine a spotlight on inflation, with consumer prices due Wednesday. China, meanwhile, saw grim data with exports rising an annual 3.9% in April, the lowest in two years and down from a 14.7% pace in March. Shanghai also tightened up its lockdowns as COVID-19 spreads.

Stock futures (ES00)(YM00)(NQ00) are sinking, as Treasury yields (BX:TMUBMUSD10Y)(BX:TMUBMUSD02Y) climb, along with another surge for the dollar (DXY) across the board. Oil (CL00) is tumbling as Saudi Arabia cut prices for Asia and Europe. Bitcoin (BTCUSD) is hovering around $33,000 after a weekend of selling. Asian equities mostly sold off, while European equities (XX:SXXP) are also under pressure.

Bank of America strategists Howard Du and Vadim Iaralov say end-week is looking like an increasingly fraught time for investors.

“Day-of the-week seasonality in 2022 shows the USD tends to advance and U.S. equities tend to selloff on Thursdays and Fridays. Retracements have occurred more on Wednesday for the USD and Monday afternoon for U.S. equities,” they say. 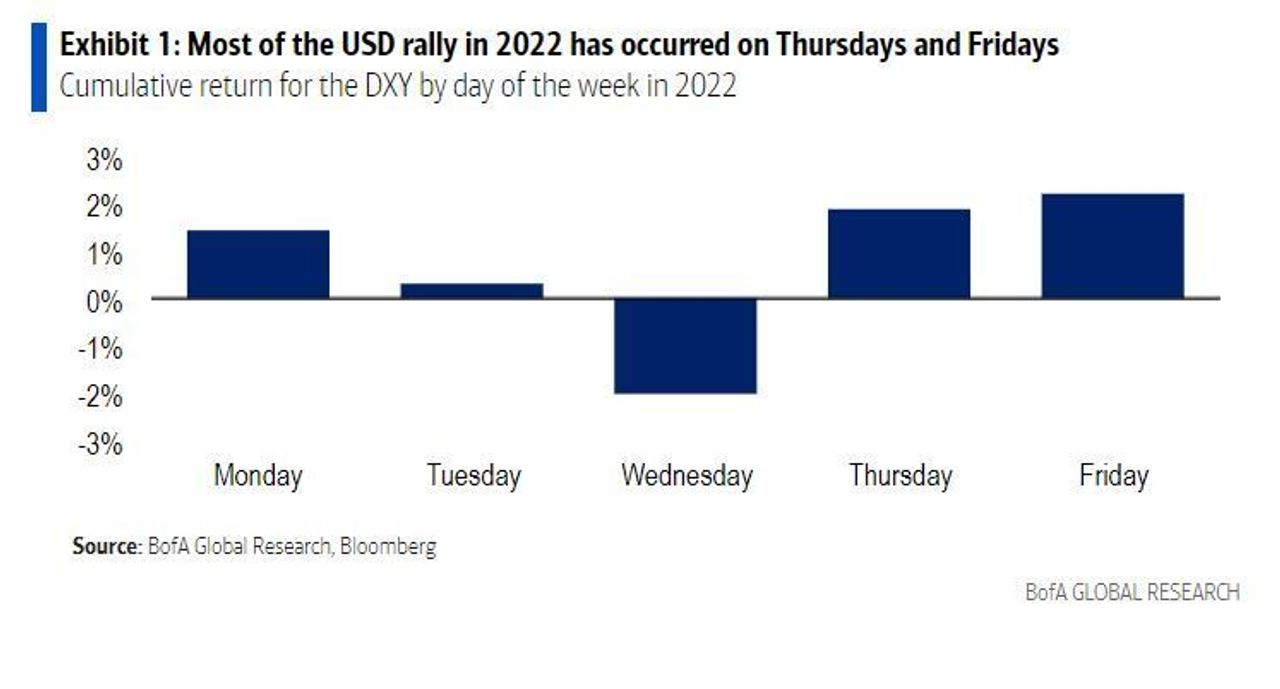 In case you missed it, here’s U2’s Bono and The Edge, performing with Popular Ukrainian band Antytila in a Kyiv subway station/bomb shelter over the weekend.

A couple stands to net thousands of dollars for a painting exchanged for a few cheese sandwiches.