Need to Know: Here are dozens of ‘cheap’ stocks that could be poised to outperform as U.S. rates start to rise

15
SHARES
106
VIEWS
Share on FacebookShare on Twitter
Need to Know: Here are dozens of ‘cheap’ stocks that could be poised to outperform as U.S. rates start to rise

Here are dozens of ‘cheap’ stocks that could be poised to outperform as U.S. rates start to rise 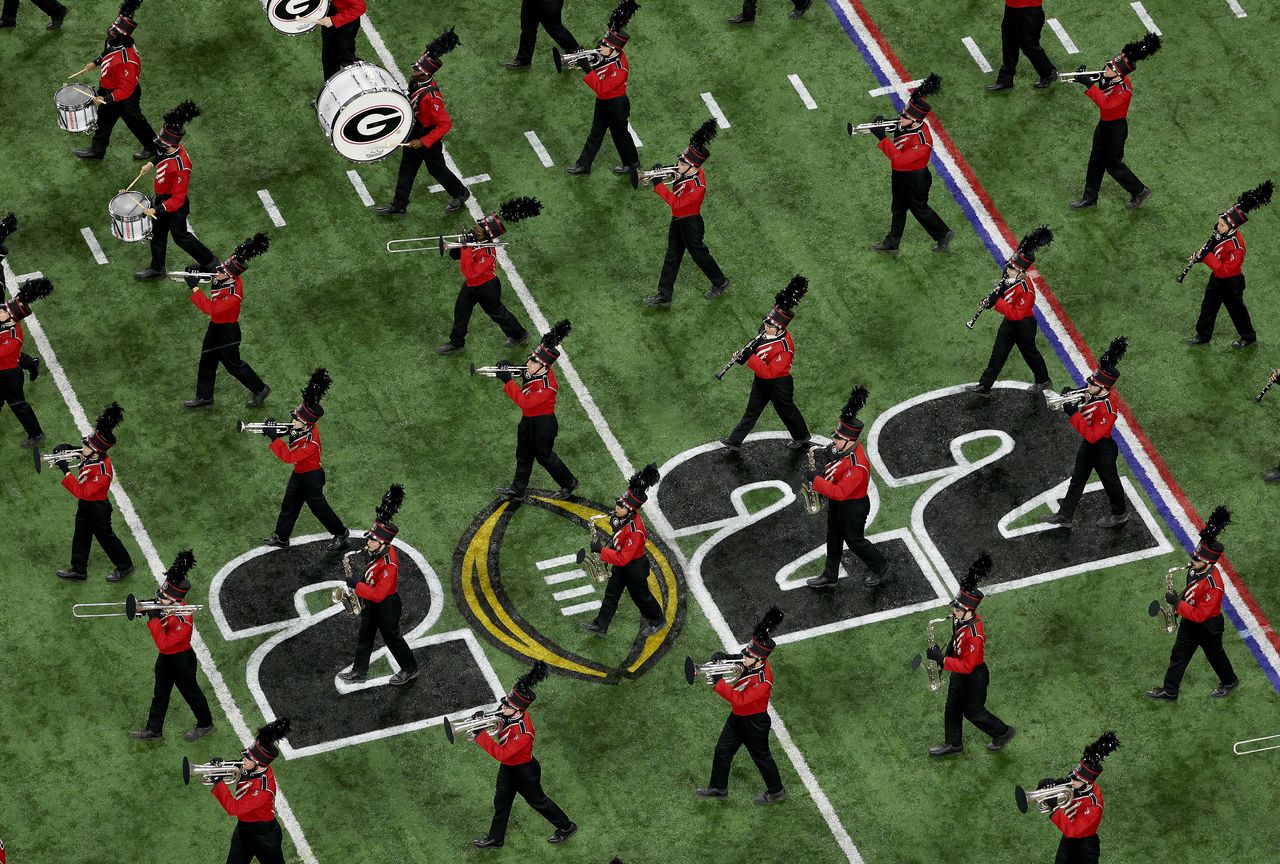 A stock bounce looks to be on the cards following Monday’s shaky start amid a fresh push to 52-week highs for bond yields and plenty of worries about inflation and higher rates.

All eyes will be on Tuesday’s confirmation hearing for Federal Reserve Chair Jerome Powell, who is expected to say the central bank will take steps to keep rising prices from becoming “entrenched.” Markets will be on the lookout for further inflation comments from him a day ahead of all-important December retail prices.

As the market continues to ponder the scope of rate increases in 2022, our call of the day offers ideas on which stocks perform best when rates are rising.

Lori Calvasina, RBC’s head of U.S. equity strategy, has been referring clients to this chart that shows which sectors have seen close correlation with moves in 10-year yields in the post-Financial Crisis era. 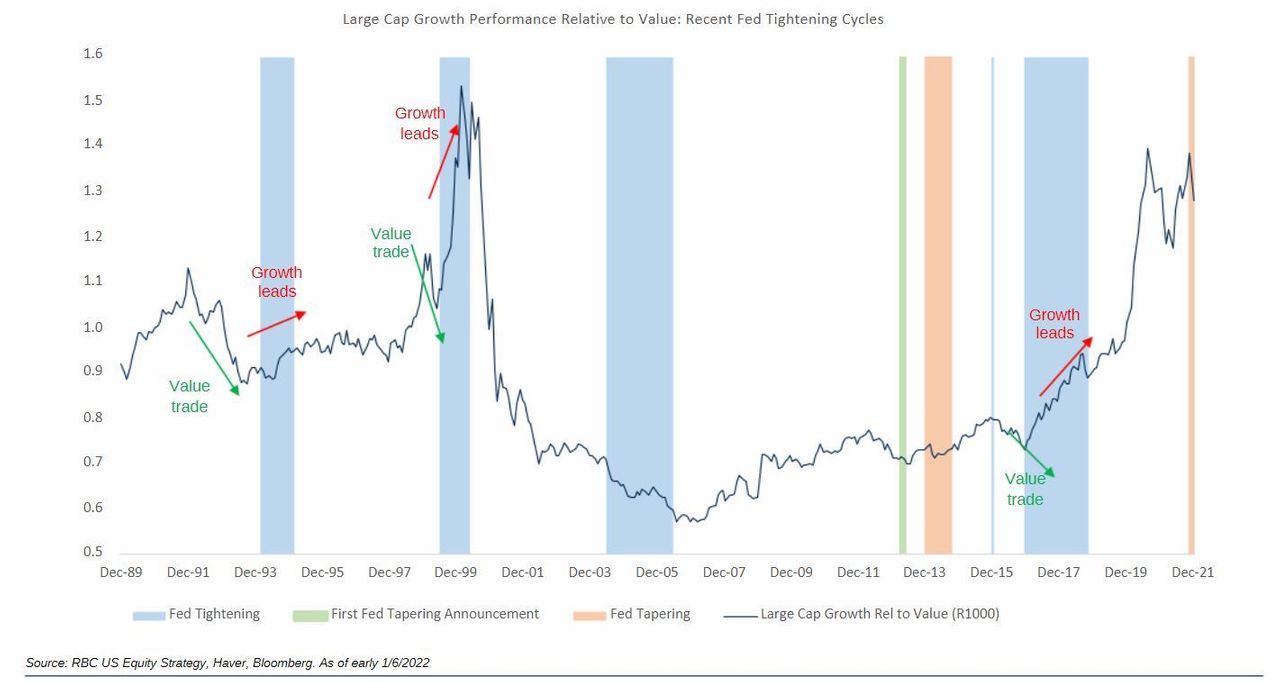 As the above chart shows, during rate increases in the early and late 1990s and 2018, growth outperformed value, while the latter led during pre-Financial Crisis tightening. Tapering in 2014 saw choppy trade.

The outperforming value stocks were largely financial, energy, materials and industrials, but Calvasina said investors should just look at sectors. She pointed to the below chart first published in December, which shows how the cheapest stocks in the Russell 1000 tend to outperform the most expensive stocks when 10-year Treasury yields are rising. 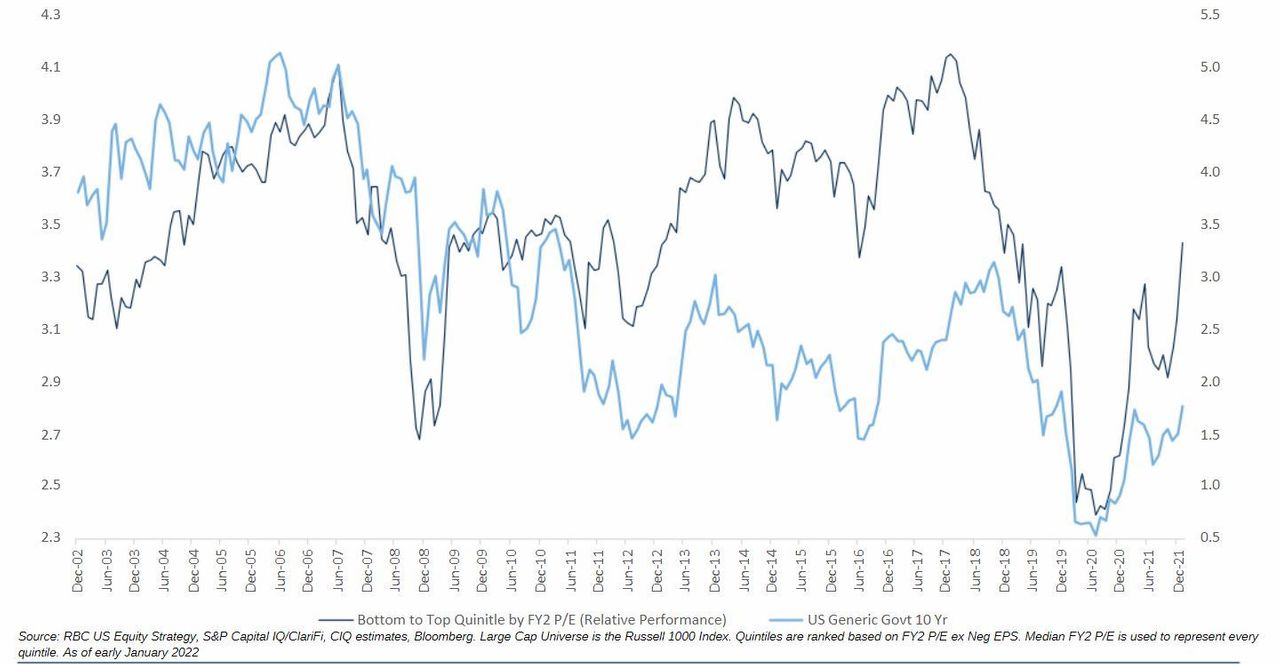 As of Jan. 6, that list of most expensive stocks continues to be dominated by secular growth and tech, while financials and energy are dominating the cheapest stocks.Here’s more than a dozen cheap Russell 1000 stocks based on forward price/earnings, also rated outperform by RBC: 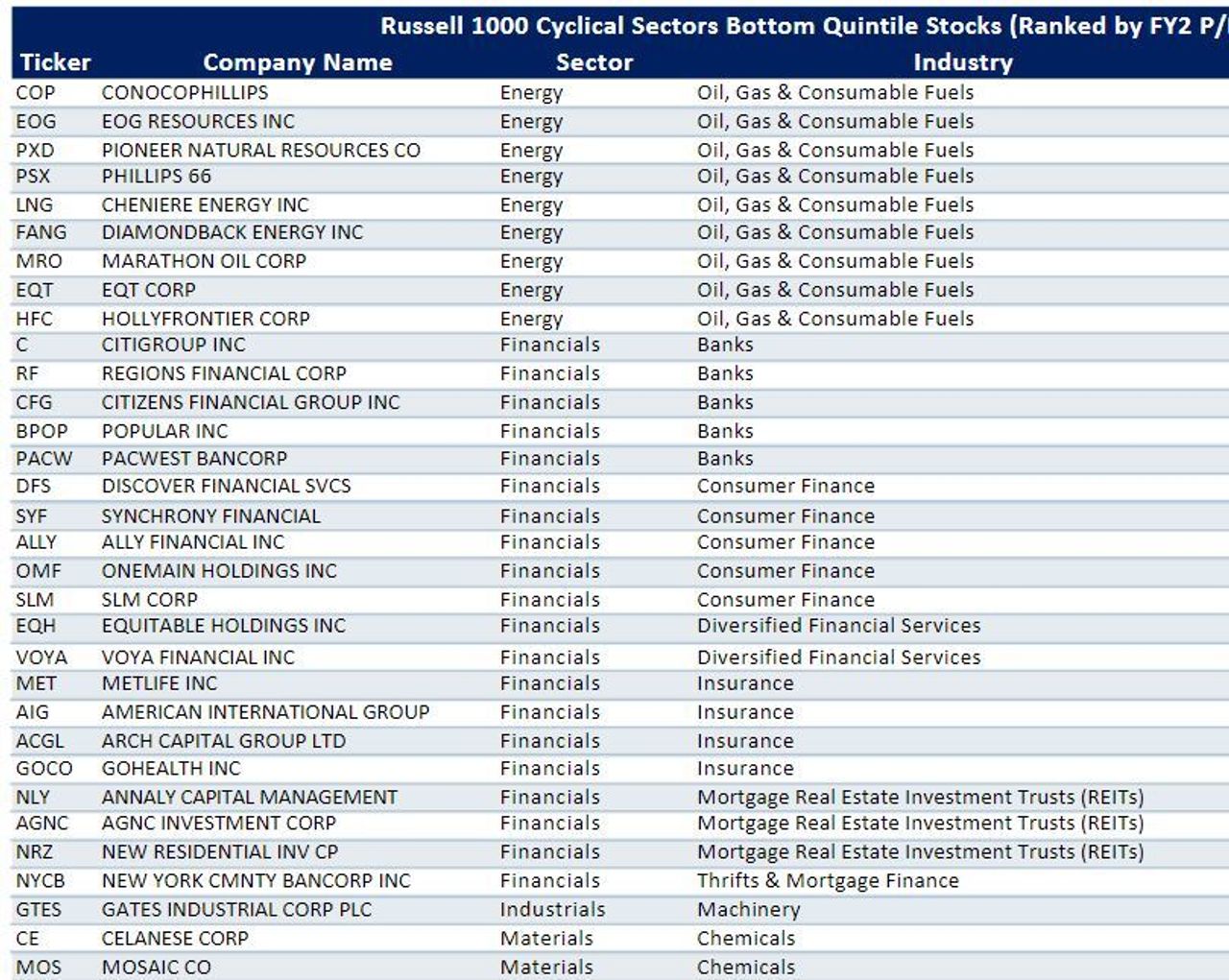 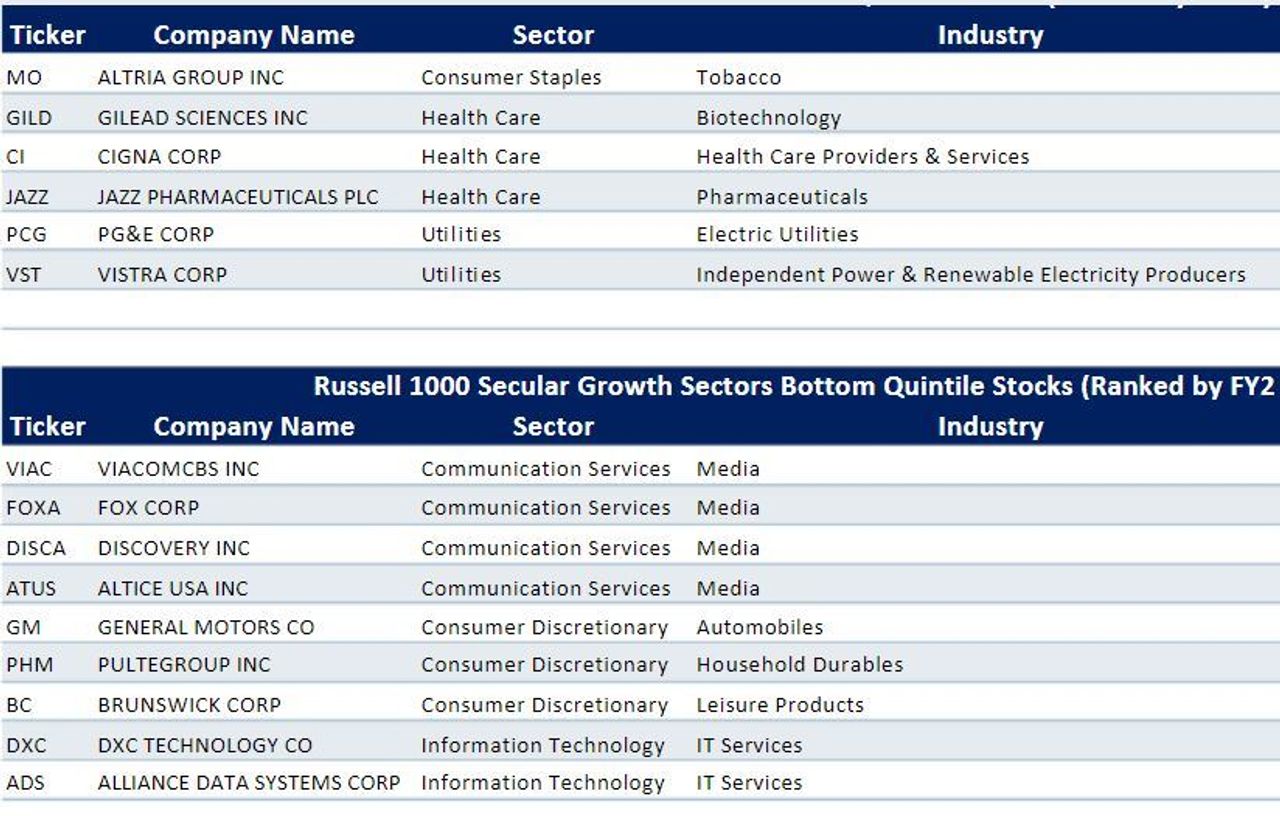 Following a stock-trading controversy, Richard Clarida, the vice chair of the Fed, said Monday he will resign on Jan. 14, two weeks before his term was set to end.

Pfizer (PFE) CEO Albert Bourla said the drug company is working on a hybrid vaccine to cover current variants and omicron, which would be ready to go by March. And China has locked down a third city due to COVID-19 spreading, with 20 million people
now affected.

Danaher (DHR) shares are climbing after the life-sciences company said fourth-quarter revenue will beat its own guidance. 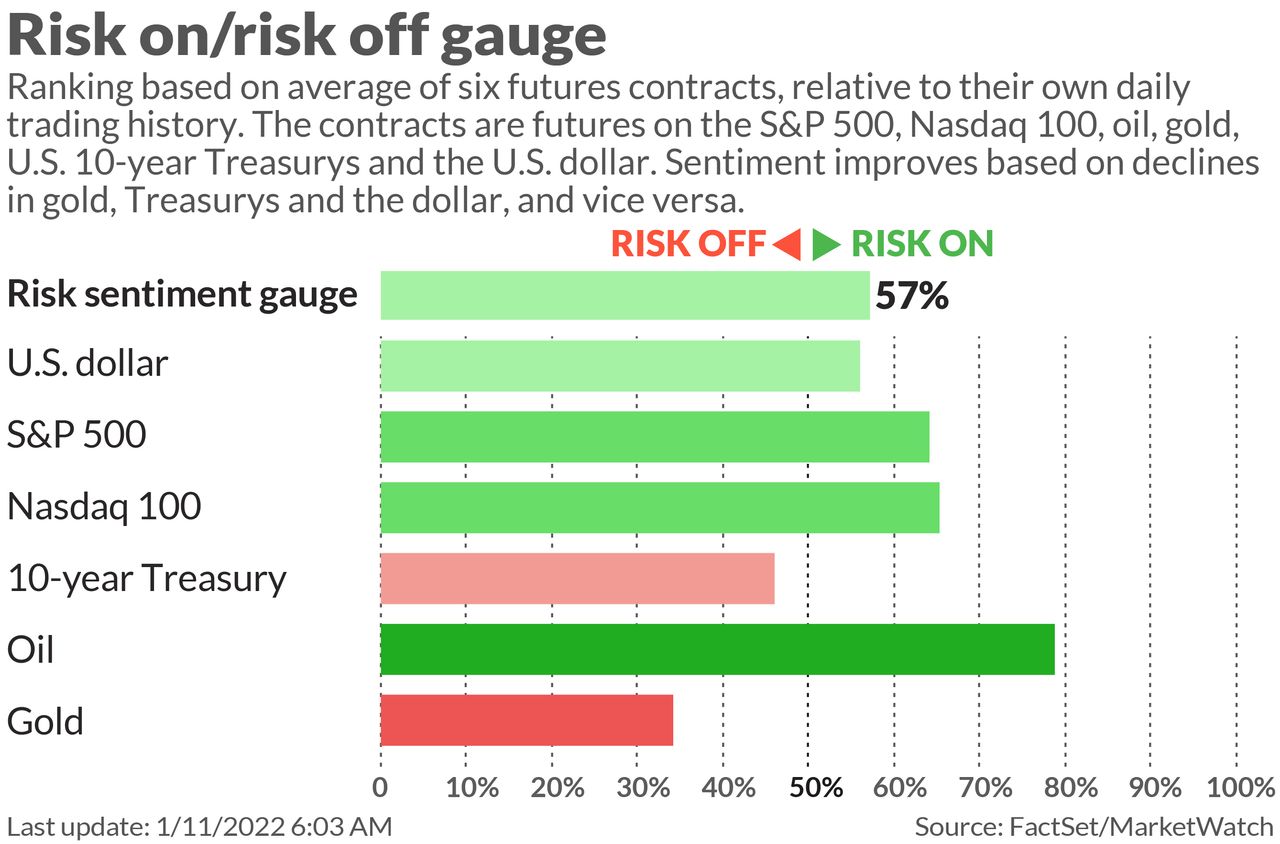 Here are the most active stock-market tickers on MarketWatch, as of 6 a.m. Eastern.