Need to Know: Here’s a big tech name to put on your shopping list, and how to buy it even if the bear market is far from over

12
SHARES
88
VIEWS
Share on FacebookShare on Twitter
Need to Know: Here’s a big tech name to put on your shopping list, and how to buy it even if the bear market is far from over

Here’s a big tech name to put on your shopping list, and how to buy it even if the bear market is far from over 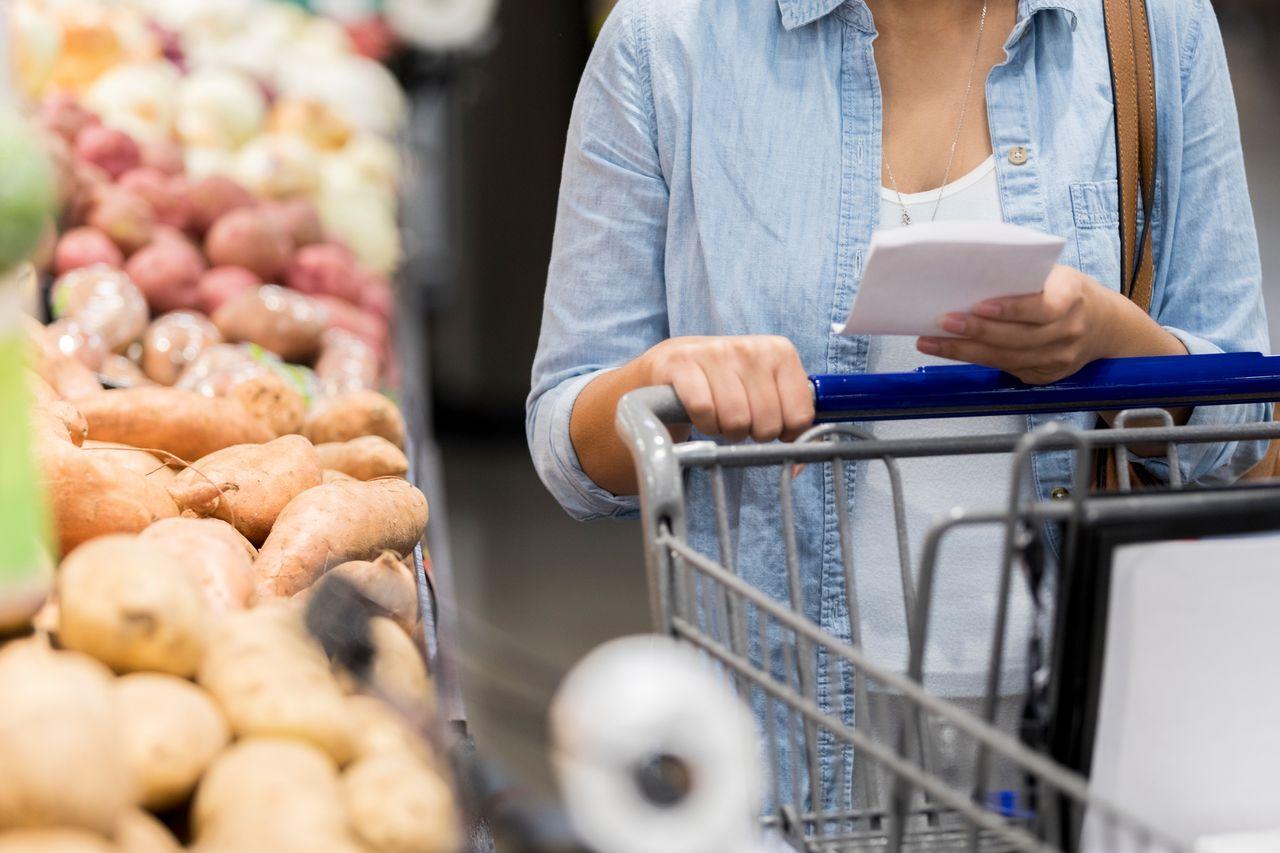 Amid hopes for a bear killing October, a mixed start is under way for Monday, with tech under some pressure.

That’s as Tesla shares tumble in premarket after not-good-enough quarterly sales. Meanwhile, investors seem modestly impressed with efforts by the U.K. government to put out a market fire it started recently, while another crisis may be brewing over the health of a big European bank.

To be sure, a never-ending supply of crisis headwinds may make the S&P 500 (SPX) work harder to find its true bottom. That brings us to our call of the day, from Miller Tabak + Co.’s chief market strategist Matt Maley, who sees Google parent Alphabet (GOOGL) as one of the best oversold names to start buying right now.

He admits that the overall market doesn’t look that cheap yet, while Alphabet faces some headwinds, but its search engine business “is still a monster…with ad sales growth of more than 13% last quarter.”

The stock trades at 17 times forward earnings, and 18 times reported earnings, he notes. “Since the company went public in 2005, it has only been cheaper at the bottom of the Great Financial Crisis and after two dips in 2011 and 2012, during the European crisis of that time (Greece),” said Maley. 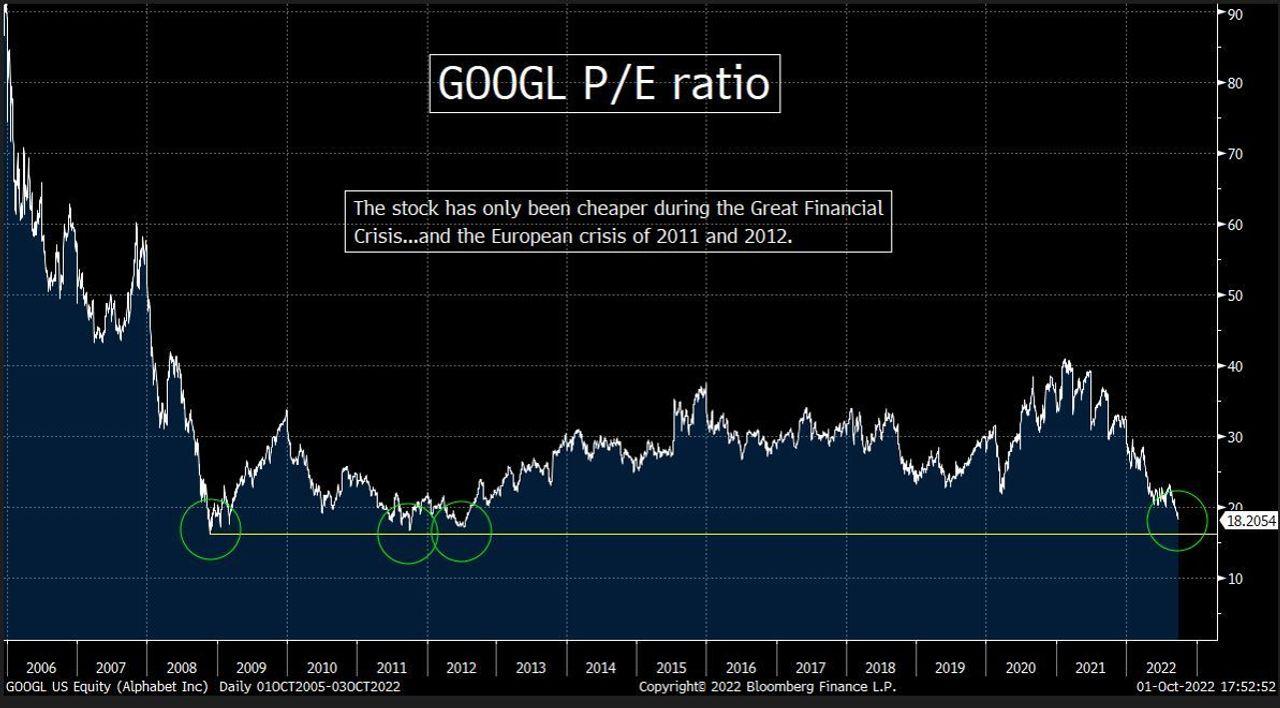 So how to do this? Maley suggests buying the Google parent gradually over the coming months, similar to “dollar-cost averaging” — investing a fixed amount in a security or asset on a regular basis, no matter what market are doing.

That strategy works well when companies get cheap and is an excellent one to use during bear markets, “especially after the ‘bear’ has already done a lot damage,” said Maley. But the stock of a good company can get even cheaper before it bottoms, which is why they need to buy gradually — for individual investors that may mean once a month for nine to 12 months.

The average price of Alphabet — down nearly 34% year to date — should look good a year from now and even better in three to five years, because decent names that get tossed out in a bear episode often rally back stronger than the broader market in the years after, he adds.

Note, the strategist is a firm believer that more froth needs to come out of this market, possibly another 15% into the low 3,000s for the S&P 500 (SPX). The market had gotten too pricey versus the economy, which “had become pushed to a level that it could not maintain without steroids.”

Read: After the worst September for stocks since 2002, here’s what October could bring 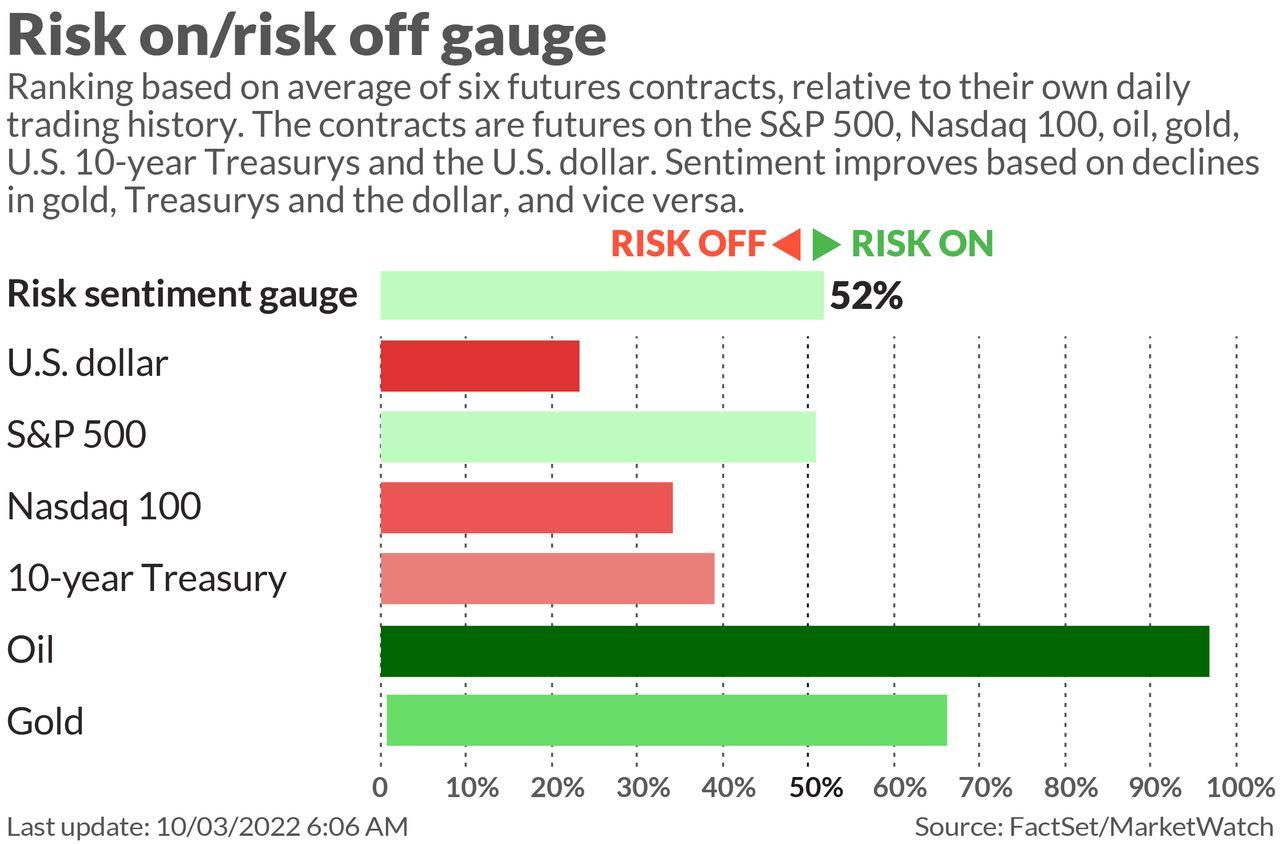 Stock futures (YM00) (ES00) are choppy, with those for the Nasdaq-100 (NQ00) dropping, with Treasury yields steady (BX:TMUBMUSD10Y) (BX:TMUBMUSD02Y). The British pound (GBPUSD) is up and gilt yields (BX:TMBMKGB-10Y) are down after the U.K. government’s U-turn over a heavily criticized budget move. Oil prices (CL.1) (BRN00) are surging on hopes for a cartel output cut this week, with gasoline prices (RBZ22) also shooting higher, but natural-gas prices (NG00) down.

The Organization of the Petroleum Exporting Countries and Moscow-led allies, aka OPEC +, could cut production by more than 1 million barrels a day — the biggest since the pandemic began — at Wednesday’s meeting.

Tesla (TSLA) reported record quarterly deliveries on Sunday. but the number still disappointed analysts. Shares are down over 4%.

Credit Suisse stock (CS) (CH:CSGN) is slumping after troubling headlines about the Swiss bank’s health following a rise in credit-default swaps on Friday.

A big week for data ends with nonfarm payrolls. For Monday, we’ll get the Institute for Supply Management’s manufacturing index, and construction spending, both at 10 a.m. Eastern. Auto sales and a speech from New York Fed President John Williams also are on the docket.

Two ruptures on Europe’s Nord Stream pipeline appear to have stopped leaking natural gas, say Danish authorities. But a global energy body has warned Europe faces an “unprecedented” shortage of natural gas this winter, if it doesn’t cut usage by 13%.

Our chart from Matt Fox, founder/president of Ithaca Wealth Management, discusses important levels to watch on the S&P 500. It was flagged in The Chart Report (h/t Howard Lindzon), who had this to say:

“Matt points out that it’s currently testing its 200-week moving average for the first time since the pandemic. We actually closed slightly below it today [Friday], so buyers will need to show up soon if we’re going to have a 2011 or 2018 scenario. If we extend below it, it will be a major red flag. Either way, keep an eye on how this test plays out in the coming weeks,” said the Chart Report. 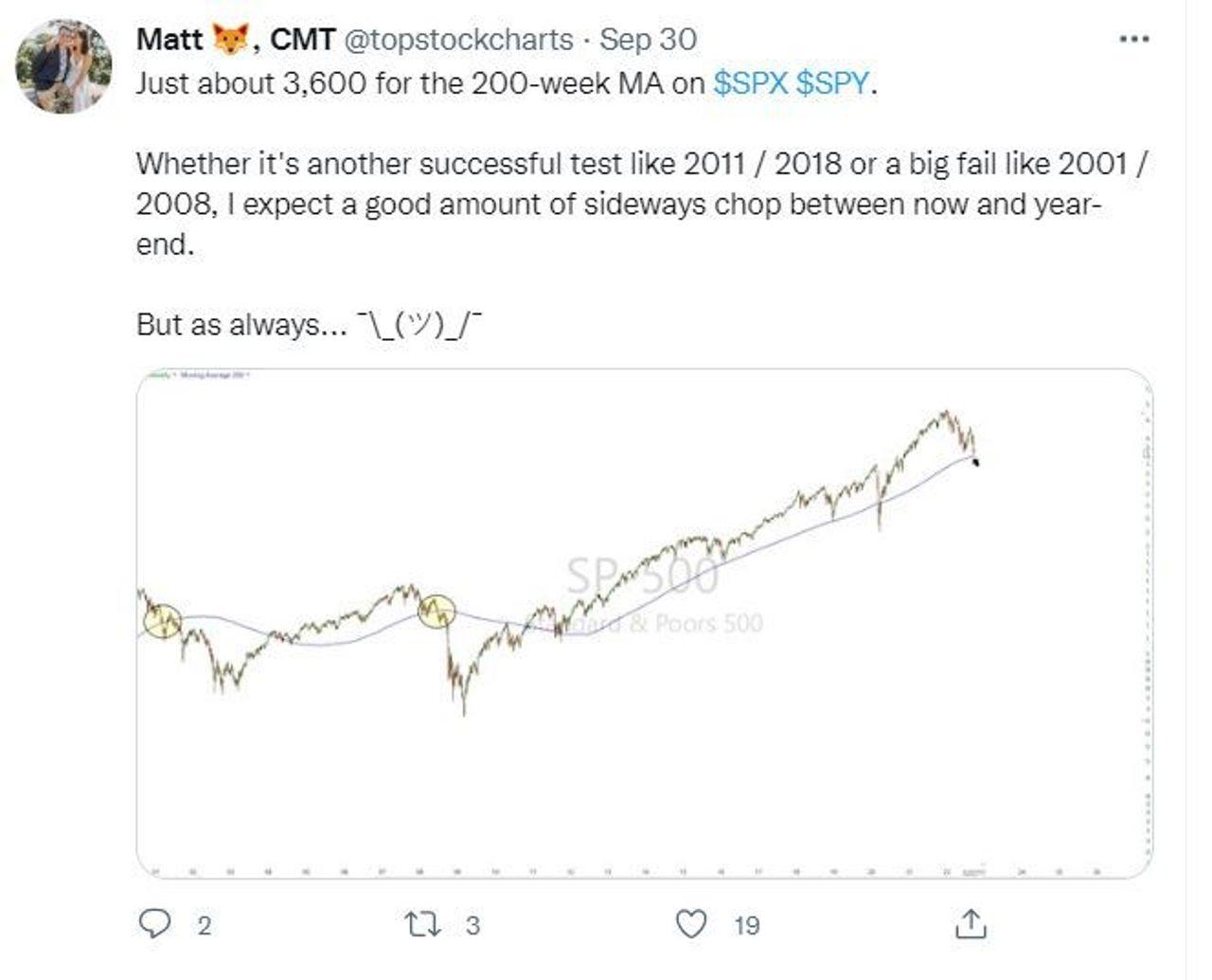 These were the top-searched tickers on MarketWatch as of 6 a.m. Eastern time:

Need to Know: ‘Mr. Market is a drunken psycho.’ Why this hedge-fund manager is shorting some of the market’s biggest names.

Rates and the dollar matter