Need to Know: Here’s a list of 50 companies that are well-armed to beat back inflation 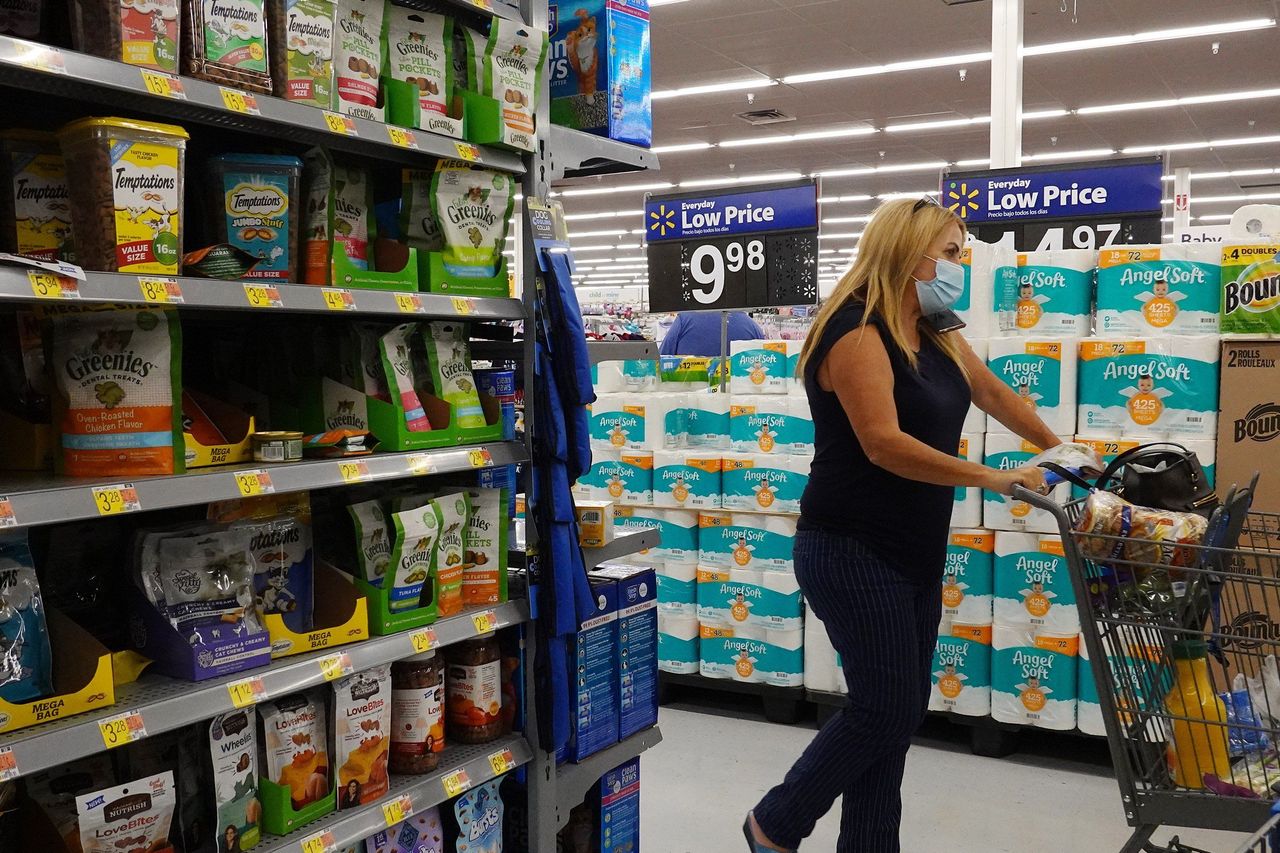 Another turnaround Tuesday may be in the cards after a litany of concerns including stagflation dragged the S&P 500 (SPX) below 4,000 for the first time since 2021.

As investors try to regroup from the worst three-day stock stretch in two years, one more hard day of selling for the S&P might be a good thing, maintains JonesTrading’s chief strategist Michael O’Rourke.

A push into “bear market territory” — commonly defined as a 20% drop from recent highs — would set the S&P up for a technical bounce ahead of Wednesday’s CPI numbers, he tells clients. Data showing that the March print of 8.5% was an inflationary peak — 8.1% is expected — should give a “psychological boost to equities” O’Rourke adds.

Onto our call of the day from AllianceBernstein analysts, who say the key to downside protection in a market facing persistent and higher inflation is “owning names that have pricing power.” Heading into the second half of 2022, they offer an update on what’s been a popular strategy in the past year or so and a fresh list of companies that fit the bill.

“We use gross margin to define pricing power because a company’s ability to enhance revenues in the face of rising costs, helps us determine which firms will be able to effectively pass increasing expenses onto consumers,” writes a team of Bernstein analysts led by Ann Larson.

The Bernstein Pricing Power Indicator ranks companies by their ability to manage or improve gross margins. Thrown into the calculations are the last two years of growth in gross margins, along with the past seven years of gross margin stability. Those metrics are standardized across industries for a final pricing power score, with return on equity instead of gross margin used for financials.

“Using this methodology, we found that during U.S. inflationary periods, stocks in the highest quintile of our Pricing Power Indicator consistently outperformed those in the lowest quintile. On average the outperformance was ~ 430 bps a year,” said Larson and the team. 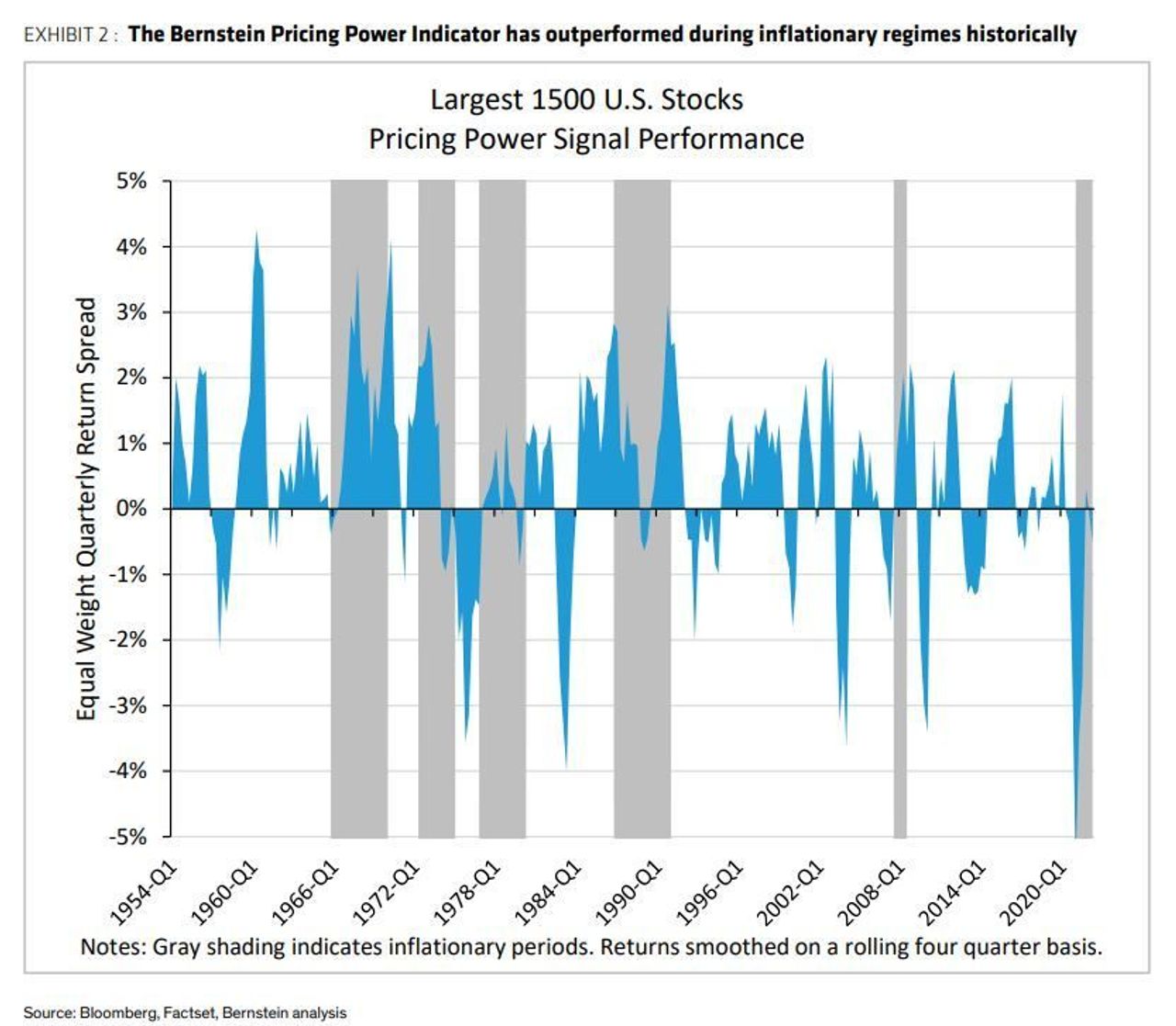 Here’s another chart laying that out:

Admittedly, they say this hasn’t been a completely smooth strategy. High pricing power stocks rebounded in the last three quarters of 2021, after underperforming in the second half of 2020 and first quarter of 2021. Year-to-date returns “have been inconsistent amid the large factor rotations and volatility we’ve seen so far this year,” says Bernstein.

So here’s their list of U.S. stocks with market values greater than $5 billion in the highest quintile of pricing power and in the top two quintiles of positive sales revisions. In the top five are UnitedHealth (UNH), Walmart (WMT), Costco (COST), US Bancorp (USMT) and Waste Management (WM). 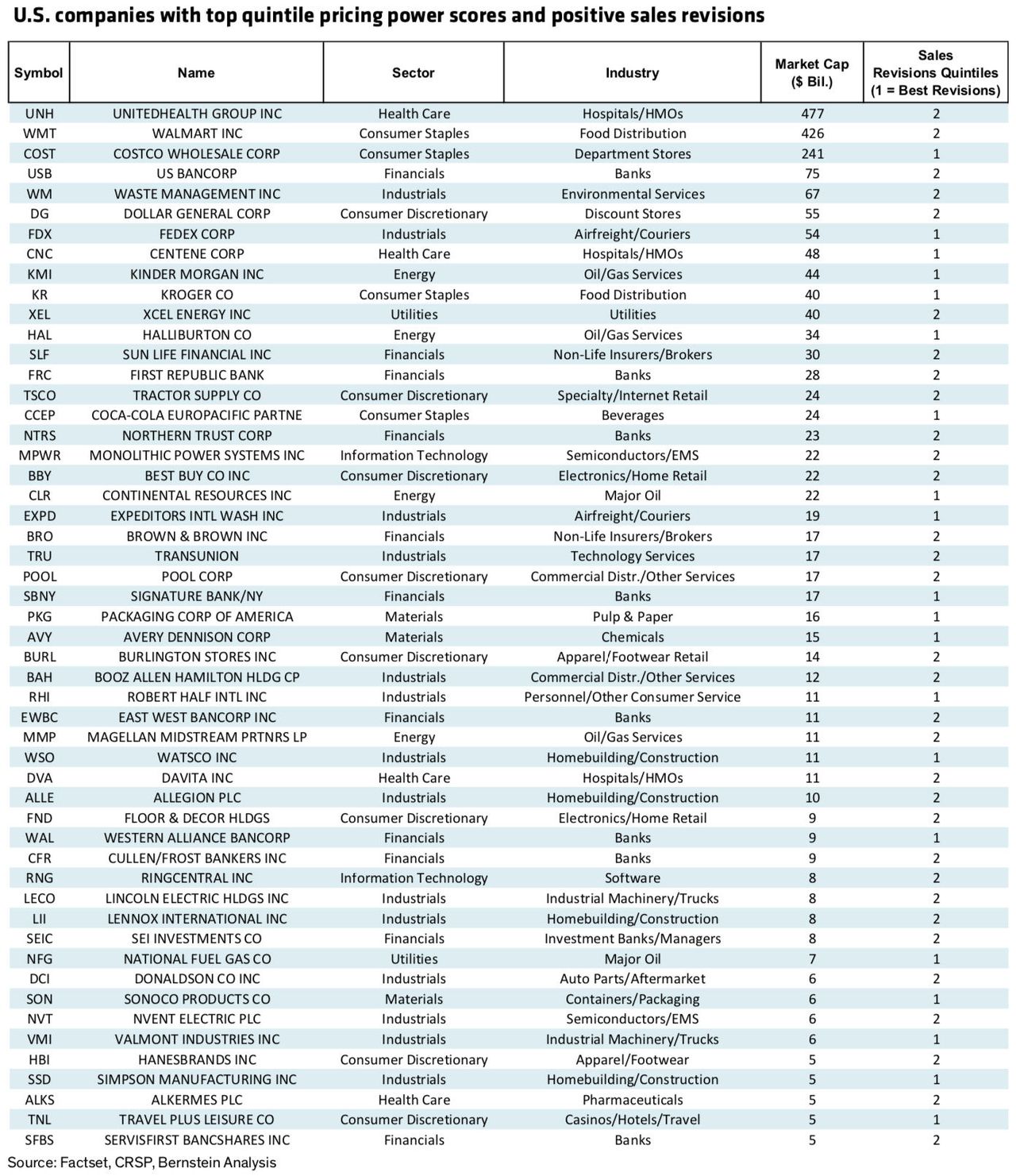 Earnings from Peleton (PTON), Planet Fitness (PLNT) and Norwegian Cruise (NCLH) are scheduled, followed by Electronic Arts (EA) and Roblox (RBLX) after the close. Also reporting late is Coinbase (COIN), the crypto exchange, which may get extra attention, as shares have slumped 80% from a November high amid a market rout.

Biohaven Pharmaceuticals (BHVN) shares are up more than 70% after Pfizer (PFE) announced an $11.6 billion deal to buy biopharmaceutical group.

High inflation, and tighter monetary policy, along with the war in Ukraine are causing liquidity problems across financial markets, the Fed noted in a semiannual report.

President Joe Biden is due to speak at 11:30 a.m. Eastern over his administration’s attempts to bring down inflation. A small-business sentiment index steadied for the first time in three months. A first-quarter estimate of real household debt is due later.

Following the “Victory Day” holiday, Russia has been pummeling Ukraine’s vital port of Odessa, as well as the embattled Mariupol steel mill. 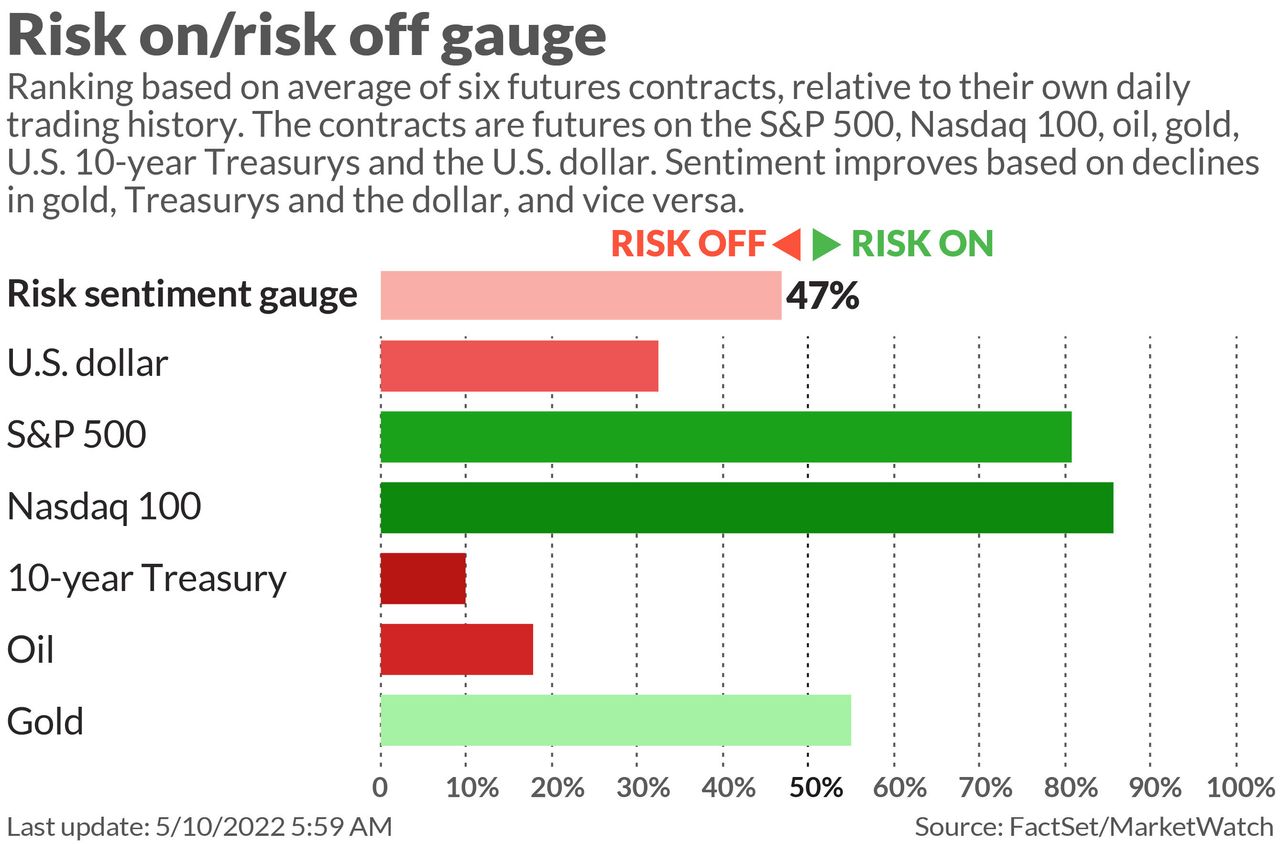 Read:
Crypto crash continues; why has bitcoin fallen 55% over the past 6 months?

These were the top-searched tickers on MarketWatch as of 6 a.m. Eastern Time.

Andy Warhol’s iconic Marilyn Monroe portrait sold at auction for $195 million, the highest price ever paid for an American work of art.

Chart of the Day: Catch This Episode

Chart of the Day: Catch This Episode