18
SHARES
128
VIEWS
Share on FacebookShare on Twitter
Need to Know: Here’s how much bitcoin is worth, says JPMorgan, as crypto faces this summer headwind

Here’s how much bitcoin is worth, says JPMorgan, as crypto faces this summer headwind 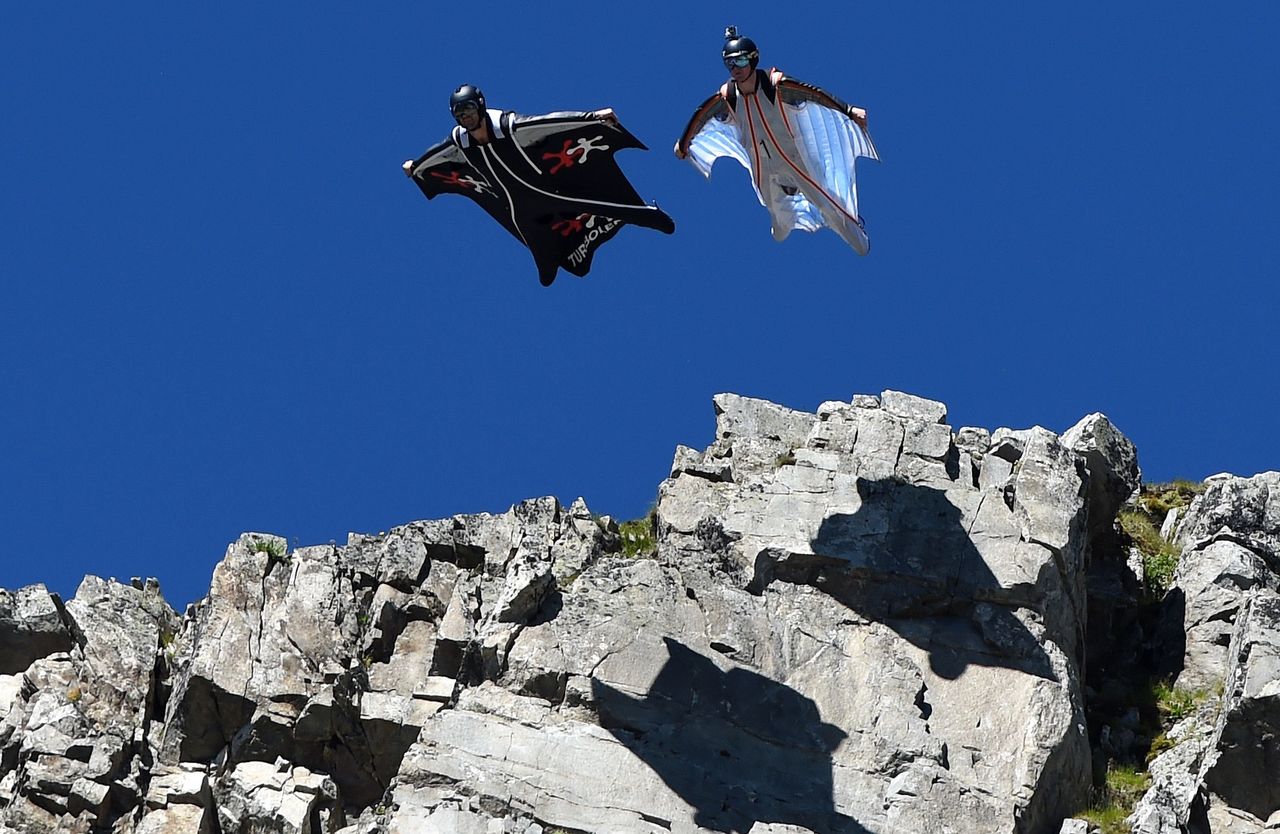 Stocks are set to continue inching higher on Thursday, as markets relax about inflation risks and exact details of what’s coming from the U.S. Federal Reserve.

But for bitcoin (BTCUSD) and other crypto assets, like ethereum (ETHUSD) and dogecoin (DOGEUSD), the easy breezes of summer are far away

The cryptocurrency market is down significantly on the week, having lost $1 trillion of market capitalization from its peak of $2.5 trillion in early May, said a group of analysts led by Nikolaos Panigirtzoglou at investment bank JPMorgan (JPM).

Panigirtzoglou and his team have our call of the day, giving bitcoin a fair value of $23,000 to $35,000 over the medium term, based on the relationship between its volatility and gold’s, as the crypto faces new headwinds.

The signal of the newest major challenge bitcoin faces, according to the team at the investment bank, is that the discount to the net asset value for the biggest bitcoin fund — the Grayscale Bitcoin Trust — has widened deep into negative territory. 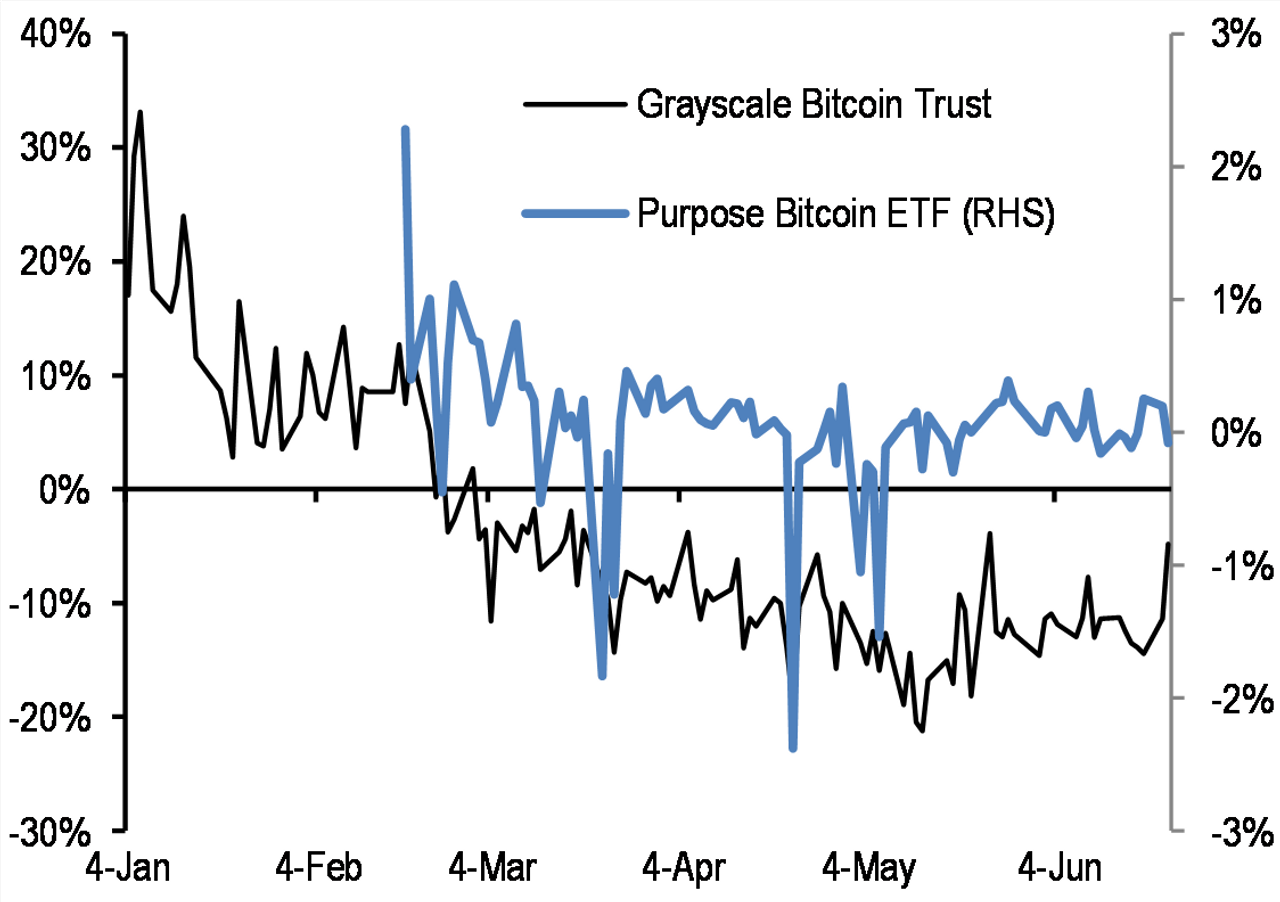 This reflects the anticipated selling of shares in the trust in the secondary market as a lock-up period for investors ends.

“As the six-month lock-up period expires in June and July these investors are likely to sell at least some of their GBTC shares exerting downward pressure on GBTC prices and on bitcoin markets more generally,” the analysts said.

More broadly, recent volatility and the boom-and-bust dynamics of crypto represent a barrier to the adoption of crypto markets by institutional investors, Panigirtzoglou and his team said.

“The mere rise in volatility, especially relative to gold, is an impediment to further institutional adoption as it reduces the attractiveness of digital gold vs. traditional gold in institutional portfolios,” the analysts said.

Based on the idea that institutional investors account for the volatility of assets in allocating capital, Panigirtzoglou and his team use a bitcoin/gold volatility ratio to gauge the valuation of the crypto asset. 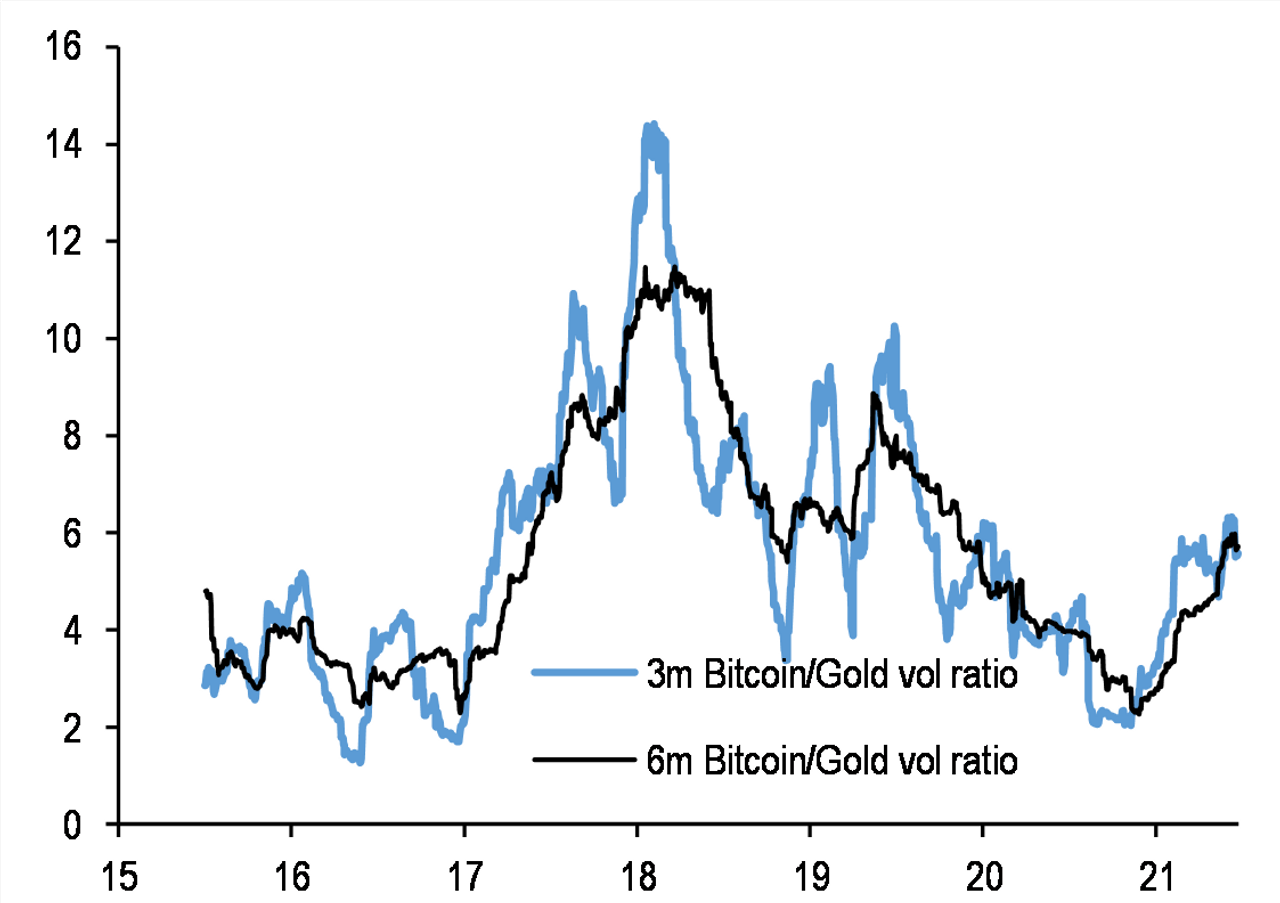 JPMorgan views bitcoin as having a theoretical target price of $140,000, based on the convergence of bitcoin volatility with gold (GOLD) volatility and the equalization of bitcoin and gold allocations in investor portfolios.

“The best we can hope for over the medium term is for this volatility ratio to partially revert from around x6 currently to around x4 by year-end,” the JPMorgan analysts said. The fair value for bitcoin at four times gold’s volatility is $35,000.

“Needless to say, full convergence or equalization of volatilities or allocations is unlikely in the foreseeable future,” Panigirtzoglou and his team said. 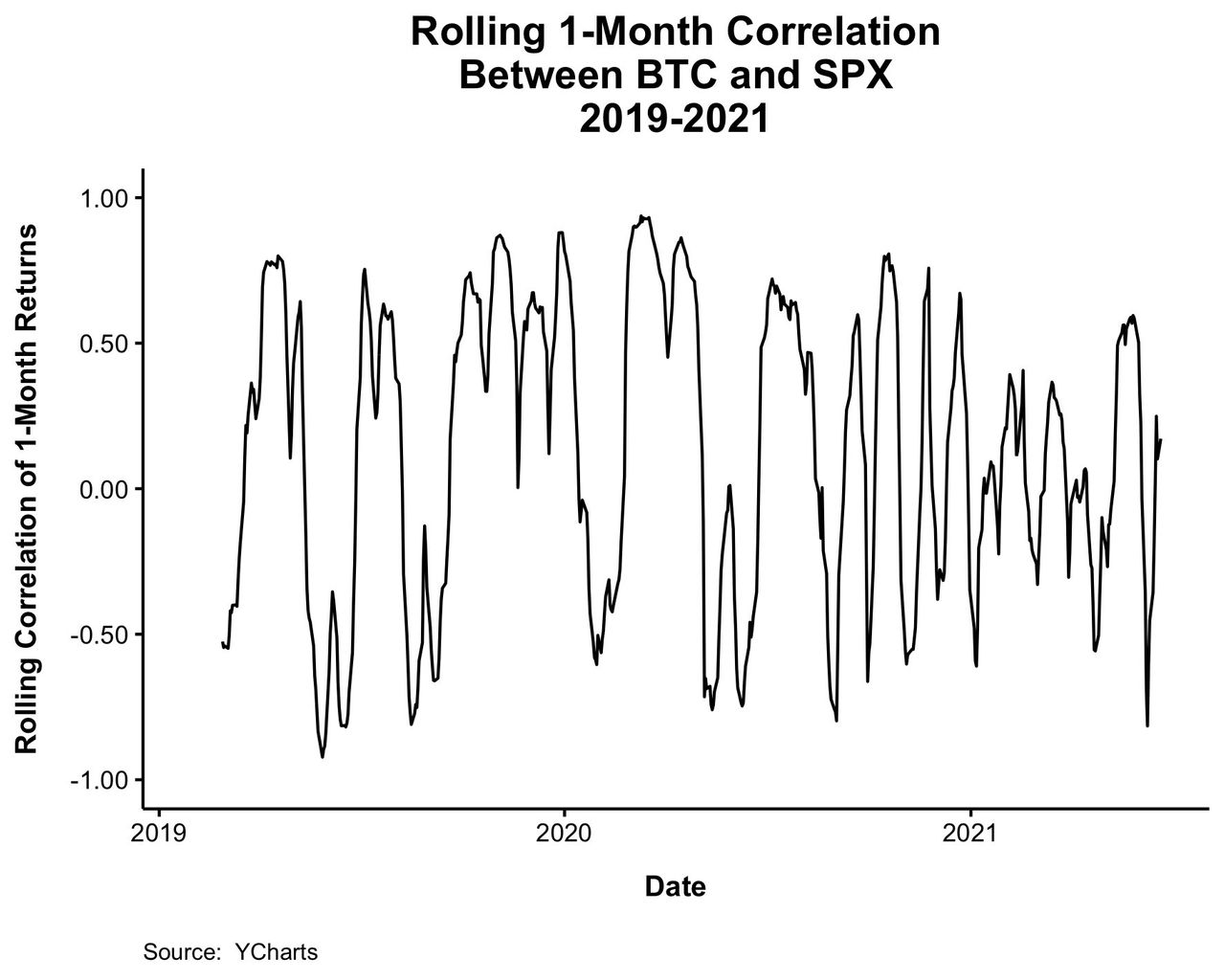 Chart via the Irrelevant Investor blog.

What’s the relationship between bitcoin and stocks?

Michael Batnick of the Irrelevant Investor financial blog said he believes it wasn’t a coincidence that people were selling everything at the same time in 2020 — stocks, bonds, gold, and crypto — but don’t bet on a crypto crash taking down equities.

Our chart of the day, courtesy of Batnick, show the correlation between bitcoin and the S&P 500 (SPX) index.

“Sometimes bitcoin moves with the stock market, and sometimes it doesn’t.”

Elon Musk said he will look to float satellite internet venture Starlink once its revenue becomes predictable, likely in a few years. Replying to a user on Twitter (TWTR), the billionaire chief executive of electric-car maker Tesla (TSLA) said
“going public sooner than that would be very painful,” noting that he would do his best to give long-term Tesla shareholders preference in an initial public offering.

On the U.S. economic front, investors can expect initial jobless claims for last week at 8:30 a.m. Eastern. It is expected that 380,000 Americans filed for unemployment last week. Continuing jobless claims for the week of June 12, durable goods orders for May, nondefense capital goods orders excluding aircraft for May, and a revision to first-quarter gross domestic product are due at the same time.

Shares in data-management company Confluent are set to begin trading on the Nasdaq, after the Mountain View, California-based group priced its IPO well above its forecast range late Wednesday. Confluent priced its shares at $36 each, above the $29 to $33 range estimated by the company last week.

John McAfee, the maverick software pioneer who created the antivirus software that bore his name, was found dead in his Spanish jail cell on Wednesday in an apparent suicide. His death came hours after a court approved his extradition to the U.S. to face tax charges, which may have seen him face decades in prison.

U.S. stock market futures are pointing up (DJIA FUTURES)(SP 500 FUTURES)(NASDAQ 100 FUTURES), set to perform similarly to European equities (XX:SXXP)(UK:UKX)(FR:PX1)(DX:DAX) and stocks in Asia (JP:NIK)(HK:HSI)(CN:SHCOMP), which were firmly in the green.

Battle over birdsong: A dispute between two neighbors in suburban England over birds in a tree straddling their property ended with the tree being cut in half.

Dirty clothes to the moon: Astronauts don’t do laundry in space — they wear clothes until they can’t take the smell, and then eject them to burn up in the atmosphere. NASA and detergent maker Tide have joined up to change that.

Market On Close Imbalance: Data feed issues left us blind for the last 10.

Protected: OP: Russell Rebalance; The Busiest Day Of The Year

OP: Russell Rebalance; The Busiest Day Of The Year