Need to Know: Here’s one asset in an ‘up crash’ — and the stocks tied to it are lagging behind the move

15
SHARES
104
VIEWS
Share on FacebookShare on Twitter
Need to Know: Here’s one asset in an ‘up crash’ — and the stocks tied to it are lagging behind the move 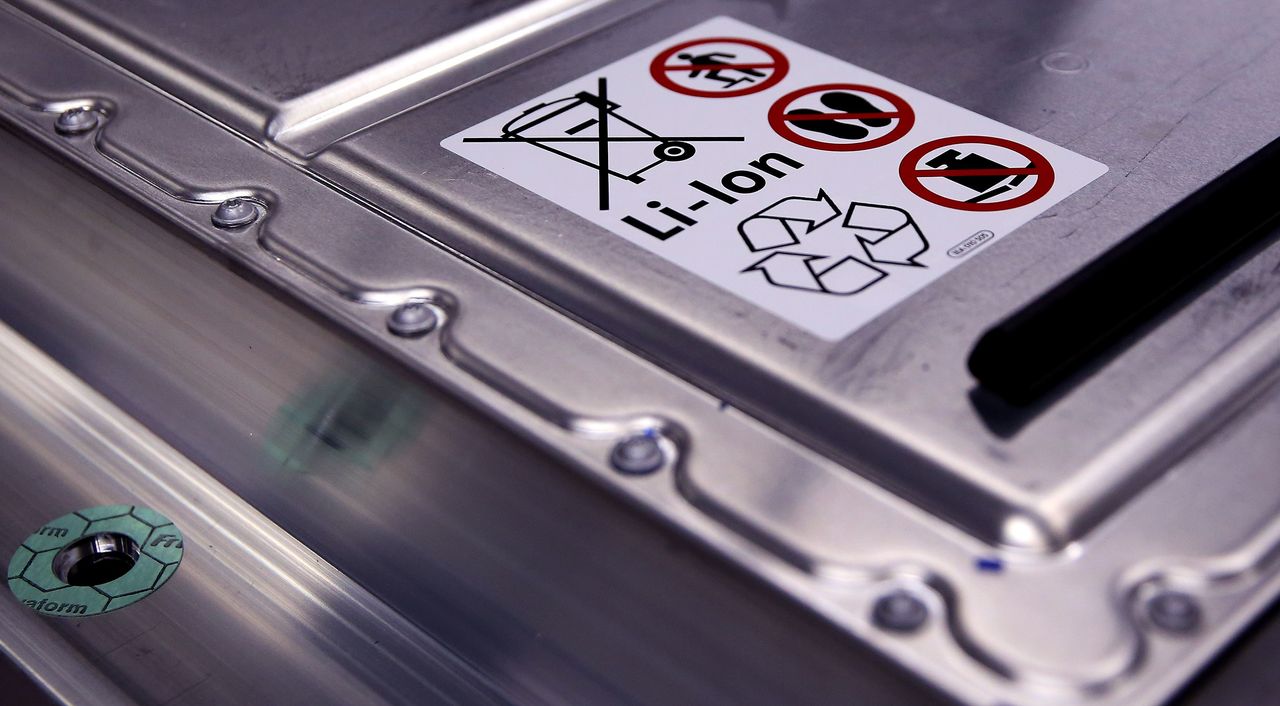 There always seems to be an unusual commodity that captures the attention of the market.

Last year it was uranium, which had both a theme — the need for clean energy provided by nuclear reactors — and a supply element, as an exchange-traded fund started gobbling up supplies on the open market. That ETF, the Sprott Physical Uranium (CA:U.UT) trust, is now down 21% from its September peak (right about the time this column wrote about it), though it is up 48% from its July lows.

Now it’s lithium that is capturing the market’s attention. As the auto market transitions to electric vehicles, those EV companies turn to lithium-ion batteries. There are also supply issues, with Bank of America analysts noting canceled projects and discipline from miners supporting prices.

Earlier this week, Australian miner Allkem (AU:AKE)(OROCF) reported rising sales, production and shipments, and forecast lithium carbonate prices to rise 80% in the first half of the year. “The company continues to experience very strong demand for its spodumene concentrate and lithium carbonate as supply side tightness persists in raw materials and throughout the battery supply chain,” Allkem said.

Analysts at UBS in Australia this week said lithium was in an “up crash” due to EV demand, hiking their spodumene forecast by 39% and carbonate price estimate by 70%. Allkem, the UBS team says, offers pure-play exposure to lithium, with many positive catalysts on the horizon if it can execute. Mineral Resources (AU:MIN) offers an “interesting entry” given its exposure both to lithium production and mining services, while diversified giant Rio Tinto’s (RIO) lithium aspirations “appear too distant/small to gain significant exposure.” 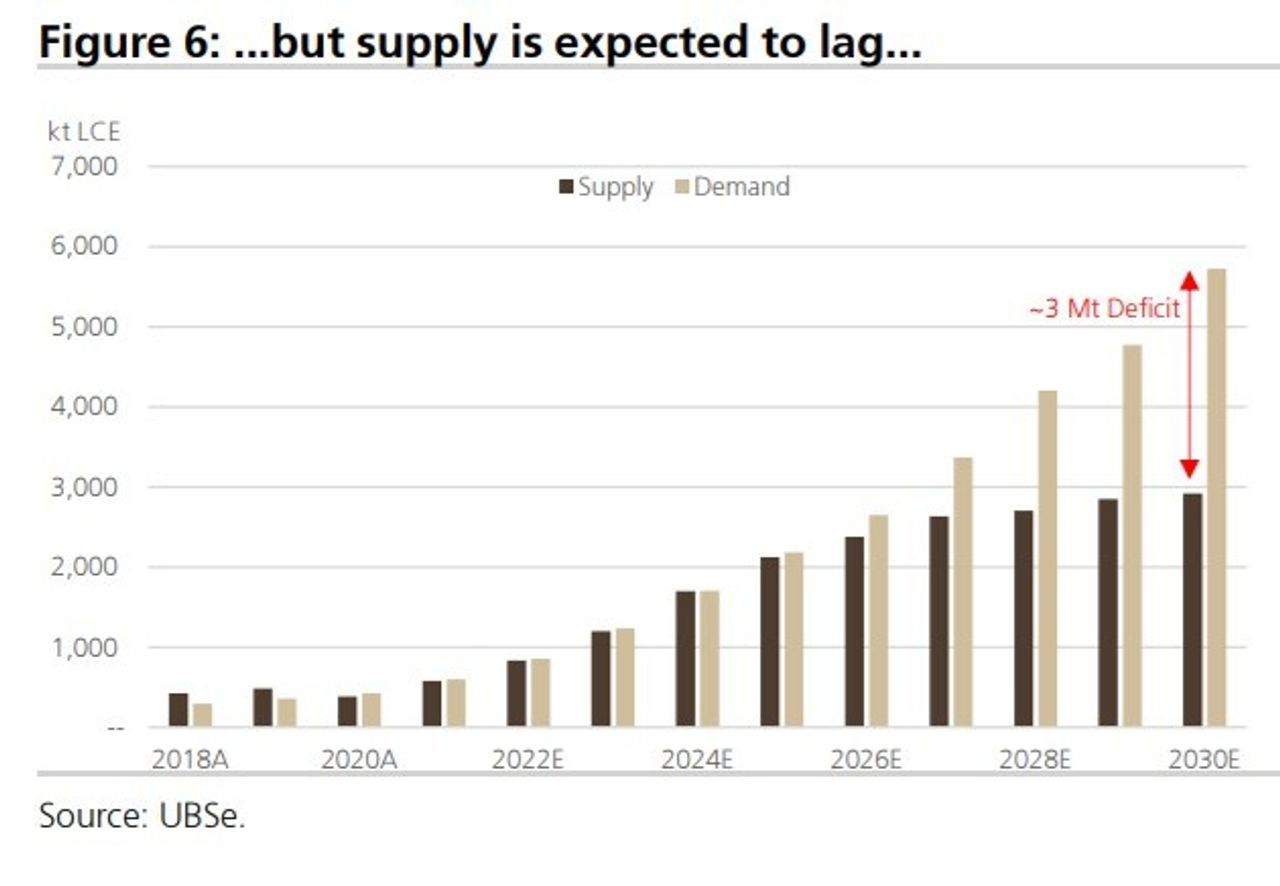 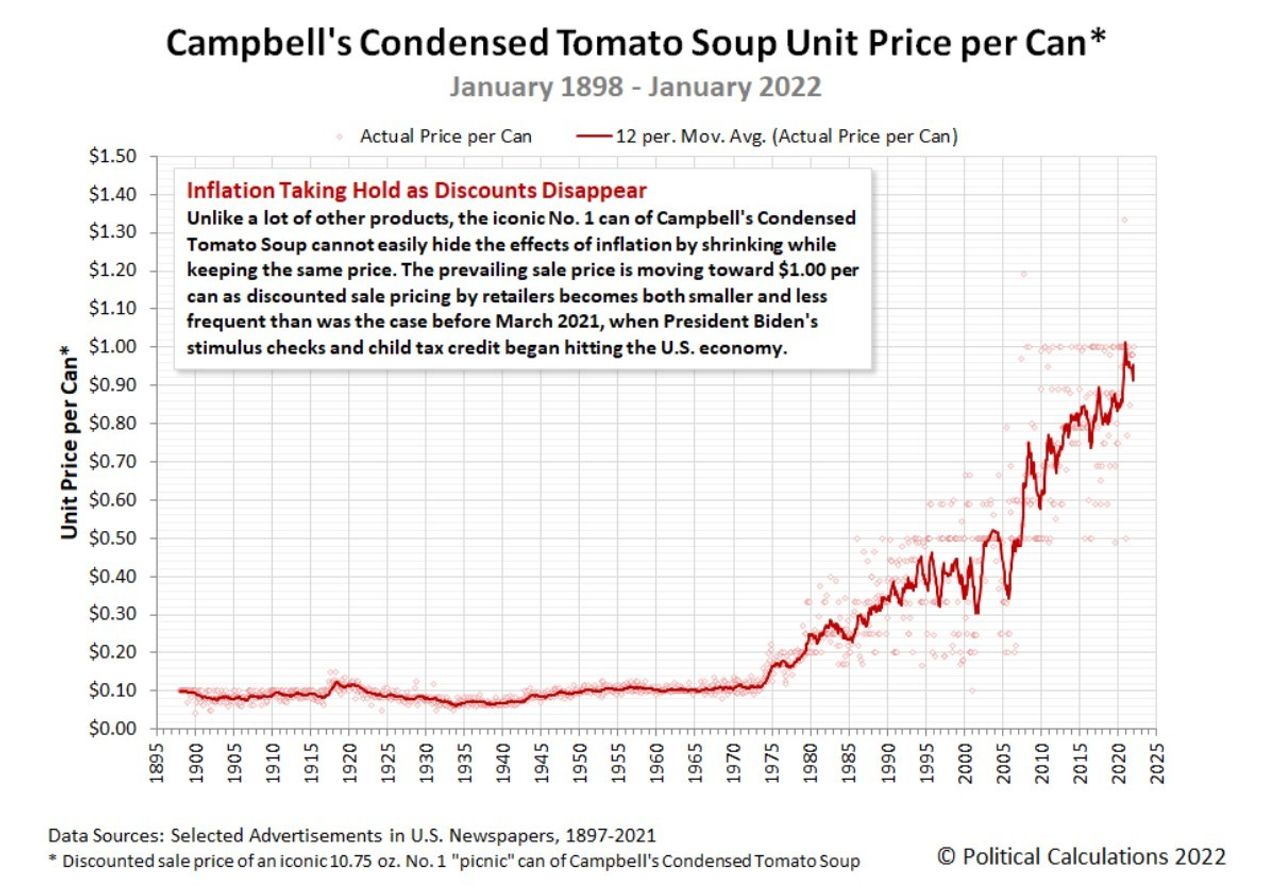 Here’s one way to view inflation — the price of a can of Campbell’s (CPB) tomato soup. “We’ve tracked the price of Campbell’s iconic tomato soup over the past 124 years because of its remarkable consistency as an identifiable product over time. In fact, if you had a time machine and could travel to nearly any point in time from January 1898 to the present, you could likely find a 10.75 ounce size can of Campbell’s condensed tomato soup stocked for sale in American grocery stores,” writes the Political Calculations blog. As for the inflationary signal, it’s on the verge of the $1 per can level.

Netflix (NFLX) shares plunged 20% in premarket trade, after it reported a lower-than-forecast 8.3 million subscriber additions in the final quarter, and forecast first-quarter additions significantly below estimates. Credit Suisse, Morgan Stanley and Barclays were among the brokers immediately cutting ratings.

Peloton Interactive (PTON) is set to rally, after denying it is entirely cutting production and prereleasing fiscal second-quarter numbers. Peloton shares rose 6%, after a 24% slide on Thursday.

Intel (INTC) will invest at least $20 billion in a new chip-making facility in Ohio. The company said the investment, outside the Columbus area, will help meet demand for advanced semiconductors.

It looked like a rough close to a difficult week, with both the S&P 500 (ES00) and Nasdaq-100 (NQ00) contract retreating, with market analysts noting extra volatility could be in store due to the expiration of options contracts.

Here were the most active stock market tickers on MarketWatch as of 6 a.m. Eastern.

This dog was saved from rising waters — by rescuers attaching a sausage to a drone.

Cannabidiol as a COVID-19 fighter? That’s what one study finds.