Need to Know: Here’s what could trigger another risk-on, risk-on bout for stocks and bonds

16
SHARES
116
VIEWS
Share on FacebookShare on Twitter
Need to Know: Here’s what could trigger another risk-on, risk-on bout for stocks and bonds

Here’s what could trigger another risk-on, risk-on bout for stocks and bonds 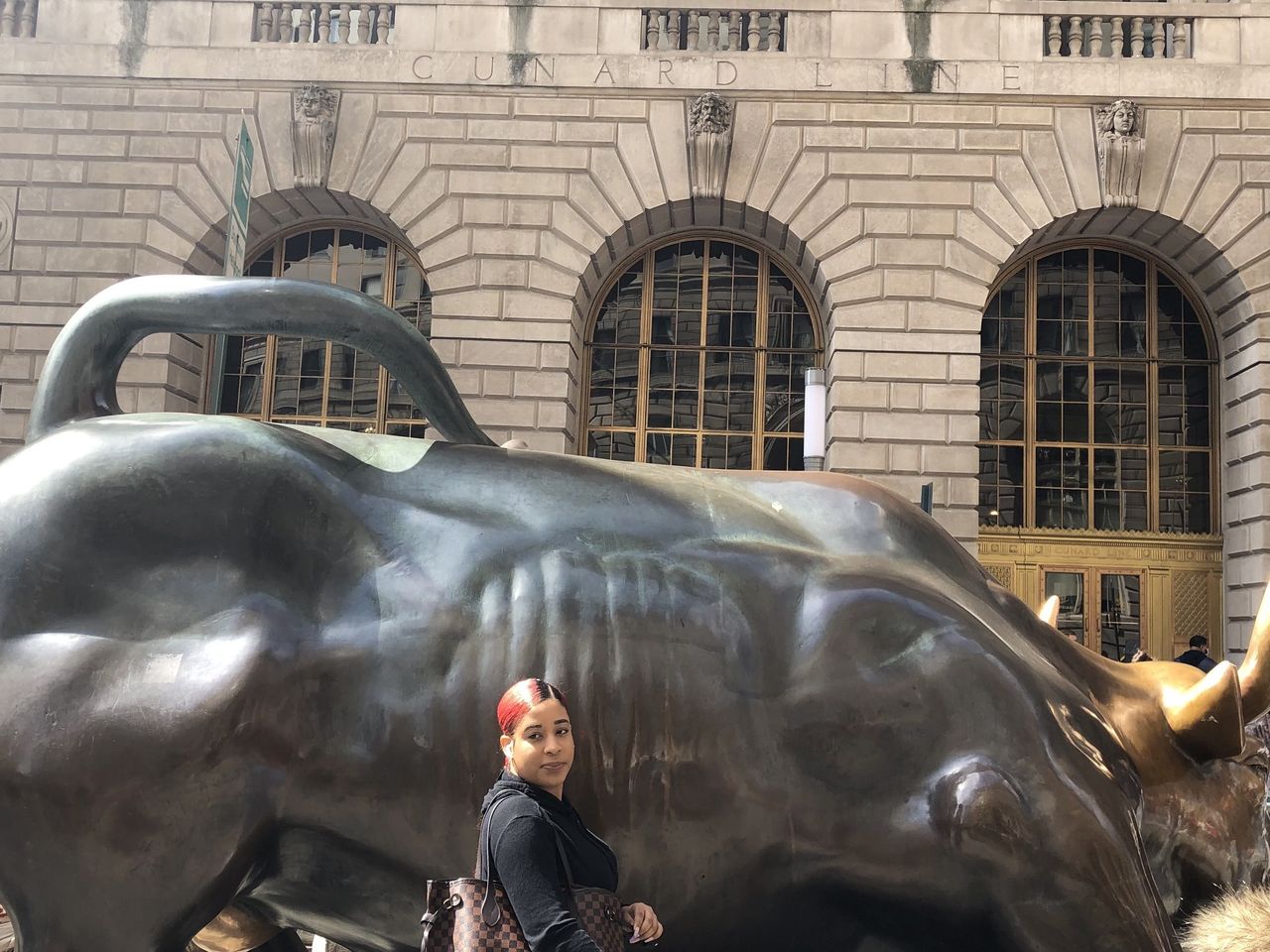 That’s as bond yields creep up.

Our call of the day, from a team of Evercore strategists led by Julian Emanuel, says stocks and bonds are “destined to move together” for the foreseeable future. Equities are down 7.8% and bonds are off 8.5% year-to-date, a phenomenon that has been seen only once before in 40 years — 1994, they noted. 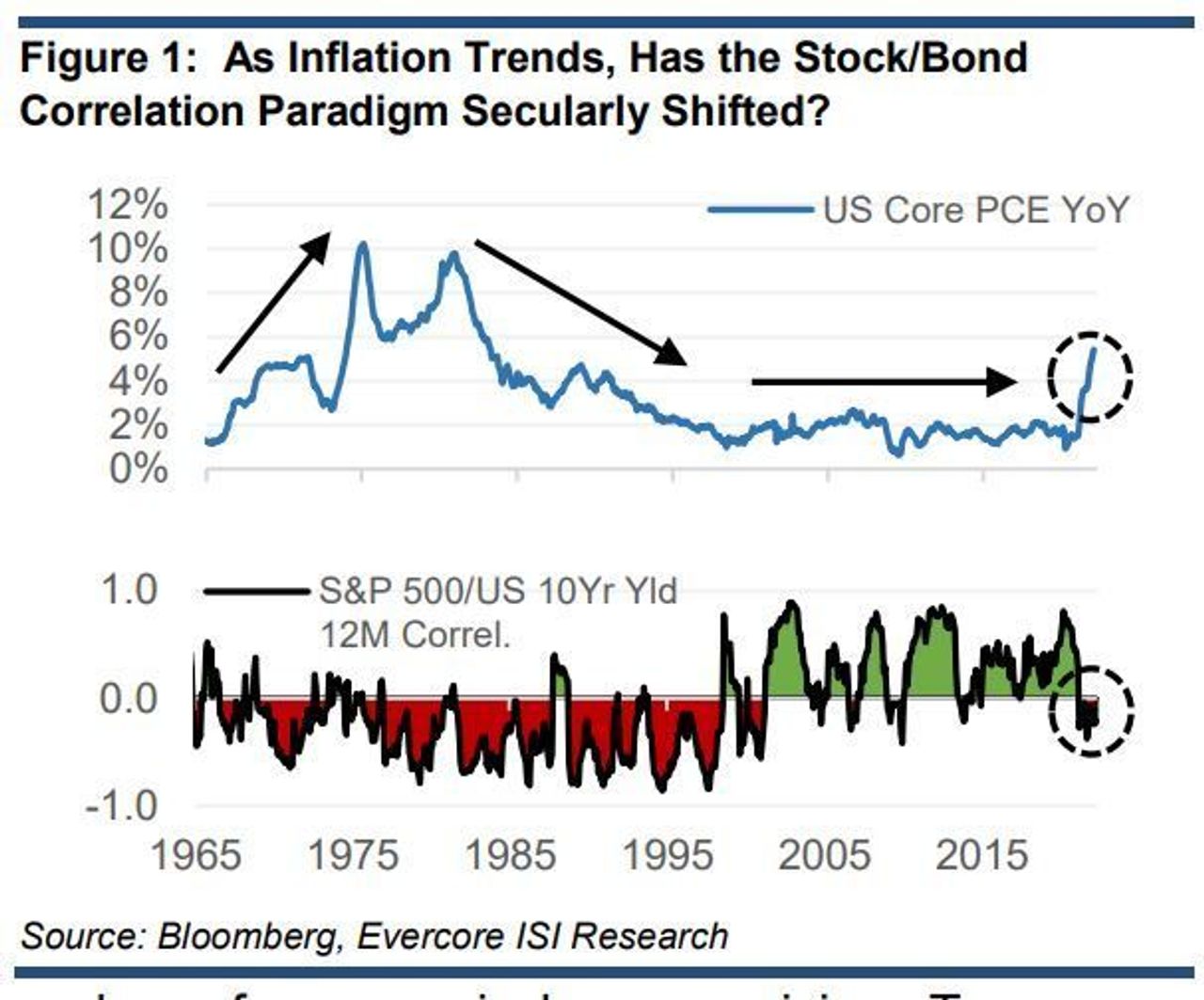 “More significant than performance alone is the breakdown of the negative correlation between stocks and bonds, risk on/risk off, that has prevailed for two decades,” said Emanuel and the team.

Stocks and bonds “languished together during the inflationary mid 1960s and 1970s, risk off/risk off, and rose as inflation declined in the ‘80s and much of the ‘90s, risk on/risk on. The commonality between these regimes: inflation ‘trendiness’,” they said. 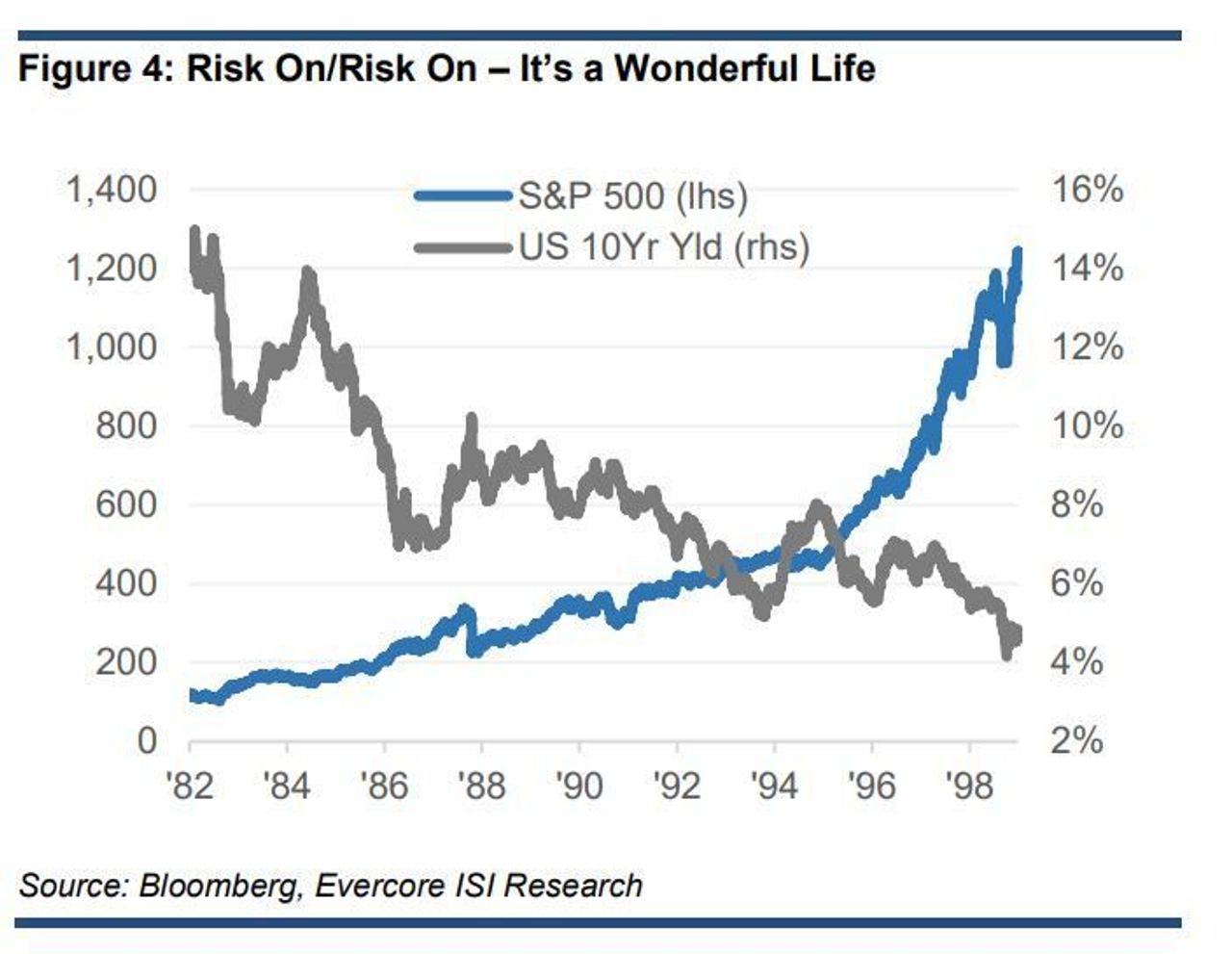 Emanuel and team note some signs inflation is peaking, setting up the possibility of another risk on/risk on bout for stocks and bonds, that could begin with 10-year yields stabilizing near current peaks and speed up if that yield retreats below 2.55%.

That could give investors a chance to refocus on earnings growth and low interest rate levels, underpinning a drive toward 4,800 for the S&P 500. But “until yields show further signs of stabilization/moderation, we reiterate a balanced approach to equity exposure into earnings season,” he said.

As for companies they like, Evercore offered an updated list of Russell 1000 (RUI) names on their list of companies that are expected to outperform. What they have in common is $10 billion plus in market capitalization, in the bottom 25% of index performers year-to-date, despite being in the top 25% of 2022 earnings revisions and positive expected earnings.

Bank of America (BAC) shares are up after reporting a profit fall that still beat forecasts, BNY-Mellon (BK) and Charles Schwab (SCHW) are all lined up to report results early,

Other big highlights this week include Netflix (NFLX) earnings due Tuesday. On Wednesday, results are due from Tesla (TSLA), where investors will be looking for any information on CEO Elon Musk’s $43 billion buyout offer for Twitter (TWTR), whose shares were rising in premarket after the social-media company announced a so-called “poison pill” plan to thwart any takeover.

China’s economy expanded 4.8% annually in the first quarter, which beat expectations. That still puts the country behind scheduled to reach an officially target of 5.5% growth this year, with fresh COVID outbreaks not helping.

Didi Global (DIDI) stock dropped 18% in premarket trading after the China ride-hailing firm reported a sharp fall in revenue over the weekend, and said it would hold a shareholder meeting next month to vote on a planned delisting from the New York Stock Exchange.

Stock futures (ES00)(YM00)(NQ00) are slightly lower,
specifically on the tech side. Treasury yields (BX:TMUBMUSD10Y) are rising, oil prices (CL00) are slightly lower and gold (GC00) is rising. Asian markets had a mixed day, with some weakness in China (XX:000300) after that growth data. The Nikkei (JP:NIK) dropped 1%. Europe markets were off for an extended Easter break.

Cryptos (BTCUSD) are also lower across the board.

These were the most active stock-market ticker symbols on MarketWatch as of 6 a.m. Eastern:

Jury awards Kentucky man $450,000 after he was fired over an unwanted birthday party