Need to Know: Here’s what investor says he’s learned from Warren Buffett and Charlie Munger — and the mistakes he’s made

16
SHARES
113
VIEWS
Share on FacebookShare on Twitter
Need to Know: Here’s what investor says he’s learned from Warren Buffett and Charlie Munger — and the mistakes he’s made 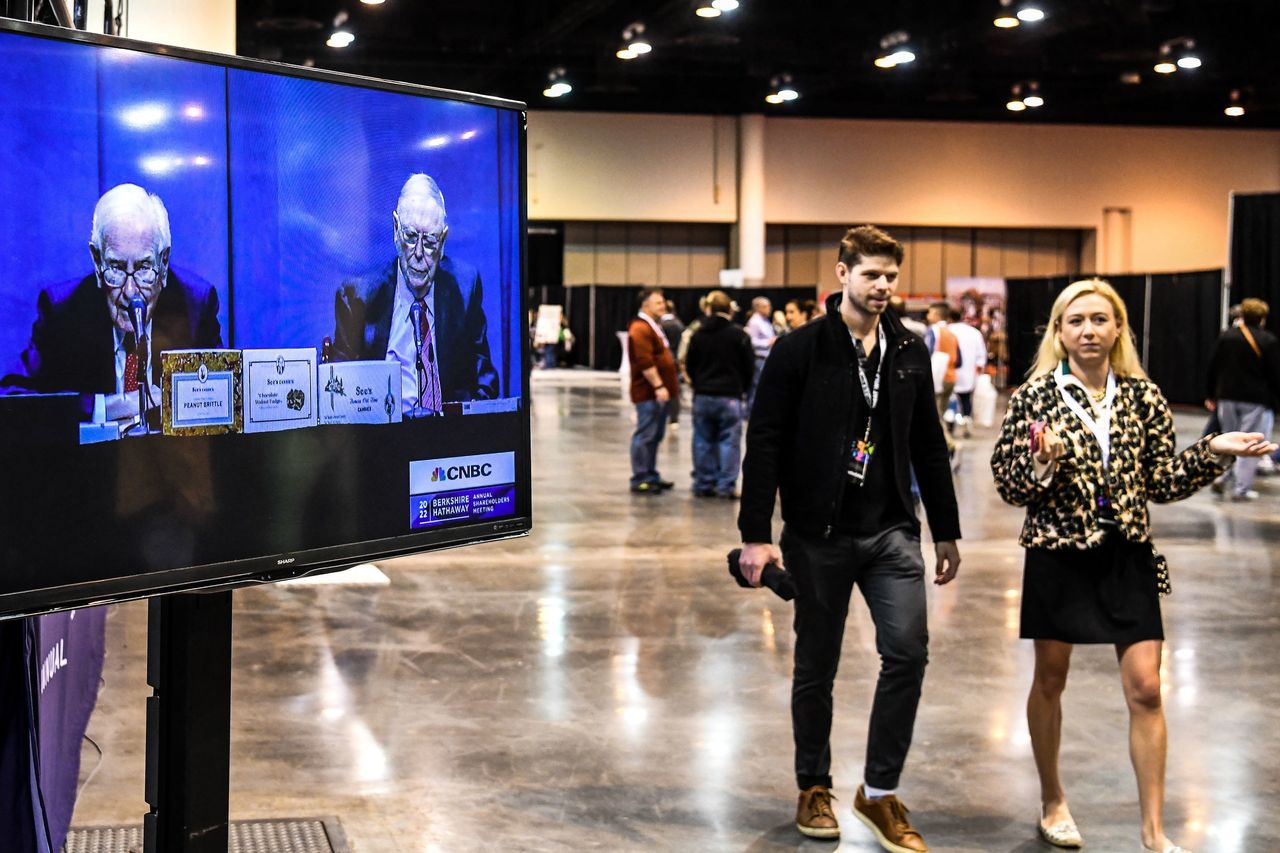 This year has been inescapably awful for investors, as this chart on first-half performance shows.

So in an environment where every short-term move seems to be a bad one, it might be worth getting a longer-term perspective.

Monish Pabrai, the founder of both the Pabrai Investment Funds and the Dhando Funds and an author on investing, gave an interesting interview earlier this month on what he has learned from legendary investors Warren Buffett and Charlie Munger.

As the dot-com bubble at the turn of the century became apparent, he decided to invest in very basic businesses, like funeral homes and steel mills, at two and three times earnings. “I saw the dot-com crash, I didn’t see the severity of the financial crisis coming until it was well into it,” he said.

Right now, he sees bubbles in crypto and in meme stocks like GameStop (GME) and AMC (AMC). In the tech sector, he’s not sure if it has corrected fully or not. “I don’t have bets in that area so it’s not very relevant.”

“I think what investors would be better off doing is not fixating on these things, and just try to focus on things that they are able to understand really well,” he said. TJ Maxx (TJX), he says, is an example of a company that has done well for a long period of time, buying excess inventory at discounts and reselling them.

Funeral businesses he says are another example. “I don’t know who’s going to die in St. Louis next year, but I know how many are going to die ,” he says. The funeral service business isn’t hugely price competitive, as people don’t look for the lowest price to bury their loved ones. “Twenty-two year-olds don’t aspire to go into the funeral business so it has limited competition,” he adds.

Pabrai talks about the advantage of being unoriginal. “Munger actually endorses cloning quite a bit. In investing, no one is smart enough to figure it all out themselves, so one of the things that is a huge advantage in investing is if you can look at what other people you admire and trust have already put their money into.”

He advises against using leverage, because you may not get to play out your hand because of the gyrations in markets.

He regrets being too price sensitive and not getting back into compounders in 2009. “I’m not really interested in making an investment where I can double my money, what I’m really interested is, can I hold something for 10 or 20 years, and can we get 30, 50, 100 times of what we put in.”

Pobrai talked of Warren Buffett’s investment in Japanese trading houses — that Berkshire Hathaway (BRK.B) funded by borrowing in yen at a low rate, and getting dividend yields of around 7% to 8%.

“He is able to show the world that, hey look, there’s something that was sitting there where I could put a lot of money in it but I go to $6-$7 billion without any risk really, and I’m going to make several billion on it.” But the real benefit is that it uses Buffett’s brainpower, just as playing bridge is a use of gray matter from the world’s most famous investor.

Key manufacturing data is ahead, with expectations the June Institute for Supply Management index will slow to a reading of 54.3%. Any reading above 50% indicates improving conditions. The May construction spending report also is due for release. Eurozone consumer prices rose to a record high of 8.6% in June.

Pabrai said Micron is his largest holding. “For the longest time, the memory business was a terrible business,” he said in an earlier interview. But now with just three major players, and with about 30% of the cost of data centers going to memory chips, memory is a tax on all the streaming and e-commerce, he says.

Kohl’s (KSS) shares plunged after the retailer said talks to be bought by Franchise Group (FRG) have ended. Kohl’s also lowered its outlook for sales, now expecting second-quarter revenue to be down by a high single-digit percentage. 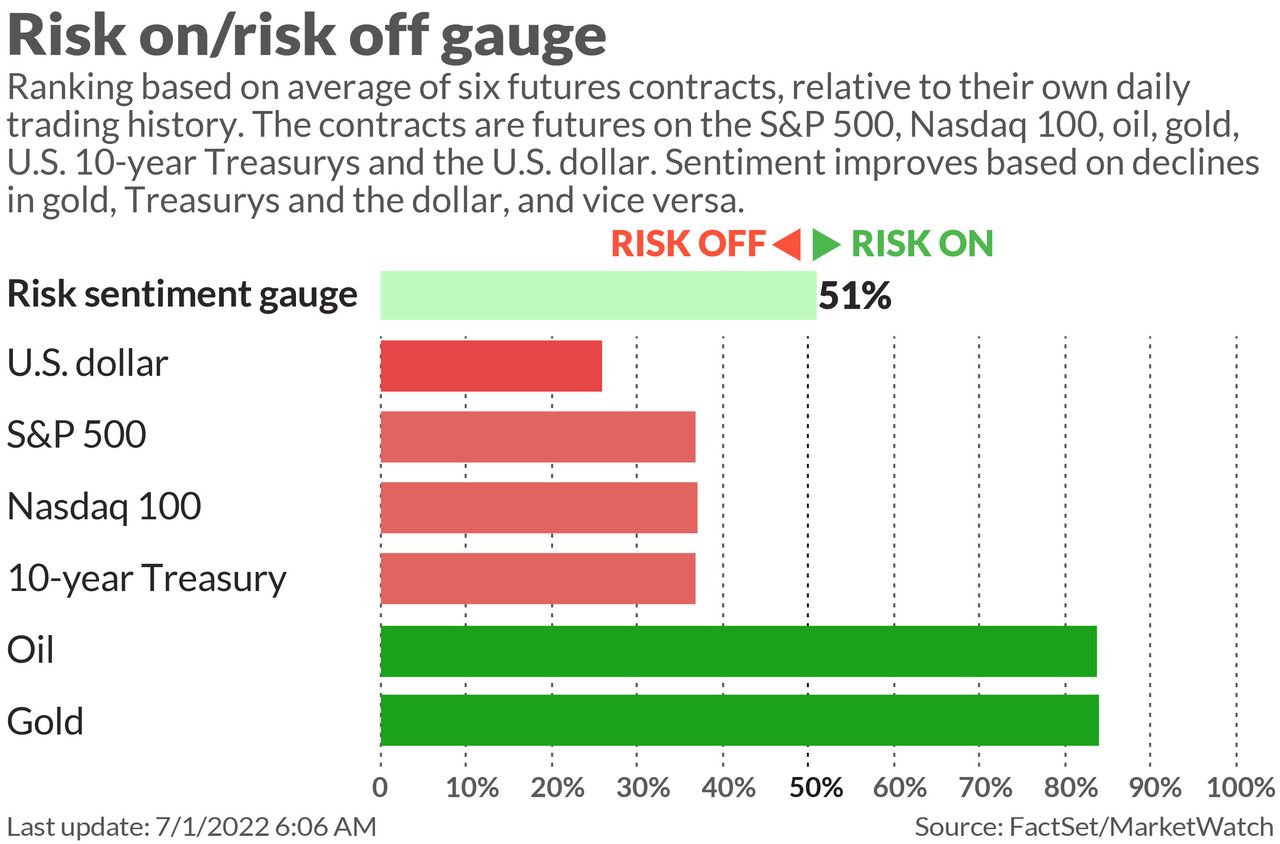 U.S. stock futures (ES00)(NQ00) pointed to a sluggish start to the third quarter, though futures were well off their early morning lows. Oil futures (CL.1) rose, while the yield on the 10-year Treasury (BX:TMUBMUSD10Y)was below 3%.

The missing cryptoqueen has been added to the FBI’s ten most wanted list.

On one hour-long flight, Delta Air Lines (DAL)offered $10,000 to passengers to get bumped.