20
SHARES
144
VIEWS
Share on FacebookShare on Twitter
Need to Know: In a ‘baby with the bathwater’ market, here are a dozen unfairly punished stocks, ripe for a bounce

In a ‘baby with the bathwater’ market, here are a dozen unfairly punished stocks, ripe for a bounce 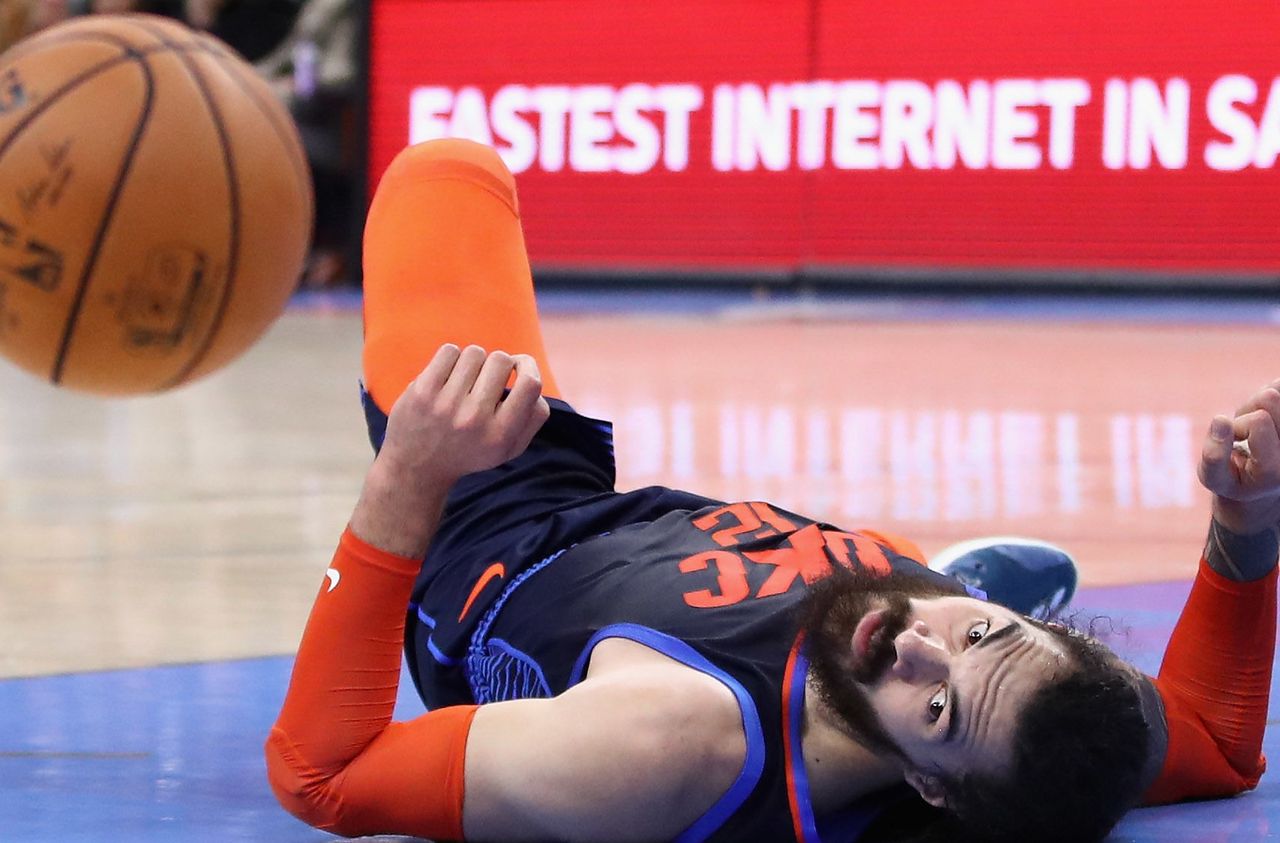 Another equity selloff is brewing as a warning from Snapchat’s parent has triggered broader panic, with fears Snap is the next canary in the coal mine for tech.

Or it just may be another excuse to sell Monday’s rip, a strategy Bank of America recently advised as it believes full capitulation is some ways off.

Getting knocked down along with tech stocks this year have been the smaller companies, which are pricing in a “nasty recession and decline worse than many bear markets,” notes a team of Jefferies strategists led by Steven G. DeSanctis.

Jefferies notes its relative valuation model is now at levels not seen since 2003. While it has been waiting for another shoe to drop — in the form of earnings estimates following gloom from retailers — that has yet to happen. DeSanctis said the team is seeing as many upward as downward revisions in the sector, and it was probably “too aggressive” in cutting its 2022 Russell year-end target to 2080 and earnings growth to 13%.

In our call of the day, the Jefferies team argues that this hard-hit group of stocks has been unduly punished by a “baby with the bathwater” reaction by investors. And the team offers a dozen or more stocks it thinks could be poised for a bounce.

That isn’t all sectors of course, and Jefferies is steering clear of secular growth, as estimates keep falling. Cyclicals are a different story. Exiting a bear market, “these stocks hang with growth, they continue to see better revision trends, and ’22’s estimated growth now stands at over 18%,” said DeSanctis.

Neither is the team leaning toward bond proxies such as defense stocks. “Valuations are well above their long-term averages, driven by big inflows into these sectors, and of course, the group tends to lag when the bear goes back into its cave,” the team says.

And don’t bail on stocks with overseas exposures, as the team thinks China is closer to ending lockdowns (even though Beijing had some gloomy COVID-19 news this week), with plenty of resources to stimulate their economy. “We think this could be like the second half of 2016 when higher overseas exposed names beat the index by over 6% in the back half of the year,” said DeSanctis.

As for the buy-rated names, the team has 14 that have “fallen harder than the index, but did not miss numbers nor see a cut in their estimates.” At the top are Sonos, DraftKings, Aptiv, Floor & Decor and Coty.

Snap (SNAP) is slumping 30%, after the social-media group said it would likely miss quarterly estimates due to a “further and faster than anticipated” deterioration of the economy. It is also hitting the rest of the internet sector — Facebook
parent Meta Platforms (FB), Pinterest (PINS), Alphabet (GOOGL) and Twitter (TWTR).

Fed Chair Jerome Powell later is due to give remarks at a Native American development conference at 12:20 p.m. Eastern Time, with new home sales due at 10 a.m. Eastern.

Meeting with big financial institutions, the People’s Bank of China and China’s banking regulator urged lenders to “go all out to stabilize the fundamentals of the economy.” JPMorgan and UBS have both downgraded China’s economy recently.

Best Buy (BBY) and Nordstrom (JWN) will report ahead of the open, followed by Intuit (INTU) and Agilent Technologies (A) after the close. 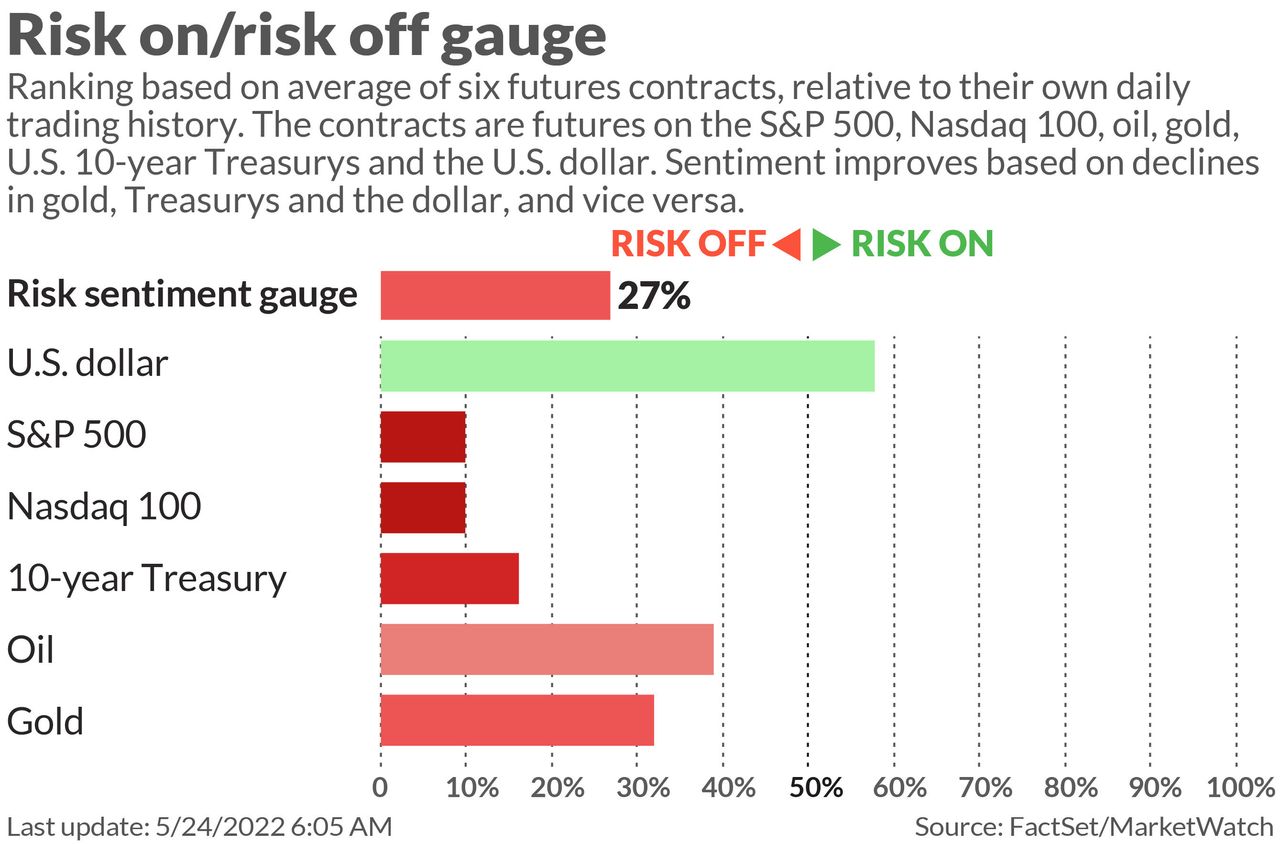 Stock futures (ES00)(YM00)(NQ00) are pushing lower, with bond yields (TY00)(BX:TMUBMUSD02Y) also drifting south, oil prices under pressure and the dollar (DXY) getting some bids, along with gold (GC00).

The latest in the hunt for stock-bottom rationale comes from Stifel’s chief equity strategist and veteran market watcher Barry Bannister, who says he is watching for deteriorating corporate credit to signal further stock downside.

“Tighter financial conditions have unwound the froth, but corporate credit is the downside risk, and upside needs a Fed pause,” he tells clients in a note. 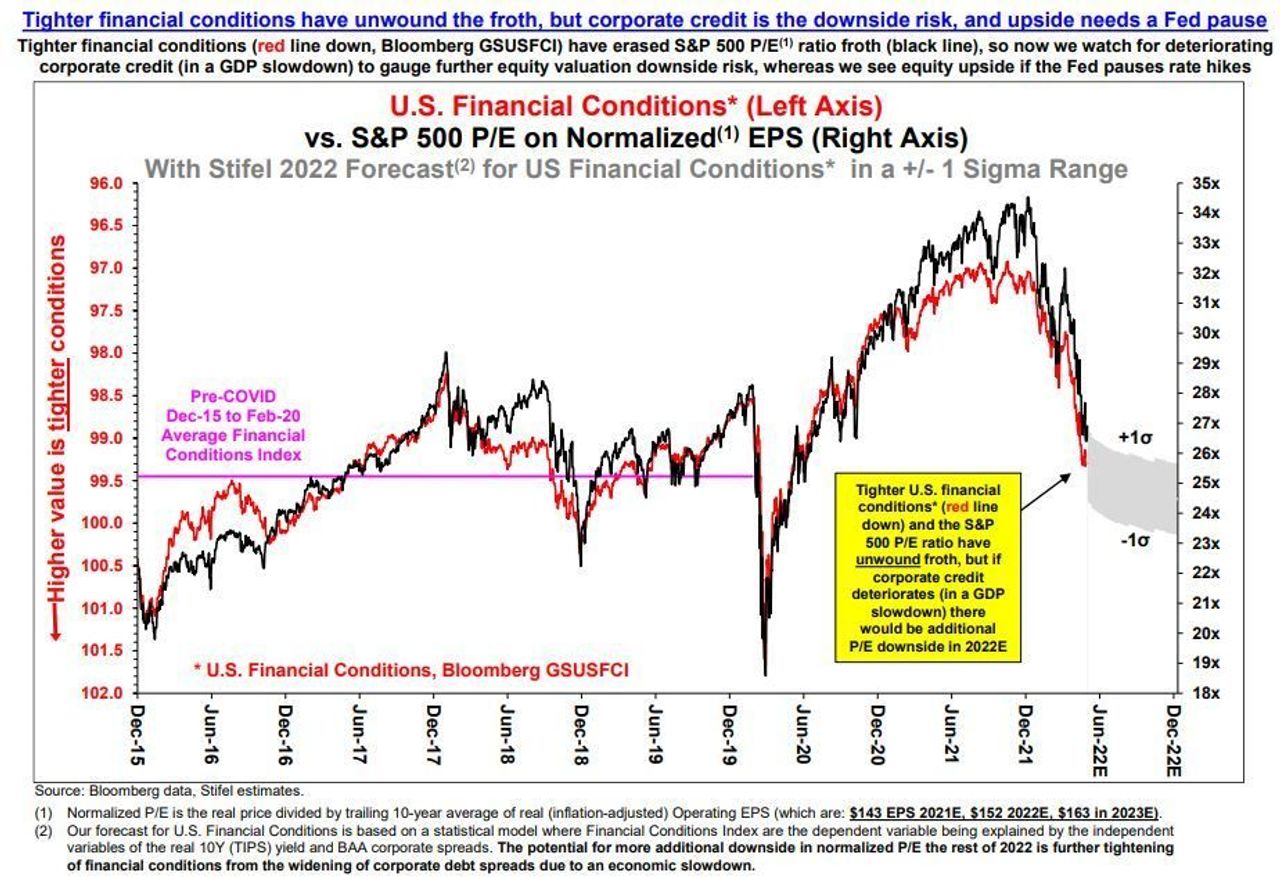 Read:
When will stocks find a bottom? Treasury yields need a footing first, says this strategist.

These were the top-searched tickers on MarketWatch as of 6 a.m. Eastern:

Big crowds turned out in London to hop on the new Elizabeth metro line.

For the rest of us mortals, high gas prices may mean holidays in our heads only: