Investors are in a historically rotten mood. Their three biggest fears are overblown, strategist says. 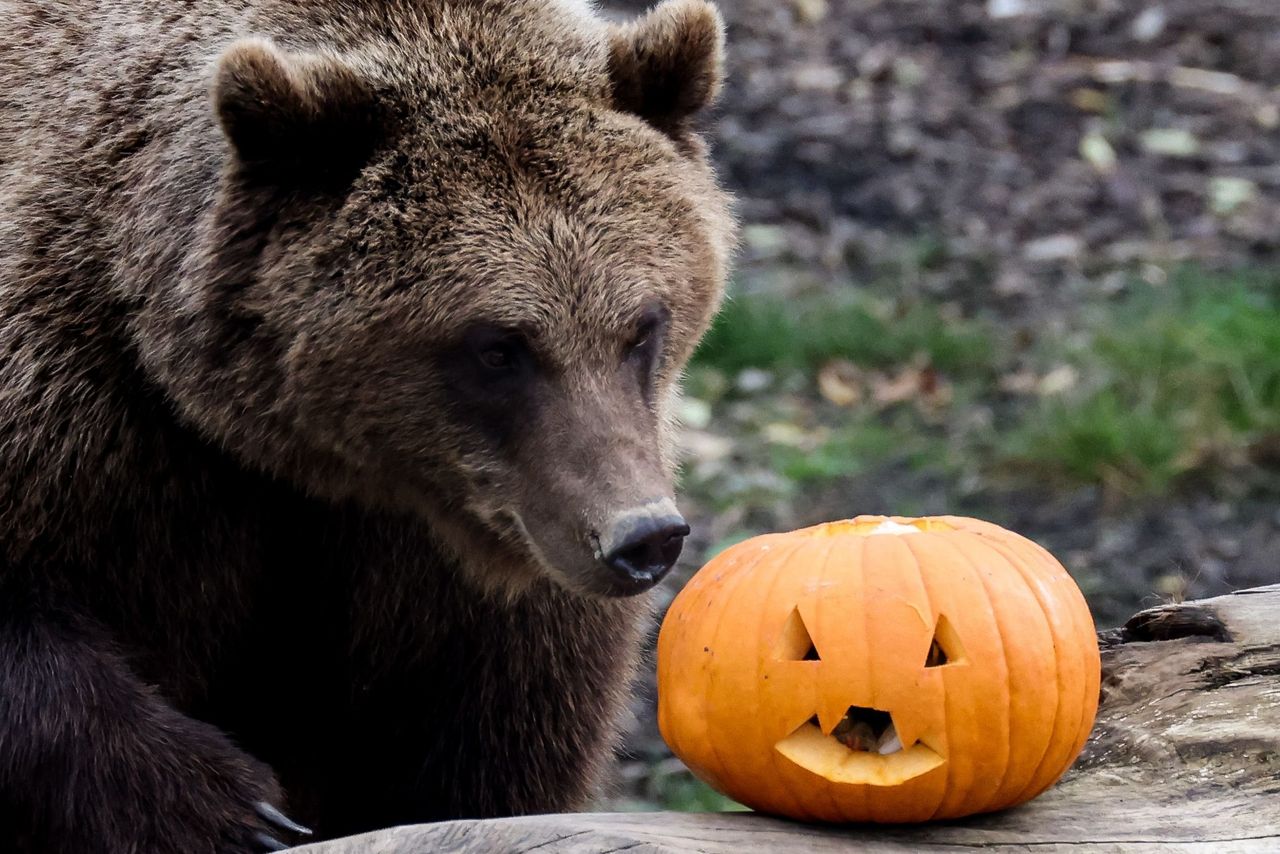 The American Association of Individual Investors has been tracking retail sentiment since 1987, and this week, wow has that mood been rotten. The spread between bullish and bearish sentiment nosedived to -17%, from positive 12% just a week earlier. That’s the lowest read since October 2020, and the biggest one-week drop since August 2019.

The good news is that quick downturns in investor pessimism are usually unfounded. Buying last October, ahead of the U.S. election, would have netted a cool 33% gain in the S&P 500 (SPX). Buying the blues of August 2019 would’ve left an investor up 17% a year later.

In a note to clients, Truist Advisory Services chief market strategist Keith Lerner takes on three of the biggest concerns that investors have — and why he’s bullish anyway.

The first is the idea of peak economic growth being reached. Lerner says the evidence favors the idea that the delta strain of coronavirus deferred rather than capped growth. “We now expect roughly 6.2% U.S. economic growth for this year and a healthy 4.5% pace next year, which would still be about double the pre-pandemic trend,” he says. The Citi U.S. Economic Surprise Index has fallen so much that it’s now at an area where it tends to rise again.

The next issue is the likely taper of bond purchases by the Federal Reserve. Lerner notes it’s well-telegraphed, that in any event the Fed will still be buying bonds next year, and that the economy is in a much stronger position than it was during the 2013 taper.

The third issue is the tax hikes, for corporations and investors, being considered by Congress. Lerner says the consensus is that the corporate tax rate will be raised to 25% from 21%, and capital-gains taxes will be increased to 25% from 20% for those making over $400,000.

Lerner says when the historical impact of tax policy on market returns and economic growth is examined, there isn’t a consistent relationship. For example, in the high-tax 1950s, there were the best stock market returns of the past 70 years as well as a robust economic environment; in the low-tax 2000s, there was the bursting of the technology bubble as well as the global financial crisis.

“We are not suggesting that taxes don’t matter. Instead, our works shows that taxes are only one of many factors that influence market returns. Moreover, the business cycle tends to overwhelm tax policy,” he says, estimating a 5% drag on corporate earnings from tax proposals.

What does look attractive, he says, is relative valuation. The equity risk premium, a metric that compares the valuation of stocks to bonds, remains at a level that has historically corresponded with stocks outperforming bonds on a 12-month basis, he says. 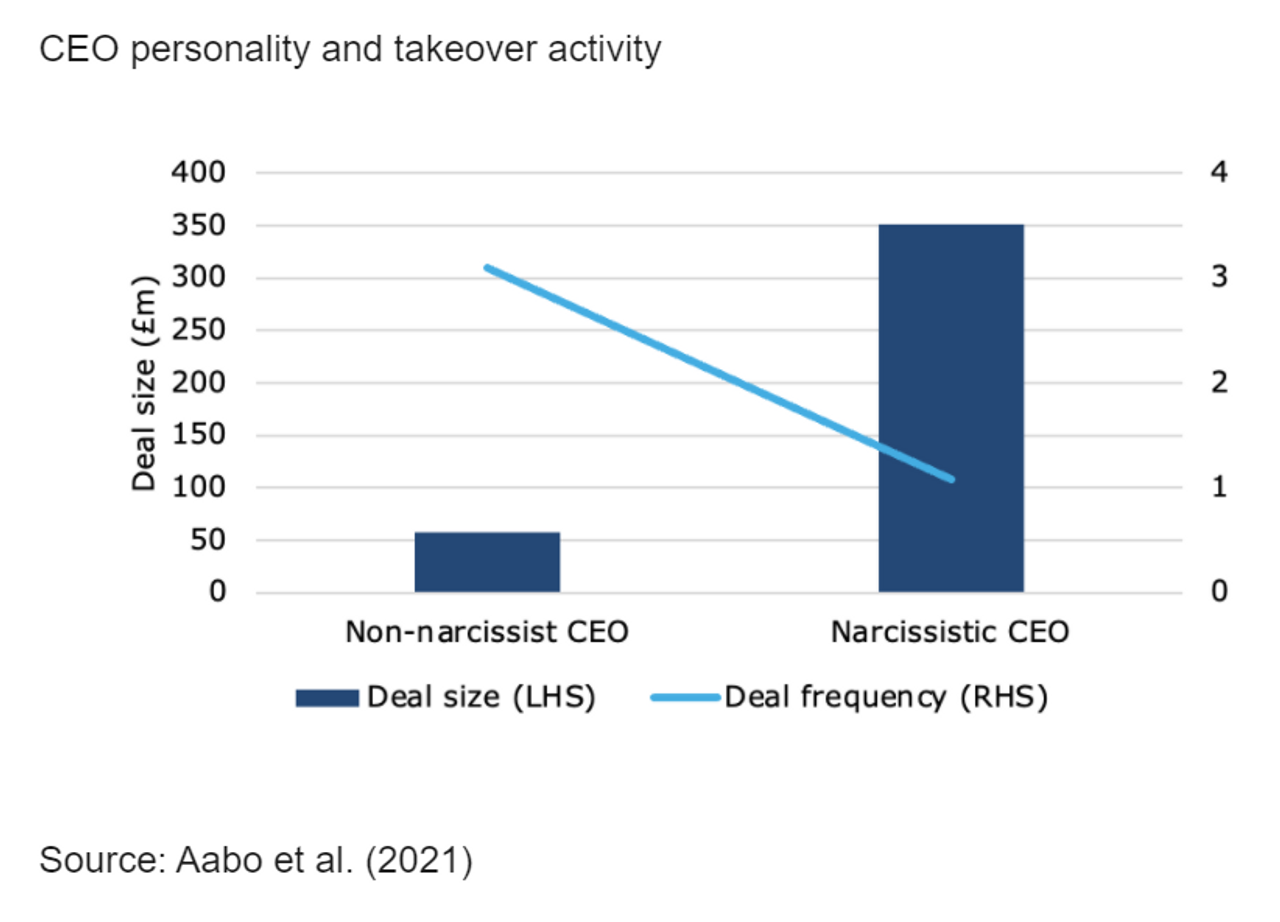 A study finds that narcissistic chief executives drive fewer, but larger, mergers and acquisitions. But how do you identify narcissism? By studying conference calls, and their use of personal pronouns. “The higher this ratio of first person personal pronouns to all personal pronouns is, the more likely it is that a CEO will try to engage in dumb outsized acquisitions that will lead to lower shareholder value,” says Joachim Klement, the Liberum Capital strategist who also maintains his own blog.

Invesco (IVZ) is in talks to merge with State Street’s (STT) asset management business, in a deal that, if reached, would create a clear number-three player behind BlackRock (BLK) and Vanguard in the exchange-traded funds business, according to The Wall Street Journal.

A Food and Drug Administration advisory committee is holding a meeting on whether coronavirus vaccine booster shots — and specifically, the one made by Pfizer (PFE) and BioNTech (BNTX) — should be administered.

U.S. Steel (X) said its operating profit would improve sequentially to $2 billion from $1.3 billion, as it forecast the ratio of net debt to adjusted EBITDA is projected to be approximately 0.6 times at quarter end.

The People’s Bank of China injected roughly $14 billion of short-term funds into the banking system, as concerns mount over China Evergrande’s (HK:3333) ability to repay its staggering debt.

The will of Prince Philip will remain a secret for 90 years.

Two ethics complaints have been sent over Rep. Alexandria Ocasio-Cortez’s acceptance of free tickets for the Met Gala, where she sported a “tax the rich” dress.

A message in a bottle was discovered in Hawaii — after being sent 37 years ago, in Japan.

3M stock sinks to lead the Dow’s losers, heads for first close
below 200-DMA in 13 months

Market On Close Imbalance: $1.2B buy