Investors are overlooking this one thing, major bank says as it sets 4,000 target on S&P 500 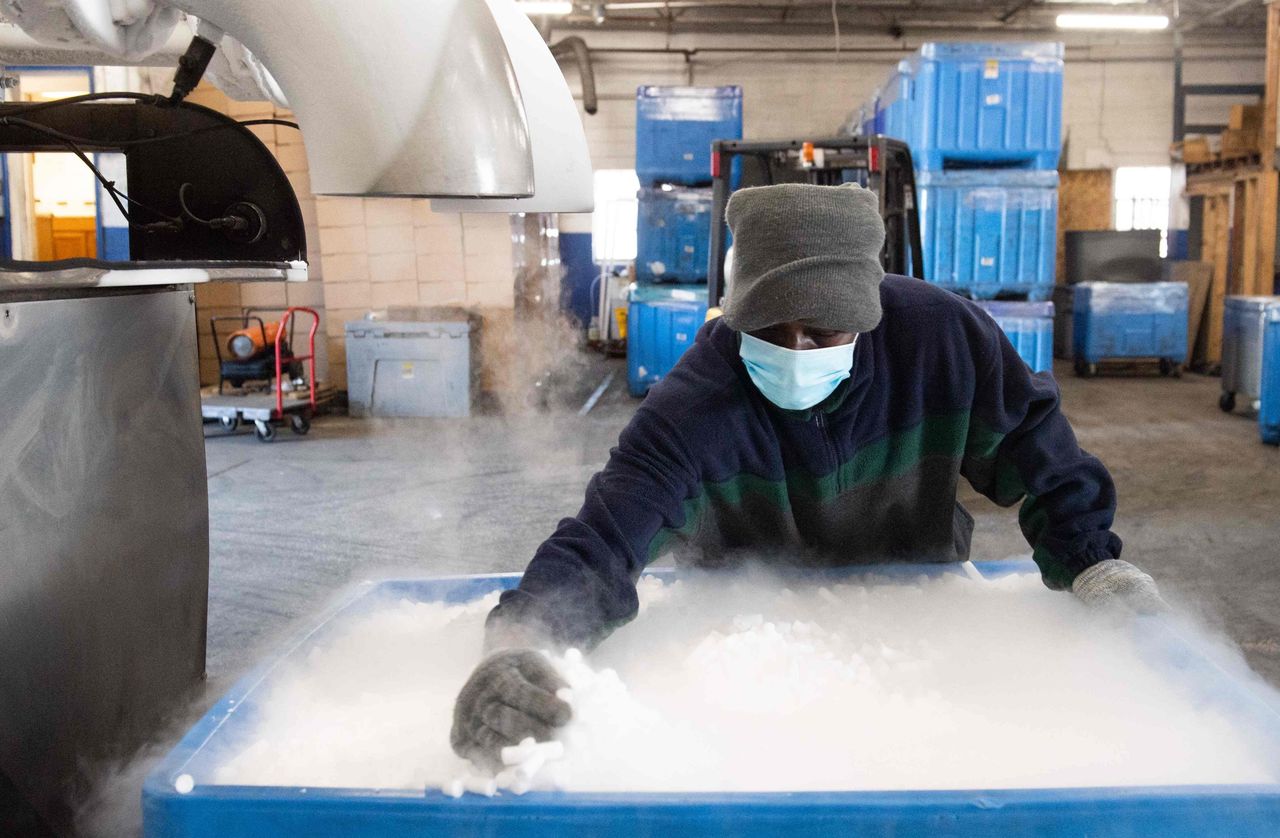 Even in this most turbulent of years, some seasonal traditions persist — like the publishing of sell-side year-ahead outlooks.

Barclays on Tuesday released a 109-page tome, but the result will look familiar — the U.K. bank expects stocks to go up. Barclays says the S&P 500 SPX will reach 4,000 by the end of 2021, along with a 10-year Treasury yield of 1.25%. That puts Barclays about in the middle of Wall Street estimates — Jefferies, for instance, separately hiked its year-end 2021 target to 4,200.

Ajay Rajadhyaksha, head of macro research for Barclays in New York, says investors often overlook a third point when weighing the optimism over vaccines with the pessimism over the current spread of coronavirus — that economic growth, particularly in the U.S. and China, has recovered far stronger than expected. “Whether due to an absence of pre-COVID excesses, continued help from H1 20 policies, or the ability to find workarounds during COVID, the fact remains — the world is better placed than most investors hoped for six months ago,” he says.

Valuations matter, he concedes, “but with central banks set to remain accommodative for several years, a likely drop in global trade tensions, and unappetizing fixed income returns, we remain overweight risk assets over core bonds.” Barclays says S&P 500 earnings per share will reach $173 next year, which it says is $5 more than consensus expectations, thanks to stronger economic growth.

In the U.S., Barclays recommends overweights in industrials, hardware and semiconductors, and health care, and underweights in consumer staples, utilities, real estate and communication services.

Emerging markets EEM may be even bigger winners. “Not only do China, South Korea and Taiwan (all of which have managed to keep COVID under control since March and benefited economically as a result) constitute 60-65% of the EM equity index, but we expect COVID-hit EM economies to have high beta to the overall recovery. Throw in light positioning, a dovish Fed, improving [developed market] demand and reduced trade tensions, and the stage is set for EM stocks to outperform DM, in our view,” Rajadhyaksha says.

The U.K. became the first western nation to grant emergency-use authorization for a COVID-19 vaccine, allowing the shot made by drugmaker Pfizer PFE and partner BioNTech BNTX to get limited distribution. The news came as the U.S. inched closer to the 100,000 mark for new hospitalizations, with 98,691 on Tuesday, according to the COVID tracking project.

It is a busy day on the economics front. ADP reports its estimate of December private-sector payrolls and the Beige Book of economic anecdotes is set for release. Federal Reserve Chair Jerome Powell and Treasury Secretary Steven Mnuchin testify for a second day, this time in front of a House committee, as the Fed’s supervisory head Randal Quarles as well as New York Fed President John Williams are due to speak.

The Justice Department is investigating whether there was a secret scheme to lobby White House officials for a pardon, a development President Donald Trump labeled “fake news.” Court documents don’t reveal who is the target of the probe.

Gold GCZ20 was stronger. The pound GBPUSD was lower, on reported comments from the chief European Union negotiator that a deal might not be struck with the U.K. 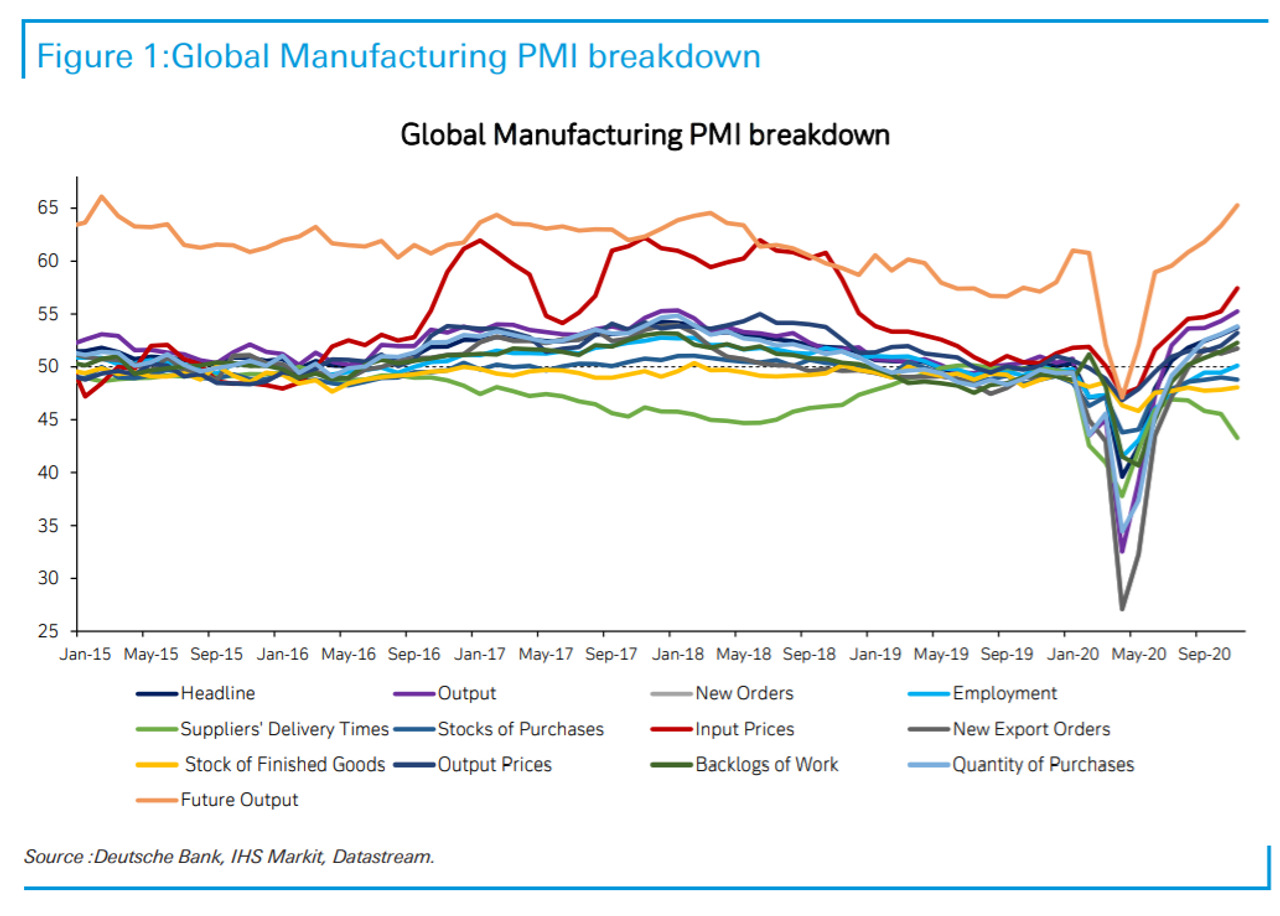 The U.S., China, Germany, India and the U.K. on Tuesday reported buoyant manufacturing purchasing managers index numbers, and Japan at least reported improving figures. “There has been plenty of chatter that financial market ebullience on the vaccine news is out of step with the events on the ground. But at least when it comes to the goods sector, it is clear that the manufacturing sector is already showing buoyancy that is not simply about future inflated vaccine optimism, but is reflected in current production and orders data,” said Alan Ruskin, macro strategist at Deutsche Bank. “Rather than the real economy setting financial markets up for some failure, the PMI data looks better set for the recovery to support financial risk, in turn helping the real economy, in a virtuous
cycle.”

San Francisco Mayor London Breed, like California Gov. Gavin Newsom, attended a birthday party at the Michelin-starred restaurant the French Laundry. The San Francisco Chronicle says it isn’t clear whether her meal was in compliance with the state’s three-household limit.

A new “atlas of the universe” includes a million previously unknown galaxies. 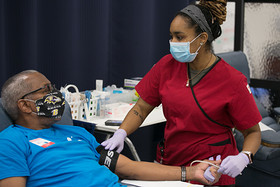 The U.S. blood supply is so low, blood banks are offering donors VIP Jets tickets or Krispy Kreme donuts for a year 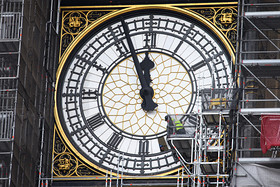 Why the
2020s could favor market-timers over buy-and-hold U.S. stock investors 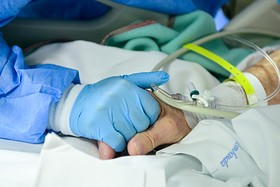 U.S. is heading for 100,000 COVID-19 patients in hospitals as experts worry about a coming Thanksgiving travel spike

Protected: OP: Despite [Fill in the Blank]